Dedicated readers might love us as much as they love their mothers, but we like to be realists here at D’Marge. An old fashioned slab of tree in your hands is sometimes a much more convenient option than attempting to engage in a futile battle with in-flight Wi-Fi.

When you’re flying 35,000 feet in the air and kicking back to some bubbly (or simply looking for a classy distraction from the shoeless passenger beside you), these are the best magazine subscriptions a man will ever need. 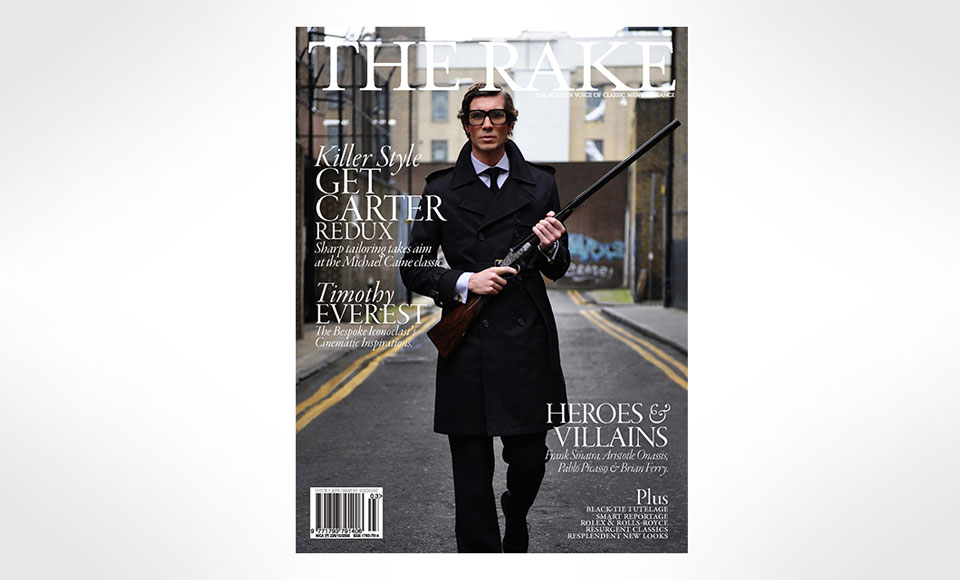 The Rake is a bimonthly men’s style and artisanal luxury magazine that’s been in publication since December 2008. Calling itself ‘The modern voice of classic elegance,’ The Rake seeks to capture a bygone era of sophistication inspired by classic fashion icons like Cary Grant, Fred Astaire, and Gianni Agnelli (whose nickname, ‘The Rake of the Riviera,’ gave the publication its name). Between its covers you’ll find in-depth commentary on clothing, travel, art and design, entertainment, health, food, and more. 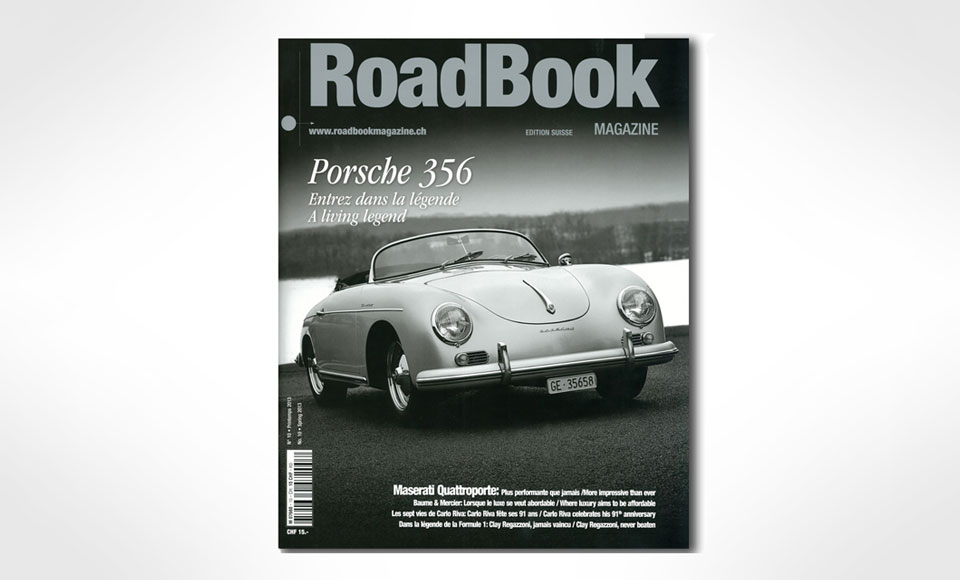 The ‘gentleman’s driver magazine’ RoadBook is a must for all auto junkies. The quarterly publication is known for its simple and highly visual coverage of vintage and contemporary cars. Cover to cover, RoadBook is filled with gorgeous, high-quality photographs of automobiles that will tempt you to drain your bank account and go on a buying spree. 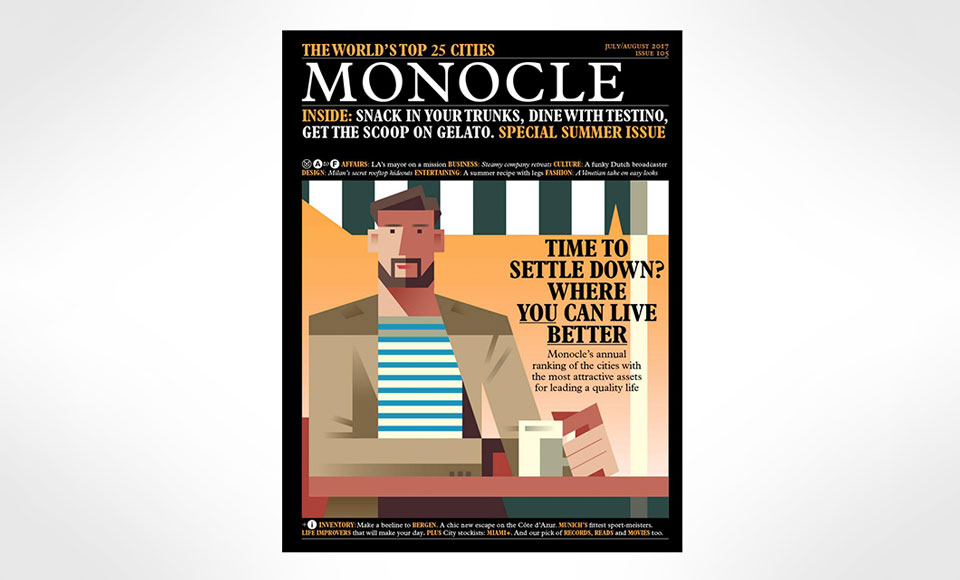 Tyler Brûlé – Canadian entrepreneur, Financial Times columnist and founder of Wallpaper magazine – unveiled the first issue of Monocle in February 2007. The magazine offers the thinking man a globalist perspective on fashion, design, business, culture, and international affairs. In addition to the printed publication and website, Monocle is also responsible for a round-the-clock radio station, shops in New York, London, Toronto, Tokyo and Hong Kong, a TV show, and cafés in Tokyo and London. 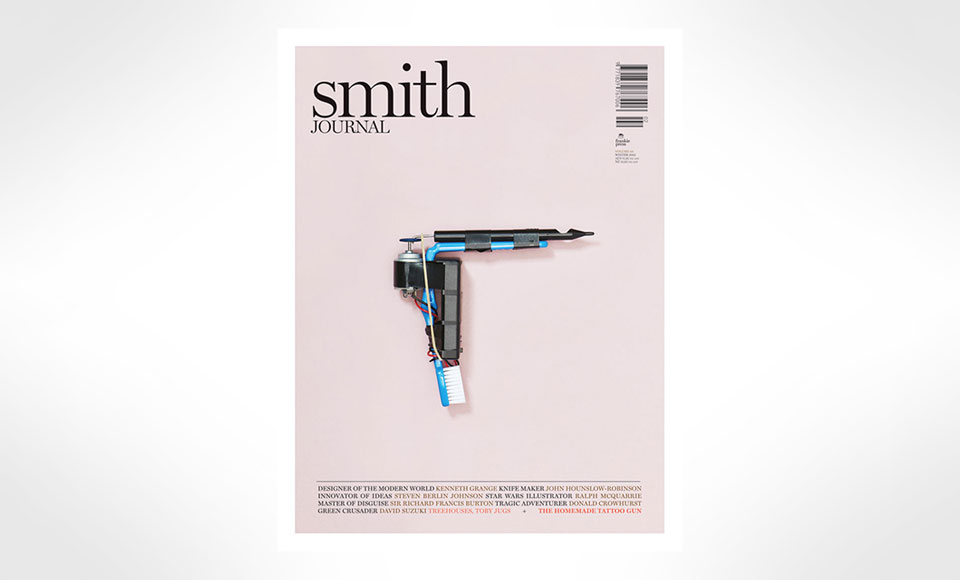 Striking design, stories with substance told in a way you’d tell your friends at the pub. Do we have your attention yet? Smith Journal is an Australian quarterly magazine which takes a serious stab at telling genuine stories that are often unexpected, interesting, funny and sometimes complicated. Whilst their editorial focus is less on the latest and greatest trends of today, they excel at uncovering stories that tend to stand the test of time. More importantly it’s designed to be read without shame and will look right at home on any sophisticated man’s coffee table. 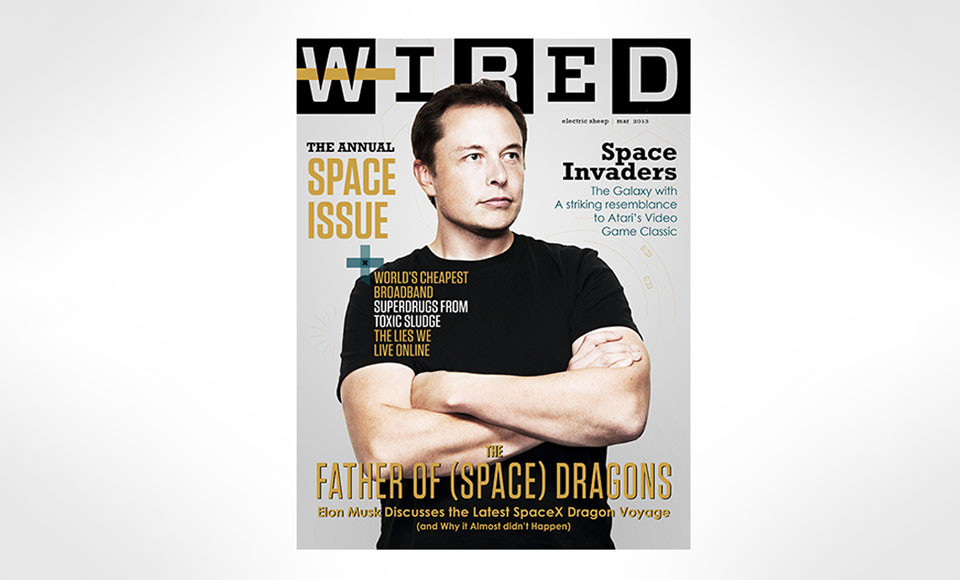 Wired has been reporting on the influence of technology on culture, politics, and the economy since January 1993. The full colour monthly magazine and online periodical launched under the lofty title ‘the Rolling Stone of technology,’ survived the dot-com bubble, and has now expanded to include more mainstream coverage. Wired has become known for popularising and coining new terms, like ‘the Long Tail’ and, more recently, ‘crowdsourcing.’ Avoid becoming a luddite and get your monthly dose of tech smarts. There are American and U.K versions of the magazine so choose your location wisely. 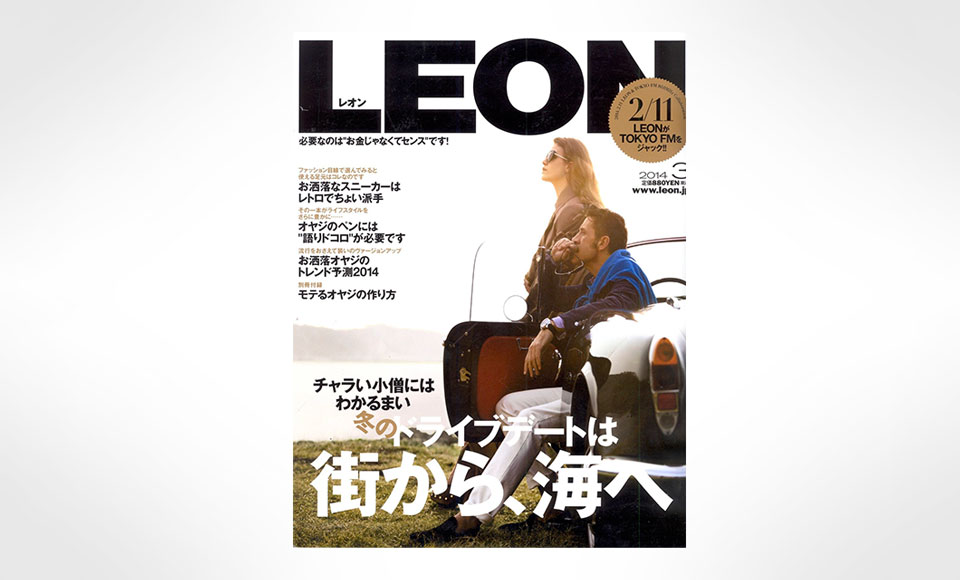 Unlike their counterparts in other countries, Japenese men’s fashion magazines often devote acres of real estate to candid street shots of well-dressed civilians. LEON takes its inspiration from the choiwaru oyaji, or ‘bad-yet-cool old guys,’ of Milan and Florence (and yes, there’s a biannual special called Snap! which consists entirely of street shots). If you’re into the Pitti Uomo look, you’ll like what LEON has to offer. Who would have guessed that you’d be learning to perfect the Italian art of sprezzatura from a Japanese publication? 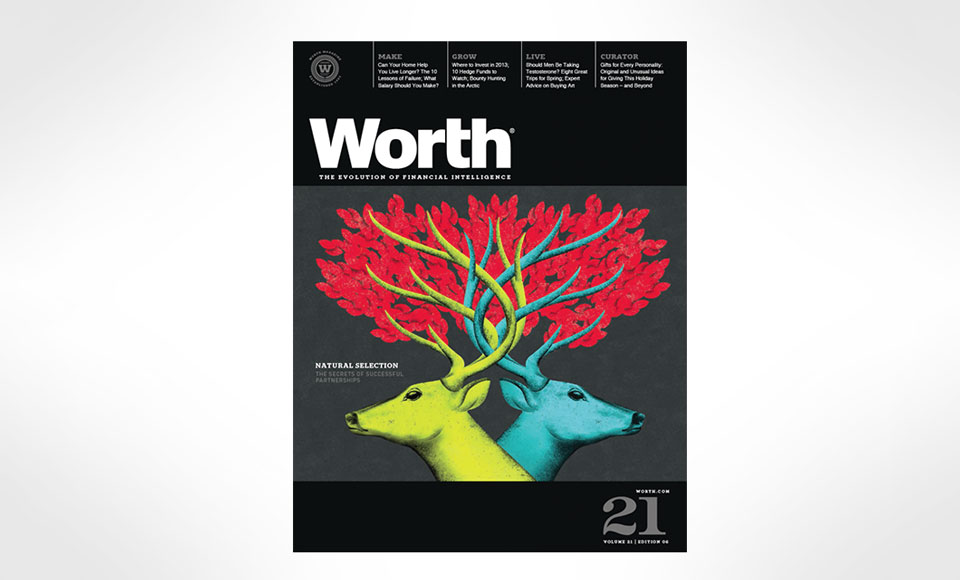 Worth is the modern man’s guide to wealth management and lifestyle for those foraging in the upper echelons of society (or those who aspire to be). Besides rocking a premium feel and slick design, the captivating content is also easy to consume with every issue organised into four defined sections: ‘Make’ – for teaching readers about money making and entrepreneurship, ‘Grow’ – for wealth management and investing, ‘Live’ which focuses on philanthropy and lifestyle and ‘Creator’ which covers luxury products, services and experiences. 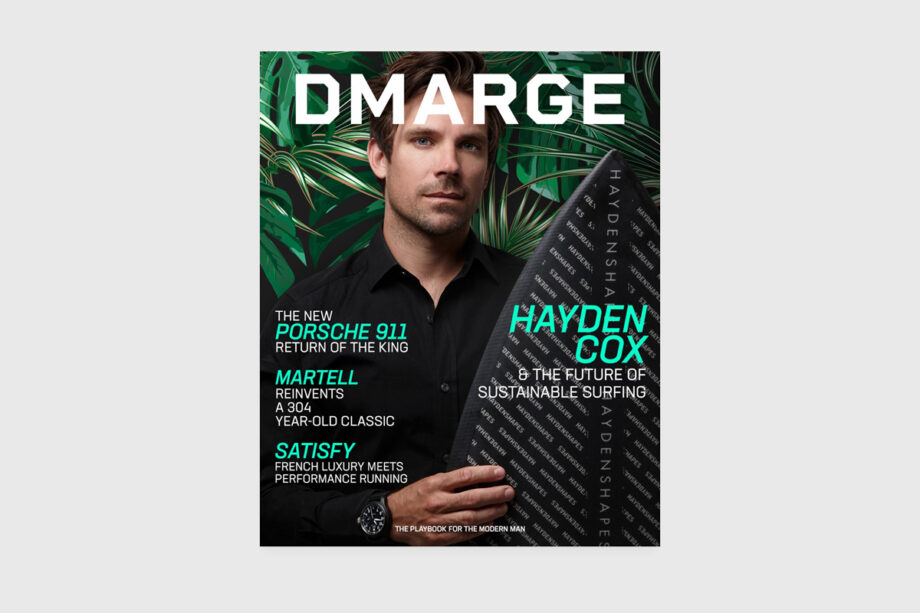 In 2017 the Magnificent Bastards behind this very site decided to try their hand at print. Why? ‘Why not’ was the basic reason provided by the ship’s captain. And we also secretly think he was just bored. But nonetheless, DMARGE was born, an emphatic extension of our wildly popular weekly series which looks all of the world’s most sought after toys for men – including those that are near-unattainable. The result is a magazine which is unashamedly irreverent in its approach to sharing stories of the world’s coolest stuff and the human faces behind said cool stuff. 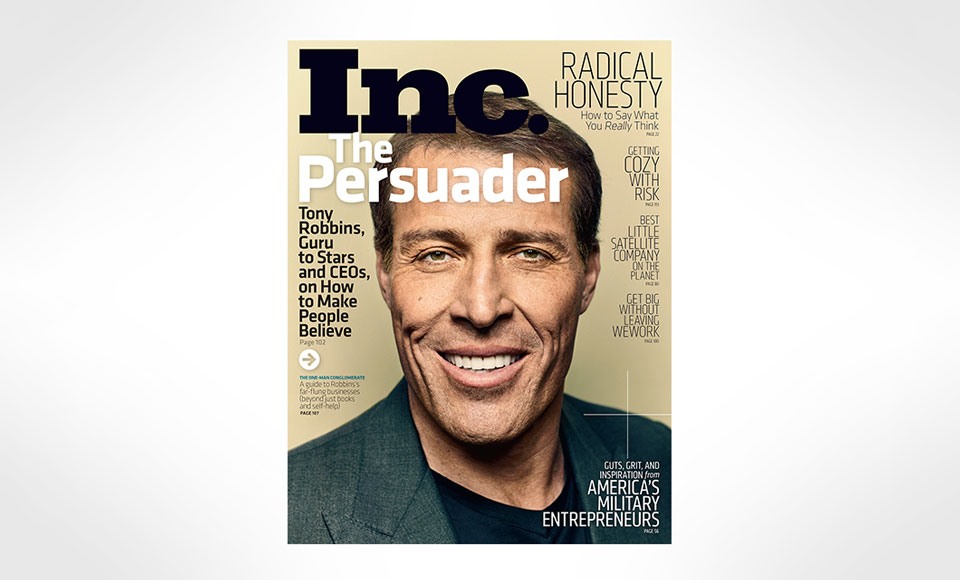 Inc., as the name suggests, is an American publication which details the world’s fastest growing companies as well as the superstar entrepreneurs that come with the fold. The content itself is often immersive and inspirational with professional advice from those who’ve walked the business path and succeeded. Besides an arsenal of business tools on offer, the magazine also publishes an annual list of the 500 and 5000 fastest-growing publicly held small companies in the U.S. If you’re a small business or start up looking for the latest strategies and advice, this is the subscription for you. 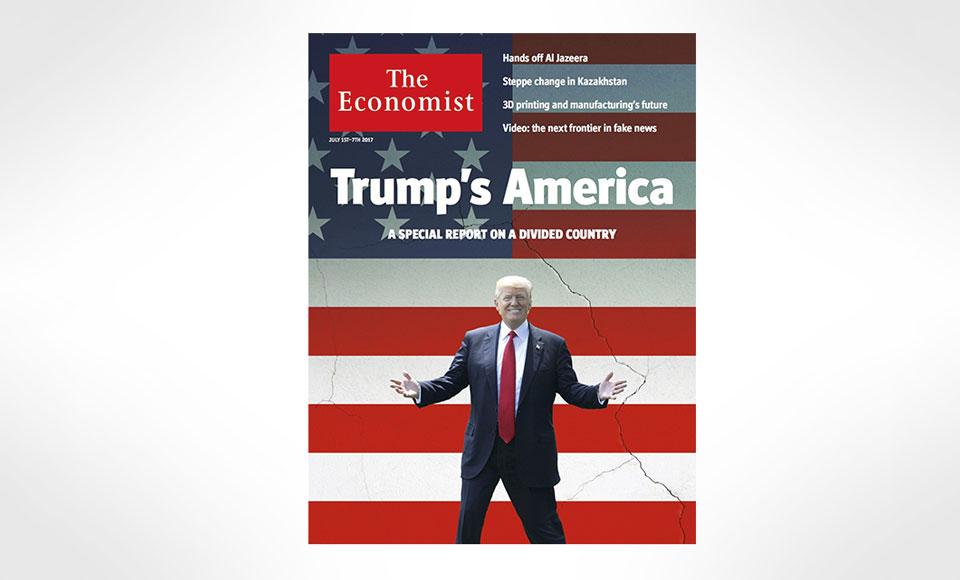 The Economist is one of the world’s oldest magazine-format newspapers which began publishing under its founder, James Wilson, in September 1843. Content-wise the publication offers an authoritative insight and opinion on international news, politics, business, finance, science, technology and the connections between them. If it baffles and is a topic of discussion in this world, The Economist is onto it with stories that will provoke and enrich the mind.

Ikea Alternatives: Where To Shop Scandinavian When You’ve Outgrown IKEA