As the coronavirus outbreak rapidly evolves into a global pandemic, huge stock selloffs are almost par for the course at the moment.

Daily falls on the Small Ords have typically been a little more extreme since the selloff began, and it was down 3.5 per cent to 2,632 points.

Local markets appeared to get a small boost shortly after midday (AEST), when stocks in Shanghai commenced trading. With volatility spiking, whether the gains will be short-lived is anyone’s guess.

Australia’s RBA is set to make its monthly rates announcement tomorrow. Markets are fully priced for at least one rate cut, with some analysts now speculating the RBA could move to cut rates by 50 basis points. 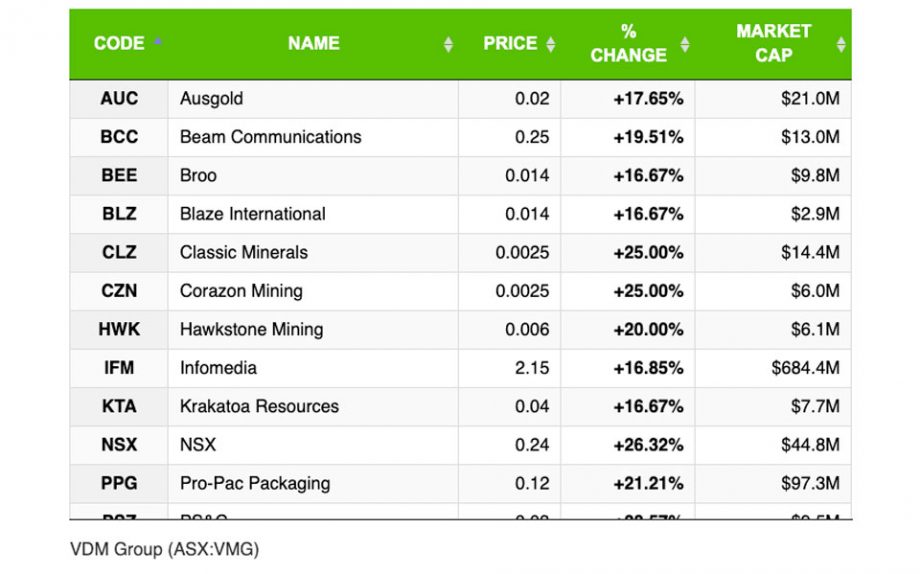 Amid the sea of red, there was some interesting price action for mining and construction company VDM Group.

However, shares in the company ticked higher to 0.4c — good enough for a morning gain of 300 per cent. 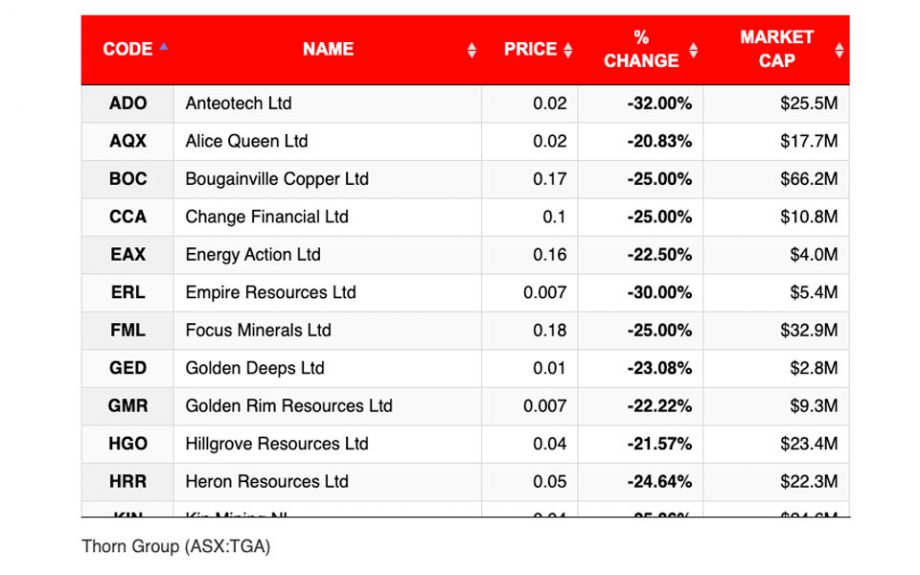 A technical correction that’s rapidly turning into a bear market isn’t a great time to issue a profit downgrade.

The company said its previous guidance for a small downgrade “will now not be met due to rising arrears in its business finance division, prompting higher write-offs and bad debt impairment provisioning than previously expected”.

Thorn Group also announced it had completed its enforceable undertaking with ASIC, which required it to remediate eligible customers “in relation to historic lending practices”.