From giant prawns to Shannon Knoll, Australia has plenty to offer the rest of the world and one thing we seem to be doing pretty well at right now is street art. Sydney, Melbourne and other pockets of creativity around the country have become hotbeds for street and graffiti artists to showcase their talents and make the brick walls and alleyways of Australia great again.

From Mulga’s hipster gorilla on Bondi Beach to wall-to-wall graffiti down Melbourne’s Hosier Lane and St Peters May Lane, and Numskull’s reminder that we are ‘Here, Now’ on Sydney’s Park St, here are the 9 places to see Australia’s coolest street art for yourself.

There’s nothing like soaking up Sydney on Bondi Beach. The Australian icon is home to white sands, blue water and bikini-clad women, but it’s also home to some great street art.

In fact, bright graffiti works and murals run the length of the beach, but this one from Sydney-based Mulga the Artist has to be a D’Marge favourite.

Mulga’s Glengarry the Gorilla is featured in the mural with ice-cream in hand and the quote “Sweet summer, stomach filler, this is an icecream, and I’m a gorilla.” It’s a must-see for tourists and Bondi hipsters alike.

As part of the 2013 ‘Hit The Bricks’ art festival in Newcastle, street artist Adnate transformed the drab brick walls of Bishopgate St in Wickham into an artistic masterpiece.

The lifelike mural depicts an Aboriginal child’s face and has since become somewhat of a street art icon in Australia. Adnate’s work has been commissioned internationally, in 2013 he entered a portrait in the Archibald Prize and a year later collaborated with friend of D’Marge Vincent Fantauzzo on a CBD mural.

In the depths of Sydney’s Inner West, an incredible street art mural by some of Australia’s most talented street and graffiti artists can be found.

Dubbed the ‘Australian Banksy’, Fintan Magee has made his mark on plenty of Sydney suburbs, from Newtown to Leichardt, but also across the pond in Colombia, Argentina, Copenhagen and across the US.

One of Magee’s most incredible works has to be ‘The Hikers’ in Newtown, which along with Magee’s other work has actually been supported and endorsed by many local councils.

Street artist Pudler has worked on a handful of recognisable Sydney establishments like the WORK-SHOP headquarters on Cleveland St in Redfern but this one in Marrickville is a definite highlight.

Pudler lent his creative talent to the Factory Theatre for a One Day Sundays event, resulting in this bright gold and green mural not to be missed if you ever find yourself wandering the streets of Marrickville.

May Lane in the Sydney suburb of St. Peters is a prime example of how support for legal street art is gaining momentum in the city, and actually becoming a drawcard for tourists and visitors.

The May Lane Art Project, directed by Tugi Balog, began when he invited artists to paint the walls outside his framing business 6 years ago and has since attracted artists from all over the world. Despite some resistance from local residents, May Lane is no doubt an eye-catching and unique feature of St. Peters.

Much like May Lane in St. Peters, Melbourne’s Hosier Lane has become a tourist destination as much as a legal place for street artists to showcase their talents.

The iconic laneway has been noted for the quality and often political nature of its art and has been featured in the state-sponsored book ‘The Melbourne Design Guide’ and in Tourism Victoria’s ‘Lose Yourself in Melbourne’ advertising campaign. It also features work from internationally recognised recognised street artist Banksy.

“Modern society is fast paced. Time is precious and often neglected. We need to slow down, take it all in and start living in the moment. This mural will inspire onlookers to challenge their perspective about how precious life’s moments are.”

Numskull’s Park St mural ‘Here, Now’ was painted for the Art & About Festival and is one of Sydney’s largest murals. 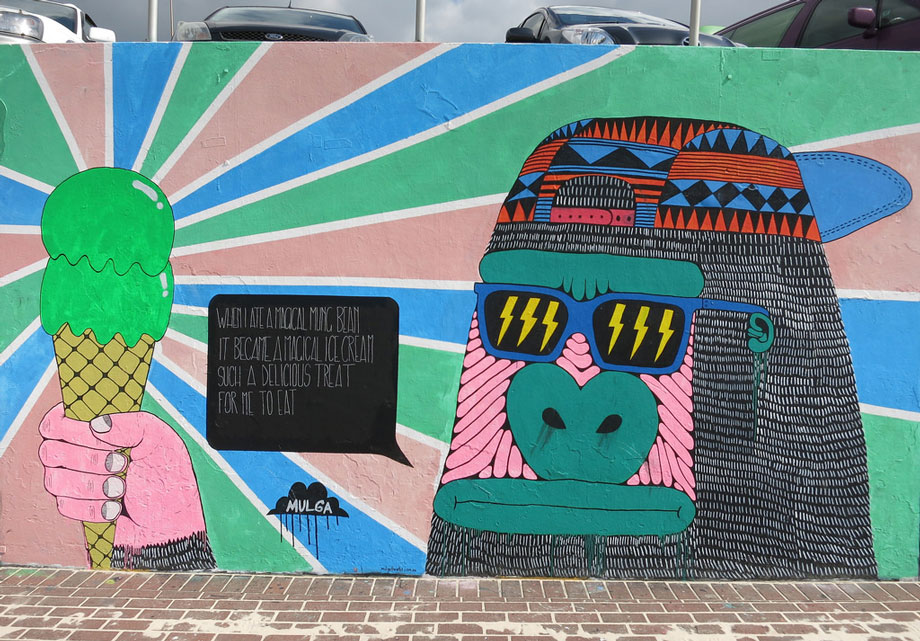 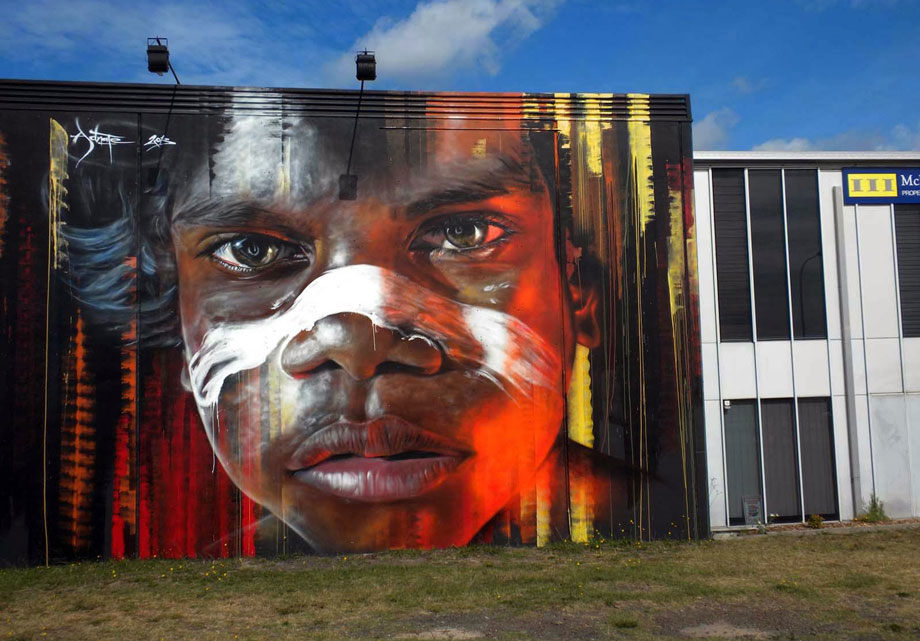 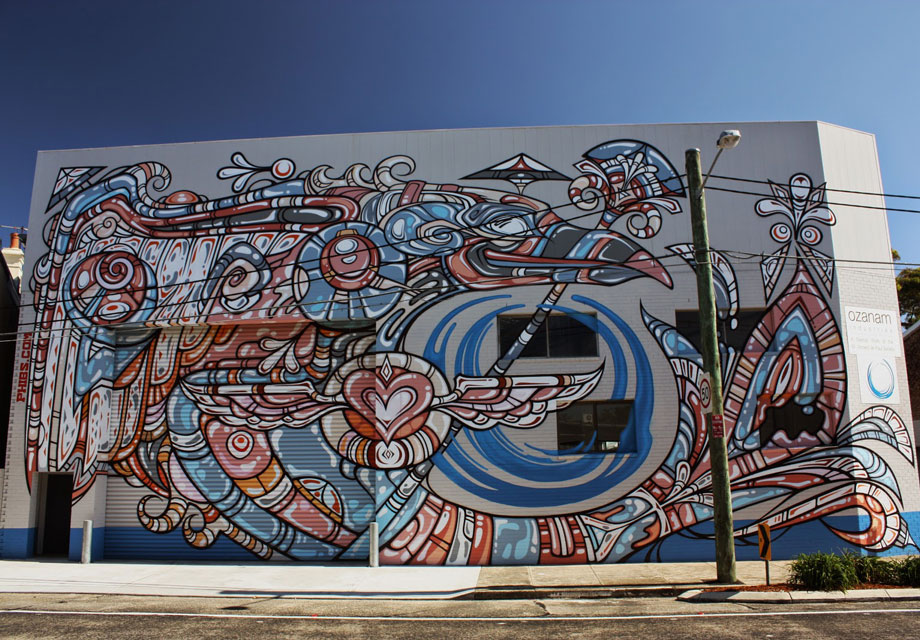 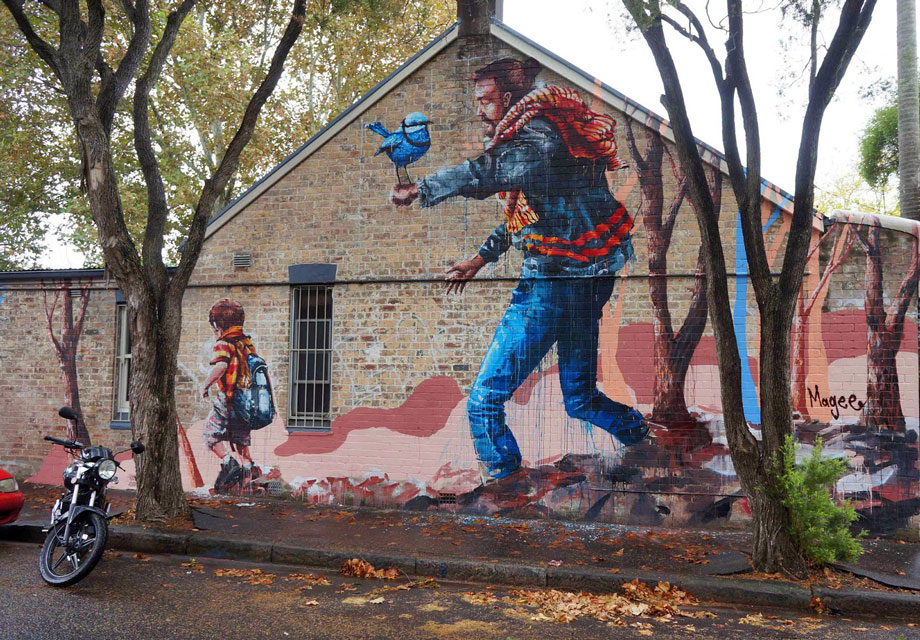 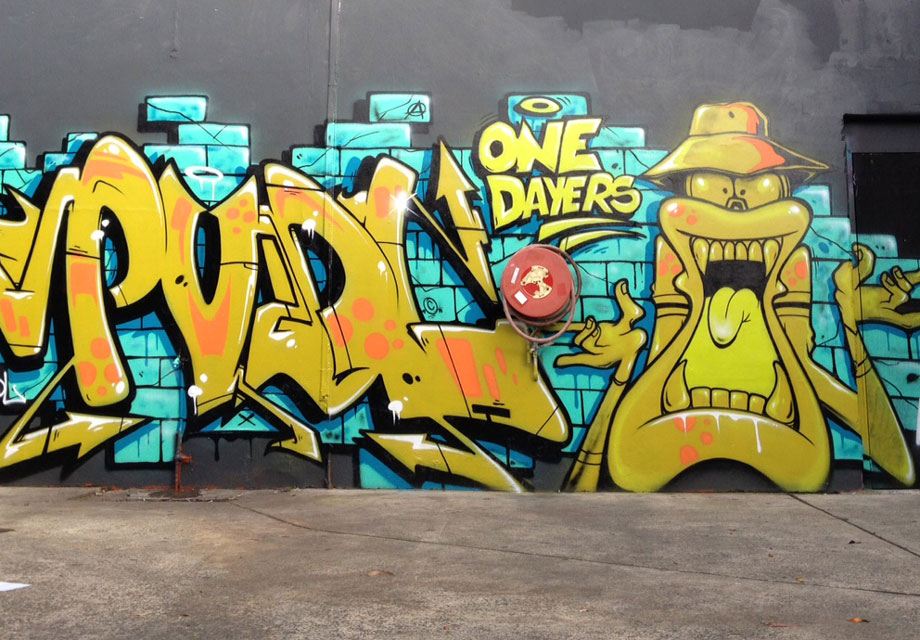 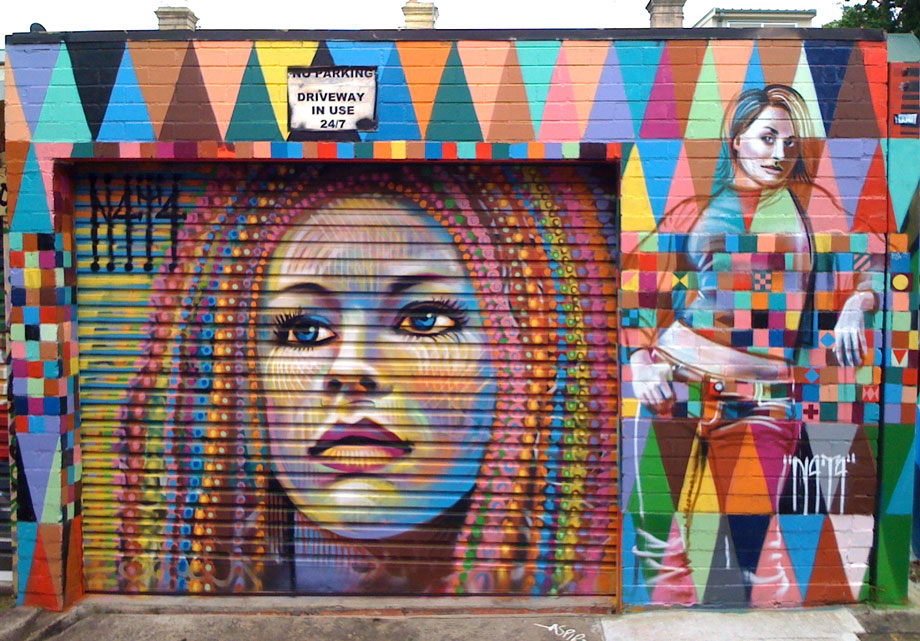 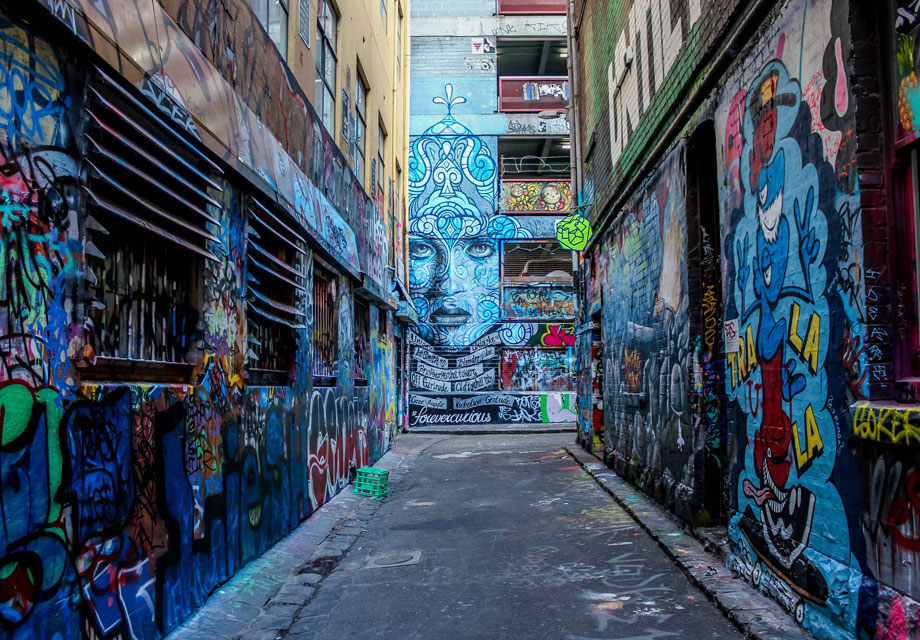 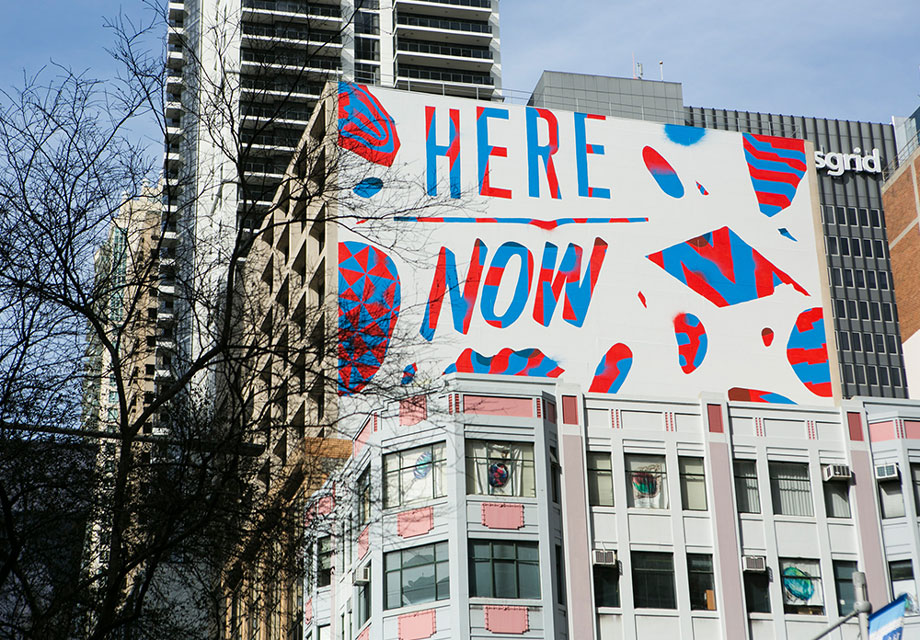