Like it or loathe it, the vaping industry – or electronic cigarettes – is going from strength to strength. Whether they’re used by someone wanting to kick their smoking habit, or a hobby taken up by a younger audience because it’s seen as ‘cool’, the number of vapers around the world is increasing.

Recent figures suggest some 68 million people worldwide use e-cigarettes, as of 2020, compared to 7 million in 2011. This figure still pales in comparison to the number of people who smoke traditional cigarettes, which is estimated to be well over 1 billion. But what about vapes in Australia?

There are several reasons why people have taken to vaping, but for those who don’t use them as a means to quit smoking, likely pick it up because of the wide array of flavours available, and the common belief that they’re safer for you, compared to cigarettes.

But, what exactly are vapes, what are the different types of vape and ultimately, which are the best vapes to buy in Australia?

Disclaimer: DMARGE does not condone the use of smoking products, including cigarettes, e-cigarettes, vapes or any other heated tobacco product that contains nicotine. If you need support to quit smoking, you can follow the advice of the Australian Government Department of Health.

What Is A Vape?

A vape, electronic cigarette or e-cigarette, is an electronic device that simulates the traditional method of smoking tobacco. No matter which type of vape you have, it will comprise an atomiser, a power source and a container filled with e-liquid, that gives it its flavour.

As the name suggests, you inhale vapour, as opposed to smoke, which is why many consider vapes to be less harmful than tobacco cigarettes. Within the vapour you inhale, however, there will usually be a combination of nicotine, glycerin, propylene glycol, carcinogens, and metal nanoparticles.

The main difference between vapes and cigarettes is the chemicals incorporated into both. The vapour in vapes can contain harmful chemicals that aren’t found in tobacco cigarettes, however, on the whole, they contain fewer toxins. Ultimately, it is fair to say that any product containing nicotine can be harmful to your health, as it is an addictive chemical.

What Types Of Vapes Are There?

There are four main categories of vapes to buy in Australia: cig-a-likes; vape pens; mods and pod mods. Each of these represents a new generation: first generation, second generation, third generation, fourth generation.

Cig-a-likes were the first electronic cigarette product on the market and are made to look like traditional cigarettes. With these, you simply have to use them as you would a traditional cigarette, i.e. there is no button to press, you simply drag from the butt end. They use a cartomiser, which combines the atomiser (the part that heats the e-liquid, turning it to vapour) with the e-liquid flavour cartridge into one piece.

Cig-a-likes are far less common these days, since they have effectively been replaced by pod mods. However, if you do still happen to use them, or find them at a service station, it’s good to know there are disposable versions and reusable versions. Disposable cig-a-likes use a pre-filled cartridge, which you can swap out for new cartridges when the current one runes out.

Reusable, or refillable, cig-a-likes allow you to refill the e-liquid cartridge with whichever flavour you choose. While they may be user-friendly, the cartridges in cig-a-likes are relatively small, so you won’t get much use out of them if you use them regularly.

The second-generation vape pens are larger than cig-a-likes, and first arrived in the mid-2000s. They feature a larger battery, most commonly have a power button to press to release the vapour, and were the first to make use of a coil. They can also be recharged via USB.

Vape pens can come in various forms, predominantly, fixed voltage or variable voltage, along with variable temperature. Fixed voltage vape pens are just that, a fixed voltage. This means there’s no need to play around with any settings, just press a button and puff away.

Variable voltage and variable temperature vape pens, however, allow you to change the voltage and temperature settings to your own personal preferences. Adjusting these can affect the intensity of the flavour – a lower voltage provides a smoother, softer effect, while a higher voltage gives a more intense flavour – of e-liquid you have in the tank or cartridge and the amount of vape cloud produced (different e-liquids may also require different temperatures to work at their optimal best).

Box mod vapes are similar to some vape pens in that they also offer users a range of personalisation options to help them find their desired flavour intensity, nicotine hit and cloud size. They’re able to do this through the use of sub-ohm coils, which require less resistance than the coils in vape pens, so the battery size can remain the same.

This means a higher rate of electrical current can flow through them far easier, resulting in a greater hit of nicotine and large vape clouds. They can also be used with e-liquid that doesn’t contain nicotine, meaning you simply inhale a variety of flavours, without the worry of becoming addicted to the nicotine chemical. It’s pretty easy to see why they’re so popular, then.

Wherein lies the potential risk with vape mods is whether the one you get is regulated or unregulated. Regulated feature internal electrical circuitry that prevent you from inhaling too much vape and nicotine in one hit, while also allowing you to manually adjust settings.

Unregulated mods don’t have such features, to can pose a greater health risk. While it’s not necessarily a bad thing to own one of these, it’s certainly recommended that you try and avoid them.

Pod mods are the vaping device in Australia you’re most likely to see people using as you walk down the street. They work in a similar way to cig-a-likes, in that you don’t need to do anything with a pod mod, just drag away from the mouthpiece and get your fix of nicotine.

There are closed pod and open pod systems available, with the former being pre-filled with a salt e-liquid, and disposable, and the latter being able to be refilled with your choice of liquid. The cartridge will eventually need replacing, however. Vape pods are also available with various strengths of nicotine, and this will be displayed on the packaging and on the listing if buying online.

It’s because of their ease of use, diminutive size and assortment of flavours that have made pod mods a popular choice of vape in Australia and for smokers looking to quit. 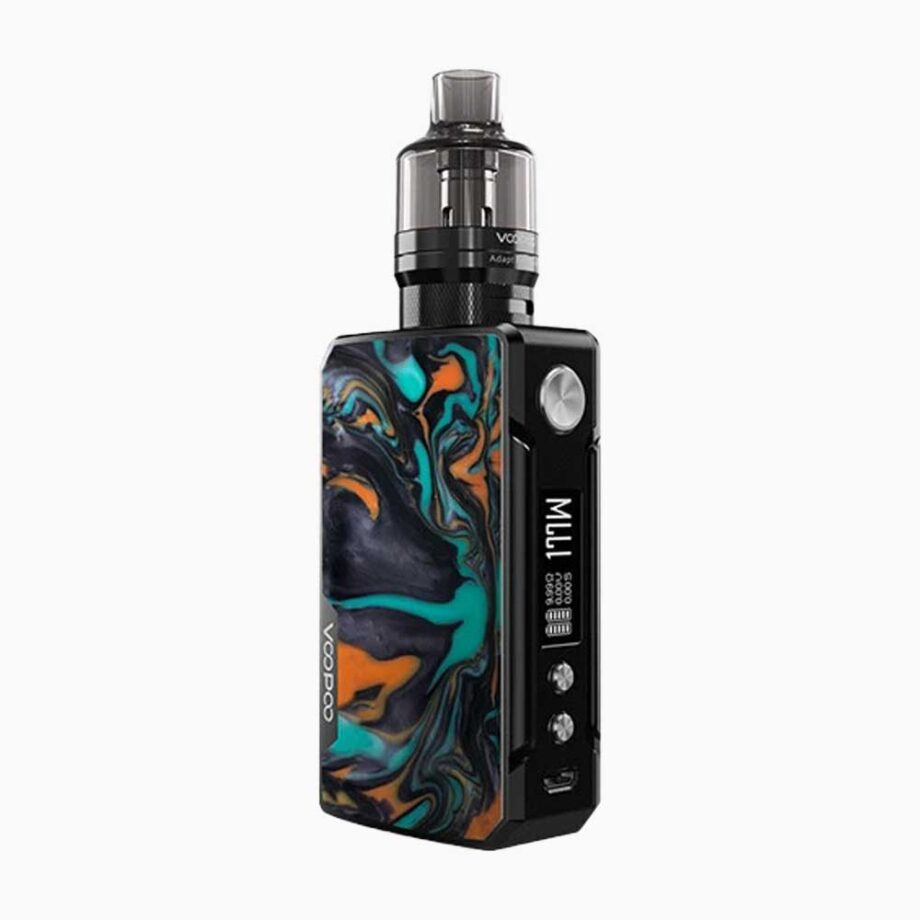 VooPoo is one of the most well-known brands within the vaping community, thanks to their excellent range of box mod and pod mod vapes. Devices range from the foolproof to those that require a little bit more vaping knowledge, meaning there is a vaping device for everyone. Various parts, such as the tank and the coil, can be replaced and substituted for upgraded versions (such as a larger tank), and the boxes themselves are available in an assortment of wild designs.

If you're new to vaping, then VooPoo offers starter kits, making them one of the best vapes in Australia. These vape starter kits have everything you need, but if you're a long-time user, you can opt to simply buy a new box to use with your current coils and tanks.
Shop Now 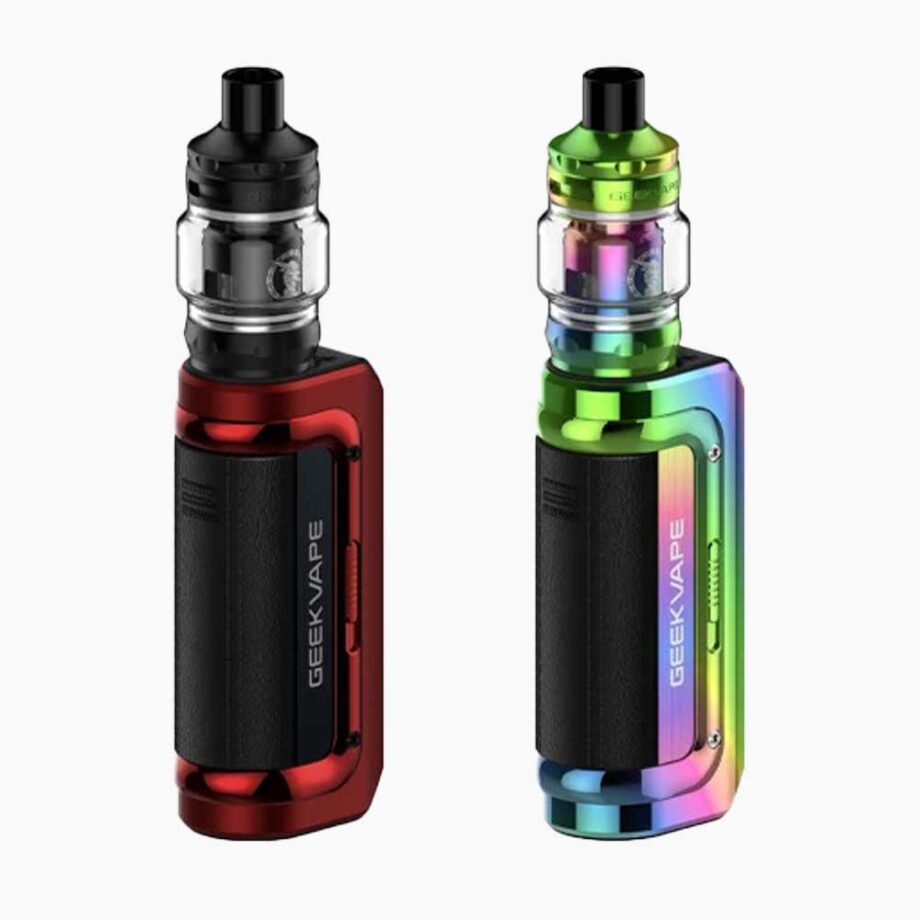 GeekVape make some of the best vapes in Australia for those wanting a product that is designed and built to last. The company has its own Tri-Proof construction method, that protects box mod and pod mod vapes from various knocks, as well as water and dust, meaning you can happily vape virtually anywhere you please – and making them an ideal vape in Australia to use on the beach.

A range of box mods are available to buy, each with a varying maximum wattage. The higher you go, the more power you get, meaning you can expect to produce larger vape clouds and enjoy a more intense throat hit.
Shop Now 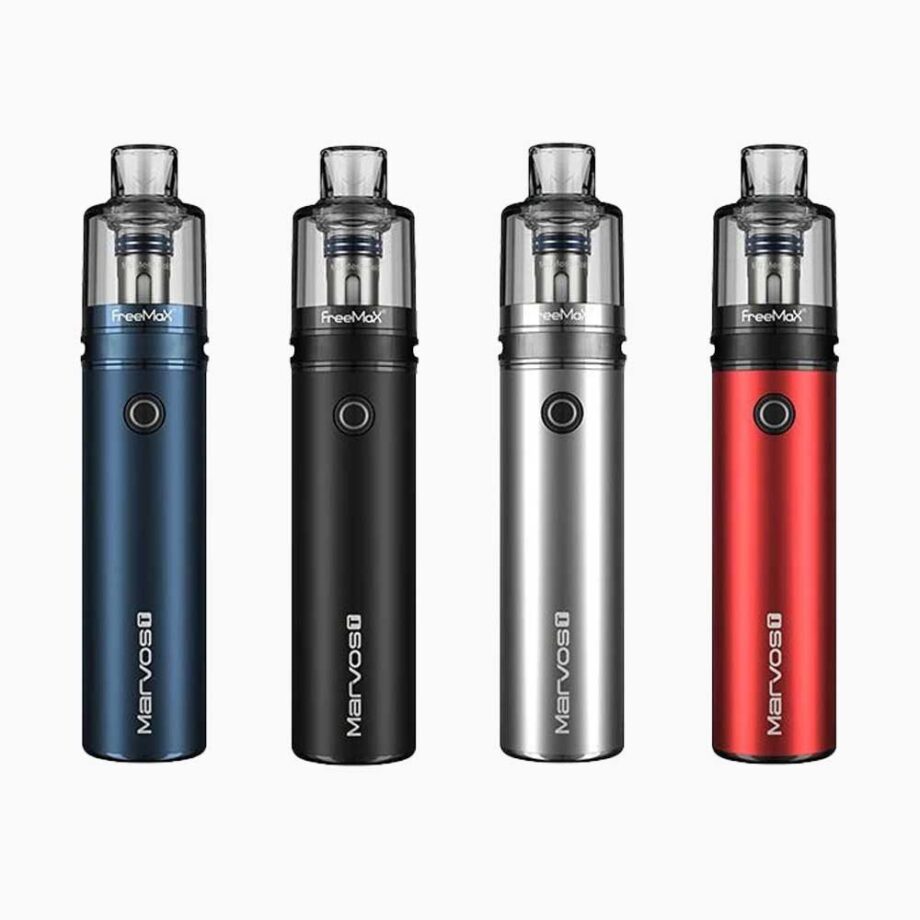 Freemax places a firm focus on its research and development, and as such, the brand has a range of coil technologies that it claims outperform even the best sub-ohm tanks on the market. Freemax offers coils that are compatible with both regular e-liquids as well as those that work with salt e-liquids, meaning you're able to experience the full range of flavours and liquids available to buy.

The vast majority of Freemax vapes in Australia are of the vape pen variety, making them smaller and more convenient to carry out, but they still offer the ability to adjust temperate and wattage settings.
Shop Now 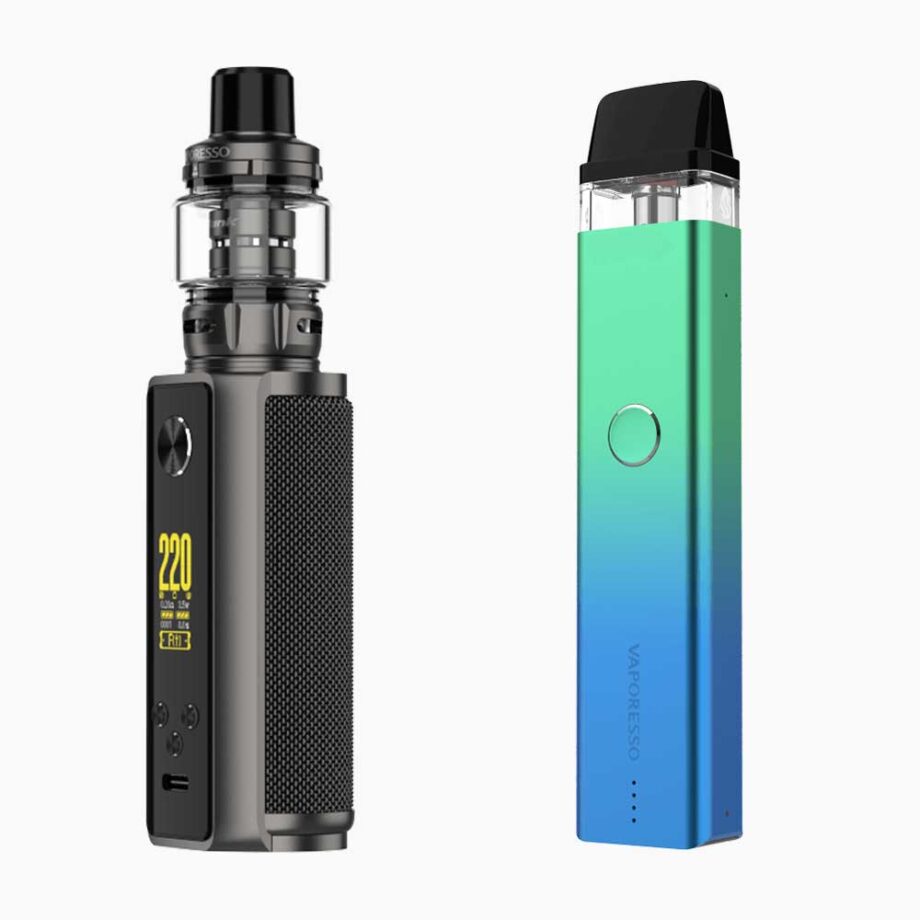 No, this vape brand has nothing to do with coffee (unless you put coffee-flavoured e-liquid in it, of course). Instead, what you get from this premium brand is a range of gorgeous-looking vapes that are built to an impeccable quality. Both MTL and DTL vape products are offered, providing choice for those who are using vapes to help quit smoking, and those are more accustomed to vaping and so can tolerate a harsher intake of vapor.

In short, Vaporesso makes some of the best vapes Australia has access to. They're good-looking, convenient, easy-to-use and highly customisable.
Shop Now 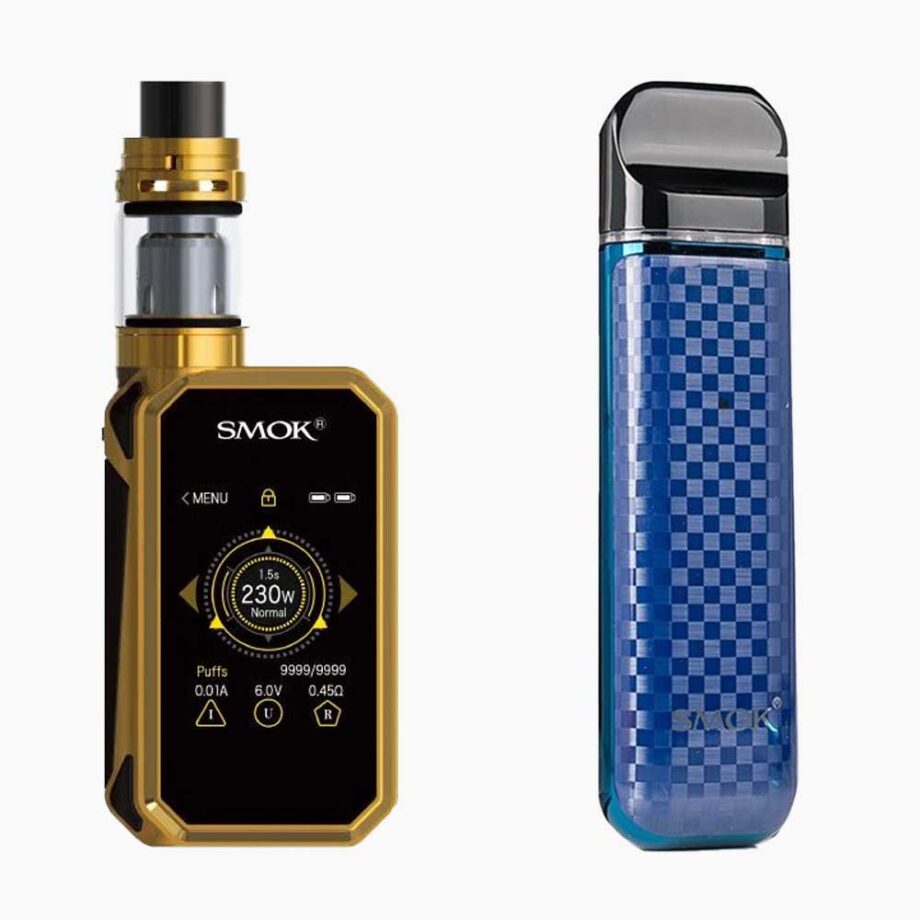 Vape brand Smok offers one of the largest ranges of vapes in Australia, catering to complete beginners all the way through to vaping veterans. Whether you're after a compact and convenient nicotine vape pen or a do-it-all vape box mod, Smok has vape users in Australia covered.

Smok's range includes a wide array of colours and sizes to accomodate all tastes, meaning you can arm yourself with a stealth-like black model, or a more 'in-your-face' colour way that will get you noticed as you walk down the street.
Shop Now 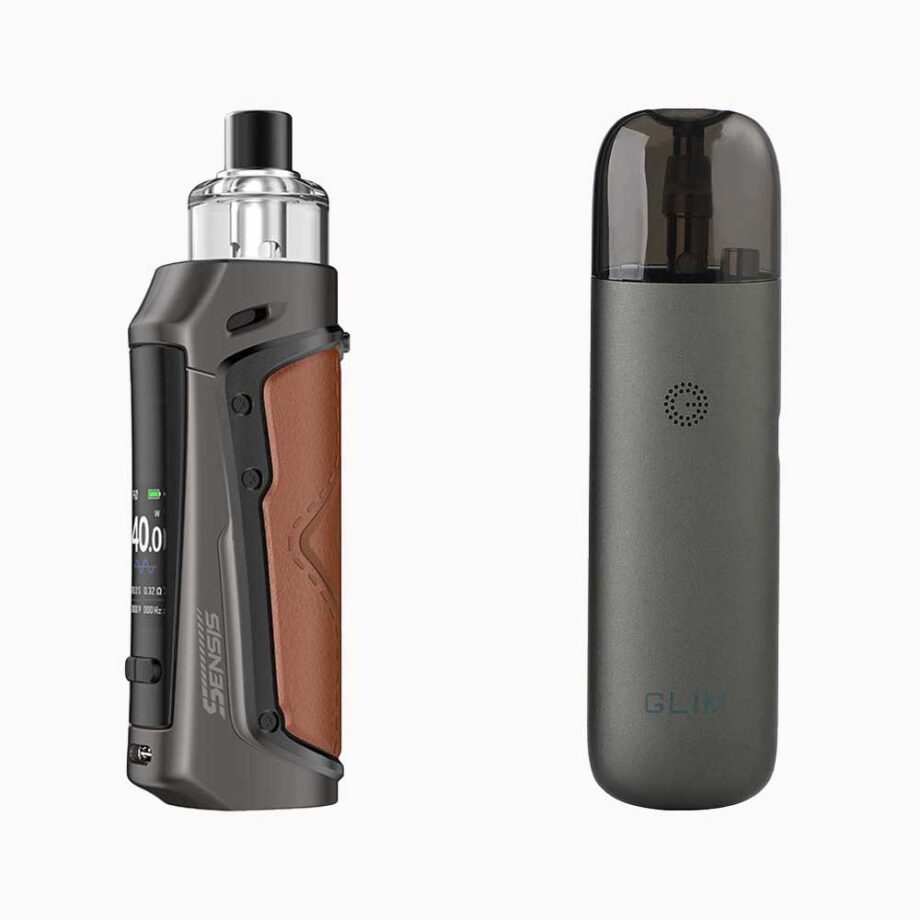 Innokin is an innovative vape brand based in China, but one that holds a huge number of patents to its name. All of Innokin's vapes in Australia are based on the pod system, and all are refillable. Naturally, the various sizes of vape mean you get various size of tank to hold your e-liquid. But the range of sizes also mean you could have a larger one for use at home, and a smaller more convenient vape for slipping into your pocket.
Shop Now 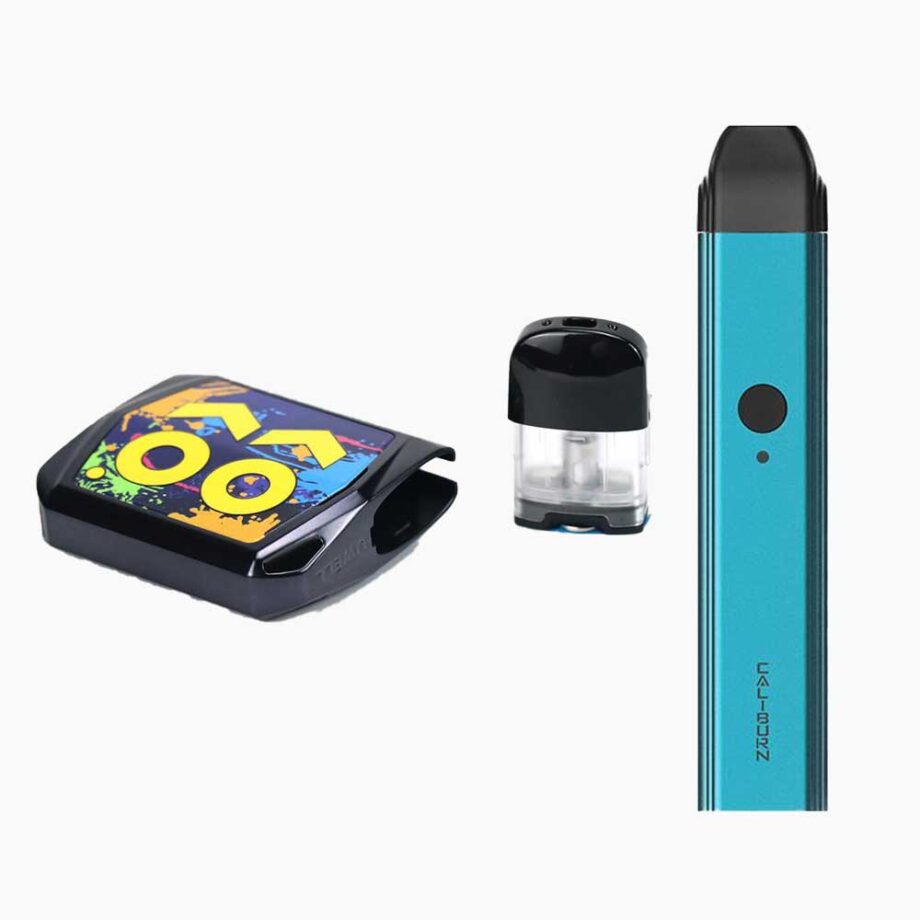 Uwell makes some of the most popular vaping products in the world, thanks to their attractive design, ease of use and proprietary technologies. The Caliburn, for example, is often regarded as the world's most popular vape – and it's a vape Australia has easy access to – as it can be filled with nicotine vape e-liquid or non-nicotine vape e-liquid. It also has a dual firing mechanism, meaning you can either use a button to activate it, or just draw from the mouthpiece.

As with most other vapes in Australia, you can swap out tanks, pods and coils for new parts or to increase the volume capacity, and all pieces attach by a simple magnet system.
Shop Now

The 10 Best Sleeping Bags For Extreme Warmth and Comfort

The 18 Best Golf Putters For Getting In The Hole Quicker