Bourbon might just be Australia’s most unfairly maligned spirit (although it’s a race to the bottom with rum in hot pursuit). It’s a spirit that often evokes negative memories: from all the times you felt ripped off ordering an Old Fashioned expecting something Scottish but getting Jack Daniel’s instead, or your teenage glory days knocking back countless tinnies of Jim Beam and cola before a legendary, tooth-rotting hangover – bourbon has a somewhat chequered reputation.

Many people don’t understand bourbon, either. What’s the difference between bourbon and whisky? What’s it made out of? What’s Tennessee whiskey, and what’s ‘bottled in bond’ mean? And do I spell whisky with the ‘e’ or without it?

Thankfully, we had the chance to speak with Wild Turkey’s Master Distiller Eddie Russell, who broke down some of the biggest misunderstandings and myths that Australians have about bourbon.

Firstly, we confront the idea that bourbon is somehow low-rent, and something that’s just enjoyed by old blokes who have more cars than teeth.

“Bourbon is a timeless, classic spirit, and there is often a misconception that bourbon is mostly enjoyed by older males,” Russell relates.

He admits that “five to ten years ago our guests at the distillery were predominantly older, enthusiastic men… [but] now, we are seeing more and more diversity in both gender and age taking a keen interest.”

“The exciting part is the new generations being introduced to bourbon through a resurgence of interest in classic cocktails, turning them into bourbon lovers. Through this, new drinkers are more likely to further their experience with bourbon by tasting different variants, enjoying different food pairings and experimenting with cocktails.”

And we’re not talking your bogan-tier bourbon and coke: bourbon is being embraced more erudite concoctions like the Paper Plane, Sazerac or Mint Julep.

That’s not to say bourbon’s only good for mixing into cocktails or other drinks. The other common misconception Australians have about bourbon is that it’s not something to be drunk neat, like cognac or Scotch… Or rather, that it’s not good enough to be treated in the same way. Which is a total fallacy, as just as there’s rubbish Scotches that don’t hold up to close tasting, there’s spectacular and refined bourbon whiskeys that can hold their own against any high-falutin’ spirit. 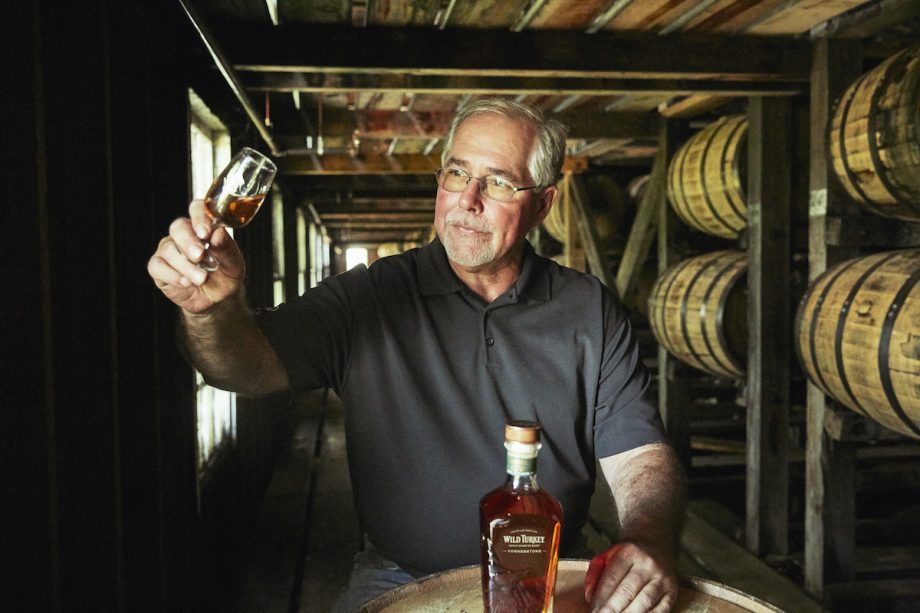 One of the big factors that confuse Aussies is all the nomenclature around bourbon, and whiskey more generally. As we alluded to earlier, it even comes down to the spelling: according to Eric Zandoza’s A World Guide to Whisk(e)y Distilleries, ‘whiskey’ (with the ‘e’) is common in Ireland and the United States, while whisky (without it) is used in all other whisky-producing countries, including Japan and Australia, just for the record.

What makes bourbon… Well, bourbon, is that it must be made in the United States, must be made from 51% corn and aged in new, charred oak containers. Then, there are different requirements for how long it has to be aged. In order to be called ‘straight’ bourbon, it needs to be aged for at least two years, and any bourbon aged less than four years must include an age statement on its label, for example.

Similar to how you have ‘underproof’ and ‘overproof’ rum, there’s also the ‘bottled-in-bond’ certification – which Wild Turkey’s Master’s Keep boasts, but few bourbons sold in Australia do. In order to attain that certification, the bourbon must have been aged in a federally bonded warehouse under US government supervision for at least four years and bottled at 100 proof (50% alcohol by volume). Keeping up so far?

Tennessee whiskey is simply bourbon whiskey that’s made in the US state of Tennessee, in the same way that Scotch is just whisky made in Scotland. All Tennessee whiskey (like Jack Daniel’s or George Dickel) is bourbon but not all bourbon is Tennessee whiskey. And just as the Scots don’t have a monopoly on good whisky, just because a bourbon brand isn’t made in Tennessee doesn’t mean it’s bad. Quite the opposite, in many cases.

There’s much more to discover, but these are the essentials.

How To Get Into Bourbon

If you’re looking to get into some high-level bourbon drinking, reach for something a bit more top-shelf. Spend at least $60 for a bottle, and treat it with reverence: on the rocks or neat, thank you very much.

But if you want to ease into a bourbon journey, cocktails might be the way to go.

Russell suggests “if you want a great way to be introduced to bourbon, give the Boulevardier or the Manhattan a try.”

“My all-time favourite cocktail is the Boulevardier. I like to do two parts bourbon, one part Campari and one part sweet vermouth. Having more bourbon in it than usual gives that bigger, bolder taste that I like.”

RELATED: How To Make A Marvellously Mouthwatering Manhattan