If you were to compile a list of the best sharp-dressed men in the world, we’re pretty confident you would all put Brad Pitt in your top five. The American actor consistently churns out stylish outfit after stylish outfit, ever since he hit the big time in Hollywood some 30 years ago.

His latest style knockout shows us all how to comfortably beat the winter weather, without having to resort to some unsightly piece of rain repellant clothing. Spotted in New York City, heading to the New York Film Critic Circle Awards Dinner on January 7th 2020, the Once Upon A Time In Hollywood star teamed a dark charcoal suit with a peak lapel grey overcoat that we’re now lusting after. 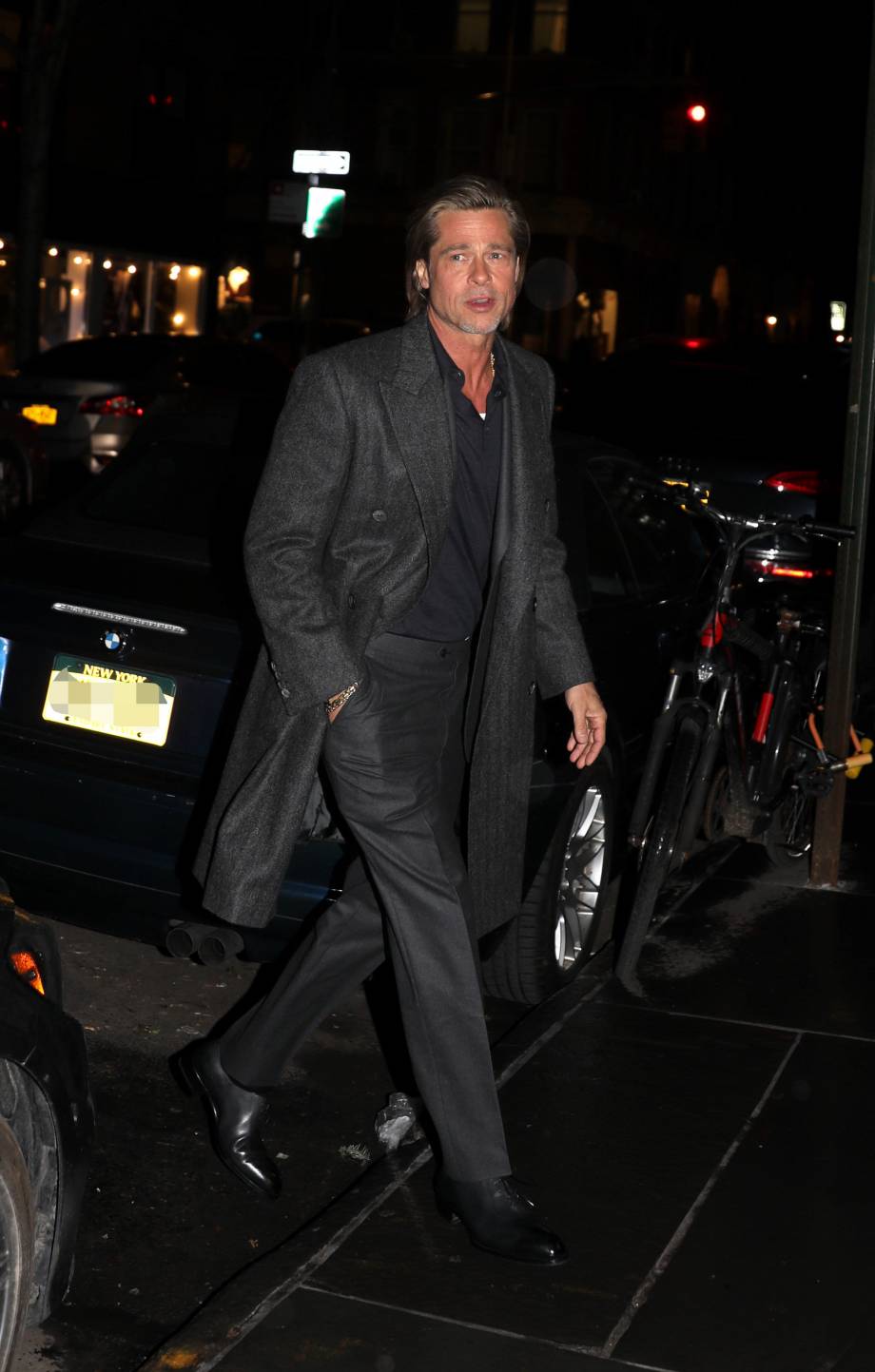 While it wouldn’t be uncommon to spy an overcoat or trench coat in the winter months in the city, Brad’s example has a certain je ne sais quoi that makes him look worthy of his megastar status – and his current favourite mid-length comb-over exudes sophistication. Several Instagram users agree that Brad’s overcoat is definitely the right idea:  “Brad back 🐐” says one, while another adds “Is it the Peak lapel overcoat that is making Brad Pitt look stylish? Or is it Brad Pitt that is making Brad Pitt look stylish??”

It’s not just his overcoat that adds more weight to his fashion royalty status, but the subtle touches of wearing a dark navy polo shirt with his suit, instead of a more conventional shirt, and once again his favourite Breitling x Norton timepiece.

His slightly oversized overcoat isn’t the only large and in charge fashion statement he’s made in the past week, as he turned up at the American Film Institute Awards a week ago wearing one of the best pairs of oversized sunglasses we’ve ever seen. Of course, in line with the previous Instagram comments, it could just be the man himself that makes them look stylish.

We can’t wait to see what he wears in the transitional period from winter to spring.