Breitling has announced a new limited edition watch produced as part of its partnership with Bentley Motors, and one that joins its Premier family of timepieces. The two luxury brands have been working together for nearly two decades, and this latest timepiece, called the Premier Bentley Mulliner Limited Edition, represents some of the very best in both watch and automotive craftsmanship.

Designed to complement the also recently launched (and equally wordy) Bentley Continental GT Mulliner Convertible (not to be confused with the batshit crazy and utterly stunning Bentley Bacalar), the Breitling timepiece acts as an extension of the car’s dashboard clock. By this, we mean the numerals on the car’s clock: 12, 3, 6 and 9, are omitted from the watch. 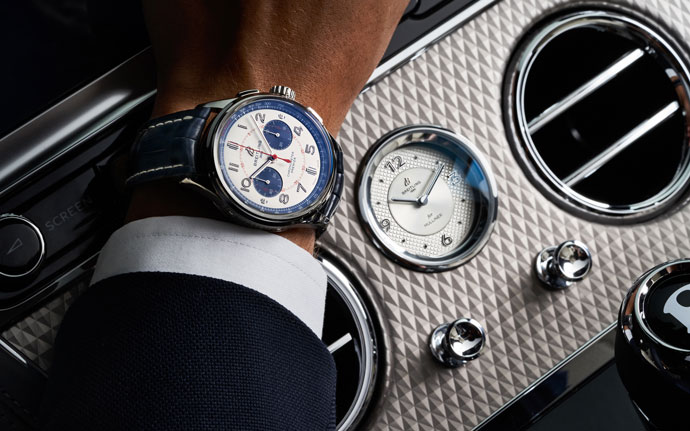 Not only does this create a bond between the two, but it harks back to the original reason the two companies partnered up in 2002 when Bentley asked Breitling to produce an onboard clock for the then-upcoming Continental GT. Other subtle design nods to the £1.5 million motor include a red second hand and a red internal 60-minute dial, which reflect the red stitching found through the cabin.

The Premier Bentley Mulliner Limited Edition is limited to just 1,000 pieces and rocks a 42mm stainless steel case, attached to a blue alligator leather strap. Being a chronograph, the 30-minute and small-second sub-dials are blue, and everything is powered by Breitling’s Manufacture Caliber 01, which has a power reserve of 70 hours. 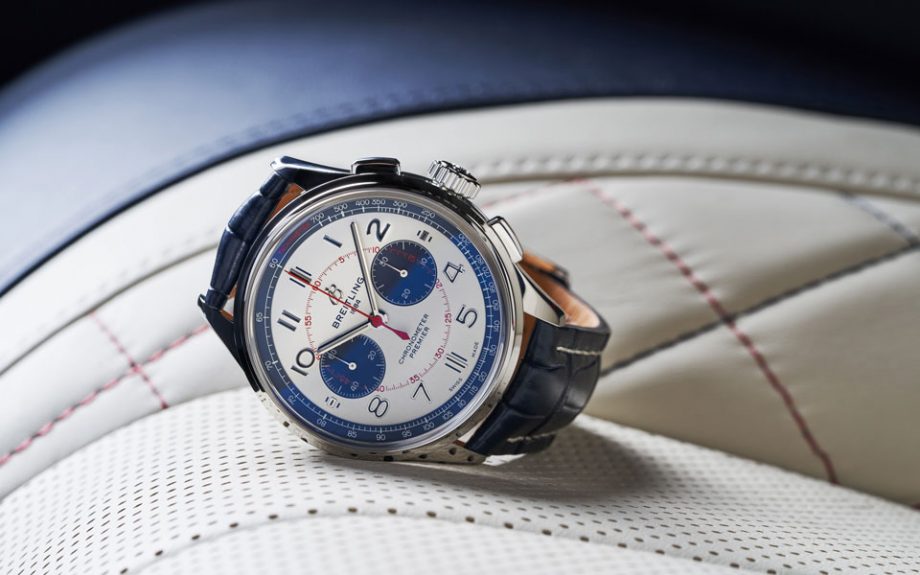 To cement itself as a limited edition, each model has a “Mulliner Edition – Breitling – X of 1000” engraved around the transparent caseback. It’s available now for AU$11,690.