British watchmaker Bremont has enlisted the artistic, rather than the musical skill, of Rolling Stone guitarist and all-round rock legend Ronnie Wood to produce what is arguably its most exclusive watch ever.

The 1947 Collection, named as such to recognise the year Wood was born, comprises just 47 models. Rather than painting them black, Wood has designed and painted a different design for each model while on tour with the band, making each of them an individual collector’s piece.

Bremont has finished each watch with a movement from Swiss manufacturer Vaucher Manufacture Fleurier, along with moon phase complication. Everything is housed in a 42mm, 18-carat white gold case which uses Bremont’s Trip-Tick three-piece design and is water-resistant to 100 metres. 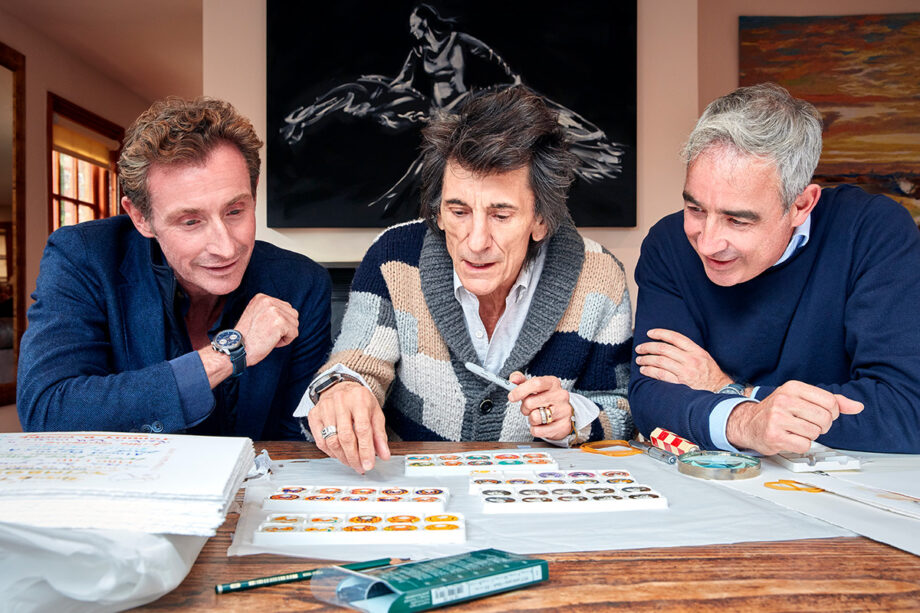 While you may well be aware of Ronnie’s musical exploits being a member of one of the highest-grossing musical acts ever, his artistic side has largely gone under the radar. The English rocker has been painting and drawing for many years, and credits his two older brothers for inspiring him to pick up a paintbrush.

Speaking of the recent collaboration, Ronnie said: “Having spent so much time focusing on the dial designs, I’m really looking forward to seeing a completed watch. The white gold case will look fantastic with the guitar/’rock on’ type artwork and turning the watch over shows the wonderful mechanism with ‘I feel like painting’ around the edge and my signature on the rotor.”

“Painting these dials has been a challenge and I’ve always loved a challenge.” 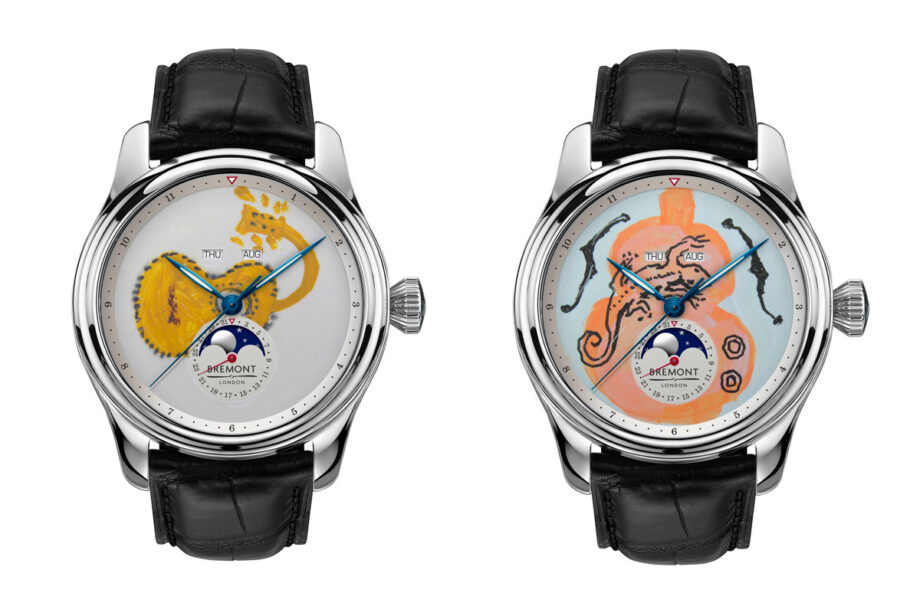 It’s not the first time Bremont has collaborated with Ronnie, as the Rock and Roll Hall of Famer has previously painted two marine clocks for the company, with one of them being the most expensive to ever be sold.

The Bremont 1947 Collection is available now for AU$70,000. For more information, head to the company’s website.