What comes to mind when you think of Australia? Sun. Beaches. Drop bears. Savage Garden. All of the above would indeed be correct. What doesn’t come to mind however is the local auto industry.

Before the manufacturing scene was wiped out, the land of green and gold held a pedigree for creating some truly unique cars with nothing more than a shed, some elbow grease and ingenuity. Ok, maybe we had some assistance from other donor cars, but that doesn’t dilute the fact that Australia is right up there with the weird and wonderful.

Herein lies the ten weird and wonderful cars to come out of the land Down Under. 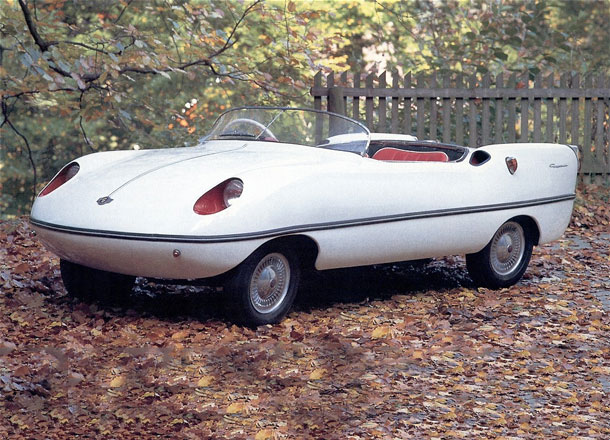 The German-made Goggomobil was brought into Australia by auto trading baron Bill Buckle way back between 1957 and 1961. What did Buckle do to give it the Aussie touch? A variation of locally formed fibreglass bodies in saloon, light van, coupe and coupe convertible guise.

Engine capacity was capped at a wild 300cc to 400cc for the local variants of this two-cylinder microcar which gained cult fame in an Australian telephone book commercial in the 90s. 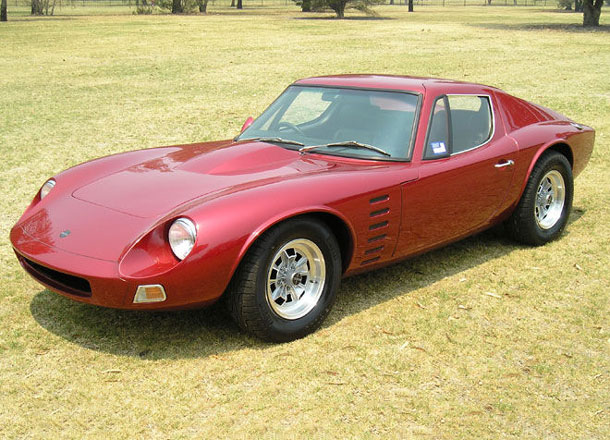 Proof that the Aussies can build a decent runner came in the form of a low volume sportscar produced between 1962 and 1979. The Bolwell range made it to nine variants from the the MkI through to the Mk VIII with the MkVIII Nagari proving the most popular with 118 units rolling off the production line.

The early cars were Frankenstein in nature, borrowing parts from manufactures such as Ford, Holden and Volkswagen. In 2008 the company made a resurgence with the Mark X Nagari – a mid-engined carbon fibre coupe which started from a lofty AU$150,000 and went north of $250,000 for supercharged manual variants. The engine was a 3.5 litre V6 from a Toyota Aurion. 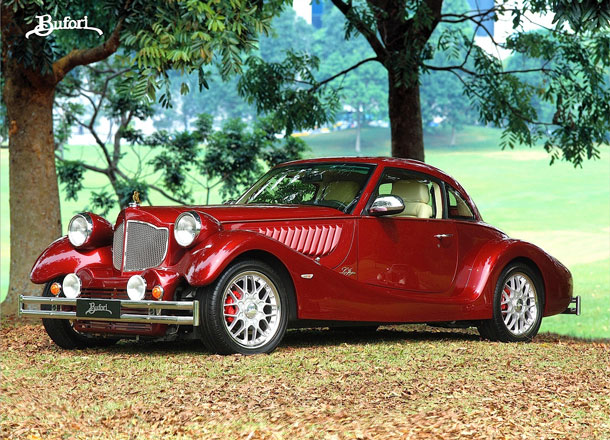 The tale of three Sydney brothers who built the Bufori Madison in 1986 from their humble garage is a great one. Taking a Volkswagen engine initially, the Australian-Lebanese brothers would later expand the range to include the heart of a Commodore V6 before skipping local shores for Malaysian production in 1998.

Their cars are visually unique in the sense that they are modern takes of American 1930s coupes and their company’s name is an acronym for Beautiful, Unique, Fantastic, Original, Romantic and Irresistible. See what we mean? Aussie ingenuity. 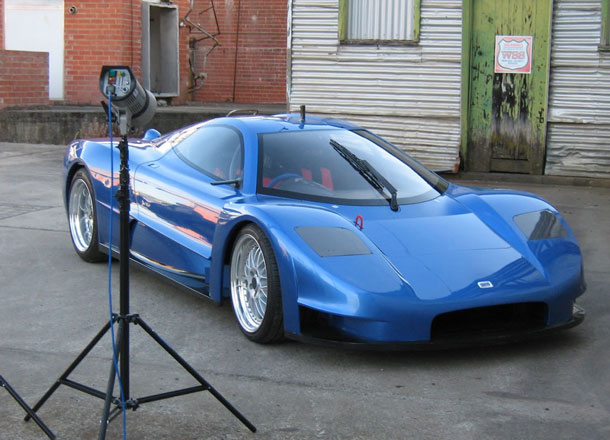 The JOSS supercar program is the brainchild of Melbourne car designer and modeller Matthew Thomas. In a dream that has spanned for more than 20 years no less, Thomas took his experience working with car giants BMW, Ford, Aston Martin, Rolls Royce and the Stewart Grand Prix Formula One racing team and applied it to his own project back on Australian soil.

What makes it even more special is its impending reputation as Australia’s first ever supercar to take on the likes of Ferrari, Lamborghini and their other European counterparts. Bank-rolled by the wealthy Hatzimihail family, the JOSS supercar has seen various prototypes and is continually moving towards full production. Preliminary specs have the car running a 5.0-litre V8 developing 420kW and 560Nm to get the car from 0-100km.h in 2.8s. Expected top speed? 340km/h. Struth. 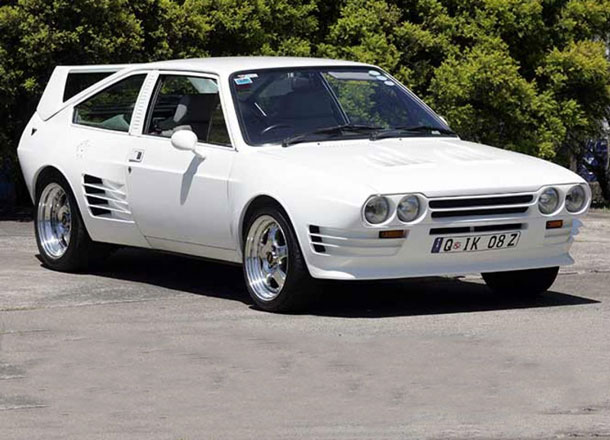 Another low volume production sportscar that hailed from Australia in the 80s was the mid-engined Giocattolo by Giocattolo Motori. The name’s translations simply means ‘toy’ in Italian but the untameable performance of the car was anything but. The car was designated to satisfy the dangerous Group B rally regulations of the time but the company was dealt a short hand when the class was banned (for obvious reasons) just before production had begun.

The car was the work of entrepreneur Paul Halstead and former F1 designer Barry Lock who now contracts for the growing local scene of Time Attack racing. Kevlar body panels, custom mid-engined chassis paired with a HSV VL Group A SS-related twin-throttle 5.0-litre Holden V8 was the order of the day for the Giocattolo. Australian parts were also used in its production such as Simmons alloy wheels and a mini bottle of Bundaberg rum with a pair of shot glasses hidden in the tool kit. 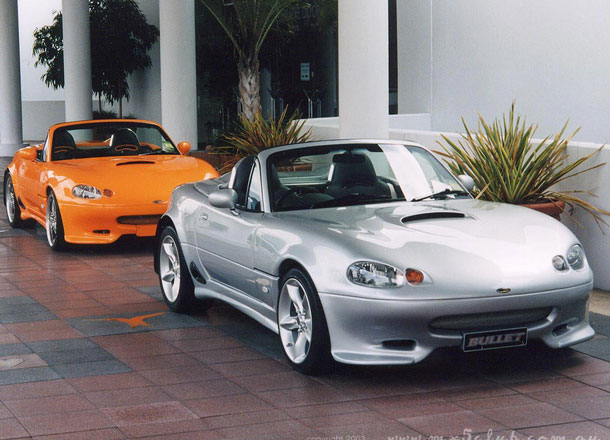 Likely one of the coolest and quirkiest looking donor collaborations to ever come out Australia in the 90s is the Bullet. It sounds fast because it is, taking the featherweight chassis of the venerable Mazda MX-5 and pairing it with the company’s screaming rotary powered engines – built in Australia of course.

Their wildest project to date has seen a supercharged Lexus V8 crammed into the slightly redesigned MX-5 silhouette. There is also rumours of a new supercar on the way which departs from the outdated ‘hairdresser’ look of the MX-5. 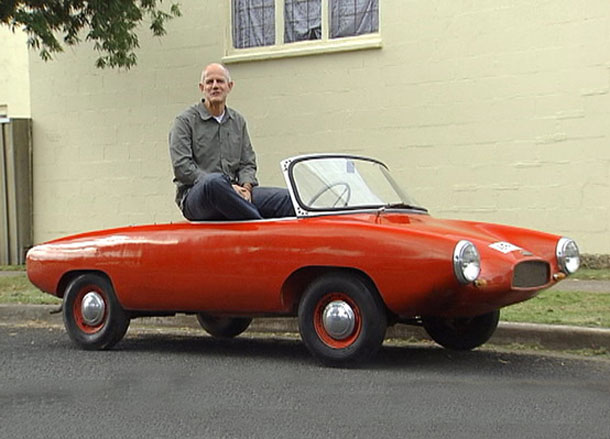 Straight out of the bible of weird comes the Zeta – a sedan, utility and sports body automobile that was built by a South Australian washing machine and cement mixer manufacturer. ‘WTF’ indeed. It first made an appearance between 1963 and 1965 with the roadster style Sports scored a big block 498cc engine whilst the others all received the same 324cc two-cylinder engine.

Want to hear something funny? Only the Sports model featured a reverse gear – all other models needed to be switched off and kicked over in reverse to get the car moving backwards. Now try that in your local shopping centre car park. Less than 400 Zetas rolled off the production line. 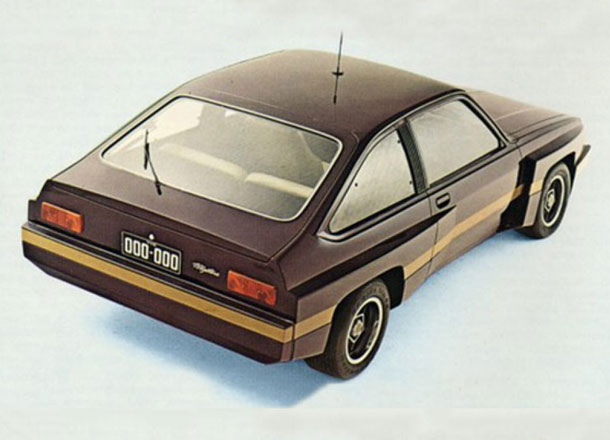 The chassis was based off a LX Torana hatch with it’s rear-end chopped and a classic shovel nose design. It also donned the immaculate interior leather expected from Recaro products. The car never made it to low volume production but the body kit was sold under the Taipan name. 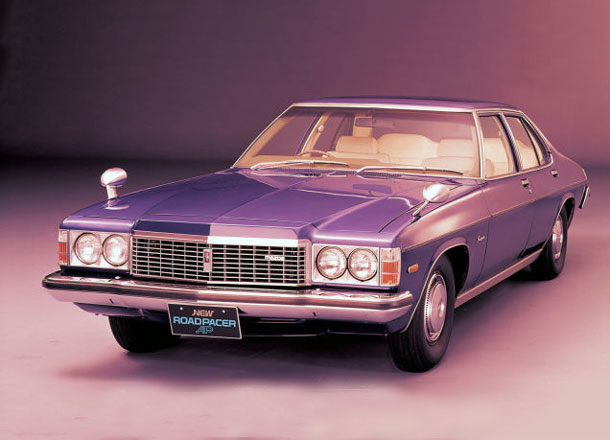 Not many would have known that Japan’s Mazda and Australia’s Holden once had a partnering program back in the late 70s. The Holden HJ and HX models were the mules for this exchange program that saw them being sold in Japan sans the Aussie V6 or V8 heart.

In its place was instead a 13B twin-rotor engine which produced the same 202hp of the Australian motors, but lacked any useable torque due to its design. In a nutshell, it was slow. This also did little to win over its luxury target market, ensuring that only 800 units would make it out of the factory. On the flip, it holds the reputation for being the only rotary-powered GM model to date. 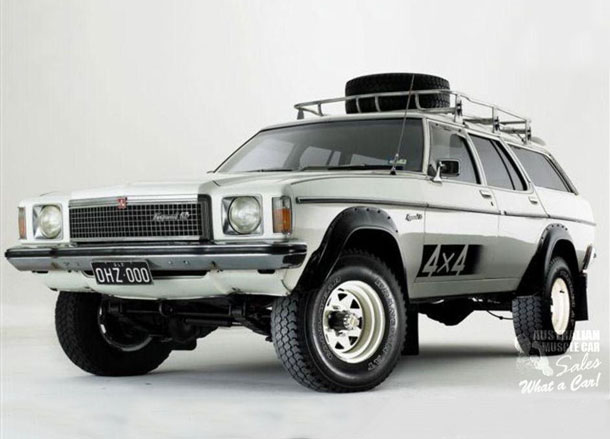 Cue Icehouse’s ‘Great Southern Land’ because this is the exactly the type of car to get you across any goddamn land Australia has to throw at you. Long before Holden thought it’d be a genius idea to build an off-road Commodore, a little Launceston company named Vehicle Engineering and Modifications took the HJ-HZ Holdens and turned them into Mad Max proportioned off-roaders that could conquer the land.

Only 120 vehicles in wagon and ute shapes were built between 1976 and 1989. The cars used Holden underpinnings and an aftermarket transmission and diff to allow it to become a true 4WD with oversized wheels, tyres and suspension. It was weird, wonderful and exceptionally wild. And we love it.