We’ve all been there. Fresh license in hand, buddies in tow, headed straight to the closest fast food joint. We’re talking about adventures in your first car and the sentimental value it musters over the years as you eventually fill the shoes of a man.

What people don’t ever talk about? When should a grown man officially call it quits on the old girl. Thus brings us to today’s ten cars, which likely would’ve carried you into manhood, but you should wave a sweet goodbye to once you hit the big 3-0. 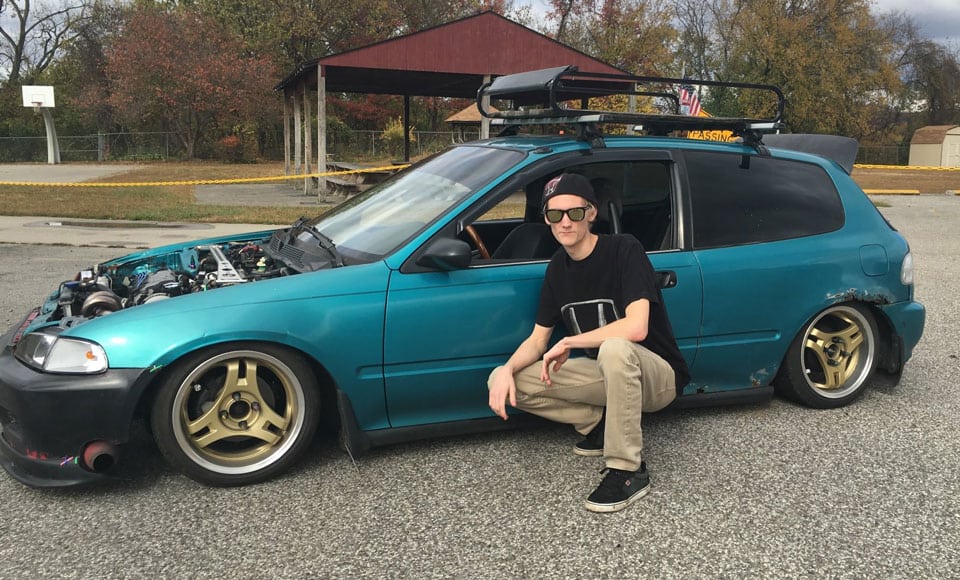 The poster child car for any boy racer who thought he was an actual racer, the 1992 Honda Civic did much for the street car scene during the 90s through to the early 2000s. It was a lightweight front-wheel driver with countless engine variations which accepted just about any form of modification one threw at it – and it had zero safety credentials.

Today? We’re calling it out and saying that as a respectable 30-year-old in society, one should probably consider trading up into something with a little more class and comfort. And a little less low. 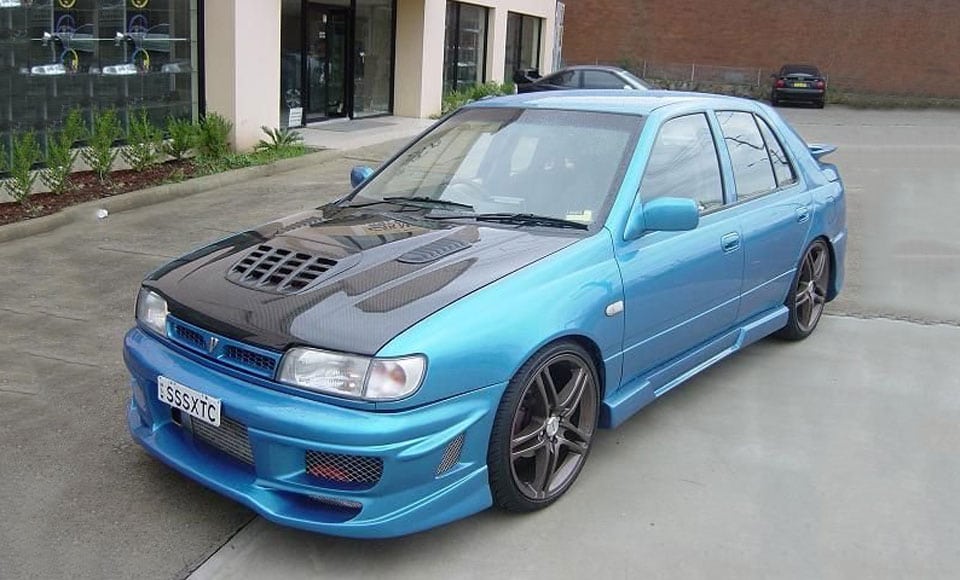 Another go-to staple car of the 90s boy racer scene was the 1995 Nissan Pulsar SSS (it stands for So Super Sick). The zippy hatchback was a hit amongst younger male drivers who needed cheap thrills, low maintenance and five seats for their homies. It featured a de-tuned 2.0-litre 4-cylinder engine out of the turbo Nissan Silvias and was the perfect formula for an unruly first car.

If you’re still rolling in one today, your boys have probably deserted you for a family and minivan. Party’s over, bro. 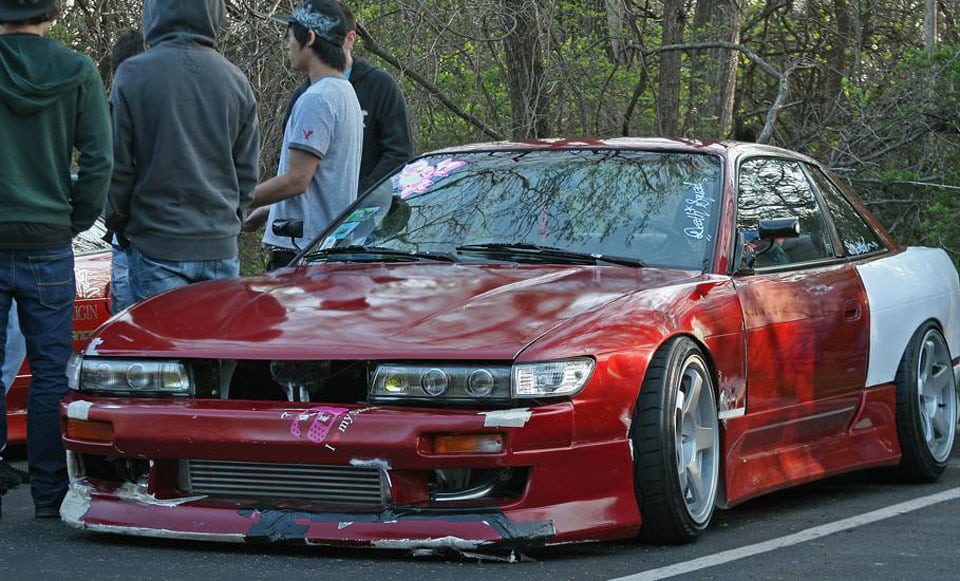 Considered one of the pioneers of the drift fraternity, the older generation Nissan Silvia was a great little coupe with a mighty 2.0-litre turbo 4-cylinder that made respectable amounts of power through a robust modification network. It was also extremely affordable with spare parts and body panels aplenty at the time from other smashed up S13s.

This made it the perfect culprit for novice drivers who wanted to try their hand at drifting with a no-nonsense rear-wheel drive car that could easily break traction on demand, slam into a tree, be cable-tied back together and then driven home. Not exactly a look you’d want as a 30-year-old in his prime. 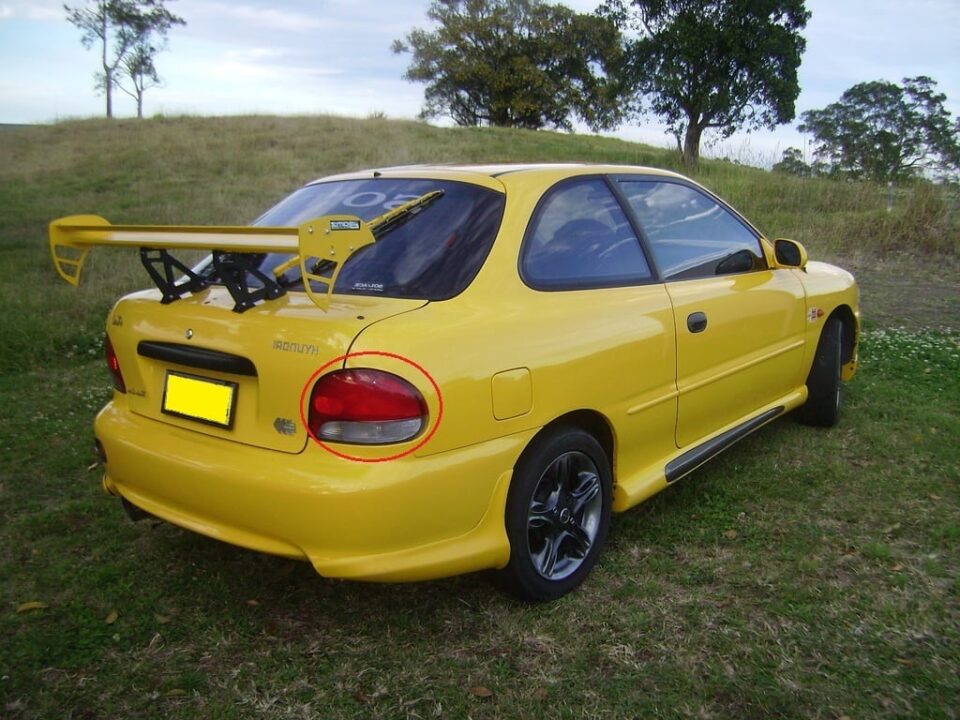 The venerable little mass produced car out of South Korea that was cheaper to own than a Netflix subscription grew a life of its own amongst young men and women in the 90s. Its styling was extremely bland, its engine was extremely reliable and it had the personality of a painted rock.

Still, that didn’t stop people from doing all kinds of weird things to the 1.3-litre car which is called ‘Pony’ in some countries. Body kits, massive wings, crappy wheels. You name it, the Excel has rocked it. Now miss, would you like to come for a ride in my Pony?

See – told you it doesn’t work as an adult. Unless you’re Genuwine. 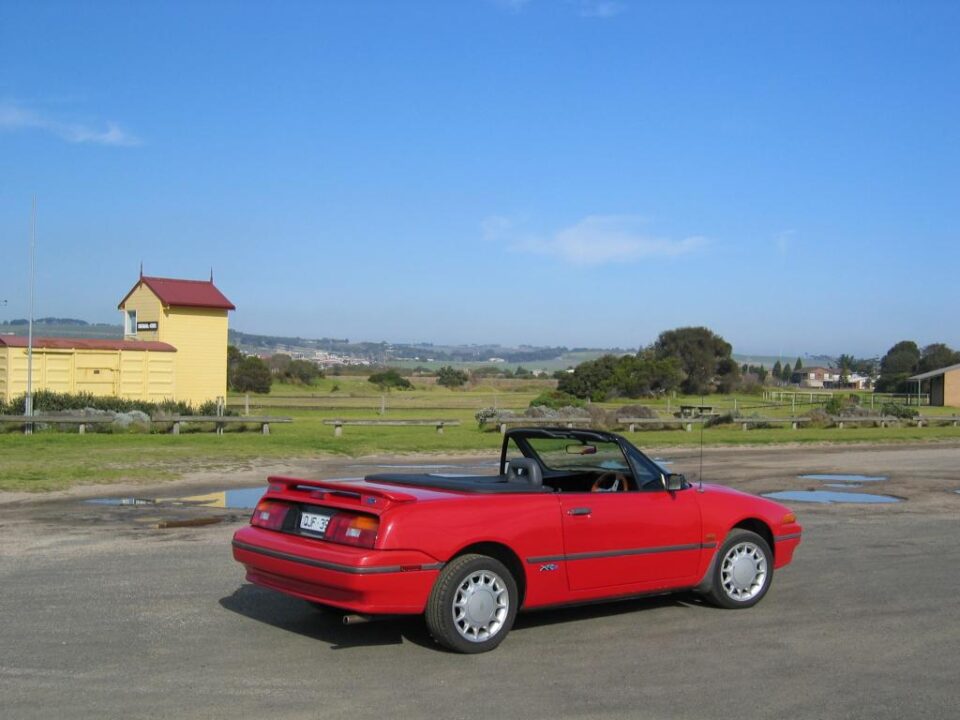 The cruiser of all Australian cruisers is the Ford Capri. Built and designed in the land down under, the Capri convertible garnered a small loyal fan base for its stylish 90s Italian looks without the price tag. It wasn’t to be though as it was quickly slammed by others and given the label of a lemon after a leaky roof incident.

The base model’s 1.6-litre 4-cylinder which produced 62kW of power didn’t do much to convince more buyers to come on board either, hence it only remained a reachable target for younger drivers of the day.

Don’t drive one now unless you want to look like a blind 90s hairdresser. 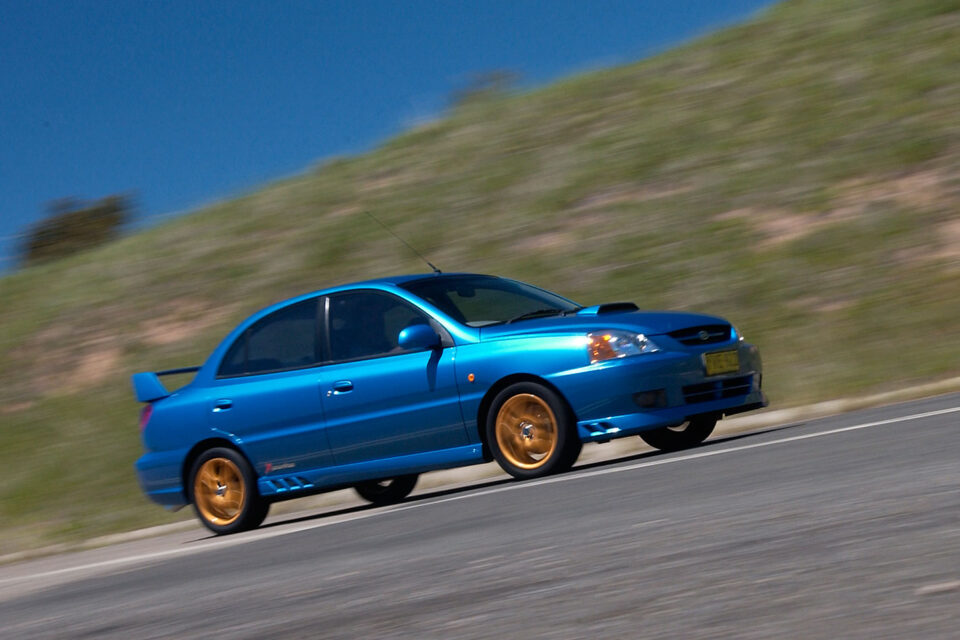 Back in 2004 Korean car maker Kia ran out of ideas. So they borrowed some off a little famous rally car known as the Subaru WRX. The rest as we know it would become history with the tiny Kia receiving both looks of suprise and then disgust when people realised what was going on.

The Rio STI model borrowed the iconic world rally blue, the rear wing and the gold wheels right down to a tee. It left out important bits such as the AWD, turbo power, fit and finish of a Subaru. Given that early WRXs are already cars that 30-year-olds should avoid, driving a copy of that car would just be an abomination. Even the cops would laugh at you and tell you to move along. Slowly. 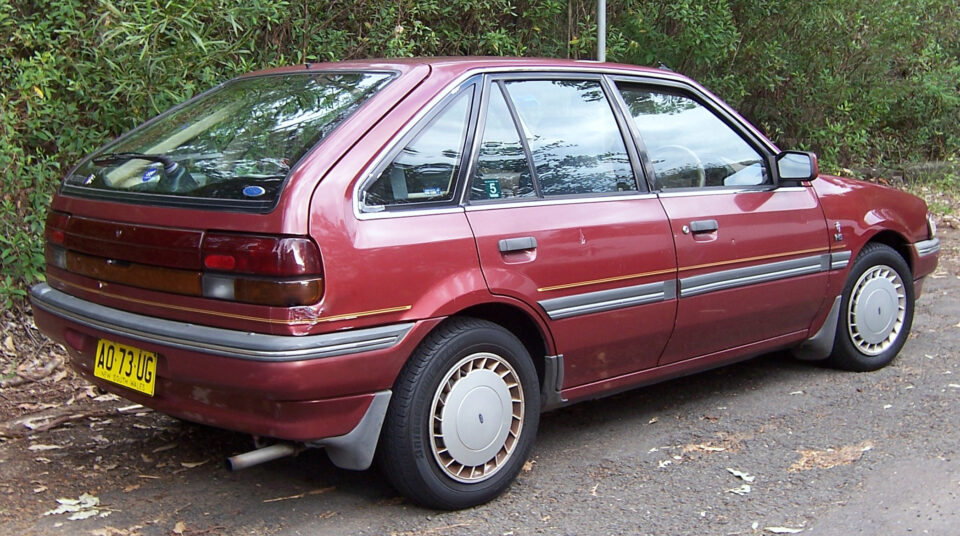 Everyone who’s had their hand at buying a first car would have crossed paths with a Ford Laser. There’s actually nothing bad about the hatchback – it was small, boxy, reliable and cheap. And it also came in a horrendous range of faded colours such as mouldy blue and chalky yellow.

These days you’ll see them lathered in pink fur seats, with dice still being rocked on the mirror and bits hanging off the side – in a junkyard. If you’re a respectable 30-year-old, you will avoid this car at all costs. 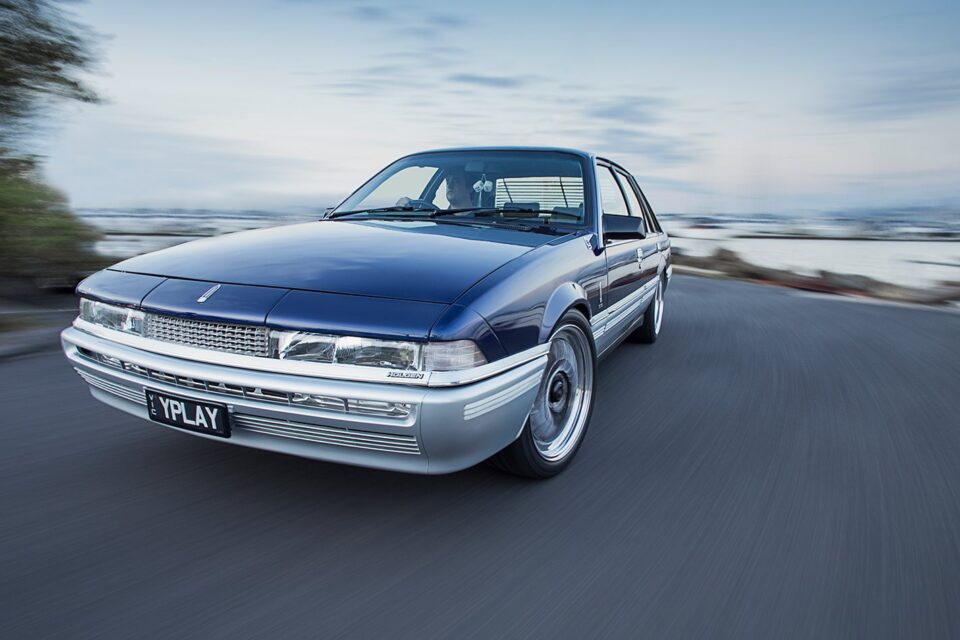 As far as Aussie hoon cars go, the VL Commodore takes the cake and rips a burnout with it too. The mid-sized car was originally designated to family life but packed a serious punch under the bonnet in the form of various straight six and V8 engines.

Young locals did crazy things to it such as turbo charging, super charging, engine swaps and candy coloured paint with big fat wheels. It’s everything a man wanted in a car. If that man was living groundhog day as a 21-year-old kid. 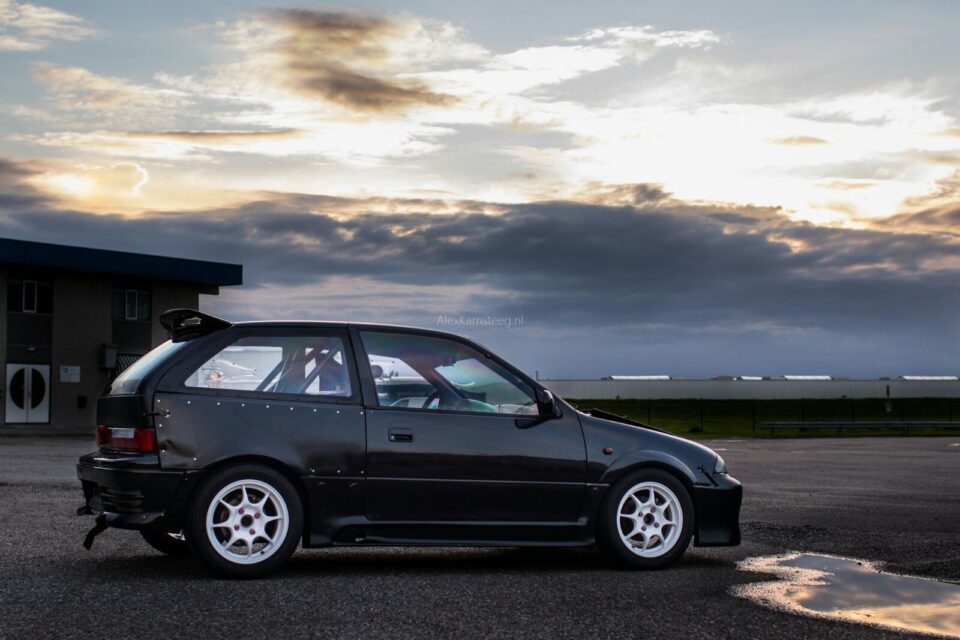 The Suzuki Swift is one of the underrated hot hatches that received a bit of love from the young men who wanted something different in terms of badging, but had the same snappy performance as its competition.

Like the early Civics, the GTi was not a particularly safe car. No anti-lock brakes, no airbags and enclosed in a small body frame, the car would simply crumple under a heavy collision.

Regardless, the diminutive Japanese car received a great deal of aftermarket support which rocketed its popularity and hoon credibility during the 90s.

The cops loved it just as much as the willing drivers. If you’ve yet to outgrow the droning noise of a fat exhaust, lowered cars and a sparse interior with more plastic than Jackson, then this is your dream ride. 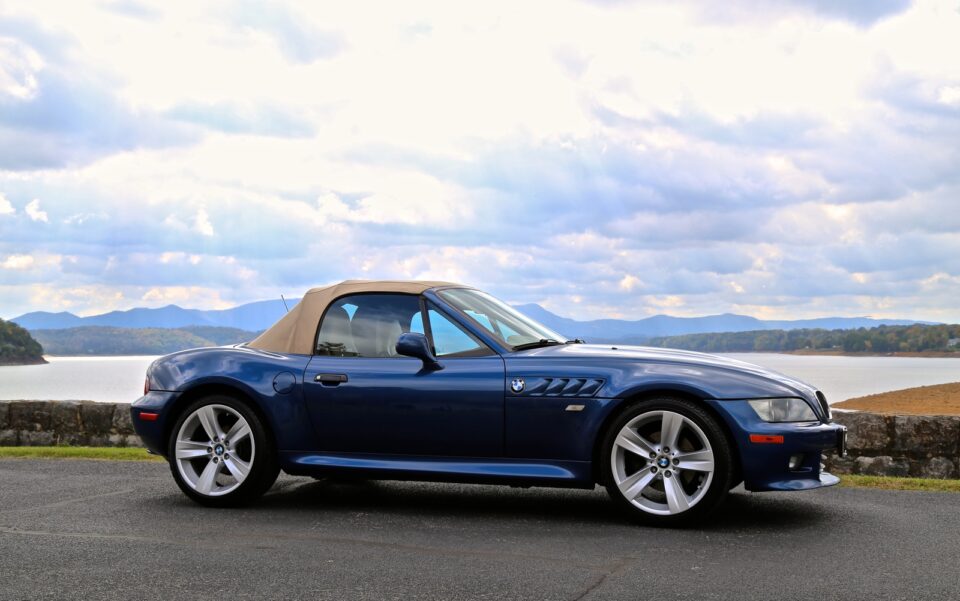 Made famous by James Bond in the weird Pierce Brosnan era, the BMW Z3 quickly became the hairdressers car of choice. The two seater convertible was perfect for a weekend in the country or conveniently jammed in a river.

The market quickly realised the car was rubbish and was only produced for 7 years. Honestly we’ve not seen one of these on the roads in years, but if you do own one it’s time to let it go.