Chadwick Boseman is once again proving he’s the Hollywood star to be following when it comes to style. The actor has been a busy boy lately, attending screenings of his latest movie ‘21 Bridges’ in London and New York, and so as you’d expect, he needs to look good on the red carpet.

And that’s exactly what he’s done on several occasions during the press trips. For the New York screening alone he stepped out in no less than five different outfits in one day.

At the London screening on November the 9th, Chadwick stepped out in a black knee-length Givenchy jacket with a texturized pattern, black and white floral patterned shirt, black pants and black lace-up boots. A tricky look for the Average Joe to pull off, but Chadwick manages it with ease. 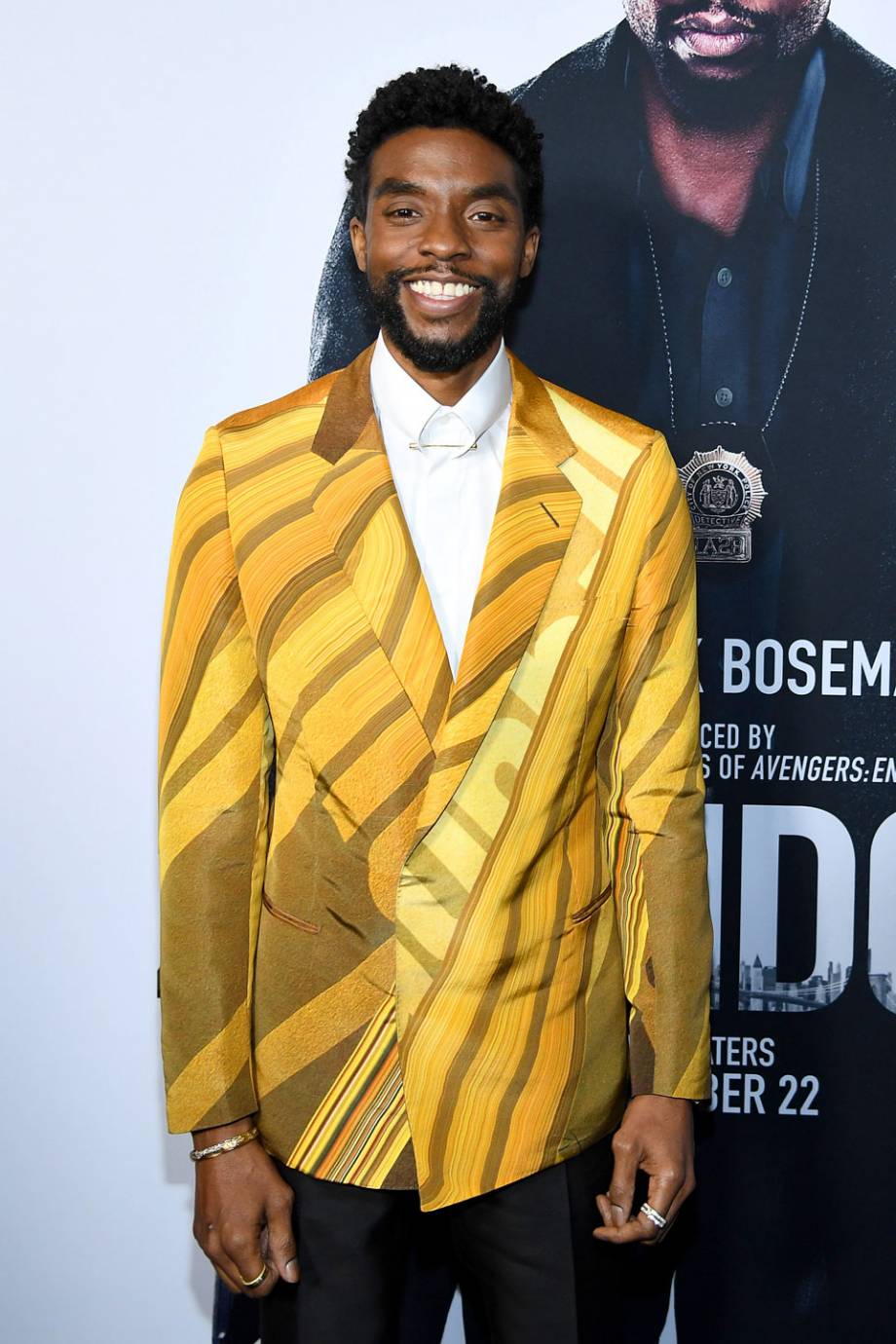 The Black Panther star stepped things up a level for the New York screening of the film on November the 19th, however, changing into five different outfits during the course of the day. His looks during the day were relatively simple and included a black and white striped Balmain shirt with black leather pants and matching leather boots on The Tonight Show With Jimmy Fallon.

He followed this up with an outfit from Italian fashion house Ermenegildo Zegna, comprising a pullover hooded jacket, brown tartan-style pants, and black work boots. He was then spotted rocking a much more casual outfit, comprising an Amiri denim jacket with borg collar, black and blue checked shirt, black jeans and high-top sneakers. He topped it off with a pair of Oliver Peoples sunglasses.

His final two outfits were the pièce de résistance of his day and both came courtesy of Alfred Dunhill. We know we wouldn’t be able to pull off the first; brown leather pants with a turtle neck long-sleeve with what can best be described as a fire print.

His second, however, has to be our outright favourite: a crisp white shirt, black pants and Chelsea boots and a bespoke golden Dunhill blazer that is the epitome of eye-catching. We’re big fans of an outlandish blazer paired with simple separates and Chadwick proves it’s style method that, when done right, can look phenomenal.

Not only are we jealous of all of Chadwick’s looks, but we’re also downright green with envy that he has the time to make all the changes.