“Manners make the man,” says Colin Firth, whilst school-ing a bunch of ruffigans as a British Secret Service spy in his hit movie, Kingsmen. Playing a quintessentially British gent seems second nature to Firth. But lapel widths, cuff lengths and colour coordinating suits is something specifically learned by the actor, since his unconfident pursuit of Bridget Jones.

Now, with a suit collection on Mr. Porter inspired by his dapper onscreen wardrobe, Firth has indeed earned his sartorial pin stripes. And like fine wine, his appearance is ripening with age. 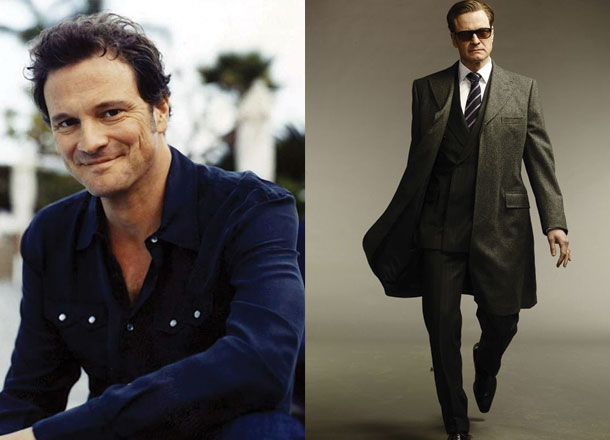 Despite Colin Firth’s niceties, they are few things that cross the threshold of his wardrobe. Firstly, colour. A fan of all things neutral, Firth finds all ways and hows to dress simply, muted and classic. Next, he doesn’t own shorts or tees (as far as we can see). Accustomed to the English cold, maybe he thinks he’ll freeze to death if he dare try a summer themed outfit for just one second. And lastly, he doesn’t accessorise.

Outside of sunglasses and ties, the actor prefers to channel good hair and a killer smile to dress-up his British garb. And if you still have hair and good teeth at Firth’s age, we say – work it.

Can’t Beat It Black And White 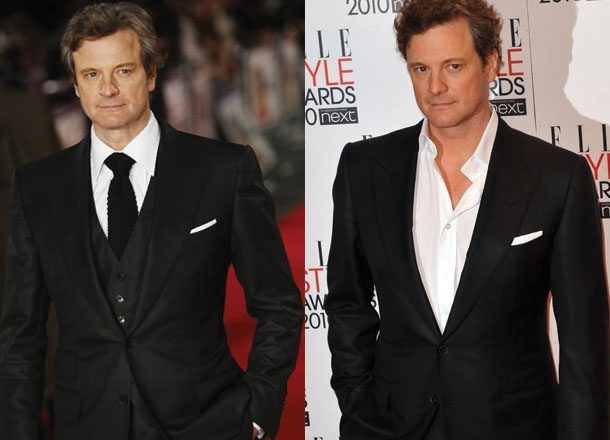 Engrossed in tailoring, Firth is rarely without some sort of blazer or jacket torn away from his classic suit. The standout, however, is his fascination with black. Never looking goth, the black jacket is single-breasted with two buttons usually, and a mid-sized, peak lapel. Pairing a blazer with classic white shirt might sound boring but with raw jeans its sharp and stress-free. With suits, see him in a black three-piece.

The stylish point of difference (as always with Firth) is his tie – this time in silk weave for textural resonance when it matters most – on the red carpet. 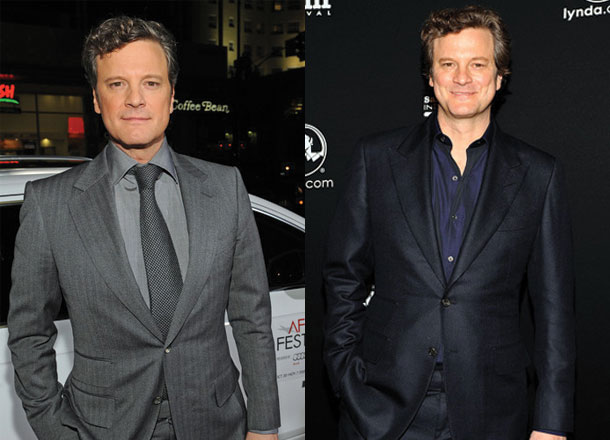 When suited and booted, Firth opts for a seamless blend of colour between his jacket and button-shirt. Termed ‘tonal’, the effect is simply brilliant when adopted in the likes of Firth’s midnight blue mohair suiting – single breasted and with a touch of sheen, enhanced with the flash of camera bulb on the red carpet. 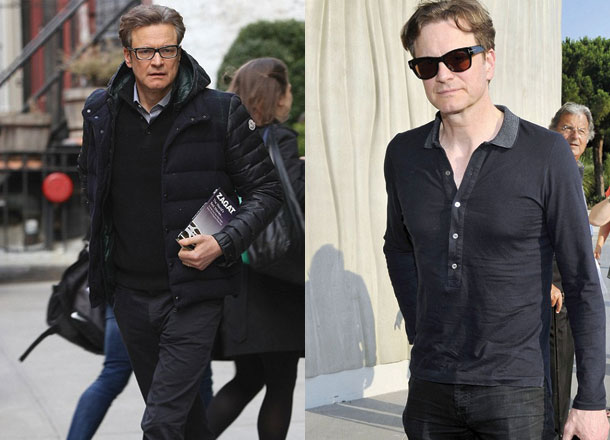 And Firth is back to black off-duty with two distinct street-style looks. For winter, its a touch après ski, with puffer down jacket over a professor sweater and chino combination, while on holiday in New York. In LA, the sun’s shine sees black turn into a collared Henley over black jeans – with a touch of fade to make it a lighter for well, summer. Final thing? Eyewear – both spectacles and shades, in b-lack. 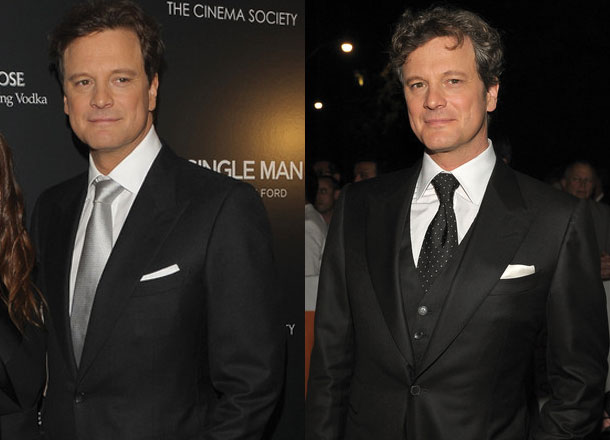 Leaving the playful part of his style canon to accessories, Firth relishes in pin-point spots. Find the little specks placed effortlessly on business ties and cravats for the red carpet. A bit of a bower bird too, Firth is drawn to shiny things and confidently boasts the traditional tie in matte silver under a super luxury three-piece suit. Bling! 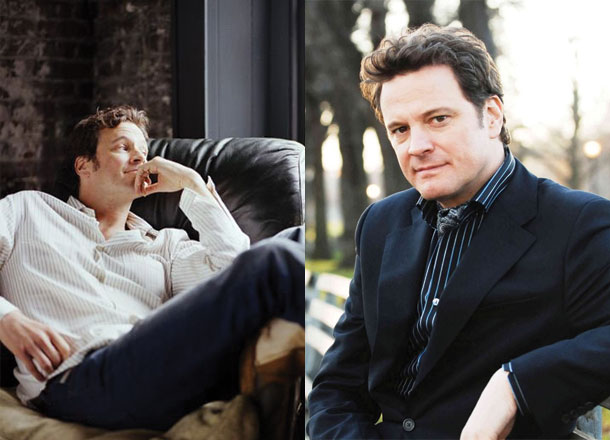 The pyjama striped shirt making it big in 2015 was already being worn by Firth several years ago. Because Firth likes black, especially in suits and blazers, the stripe allows the actor to wear even more black. Lighter stripes, say white, break up the dark attack or inverse the hues for a night-time stripe look – white stripes on black. Meanwhile, remove the coat and the stripes (always thin) work softly on a white button-down and jazz up a pair of standard blue chinos.

It goes without saying that Firth would own some of the Kingsmen movie suits, make in conjunction with some of Savile Row’s best tailors. Go single breast for day time ease, while the double breast is key for nights. Otherwise, Tom Ford is a go-to for Firth as he is a close friend, as well as Dolce & Gabbana.

Quintessentially British, Firth only knows the likes of tailor-made shirting from English greats Hackett London and Gieves & Hawkes. Always in a button shirt, his casual stripes are very Alexander McQueen. And the rare times he dons a casual top usually results in a henley or polo – long sleeved, too. The soft cotton, as opposed to poplin, is important to Firth so source the most luxurious brands around for modern tees – James Perse and Simon Miller.

A fan of overcoats, opt for a heavy weft and dark hue in a mac or pea coat style. Once again, fabric is everything and the most quality is cashmere and wool. Gucci is first class for this. Moncler or Canada Goose are the best ski-look down jacket makers, as are Uniqlo for a cheaper option.

Ties and sunnies and fashion spectacles: these are to only accessories that Firth hones in on. For neckwear, mix it up with a woven number for London’s Drakes or Dunhill. For spots on silk, turn to Saint Laurent – one of the better brands doing the dandy print this season. For frames, go Thom Browne in chunky, fashion-designer black; while sunnies are more retro and often aviator, towards the essence of Persol or Eyevan.