How Compression Wear Can Enhance Your Workout

We’re here to help you understand why compression gear is everywhere, what it does, and who the biggest names in the game are.

If you haven’t quite given up on your new year new body resolution, it’s likely you’ve encountered a couple of gym bro’s or freakishly ripped crossfitters heaving their way through the room in a pair of compression shorts.

The athleisure movement (and its more active sibling) has seen an explosion of compression apparel over the last few years – whether the workout is limited to scrolling through Pinterest at a local cafe, or trying to impress mates with a one-rep squat max that’ll probably land you in hospital.

Before you collapse at the notion of decking yourself out in enough spandex to embarrass Spider-Man, we’re here to help you understand why compression gear is everywhere, what it does, and who the big boys in the business are. 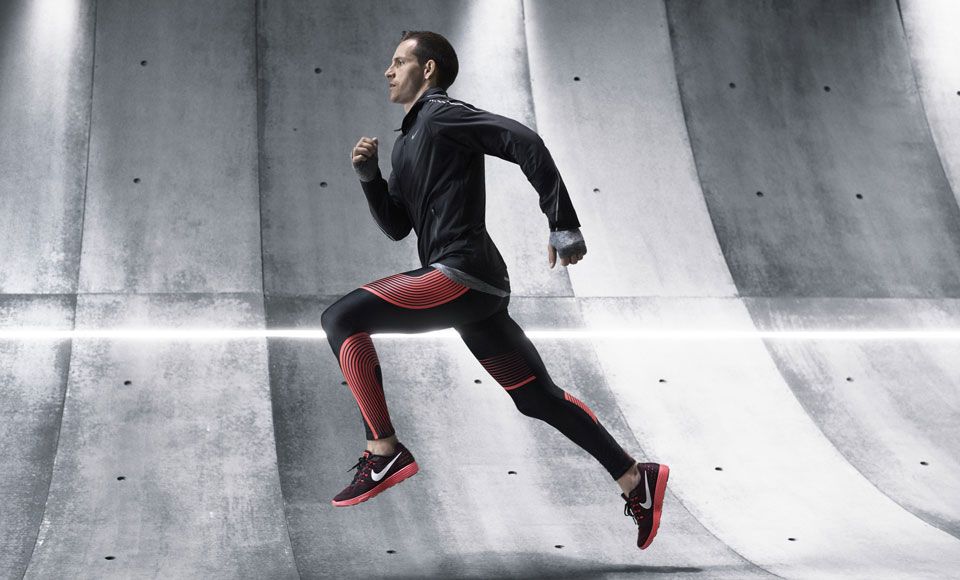 You might scoff at the notion of prancing around the gym in a leotard, but compression apparel – whether it’s socks or shorts – is reputed to offer some valuable benefits for the thinking man in the squat rack.

For men out there with nasty memories of nappy rash, compression gear wicks away moisture and stops skin abrasions in their tracks. Compression garments are also designed to stimulate blood flow, ensuring that strained muscles receive enough oxygen during periods of elevated activity.

RELATED: 4 Common Gym Mistakes That Are Killing Your Progress

They prevent fluid accumulation in muscle tissue, which is a boon considering how muscle fibres tend to swell and expand under pressure. They’re also a valuable recovery tool. The additional pressure from these garments can in some cases reduce swelling – provided you continue to wear them after you’ve finally hung up the dumbbells, and taken your fifth and final selfie for the workout.

Compression gear, like any part of fitness, is designed for long-term application. It’s debatable whether you’ll get any benefit from wearing them as just an occasional addendum to your fitness outfit.

It’s also important to consider your lifestyle in your choice of compression gear – a swimmer wouldn’t wear compression socks, and a boxer wouldn’t bash his opponent’s head in wearing compression tights designed for an Olympic sprinter. 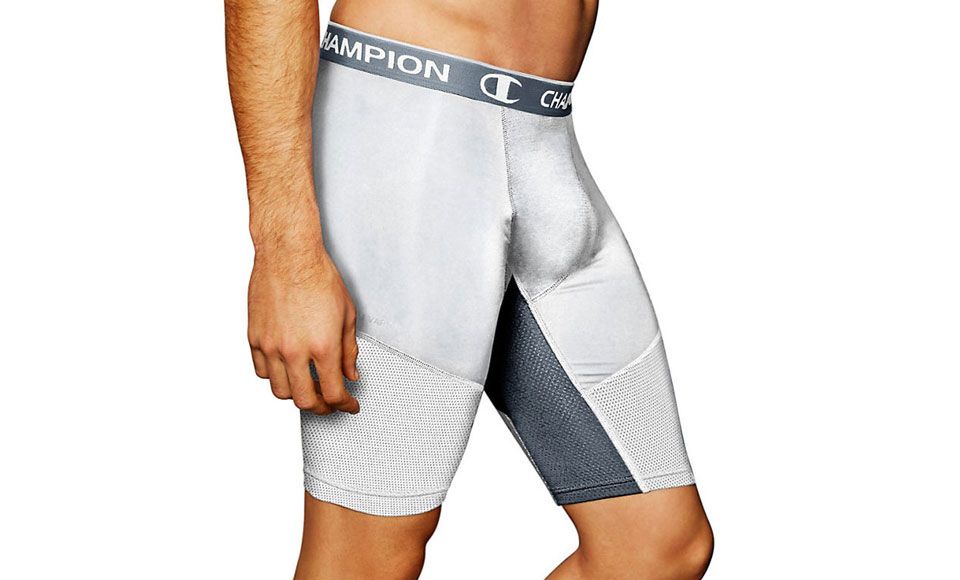 Champion have been the lords of sportswear for nearly a century, so it’s hardly a surprise that they make compression apparel a consistent priority. Champion’s Power Flex compression shorts offer the mandatory benefits – muscle support, sweat resistant, and stretchable – and are sold in a variety of sizes to suit your body shape and activity.

They offer both compression shorts and ¾ pants, depending on your fitness requirements. Champion compression gear is super affordable, so you can save your dosh for the important stuff like obscure pre-workouts and chicken breast.

Because of their accessible pricing and versatile applications, their compression apparel suits both the reverent gym rat or the weekend hero, so they’re well suited as an entry choice if you just want to dip your toes in the water. 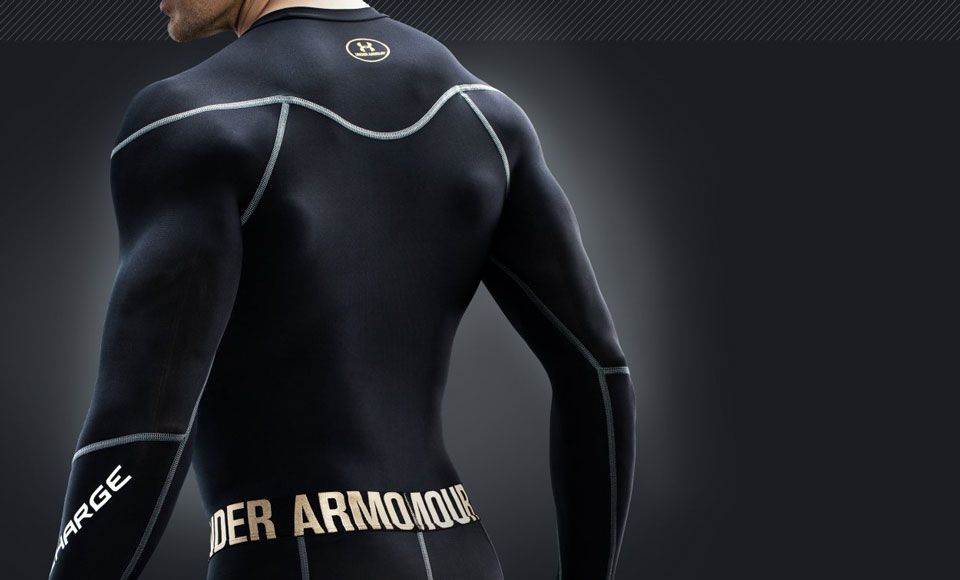 Under Armour was born on American college campuses, by college sportsman who knows a thing or two about the importance of proper workout support. Under Armour’s compression gear is a focus of their wider range.

Under Armour are very much a functional brand. Not necessarily a streetstyle staple, but you can’t get much better for a serious session at the new F45 around the corner. 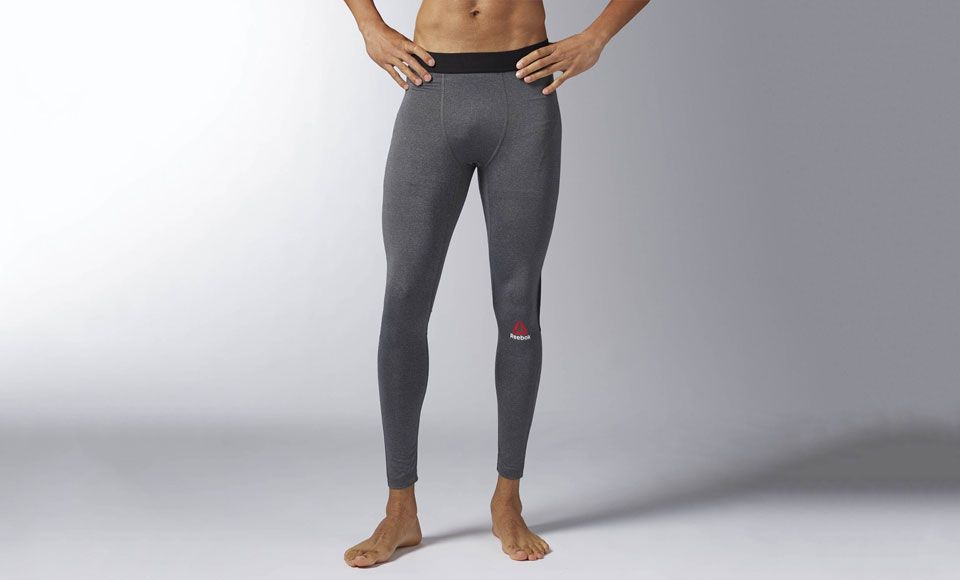 Reebok offers a good, better, best approach to its collections

Reebok sits at the intersection between lifestyle and hard training. You can wear their compression gear both to your second training session for the day, or for those slow mornings where you can’t quite summon the energy to smash out a session.

Reebok offers a good, better, best approach to its collections (and pricing). They also offer assorted designs on their compression apparel, giving fitness enthusiasts a break from the minimalist unicolour options other brands carry.

Reebok’s surprising affordability is secondary to the vast benefits of their compression gear – whether its antimicrobial coating to keep the workout funk at bay or reinforced shin panels to help you maximise endurance. 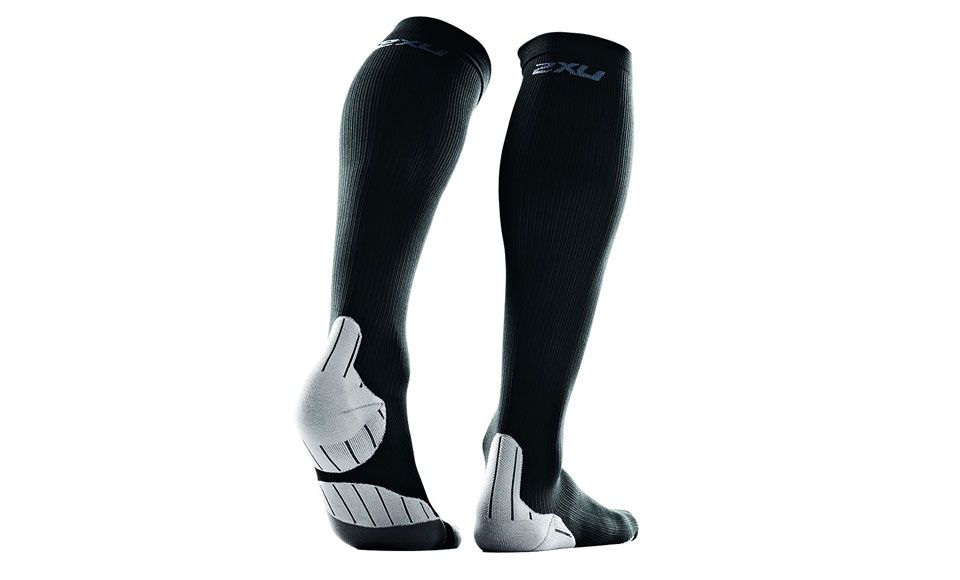 Compression socks are an underrated addition to your workouts

2XU represent Australia in the compression kit business and they deserve the space they have. 2XU’s compression socks incorporate the X:LOCK feature, which provides stabilisation for your ankles during workouts and ensures you’ll live to squat yourself to death the following week.

Scrapes and abrasions are also a thing of the past, thanks to linked toe construction and additional cushioning throughout the heel. Compression socks are an underrated addition to your workouts. They’re less expensive than larger compression items, don’t occupy a huge chunk of space in your supplement-crammed gym bag, and do wonders for dodgy ankles and heels.

After all, you might never do ankle raises or heel curls, but your feet are the supporting appendages that never really catch a break. Look after them while you can. 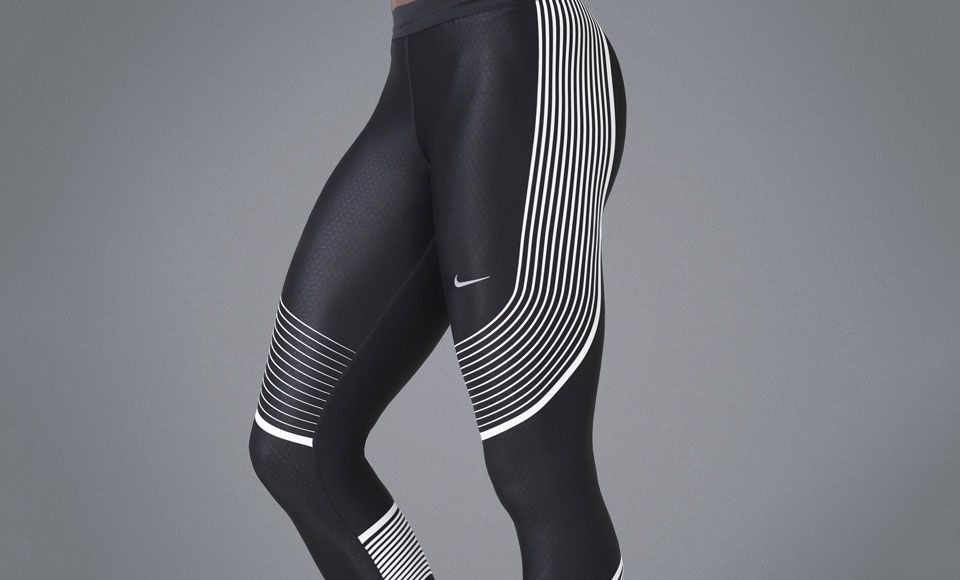 It’s no surprise that Nike have athletes at the forefront of their mind. Nike Training is a subsidiary offering for both hardcore gym guys, and casual athletes struggling through their one and only session for the week.

Nike’s compression gear has all sorts of goodies to help you reclaim that six pack you always tell your mates about. Nike’s DRI-FIT technology turns chafing into a distant memory, allowing athletes to keep sprinting, lifting, and posing for gym selfies pain and rash-free.

For muscular recovery, their ‘Hypercompression’ tights include silicone panels at key locations where injury likes to make an appearance. These give your thighs and calves plenty of backup and support for cool down and post-flogging recuperation. If the prospect of a busted hamstring keeps you up at night, Nike Training compression apparel is your bridge over troubled workouts. 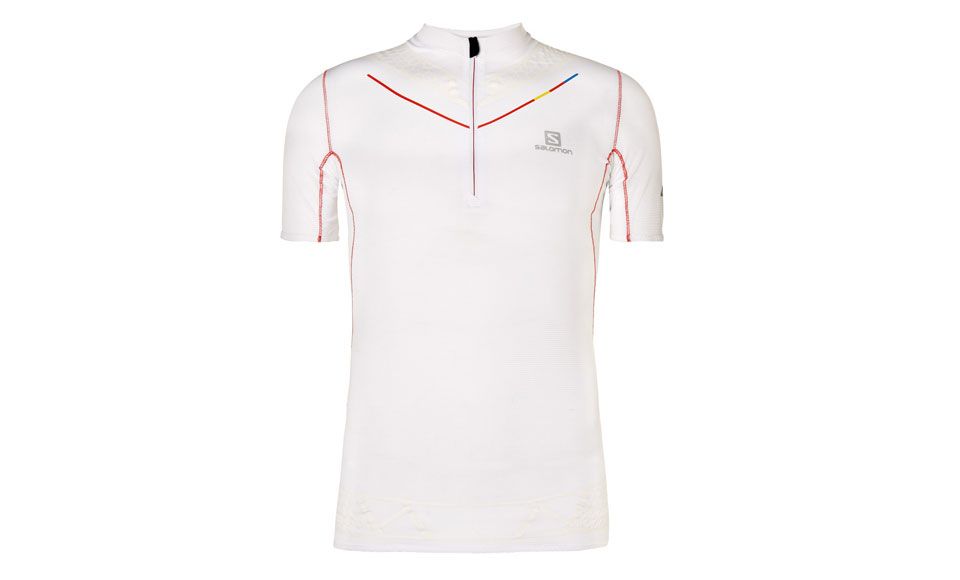 Salomon design their activewear for a variety of fat blasting distractions

Salomon originates in the high-risk, high-society sport of skiing, where being fit as hell was just as important as not impaling yourself on a passing tree.

Their current roster of compression gear doesn’t obligate a trip to the Alps, though. Salomon design their activewear for a variety of fat blasting distractions, so they’re a suitable choice whether you run, lift, or tear up the white stuff (snow, that is). They also construct their compression tops with postural support, to keep your shoulders locked and your chest up during that agonising final rep.

Salomon prefer the form-fitting and slim-cut, so look elsewhere if you want to leave something to the imagination, or your new year’s resolution isn’t producing the slim results the trainer promised you. 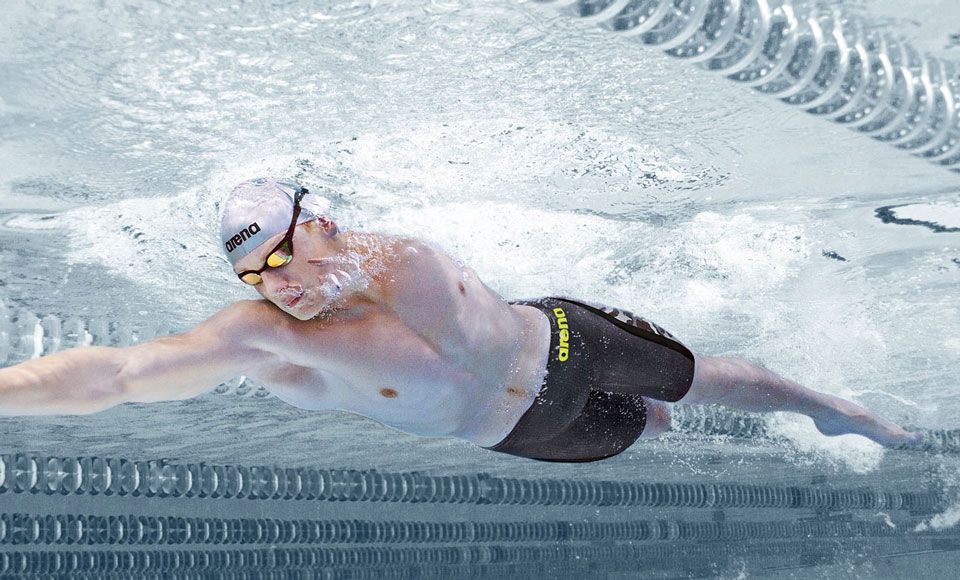 Arena is known for their trademark Skinfit fabric

Arena might be for the aspiring Michael Phelps out there, but their compression gear is second to none. Originally designed for high-stakes underwater athletics, Arena is known for their trademark Skinfit fabric that won’t stop you from shaving important seconds off your lap timings.

Most Arena compression apparel is uber-thin, so it’s a perfect addition if you dislike the burden of extra layering, and need to emphasise mobility and range of movement. They offer compression apparel for the entire body, and have recently expanded into out-of-water fitness gear, so there’s also something available for those of you who never learnt how to swim. 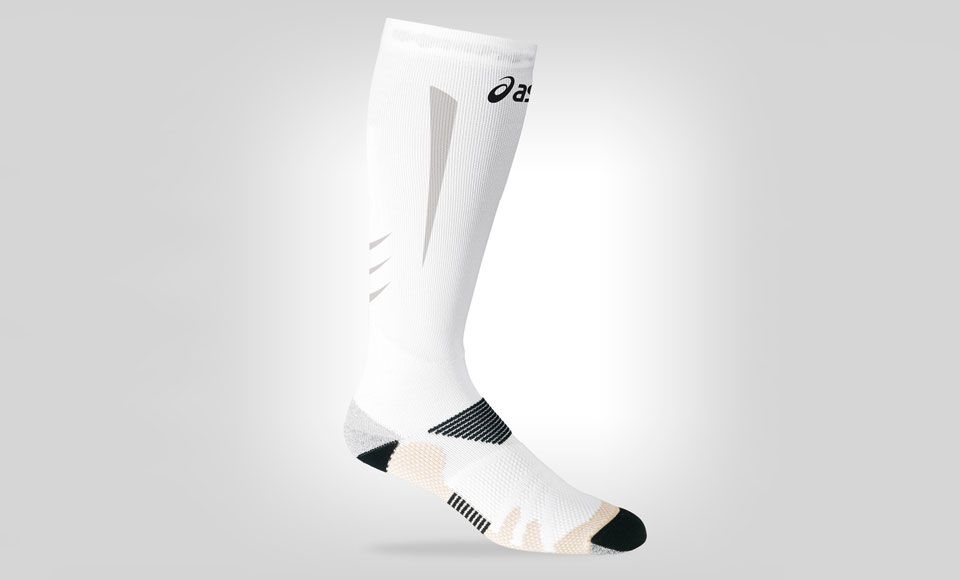 Asics compression gear is minimalist, no-fuss, and designed for a tough slog

Since 1949, ASICS have offered function-first apparel for athletes whether they’re in their prime, getting back into the game, or just sluggishly dragging their feet through a brutal Sunday morning kettlebell session.

Their compression gear is minimalist, no-fuss, and designed for a tough slog and nothing else. Motion Muscle Support technology puts recovery at the top of the shopping list, giving you the tools to bounce back from a hard session and ready yourself to sweat another day.  ASICS compression apparel has perforated fabric to keep ventilation on your side, because no one likes to stroll out of the gym looking like they fell asleep under a waterfall.

You don’t need to go head to toe skin tight, but it’s worth adding a pair of shorts or socks to your workout ensemble and seeing the benefits stack up. Whether you’re preparing for Knees of Fury or just like to create the impression that you can move mountains, it’s never been cooler to be seen looking like you’re a barbell-crushing superhuman.