No dives, no bars, no clubs. Just the best pubs in Sydney to sample the finest brew.

Sydney is certainly a city for drinkers. With a number of bars dotted around the CBD and surrounding areas – not to mention a shedload of breweries – Sydney certainly knows how to show its residents a good time. Lockout laws may have put a big downer on nightlife, but with them now being scrapped, Sydney’s drinking clique can once again enjoy their city.

But forget cocktail and rooftop bars for a minute, let’s talk about pubs. With their sticky carpets to free-flowing beers, to the smell of malt and bottom-shelf liquor, there’s something very special that makes a pub legit. They’re the perfect venue for day-drinking at the weekend, especially with Sunday roasts flowing out of the kitchen. Or they can be the ideal post-work boozer to wind down with a schooner or a glass of wine.

Fortunately, Sydney is home to a huge number of pubs, and while we could have easily told you which ones were the ‘best’, we instead thought we’d share with you which ones we believe to be the coolest. Whether it be décor and layout, the drinks being slung from the bar or the tunes being pumped from the speakers, these Sydney pubs are all ones we implore you to visit at least once (we guarantee you’ll want to return for future visits). 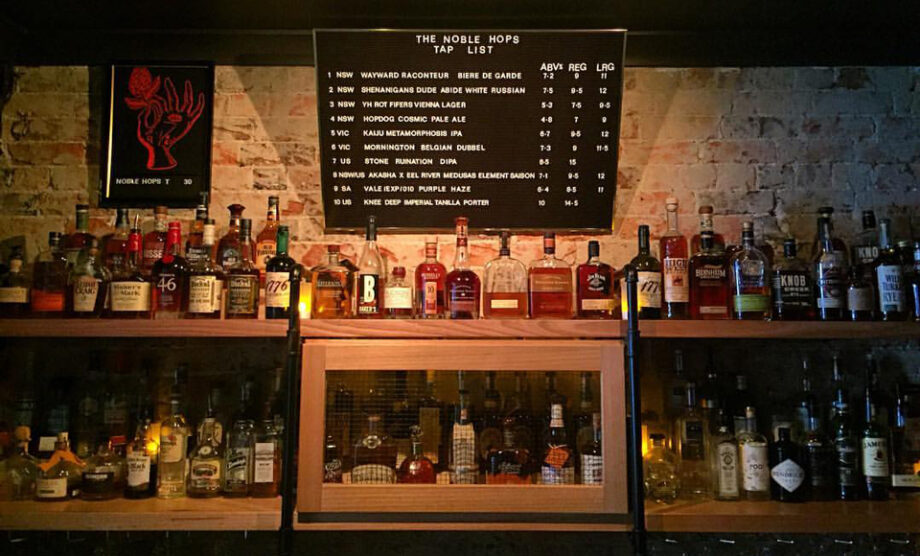 Playing host to more obscure breweries than you could throw an artisanal beer at, The Noble Hops is all about exposing its clientele to the finest Australian craft beer – and there are usually around 100 on rotation – no matter how small the shed it’s been made in. 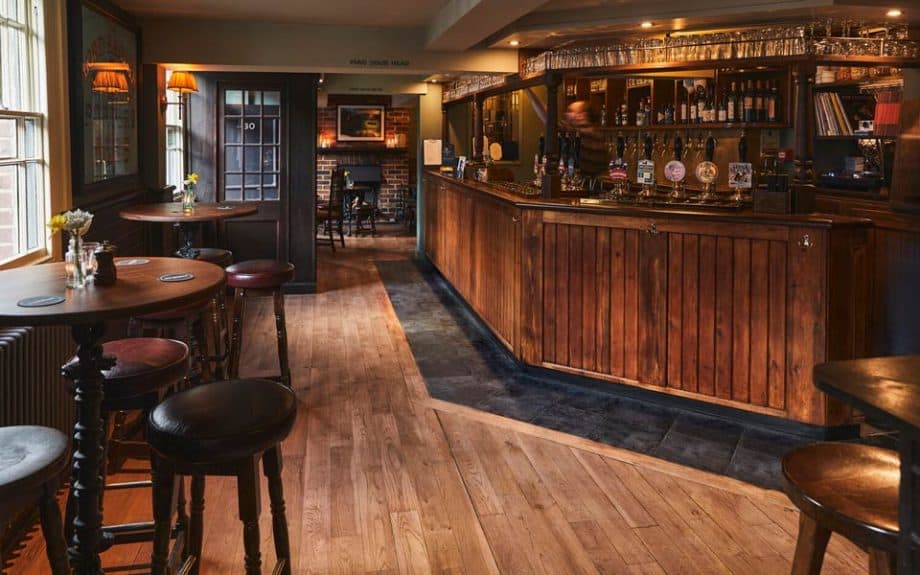 The Lord Raglan, located just across from Alexandria Park, is all about being as pure a pub as it can be. No pokies, no gawdy smoking areas, just a warm, comfortable setting and a ton of great brews on tap that rotate weekly. Combine this with a suite of pinball machines, an American-inspired menu and weekly trivia, and baby you’ve got a party going. 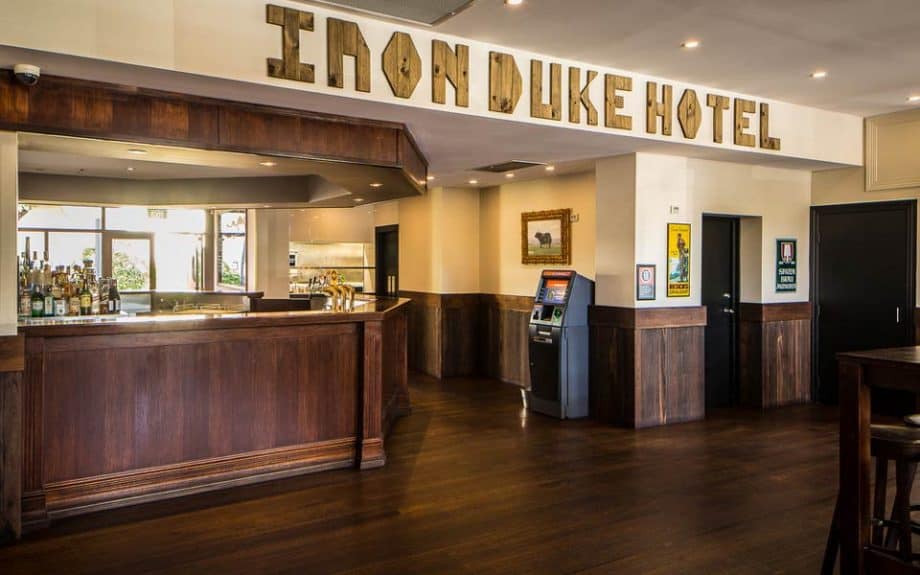 Another great pub that makes the short trip from Redfern station worth taking, the Iron Duke has a weekly roster of featured beers on tap that you can sample, and even preview through their website before you head in. Just another Alexandria staple that confirms this area as Sydney’s craft beer haven. 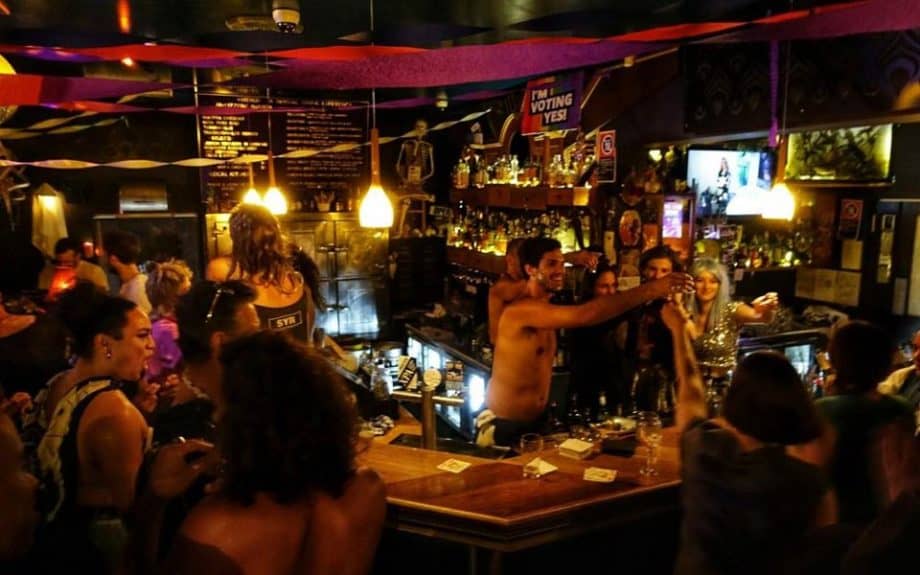 Before you even walk inside The Bearded Tit, it’s easy to see that you’re about to enter one of Sydney’s more unique pubs, in terms of both décor and the local crowds. Food comes ordered from the Chinese takeaway down the street, while the Wednesday open entertainment night is absolutely something to behold. Go in with an open mind, and you won’t be disappointed. 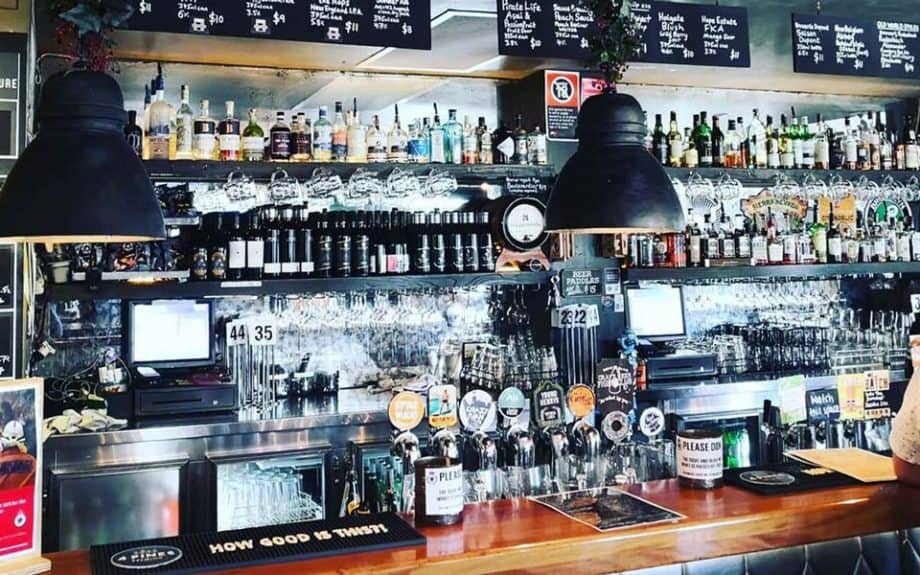 This award-winning pub may be tucked away in the quieter side of Surry Hills, but we implore you to go searching for it. Why? It has a consistently great range of beers on tap and some of the best pub grub around that can only be described as “comforting” – the Sunday roasts are a particular highlight. But if it’s boozing you’re after, head down on a Thursday or Friday for the 4pm – 7pm $5 happy hour. 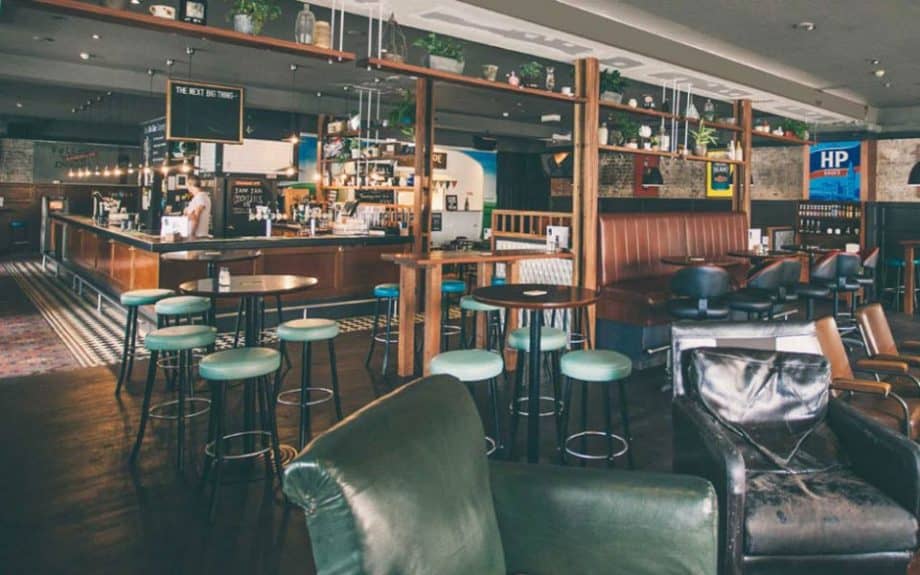 A popular haunt for both Sydney Swans & Sydney FC fans, the Bat & Ball’s Parkside bar has long been a favoured choice for anyone heading to games at the nearby SFS or SCG. Recently revamped with a new menu and a great function area, they offer an awesome British vibe, darts AND quality grub. 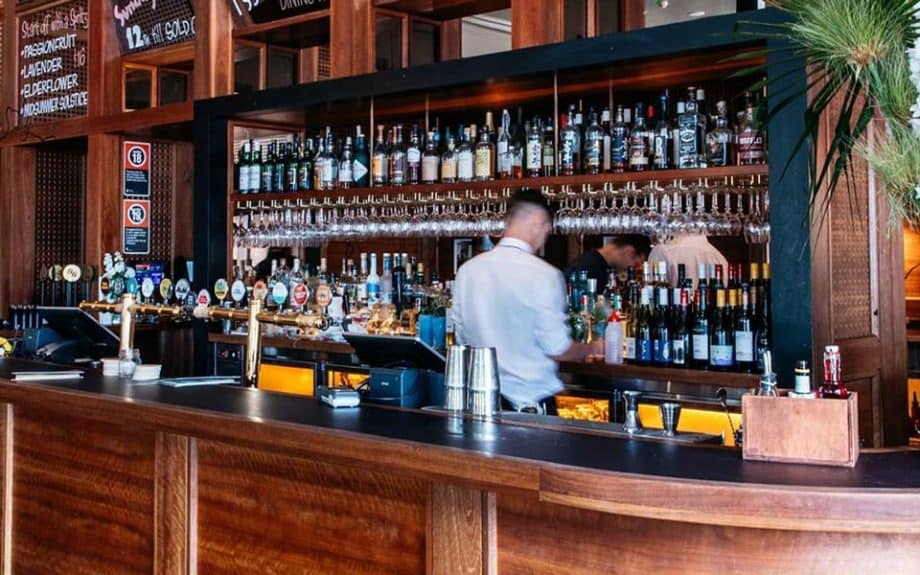 The Paddo Inn is no ordinary pub. Taking inspiration from the more upmarket pubs lining London streets, The Paddo Inn offers one complete dining experience (it used to have a separate dining room) serving up burgers and steaks, and don’t worry vegetarians, you’re catered for too. However, we’d recommend heading down on a Sunday for one of their ginormous roast dinners. 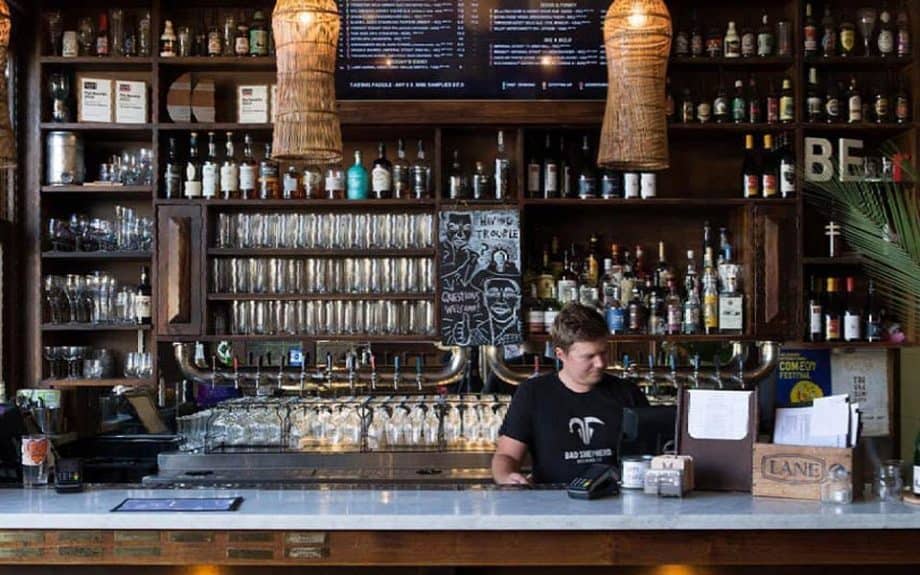 The highlight of any trip to the Local Taphouse has to come in the form of their beer tasting paddles, best sampled by going from a lighter pale ale through to a smoky porter or stout. Their slightly upmarket take on pub grub and rooftop views makes everything feel a little more special too, but it never loses that homely pub feel. 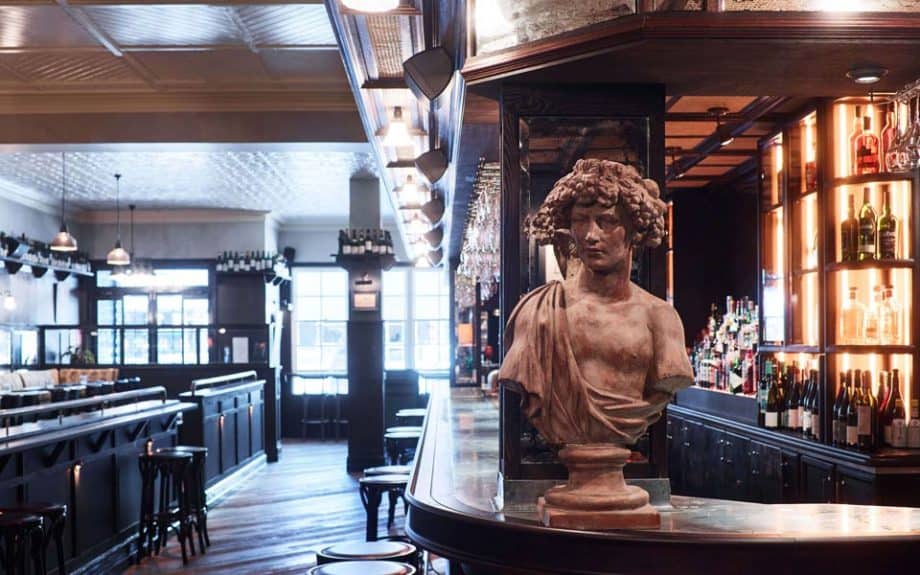 Newtown’s pub scene has all but died, replaced with a sizeable helping of pubs-come-cocktail-bars-come-nightclubs. Just a few minutes’ walk down in Enmore, things have stayed a little more down to earth. A new breed of gastropubs is starting to take hold in the area, first and foremost of which is the Merivale-owned Queens Hotel.

Vic on the Park

Home of what may be one of Sydney’s most beloved beer gardens, the Vic has experienced a huge resurgence of popularity in the last few years. With a great selection of beers and burgers, the main highlight of the Vic comes in the form of its huge backyard area, which features a basketball court so you can lay up some bricks as you smash some tins. 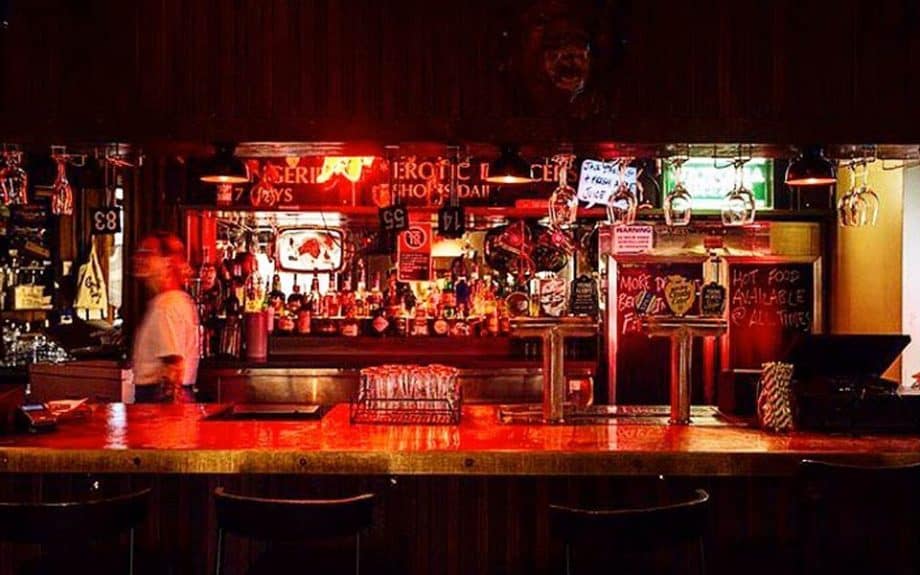 Formerly one of the Inner West’s most notorious strip bars, walking into the Oxford was once like experiencing the end of the world itself. Now, it’s an entirely different monster. Good music plays, good beer flows, and on Sundays, they break out the smoker to host Black Betty’s BBQ. Good meat by the gram. What more could you want? 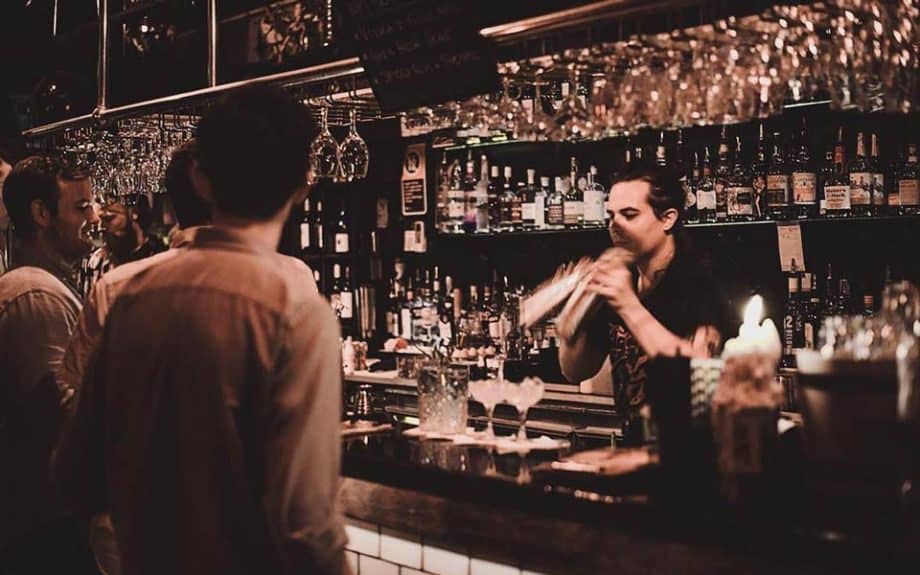 If you ask someone from the Inner West where’s good to get burgers, beers and cocktails, they’ll likely tell you about The Different Drummer, such is its notoriety. If you’re not in the mood for a burger (hey, it happens) then the rest of the menu is designed to share, making this New York-style bar (with a funky soundtrack to boot) an ideal spot day or night. 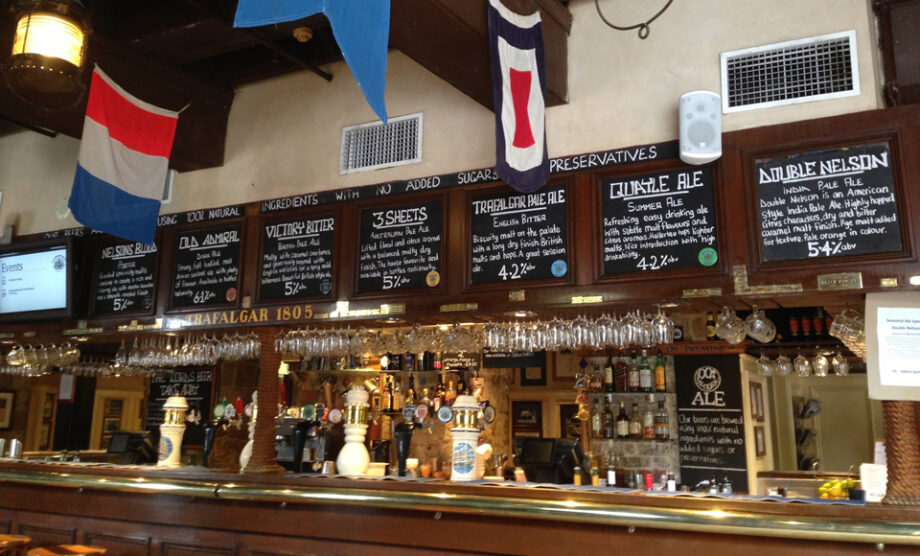 Crowded AF on weekends, but absolutely one of Sydney’s most legendary drinking spots, The Lord Nelson is the site of Sydney’s first really trendy craft brewery, making good beer accessible to hop fiends before it was even remotely cool to do so. Even now, their most popular brews flow freely on tap, as do a suite of their other, more seasonal beers.

The Hero of Waterloo 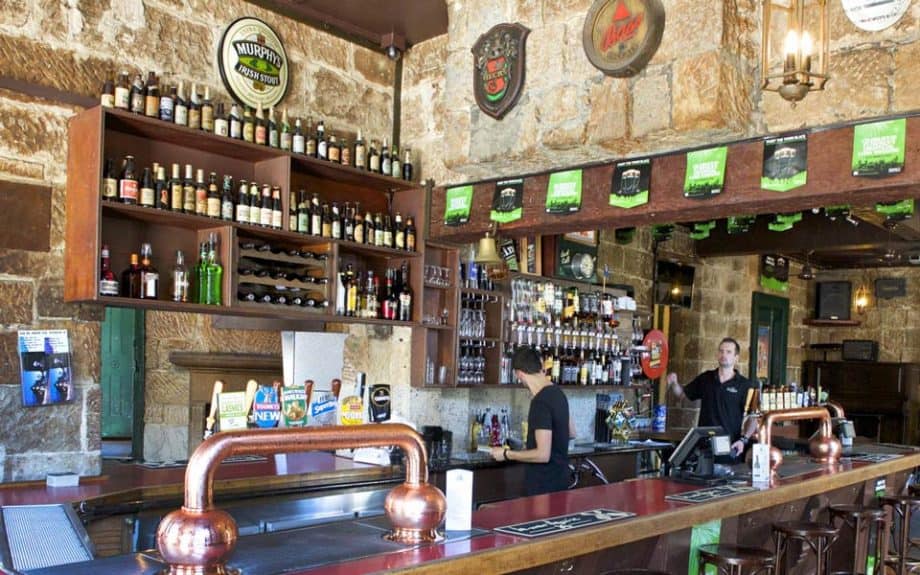 The Rocks is the Sydney CBD’s pub haven, and walking a short way from the hustle and bustle of The Rocks’ more crowded areas will have you in the proximity of some of Sydney’s oldest pubs. The Hero of Waterloo, which we think may have the best pub name in Sydney, is no exception, housing many a keen drinker within its century-old sandstone walls.