Coolest Restaurants In Byron Bay To Dine With The Backpackers

Byron Bay is a town known around the world for its beauty, laidback vibes and unrivalled popularity with backpackers and tourists. Home to landmarks such as Cape Byron, the easternmost point of Australia, Byron Bay really is a destination that everyone who finds themself in Australia needs to visit.

While it naturally becomes busier during the summer months when an influx of backpackers, international tourists and Aussie holidaymakers arrive, it can still be enjoyed when the temperatures drop. Not least because the food scene in Byron is something to write home about. With a variety of tastebuds arriving in town, it has plenty of people to cater to, and rather than just provide quick takeaway options to the drunk and disorderly, Byron is home to some world-class restaurants and cafes.

We’ve rounded up some of the downright coolest places to get your food fix next time you find yourself strolling along the long beaches and swimming in the crystal blue waters. 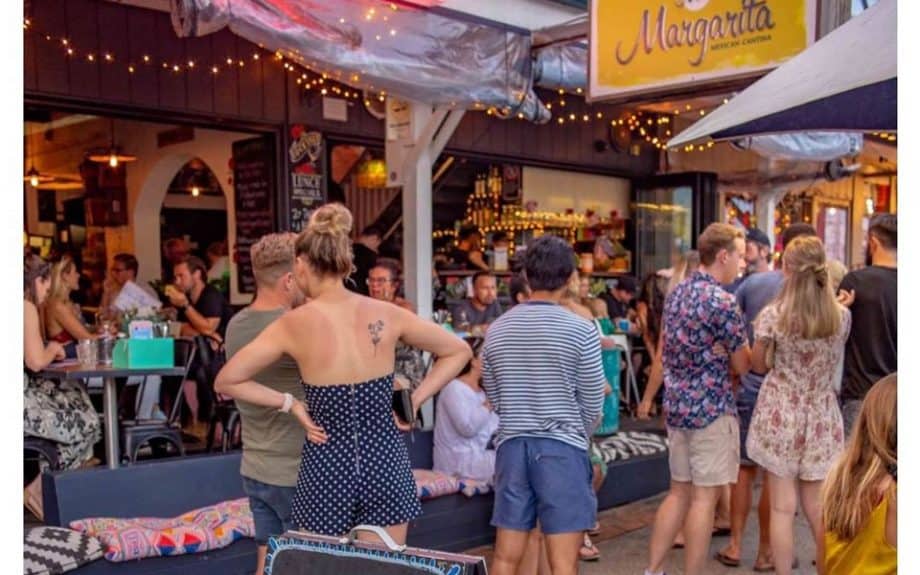 You can’t miss Miss Margarita when you’re in town. Although it’s slightly tucked away to the side of the path as you approach the main beach, there will nearly always be a queue of people outside waiting to get a table. And for good reason, the Mexican fare is some of the best around and the selection of cocktails (margaritas feature prominently) are off their head with deliciousness. 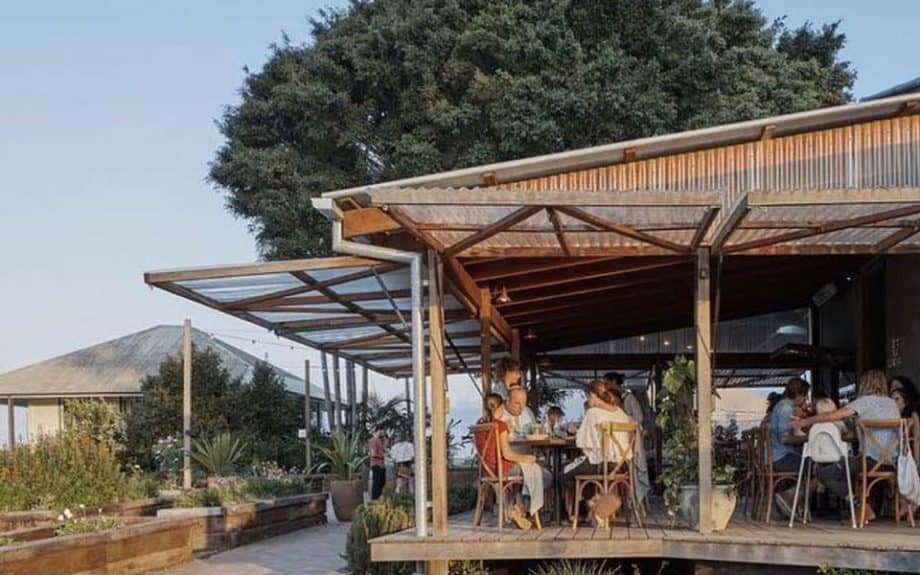 The restaurant bolted on to the side of The Farm – which itself is well-positioned on the roundabout and main entry point into Byron Bay – Three Blue Ducks (which has venues in NSW, QLD and VIC) is the epitome of pasture to plate dining. Not only does TBD serve up delicious, locally-sourced dishes, but it’s a place of education too, and one for the whole family to enjoy, with a playground for kids and a small group of farming pens to admire the pigs and cows. 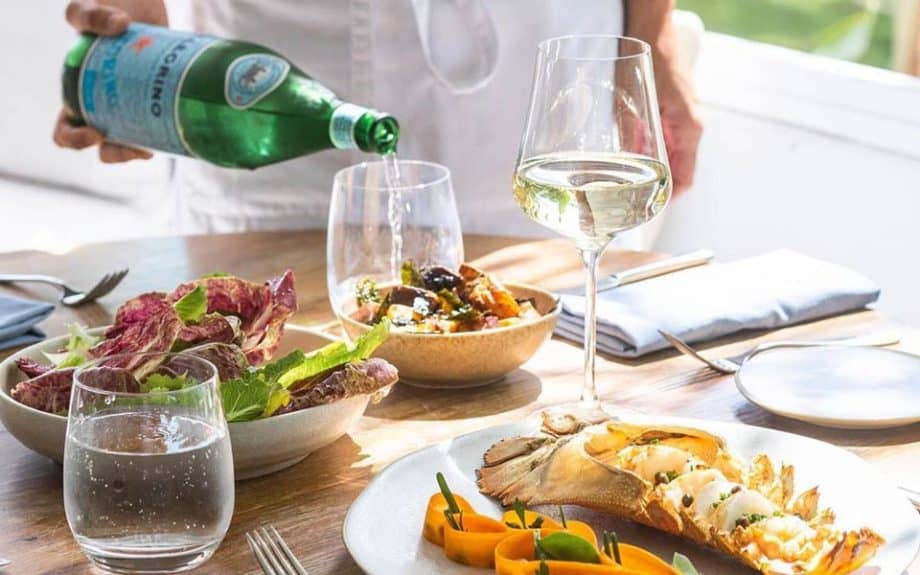 Raes on Wategos is both a luxurious accommodation retreat and a swanky restaurant. Head chef Jason Saxby has put together a menu that is Australian through and through, but one that draws on inspiration from the Mediterranea. If you simply can’t choose one main dish to gorge on, then the tasting menu will serve you well. The venue itself is as Byron Bay as they come, with pastel colours and clean lines that scream beachfront luxury. 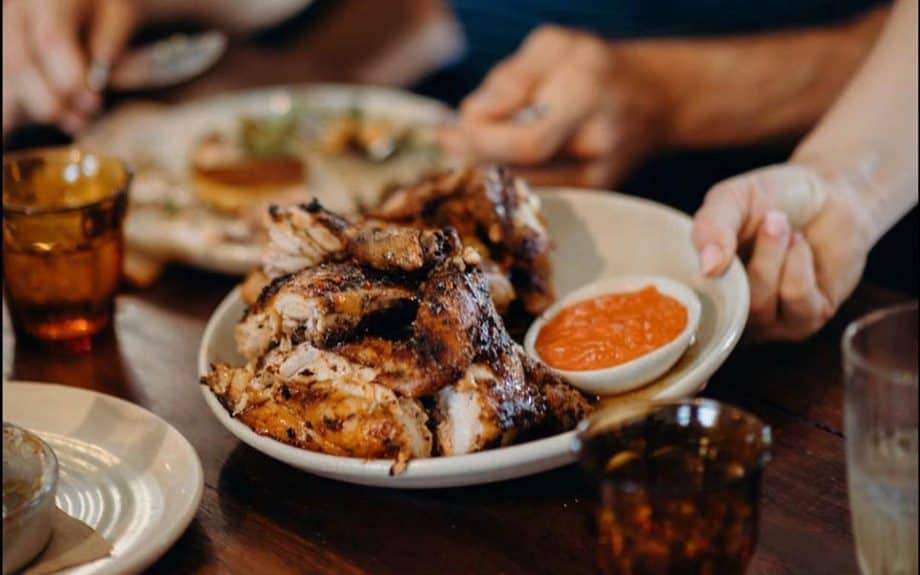 Byron has, without doubt, earned itself a reputation of being a town for both hippies and Insta influencers. As soon as you pass by the welcome sign, you feel yourself more at one with the earth and a sudden desire to be as ecological as possible. And that’s the approach taken by Barrio, which is just asking for pictures of both its food and interior to be taken and shared to your followers.

Nestled just outside the main town of Byron Bay in the recently developed Habitat, Barrio offers a decidedly casual environment that promotes sharing with groups, coupled with a menu that has to be tasted to be believed. 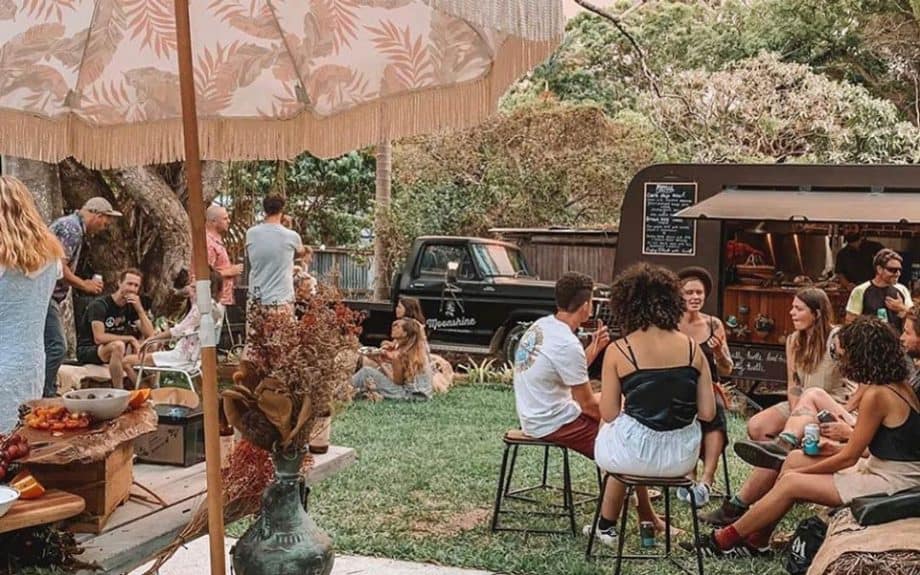 Who doesn’t love a cuppa joe in the morning, or at any other time throughout the day to keep themselves awake and revitalised? Australia isn’t short of world-class coffee outlets, but Moonshine Coffe in tranquil Byron is one of particularly outstanding quality.

The guys at Moonshine roast their own brew, which now supplies cafes in Australia and to far-flung destinations such as South Korea. It’s purely a coffee joint, so technically not a restaurant, but its product is so good and so worthwhile of the drive out of Byron Bay to its Federal location, that we simply had to give it a mention. 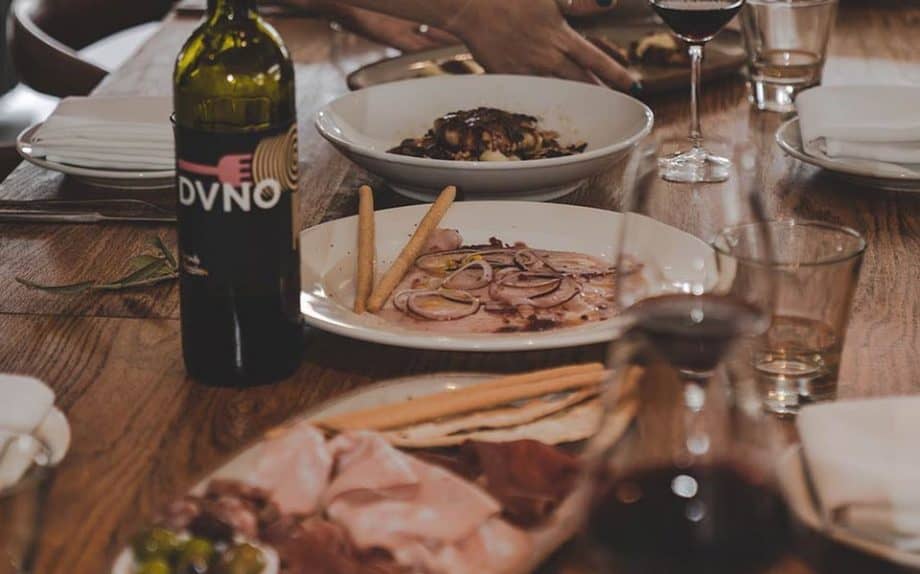 Everyone loves to chow down on a bowl of delicious pasta or some Foccacia bread, not to mention mountains of parmesan. For all this and more, head to di Vino. The restaurant, regarded as one of the finest Byron Bay has to offer, offers up a menu that will please both foodies and wine connoisseurs alike, combining the best traits of Italy and Australia (the restaurant is owned by four guys: two Italian and two Australian).

Dishes are beautifully presented (and rotate regularly) and made from as much local produce and ingredients as possible. It’s comfort food at its absolute finest. 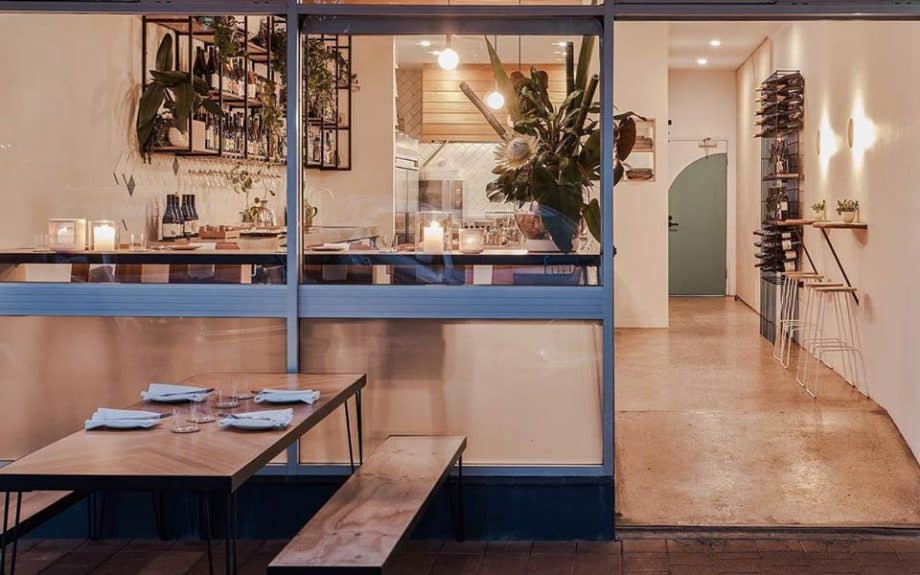 It may be a 15-minute drive outside of Byron Bay, but it’s a quarter-hour you’ll spend salivating at the thought of dining at one of the best restaurants in the area. It’s not all about the incredibly well put together food menu though, as the drinks served from the bar are equally as delightful.

You’ll want to make sure you book though, as the dining room can only seat 14 people, which only adds to its intimacy and exclusivity. 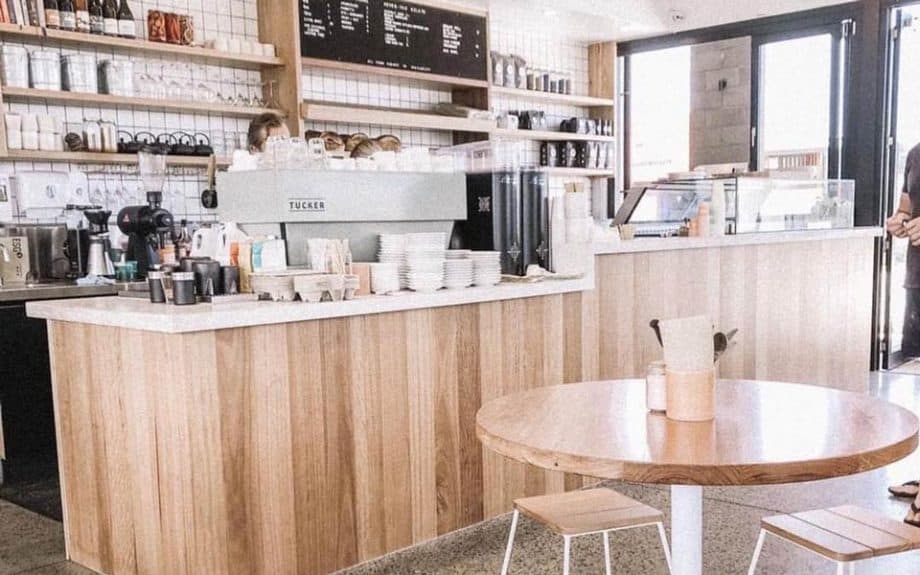 Tucker couldn’t be more local if it tried. Coffee served is roasted by the owners, beers are supplied by Balter in neighbouring Artamon (a 30-minute drive) and food comes from local suppliers. Make no mistake, this is a breakfast and brunch spot (it’s not open late) but it opens its doors at 7 am every single day, something that can’t be said of other jaunts in the area. 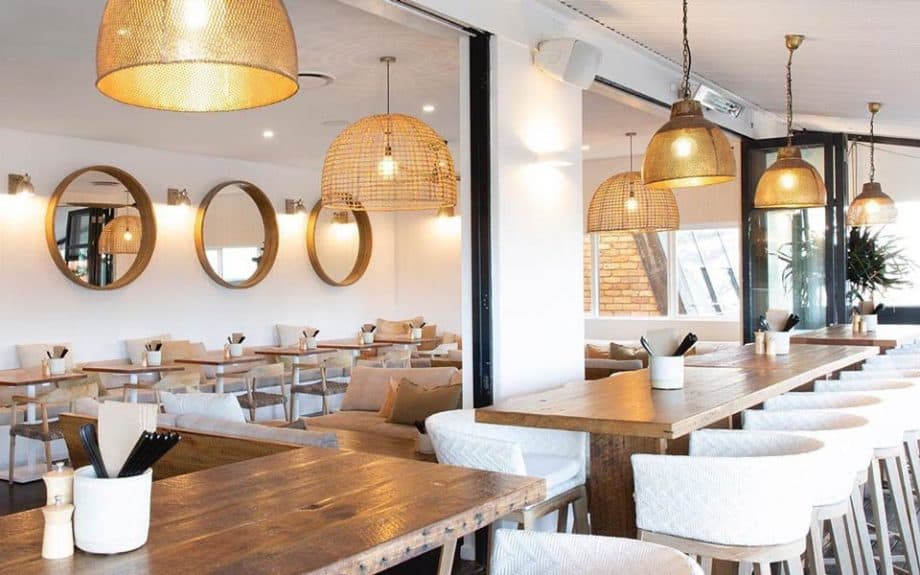 Back to Byron Bay town itself now and we find ourselves at Loft. As its name implies, this is an upstairs venue that looks down to the bustling Jonson Street below (it’s a few doors down from Miss Margarita) and is an upmarket establishment with lashings of natural light, wood and white furniture that exude the typical beachside Byron lifestyle.

You’re welcome day or night, although be warned, past 9 pm the menu changes to snacks and nibbles. Head there during the day for a delectable selection of seafood or meat-based dishes that are as Instagrammable as they come. 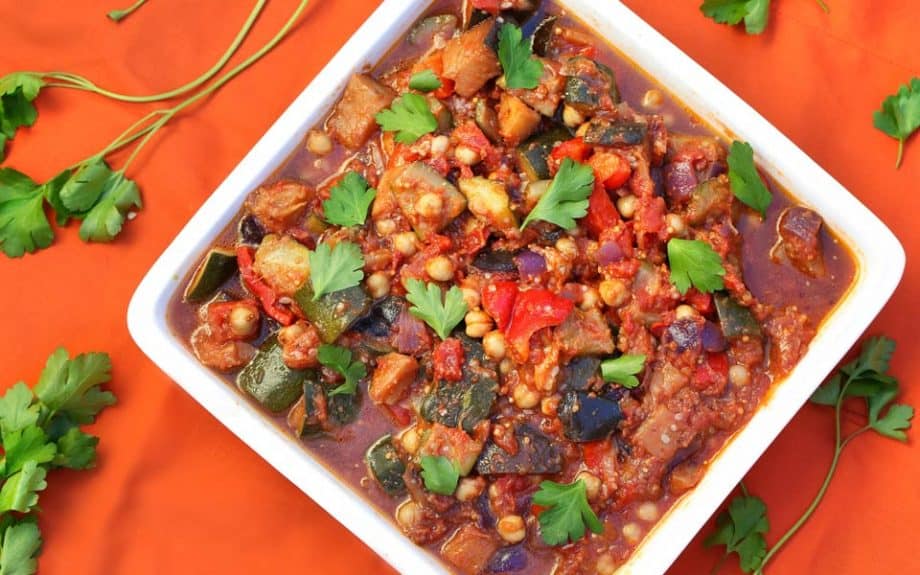 It wouldn’t be a list of coolest restaurants in Byron Bay without mentioning a vegan joint and Manna Haven is quite possibly the best you’re going to come across. Although technically a vegetarian restaurant, the majority of the menu caters to vegans too, and the menu is shuffled around every week.

Regardless of when you visit, expect to bright bold and colourful dishes that put an emphasis on flavour, with curries proving to be particularly popular. It’s hard to believe the desserts menu is predominantly vegan either, and we reckon anyone meat-eaters who visit could easily be converted to a plant-based life.

Where is Byron Bay located?

Byron Bay is located in the southeastern part of New South Wales, a two-hour flight away from Sydney. A popular holiday destination, it is known for its beaches, scuba diving sites and surf spots.

When is the best time of the year to visit Byron Bay?

You should come visit Byron Bay during spring, from September to November. If you want to secure the cheapest flights and hotel prices, it is best to visit during off-season, from June to August.

How expensive is Byron Bay?

When in Byron Bay, you will probably spend around $66 AUD for food and $30 AUD on local transportation per day. If you are thinking of staying for a week, prepare to shell out around $1,156 AUD for one person.