It’s not that you can’t buy a new car, it’s just that you might not want to. Why dump a ton of money on a flashy new vehicle would you could spend less money on something that’s even cooler? These cool cars are budget-conscious and, better yet, they’re still hot. The following list was compiled by myself and a good friend who’s been in the car game for years. We hope you enjoy. 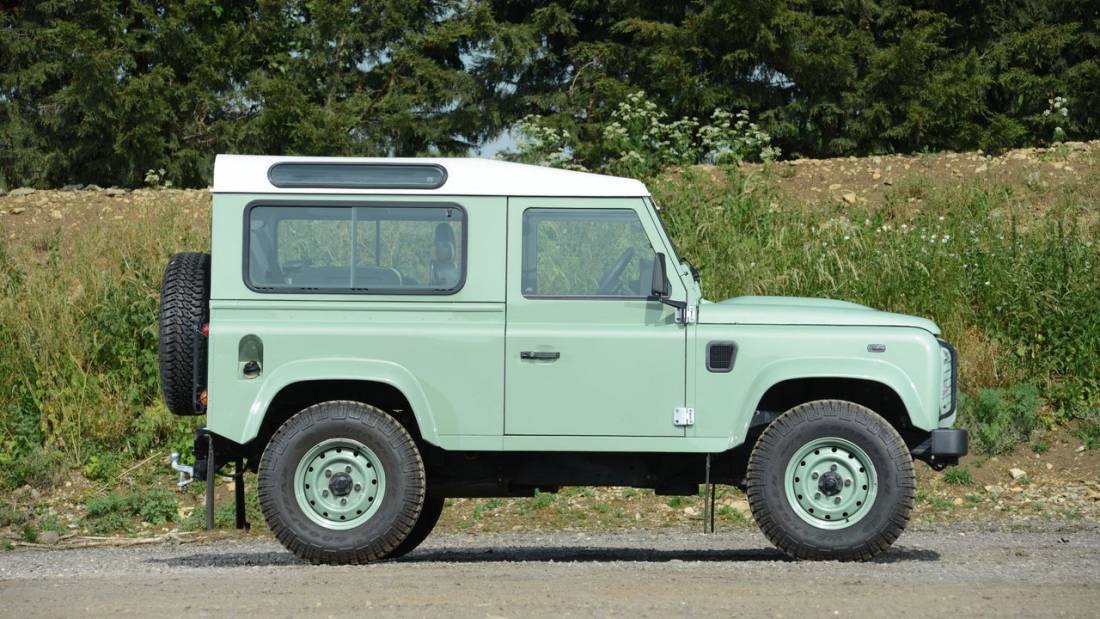 I can remember a time when a Land Rover was the car to have. Kids these days may be badgering their parents for something else on their birthdays, but the British four-wheel-drive off-road utility vehicle is still hip as far as I’m concerned. Fun fact: in the 1980s the Australian Army ordered Defenders made to their own specifications, called the Land Rover Perenties, some of which were 6×6 drive with turbocharged 3.9L Isuzu diesel engines. 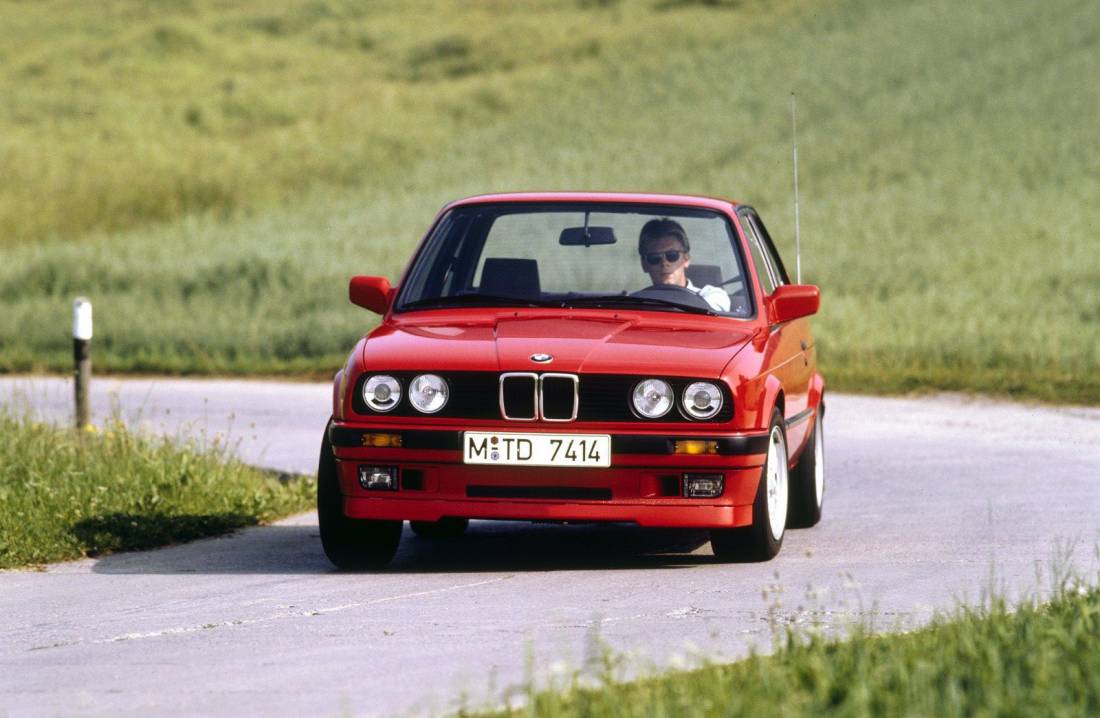 The BMW E30 318iS – a.k.a. the “mini M3” or the “poor man’s M3” – was available for only one year. Along with the new model came a new engine, the most modern available in the E30 range, and excellent weight distribution that has led to frequent comparisons with the famous E30 M3. Rumour has it that the 318iS out-performed BMWs own 325i, prompting the company to restrict its power so sales of the more expensive 325i weren’t affected. 41,234 models were made in total, ending in 1991. Our top cool car pick for this list. 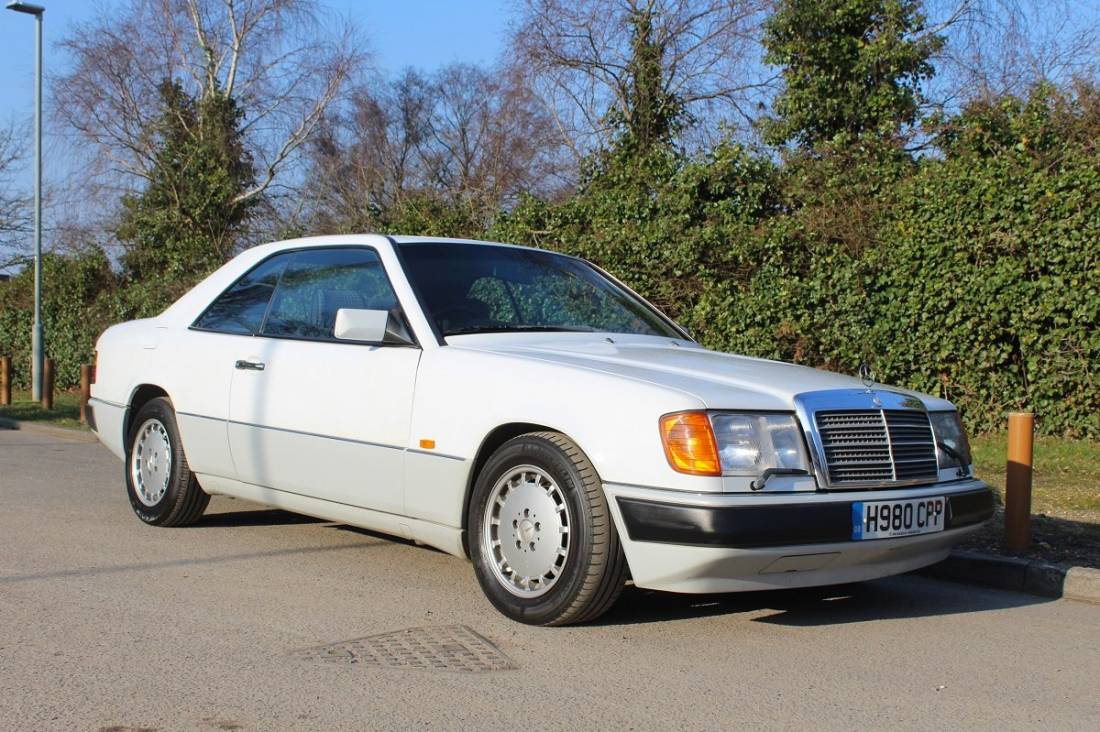 The Mercedes-Benz 300CE is a rarer two-door coupe version of the 300 E sedan. Much of the car’s engineering and many of its features were advanced automotive technology at the time of its introduction, and since many of those innovations have been adopted throughout the industry. Following its introduction in 1992, the 300CE was re-designated as the E320 in 1993 and complemented by the less powerful (but also less expensive) E220 in 1993. 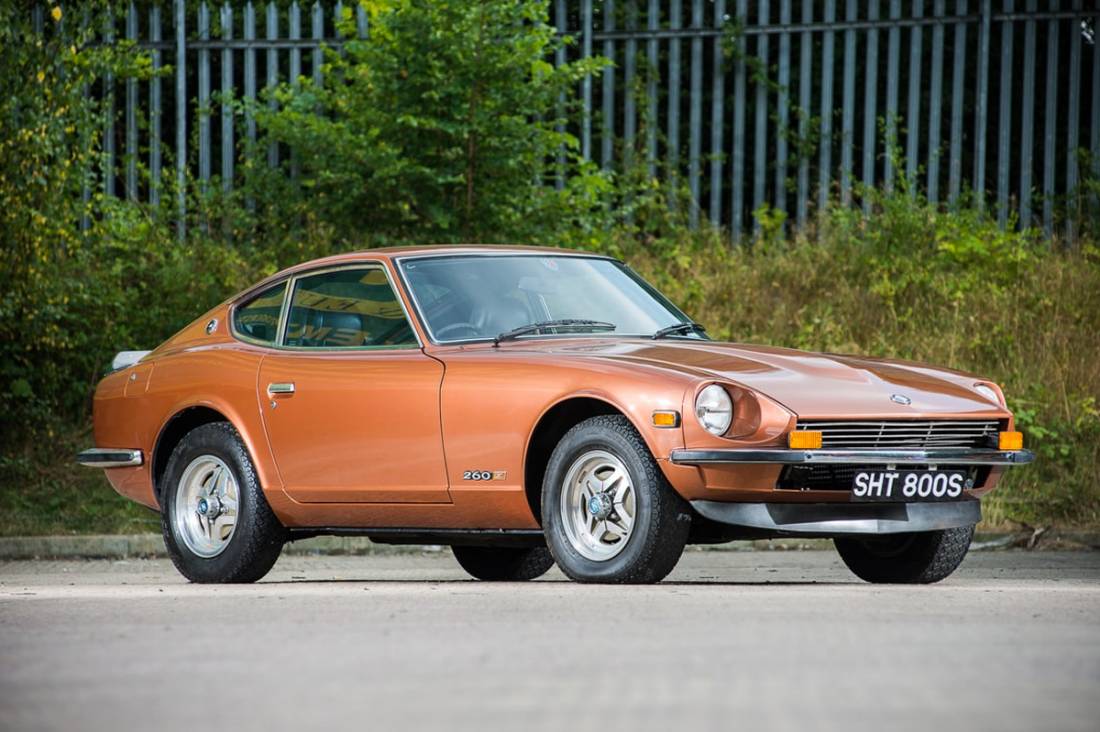 The Datusn 260Z was the first generation of Z GT two-seat coupe, sold by Nissan Motors in the US for the 1974 model year only and until 1978 in the rest of the world. The car was designed by a team led by Mr. Yoshihiko Matsuo, the head of Nissan’s Sports Car Styling Studio, which explains why it’s still just as cool today as it was 30 years ago. The 260Z claimed a few updates over the 240Z, including an enlarged engine with a longer stroke to 2.6 L, better climate controls, additional stiffness in the chassis, a rear sway bar, and a redesigned dashboard. 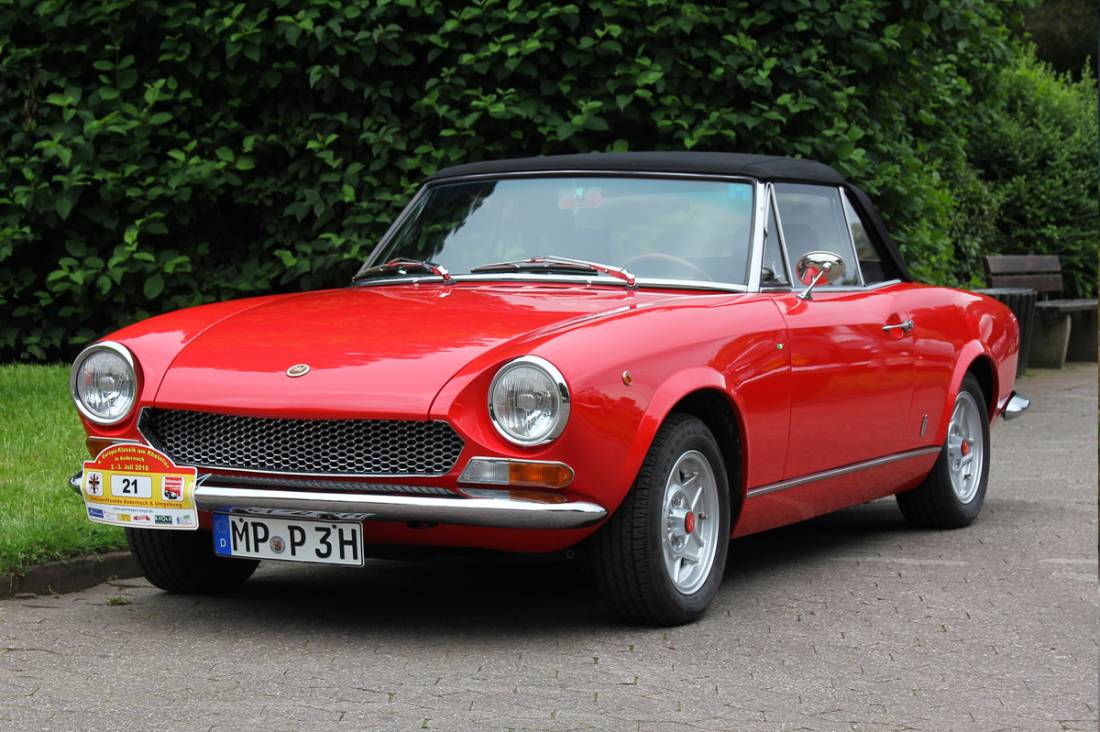 The Fiat 124 won the 1967 European Car of the Year award, following its introduction in 1966 via a spectacular publicity stunt in which it was dropped by parachute from a plane. The popular mid-sized family car produced many variants, including a station wagon, a four-seater coupé, and a two-seater spider convertible. Tally up the vehicle’s original production run and its licensed variants manufactured worldwide, and the 124 becomes the fourth biggest selling single automobile platform of all time. A killer cool car for this list. 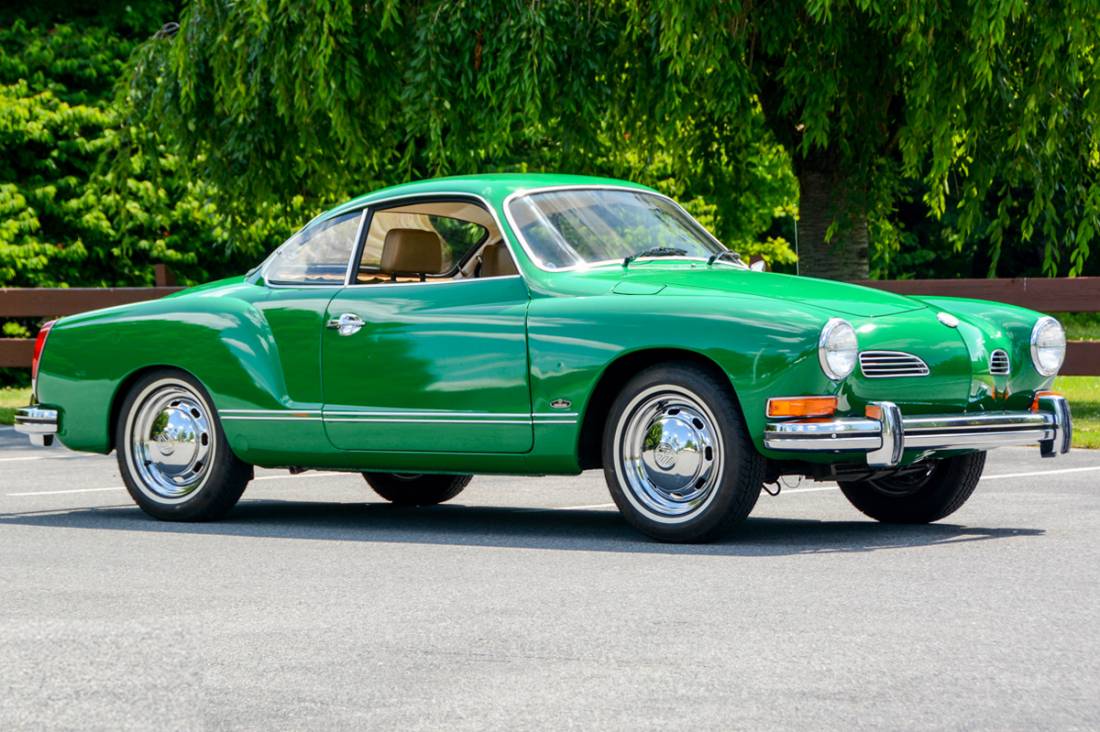 The Karmann Ghia was an unexpected, but welcome, departure from Volkswagen’s function-focused Beetle. Styling by Luigi Segre of the Carrozzeria Ghia (a famous Italian automobile design and coach building firm) and bodywork by the German coach-builder Karmann came together to produce a surprisingly sporty car for VW. It was a success – more than 10,000 were sold in the first year and production was quickly doubled. The Karmann Ghia went on to gain fame on American television as the car driven by CONTROL Agent 86 Maxwell Smart in the opening credits of the third and fourth seasons of Get Smart. 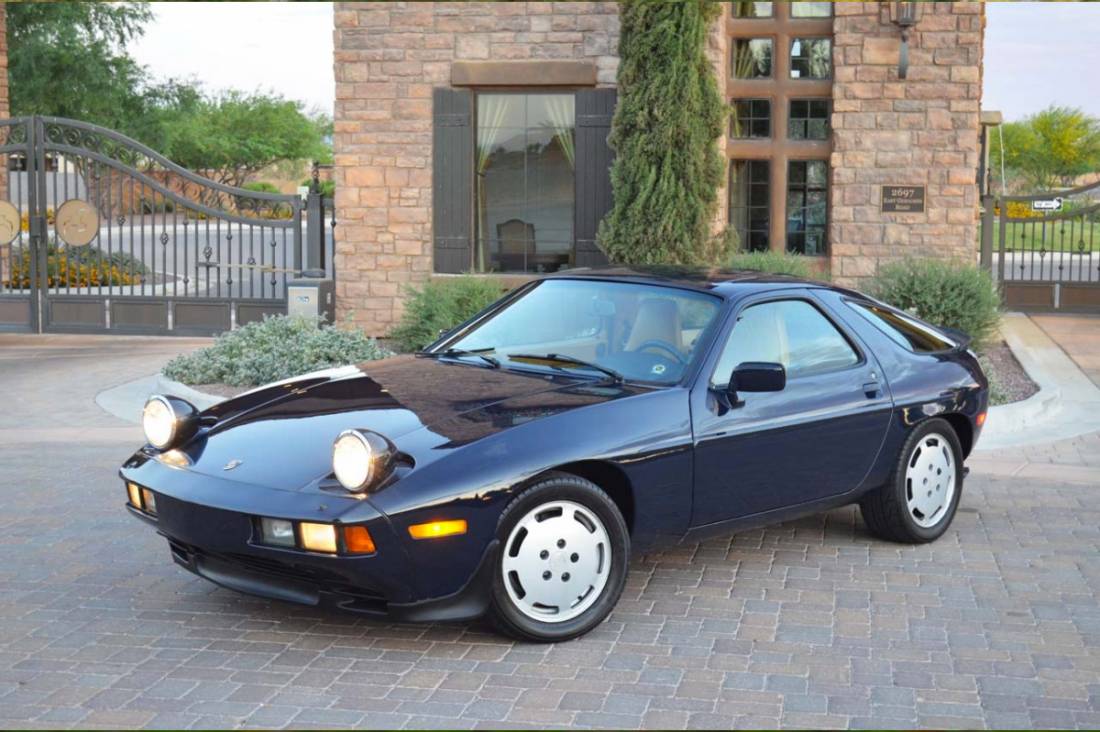 You really can’t go wrong with a Porsche. The 928 was originally intended to replace the iconic 911 and although that’s not exactly how history worked out, the 928 is a special car on its own. Porsche has manufactured only six front-engined models since its inception in 1949, one of which is the 928. After the original iteration took the top honors at the 1978 European Car of the Year competition, the “S” model debuted with a few modifications and became, at least according to Porsche itself, “the fastest street legal production car sold in the US.” 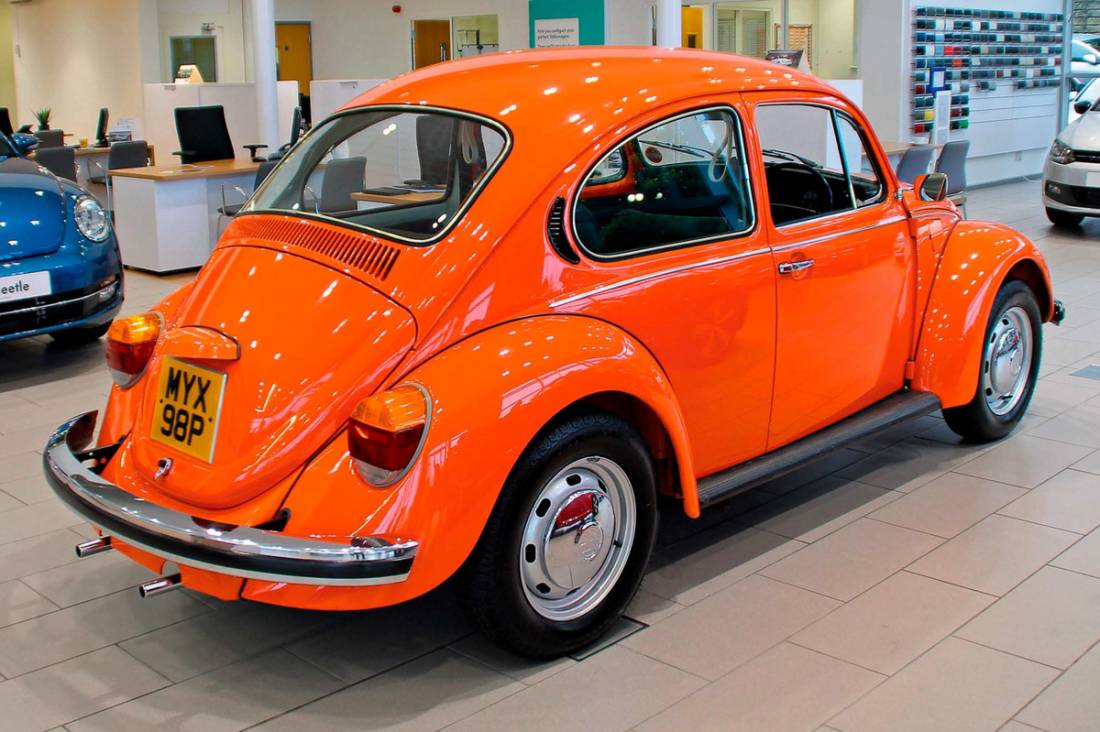 There will never be a time when the Volkswagen Beetle is not a classic, universally beloved car. Although designed in the 1930s, the Beetle was only produced in significant numbers after 1945. It’s now the longest-running and most-manufactured car of a single design platform, worldwide. The original was internally designated the Volkswagen Type 1, and marketed simply as the “Volkswagen,” but later models were designated VW 1200, 1300, and 1500 to indicate engine displacement. Still one of the coolest cars on the road. 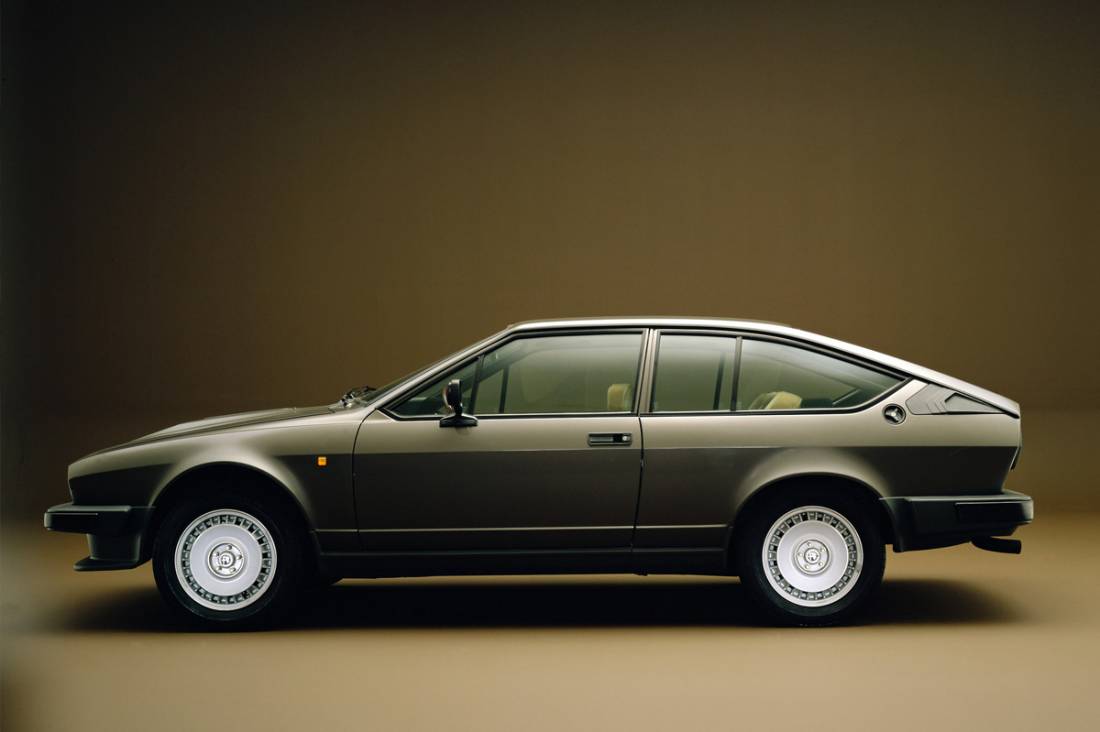 The Alfa Romeo Alfetta is an executive saloon car and fastback coupé produced from 1972 to 1987. The GTV6, a version of the GTV with the SOHC V6 2.5 L engine from the Alfa 6 luxury sedan, was released in 1981. Its most noticeable feature is a bulge in the hood, a necessary modification in order to clear the top of the intake. The GTV6 was a successful racing car, including winning the European Touring Car Championship for an unprecedented four years in a row, and it appears briefly in the James Bond movie Octopussy. 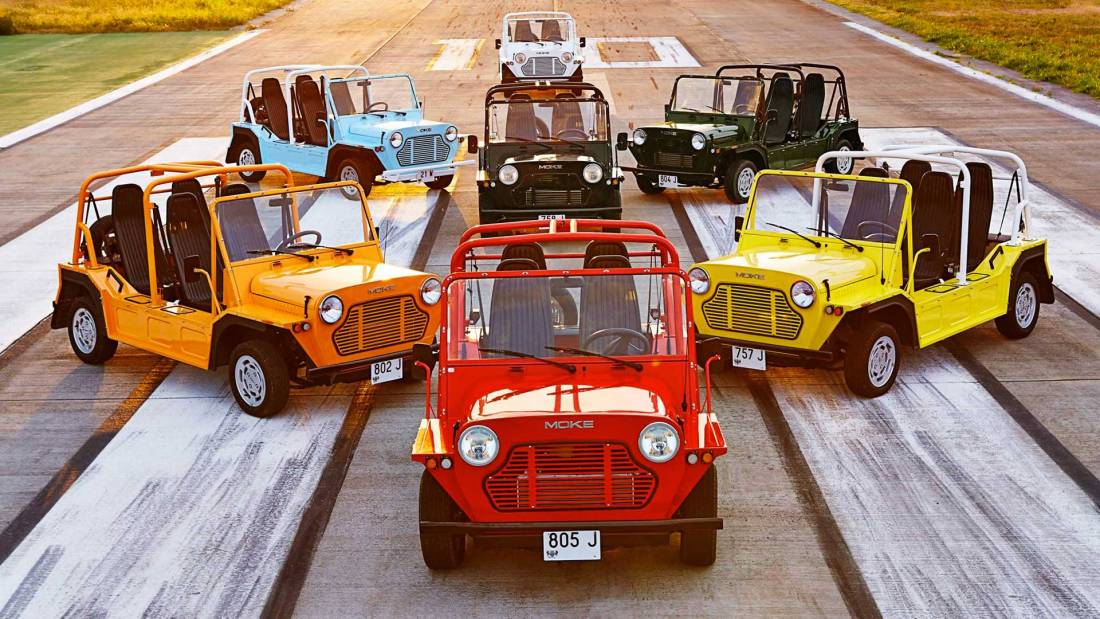 If you want a car that’s really going to stand out, this is it. The Mini Moke (also known as the Austin Mini Moke, Morris Mini Moke, and Leyland Moke) takes its name from “Mini,” the car with which it shares many parts, and “Moke,” an archaic term for donkey. For a brief period around 1972, Leyland Australia produced a variant of the Moke commonly called a “Californian.” The original Californian had a 1,275 cc engine and immediately recognizable trimmings in ‘Op-pop verve’ black and white tiger striped vinyl or ‘Orange Bali’ vinyl. 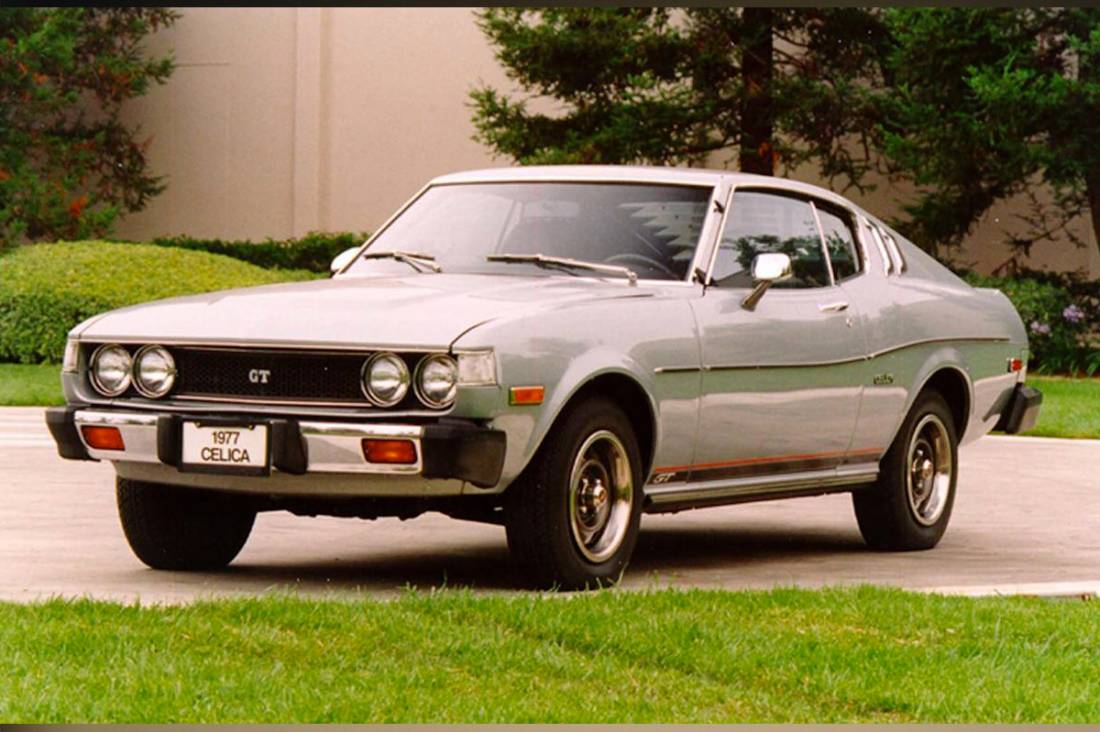 ‘Affordable’ is often a broad term for a second hand car but look close enough and you’ll stumble upon one of the greatest classics to ever come out of Japan – all for the decent price of about AU$20,000 for a good example. Officially known as the TA22, this classic first generation Toyota Celica was affectionately deemed the Japanese Mustang. And rightfully so as it also sported the right design cues, engine and drivetrain combo to wear that label with pride. Depending on the model, buyers could choose from a 1.4-litre four-cylinder right through to the range topping GT model in Japan which came with either a 1.6-litre or 2.0-litre twincam engine. The GT model also featured upgraded creature comforts and aesthetics in the form of hood flutes, power windows, air conditioning and aesthetic GT upgrades. Spruiking their sporty nature, they only came in manual transmission.

What is a good mileage for a second-hand car?

When buying a used car, consider the mileage. The fewer the miles it has been driven, the better. As a rule of thumb, the average mile per year is 12,000 miles per year. If a car has 110,000 miles or more, you may want to rethink purchasing it.

Is it smart to buy a certified pre owned car (CPO)?

Yes. CPO vehicles come with a complete inspection that repairs any damaged or worn parts before they are offered for sale. The dealer will even take care of the sales paperwork, so it is worth the extra cost.

How old is too old for a used car?

Secondhand cards which are around four years of age are normally still good in quality. Compared to new cars, you can get them around 30% cheaper. With older cards, particularly ten years old, you may have difficulty finding parts in case needed.