David Beckham is not only one of the greatest footballers of all time, but is also one of the best-dressed men on the planet. From cutting-edge casual cool to Peaky Blinders-esque old-school goodness, the 45-year-old English gent scrubs up well.

Something he’s particularly fond of is accessorising. From cufflinks to chokers and everything in between, the man’s got flair. This year he even launched his own eyewear brand, recruiting his eldest son Brooklyn to help him sell the stylish Italian spectacles.

But any man knows that the one accessory you simply can’t do without is a nice watch. Luckily for Beckham, he’s an ambassador for Tudor, so he’s never without a fine timepiece. While he’s a fan of the Royal and Pelagos (even owning a one-of-a-kind Inter Miami FC version of the latter), he’s most commonly seen wearing a Black Bay of some description: arguably Tudor’s most well-known watch and a true design classic.

His most recent piece of wrist candy? The Black Bay GMT ‘Pepsi’, which he showed off on his Instagram Story yesterday. 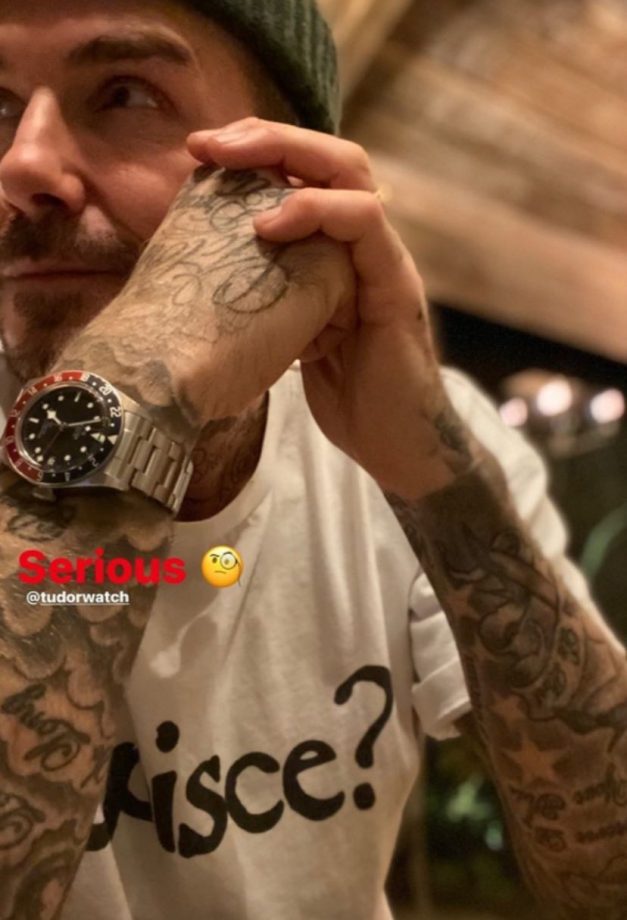 For those of you not in the know, Tudor is the sister company of Rolex, the world’s most famous luxury watchmaker. One of Rolex’s most iconic watches is the GMT-Master, which first debuted in 1954 with a blue and red bezel. The popular tool watch has since been produced in a wide variety of colours but the original blue and red – which has been dubbed the ‘Pepsi’, after the cola brand – is easily the most famous.

Many Tudor models pay homage to their more expensive Rolex siblings, so it’s no surprise that when offering the handsome Black Bay with a GMT complication that Tudor also decided to reference the colour scheme of the GMT-Master ‘Pepsi’ – hence the moniker.

But the Black Bay GMT ‘Pepsi’ has a character all of its own. Its bezel is matte and aluminium as opposed to the Rolex GMT-Master’s smooth, ceramic bezel, with a darker shade of blue compared to the Rolex. The Tudor’s bezel is more tactile and its number indices are smaller and more retro than the Rolex’s. The Tudor is slightly bigger, and has no crown guard or cyclops lens for its date window. That’s to say nothing of Tudor’s signature ‘snowflake’ hands, or how it’s twice as water-resistant as the Rolex… 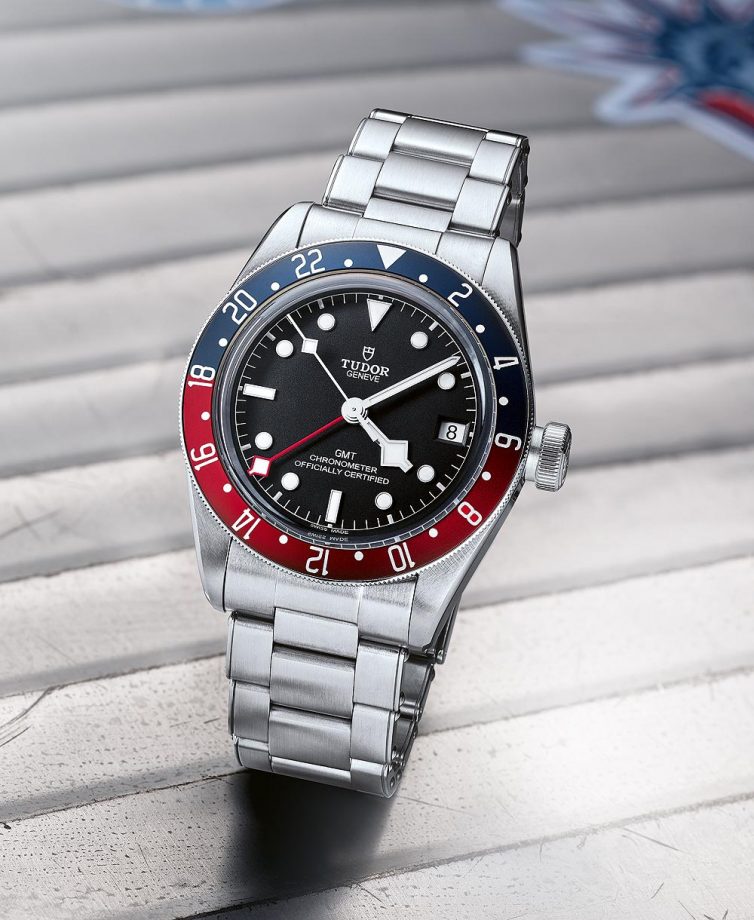 Beckham’s not the only celebrity to take a liking to the refreshingly minimalistic ‘Tudor Pepsi’. Singer/songwriter John Mayer has also been spotted wearing one, as some eagle-eyed commenters on the /r/Tudor subreddit pointed out last year.