Porsche have their 911 GT2 RS. McLaren have their 720S. In that same accord, it’s due time that Ferrari joined the track contention and they’ve done so with the new 488 Pista (that’s Italian for ‘Track’).

Whilst unfortunately named for the uninitiated, the track-friendly car does come with the most powerful V8 engine to ever come out from the Maranello camp. In sheer numbers it’s a frothy bit of reading. A tuned version of the 3.9-litre twin-turbo V8 found in the 488 GTB now makes 530kW of power at a lofty 8,000rpm and 770Nm of torque. That’s enough grunt to see the Pista take down the 0-100km/h sprint in just 2.8 seconds before topping out at 340km/h.

The car’s refinement also extends beyond the power plant with a 90kg reduction in weight paired with an angrier aero setup. The front splitter draws inspiration directly from the 488 GTE race car and there’s even a new cooling setup which sucks air from the nose before exhausting via a heavily vented bonnet.

Even the rear duckbill wing has been tweaked to give it twenty percent more downforce than the standard 488 GTB. If that’s not enough to convince you of its intentions, the interior should do the trick. The heavily bolstered Alcantara seats also come with a pair of racing harnesses.

Those looking to go full Stig can opt for the deep pocket option consisting of carbon fibre wheels which will set buyers back AU$28,000 on top of the estimated AU$645,000 sticker price. 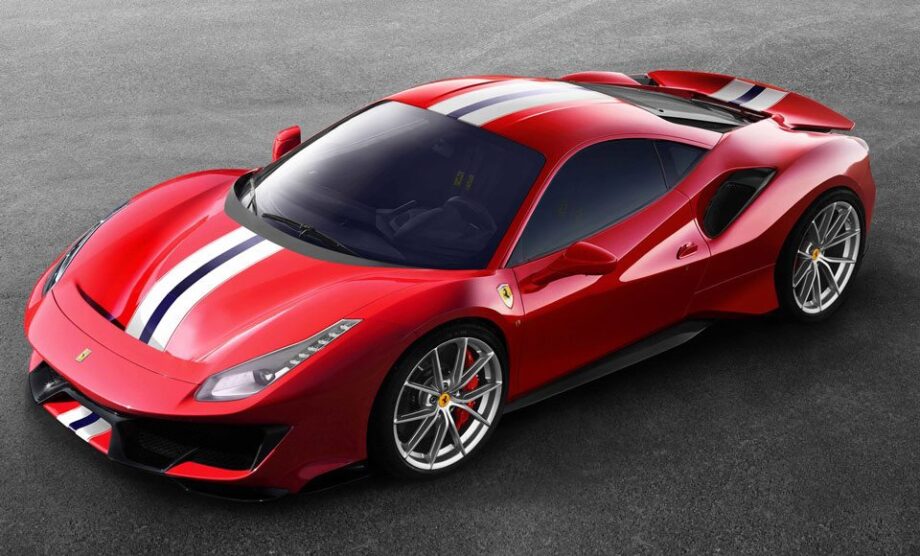 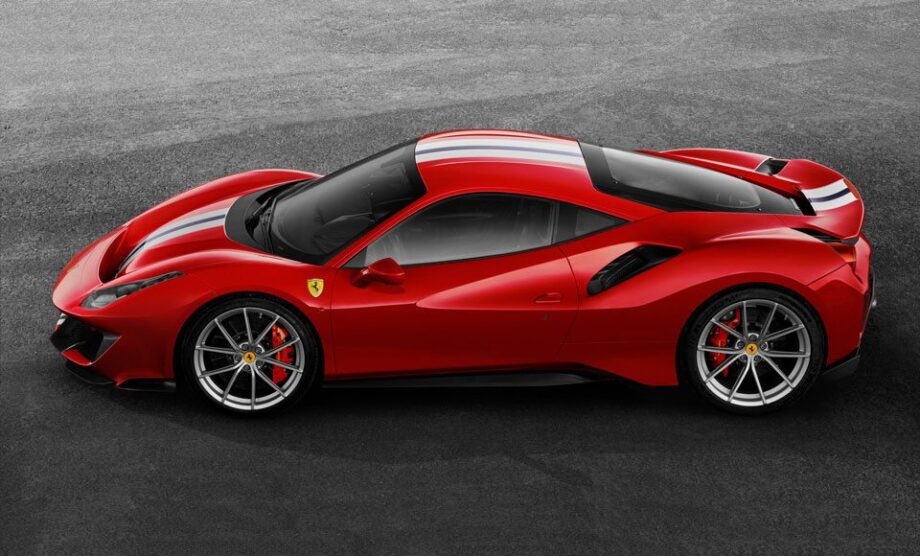 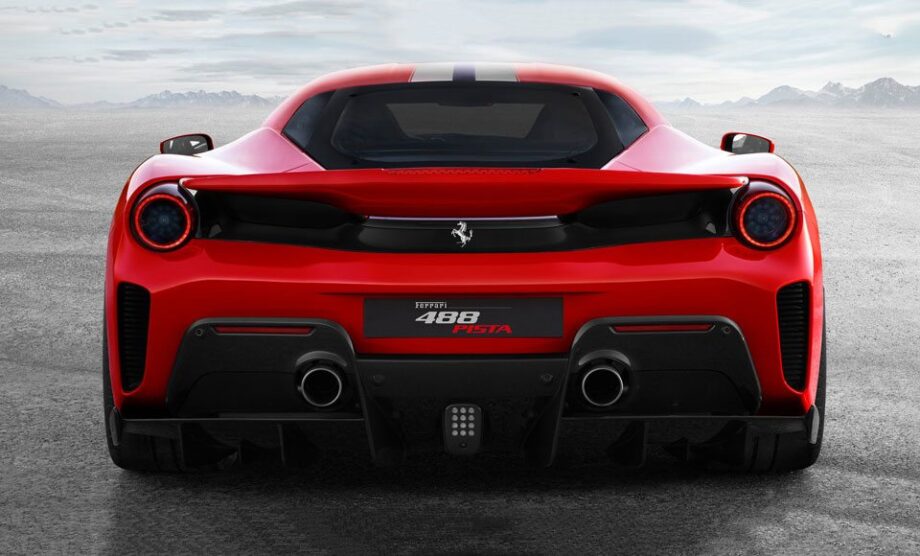 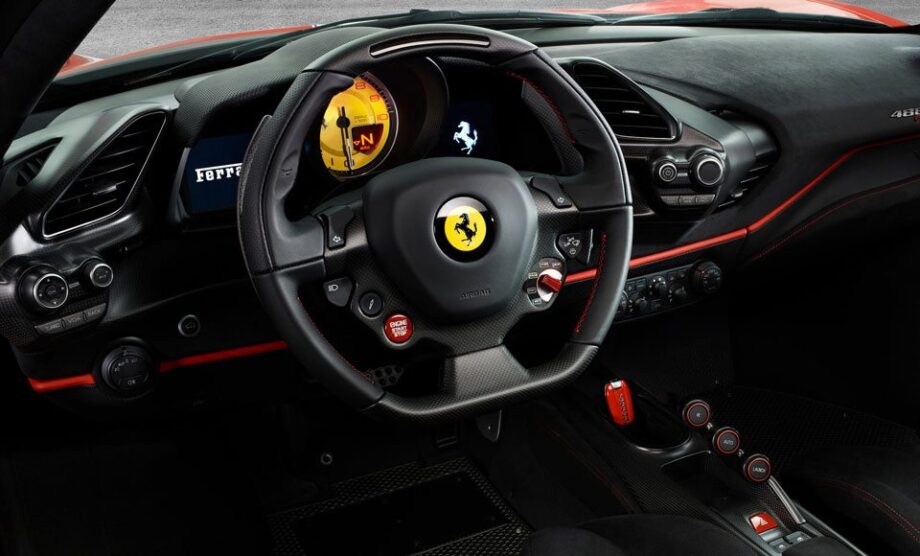 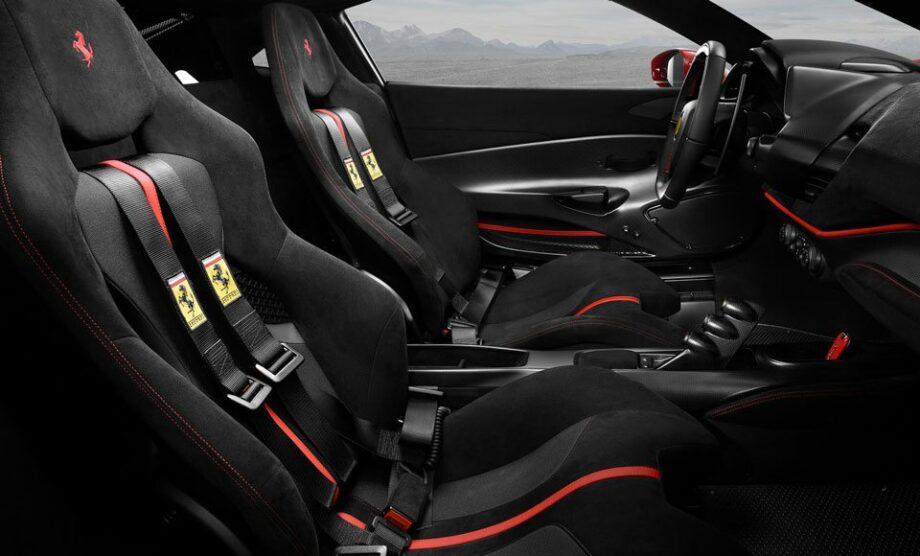 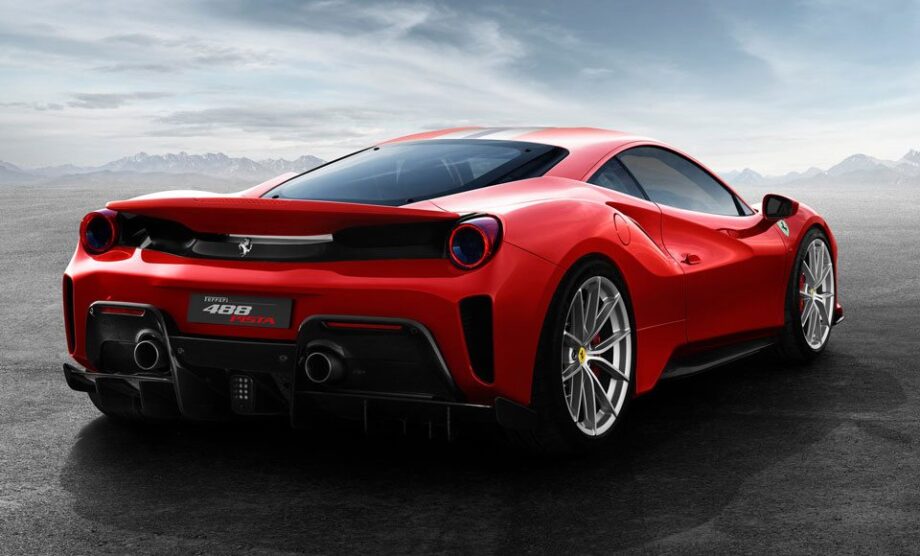