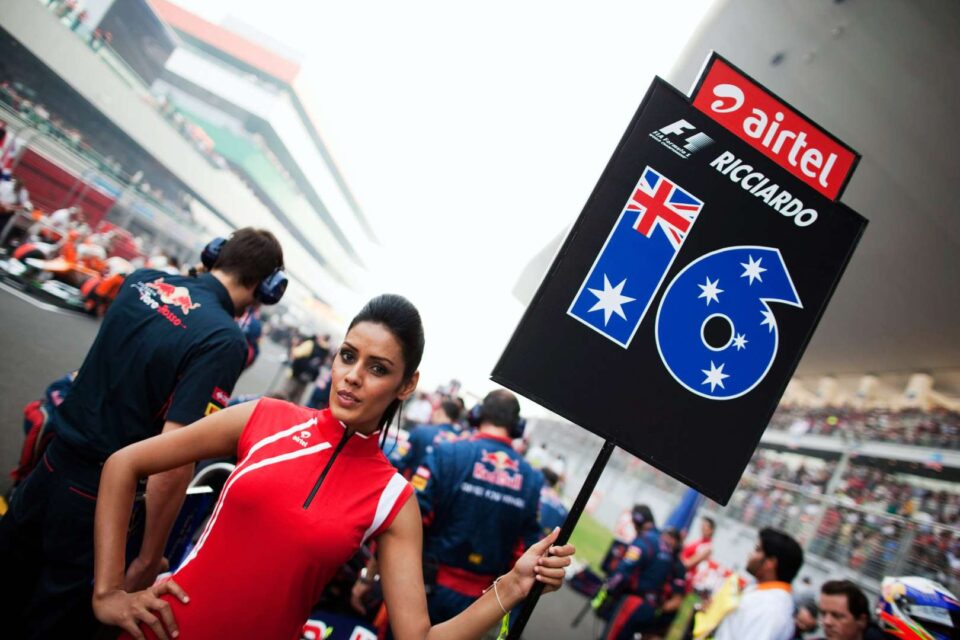 Pit poppsies, umbrella lassies and more commonly known as the classic girl girls will not be appearing this year’s Australian Grand Prix. After decades of enjoyment Formula 1 have decided that the grid girl concept is outdated and must be shown the door.

“Over the last year we have looked at a number of areas which we felt needed updating so as to be more in tune with our vision for this great sport,” said FOM managing director Sean Bratches.

“While the practice of employing grid girls has been a staple of Formula 1 Grands Prix for decades, we feel this custom does not resonate with our brand values and clearly is at odds with modern day societal norms.

“We don’t believe the practice is appropriate or relevant to Formula 1 and its fans, old and new, across the world.”

Contrary to popular belief, there’s a number of young female models (and spectators) who really enjoy the grid girl experience. Most have been quick to express their opinions on Twitter.

Those against say aye…

So the inevitable has happened, F1 gridgirls have been banned. Ridiculous that women who say they are “fighting for women’s rights” are saying what others should and shouldn’t do, stopping us from doing a job we love and are proud to do. PC gone mad #Gridgirls

Banning grid girls is ridiculous. I ENJOY my job & I’m paid well. It’s MY BODY, MY CHOICE to do it. I choose to HAPPILY wear the catsuits & dresses (which covers my body respectfully!!) I don’t need people who aren’t even in this industry to speak on behalf of me, thanks

No one is saying women shouldn’t be allowed to do whatever they want career wise. Literally no one. It is the *concept* of grid girls and what it represents that is the issue. And if you truly don’t understand why it is an issue then, quite frankly, yikes.

#disgusted by @f1 decision to ditch grid girls!!!
When is all this political correct BS going to end!! #gridgirls

Those in favour of the motion…

I’m so pleased with F1’s decision to ban #gridgirls. Women should not be used as decoration while men are encouraged to achieve. I want more for myself and my sisters.

Good riddance, Formula One #GridGirls, and so sad to see all the men bemoaning their demise as some sort of attack on male sexuality or some claptrap like that. One day I hope we’ll look back on the male attitudes of today like we currently look back on those of the 19th century.

Obviously Tim’s tweet was written whilst his girlfriend held a gun to his head.

It’s been a big few years for Formula 1 as they battle to keep audience numbers. This year we’ll see the introduction of the ‘Halo’ driver protection device which is designed to prevent head injuries which Jules Bianchi suffered in 2014.

It appears Formula 1 is aiming to reduce all the danger, excitement and fun from the sport by 2020.