We’ve seen Gerard Butler as a Spartan king, an Egyptian god, a fleet-footed gangster, and a disfigured musical genius, but after seeing the New York City loft he just put on the market, we suspect he’d also make a perfect vampire.

Located in the trendy Chelsea neighbourhood, the 3,150 square foot duplex looks straight out of a goth teen’s dreams. Minimalism be damned – Butler cares not for your cosy Scandinavian interiors or starkly modern spaces. He’s all about drama with a capital D, or as he once described it to Architectural Digest, “bohemian old-world rustic…with a taste of baroque.”

The apartment’s numerous unique features include 13-foot mahogany doors, columns sporting limestone lions, crystal chandeliers, plaster walls “chipped and mottled with age,” and a ceiling fresco depicting the rape of Ganymede. Butler calls the style “something elegant and gorgeous and at the same time rather masculine and raw.”

The loft’s (slightly) more normal features include an office, a laundry room, and a “templelike” home cinema outfitted with a pair of Indian columns, a wooden piece from a cathedral in the Bronx, and a stone lion’s head from an old library. Other highlights include a sweeping outdoor terrace and an immense wood-and-iron dining table that looks straight from a medieval castle.

Could anyone but a movie star pull off a space so OTT? Butler will soon find out. The apartment is listed for $5.995 million and looking for a buyer with a serious flair for the dramatic. 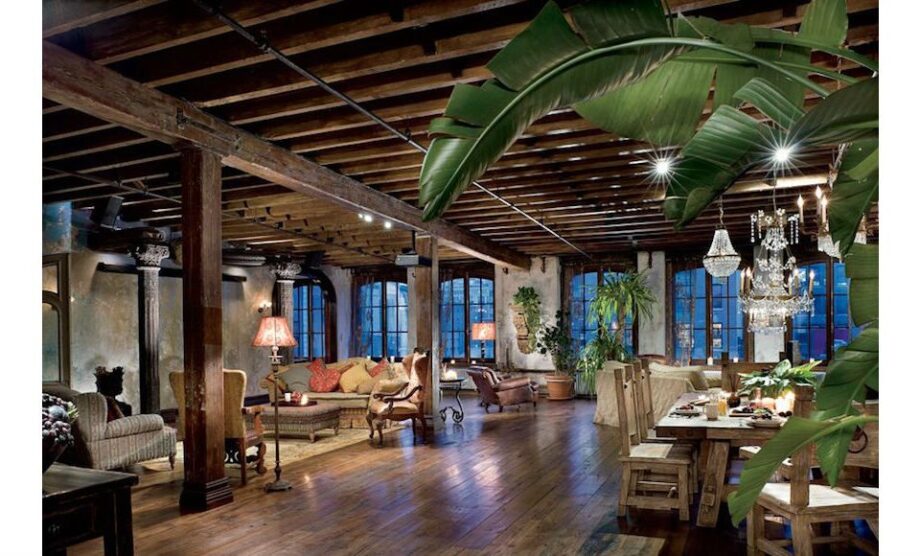 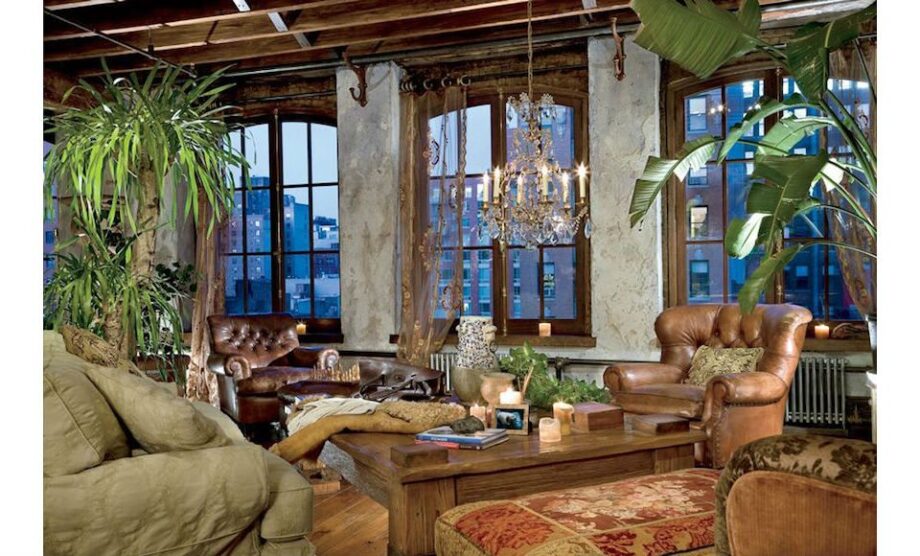 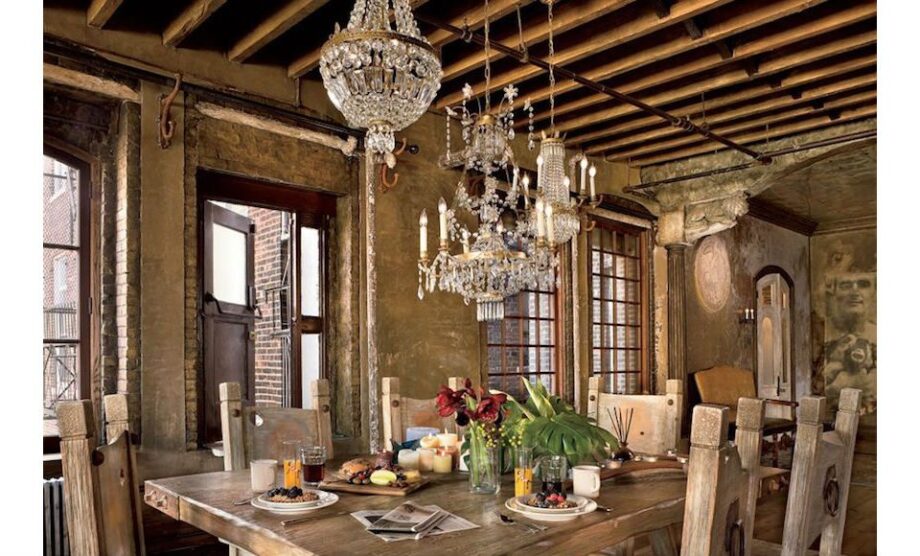 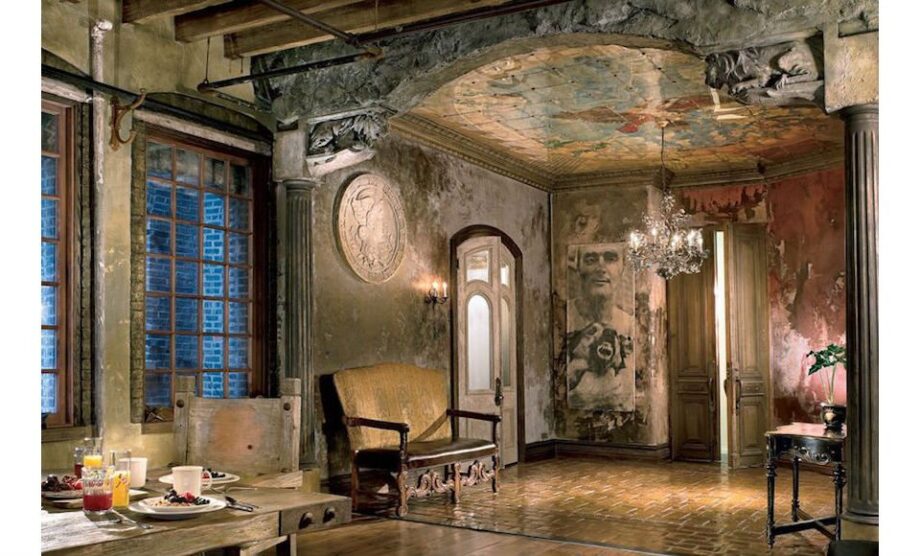 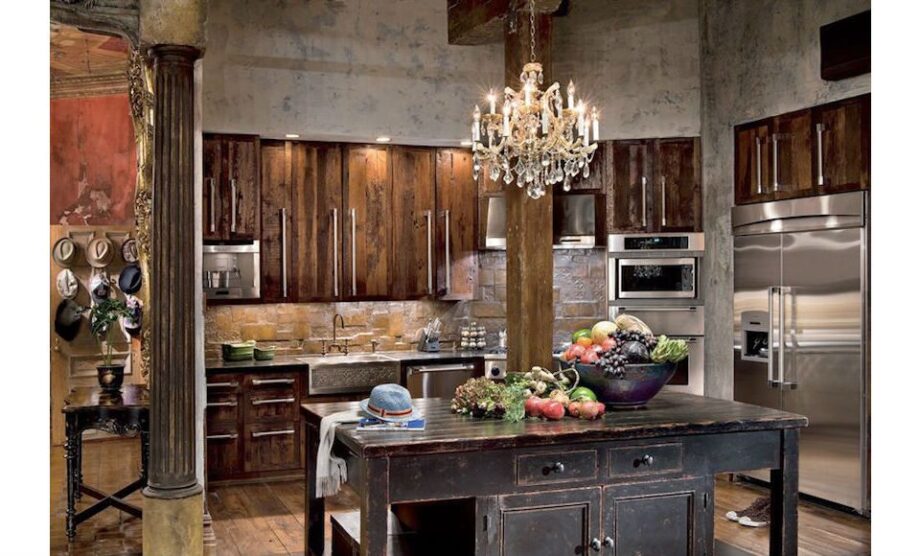 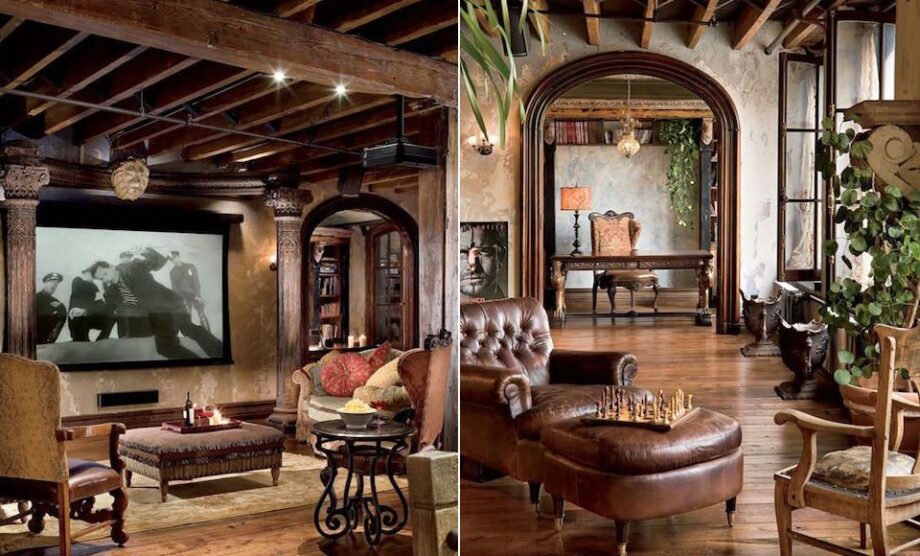 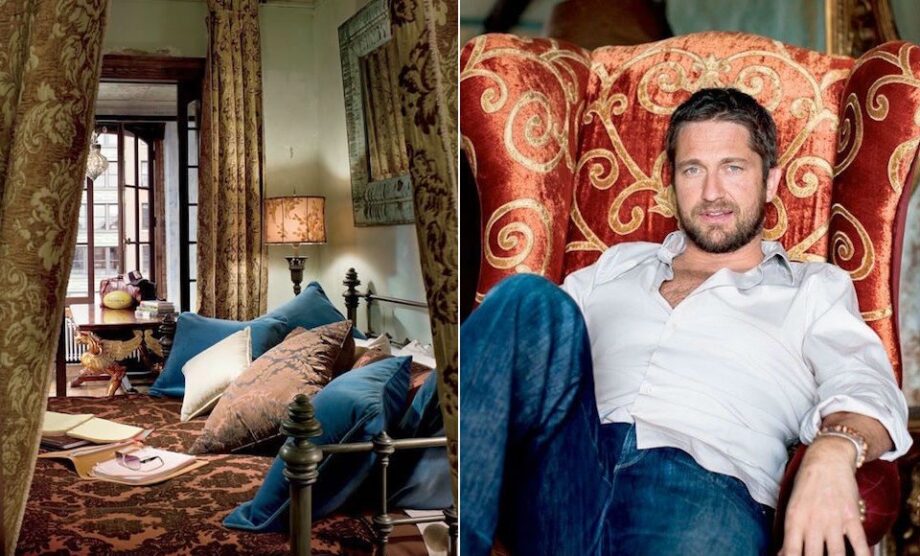