If you want to experience some of the best golf in Australia, then you need to check out the many golf courses in Melbourne.

Why so? Well, Melbourne houses more of Australia’s best golf courses than probably any other major city (including 4 of the top 10 courses in the country), and its “Sandbelt” region contains more championship-level golf courses than one article could possibly fit.

We like a challenge, though, so here’s our top pick of the best Melbourne golf courses. Some are private, and there are a few public courses dotted throughout for the everyday hacker.

The globally renowned course is Australia’s oldest, as well as the first non-American course chosen to host the PGA President’s cup. Needless to say, if you live down under and love your golf, playing here is a must for the bucket list.

Not content with continually placing second on lists of Australia’s best golf clubs, Kingston Heath sets itself apart by being the country’s sandiest. A staggering 128 bunkers dot the course and surround nearly every green – meaning that, in the words of the great Shooter McGavin, you’re likely to spend more time in the sand than David Hasselhoff.

Nevertheless, Kingston Heath has hosted the Australian Open 7 times, as well as several iterations of the Australian Masters, and cracks the top 20 in Golf Digest’s ranking of the world’s 100 greatest golf courses.

It may seem odd to include a $30 course amongst some of the most exclusive golf clubs in Australia, but we’re no elitists here, and we believe Melbourne’s best golf courses belong to more than those with a wardrobe dedicated entirely to smoking jackets and chinos.

Brighton has all the hallmarks of a Sandbelt course – meaning bunkers lacing pretty much every green – with none of the intimidation and a price that caters to any level of play.

Victoria Golf Club was designed by Oscar Damman and Bill Meade with assistance from the doyen of course architects, Dr Alister MacKenzie. The par 72 golf course has hosted many illustrious events over the years, including the Australian Open and the Women’s Australian Open, and even hosted President George Bush Sr. for a round in 1998. If that’s not a CV, we don’t know what is.

Ranfurlie isn’t just one of the best public golf courses in Australia, it’s one of the best golf courses in Australia overall, period. Ranfurlie combines a traditional links-style layout with Sandbelt golf which means, as we’re sure you’ve guessed by now, loads of bunkers. You can join Ranfurlie as a member to play any time you like, but it’s open to just about anyone on certain days of the week for premium golfing on a budget.

Everything about the Metropolitan oozes swankiness, including its name. That being said, it’s done more than enough to earn its general air of exclusivity, from being a multiple-time host of the Australian Open to repeatedly placing in the top 20 of Golf Digest’s 100 best Australian courses. It was at the Metropolitan in 1997 that Greg Norman famously lost a sudden-death play-off by three-putting the final green. We’ve all been there.

Designed by Greg Norman and situated on Greg Norman Drive, Sanctuary Lakes is one big homage to the Great White Shark himself. Golf Australia named it the best publicly accessible course in Melbourne, making Sanctuary Lakes an ideal stop for most anyone willing to pay a little more in the name of a properly rewarding day of golf.

Located just 20 minutes from the CBD, it has all the fittings of a championship-level course, including a full driving range. We all know you’ll shank the first drive of the day anyway.

Just down the road from the Metropolitan is the Commonwealth golf club, a fellow member of the Seven Sisters and a true beacon of Sandbelt golf. Should you find yourself visiting Melbourne from interstate or from overseas, you can get on comparatively easily (and cheap) compared to its neighbours, although as is standard, you need to be a member of a club in the state or country where you live.

Everything about Sandringham is a serious golf course, despite the affordable green fee. Ideal for junior golfers, seniors and just about everyone else who wants to enjoy proper Melbourne golfing, Sandringham’s layout values proper shot selection and skilful play above all else. It’s challenging, interesting, one of the best public golf courses in Melbourne and very, very good value.

Hop across the road from the Commonwealth, just a short stretch away from the Metropolitan and Kingston Heath, and you’ll find Yarra Yarra. The four, par 3 holes at Yarra Yarra are consistently ranked amongst the finest examples of golf course architecture in both the southern hemisphere and the world at large.

Should you, for whatever reason, decide not to play all of the other world-renowned courses that share the same postcode as Yarra Yarra, it definitely won’t let you down.

Located in the renowned Melbourne Sandbelt, The Woodlands is one of the finest golf courses in Melbourne, designed by internationally acclaimed architect Tom Doak. Though it’s one of the lesser-known golf courses, Woodlands can still hold its own and is highly regarded by golf purists. The Woodlands has a rich history and has regularly hosted Professional & Elite Amateur Tournaments, including; Victorian Opens, Victorian PGA Championships, Australian Amateur Championships and Victorian Women’s Opens.

Even though its courses are only exclusive to members, green fee play is available for non-members upon application too.

You don’t have to drive too far out to play on these grounds as this iconic golf course is conveniently situated less than 2km from the Melbourne CBD, adjacent to St Kilda Boulevard. Albert Park Golf Course has an 18-hole layout with stunning views of the city skylines, and is open to the public, making it the perfect course for those who just fancy a casual weekend of play.

Just like many other superior golf courses, this championship golf course is also located on the Melbourne Sandbelt. Huntingdale has hosted the Australian Masters 31 times and is renowned for its manicured fairways, strategic fairway bunkering and large undulating greens, ensuring their course keeps challenging even the best players.

Though Huntingdale Golf Club has seen some new additions in the last few years – a new clubhouse, new functions rooms, all with incredible views and course surrounds, the club still holds up its traditional legacy that goes back to 1924.
Huntingdale Golf Club 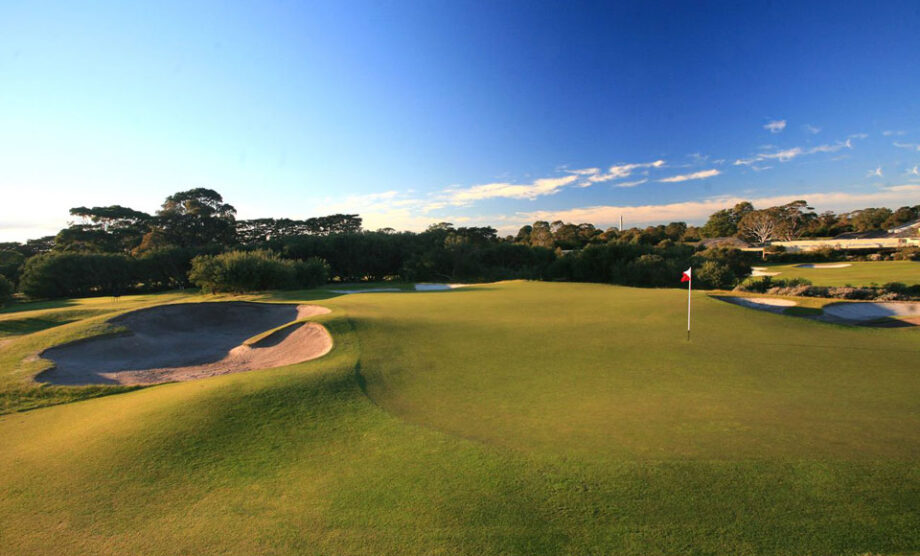 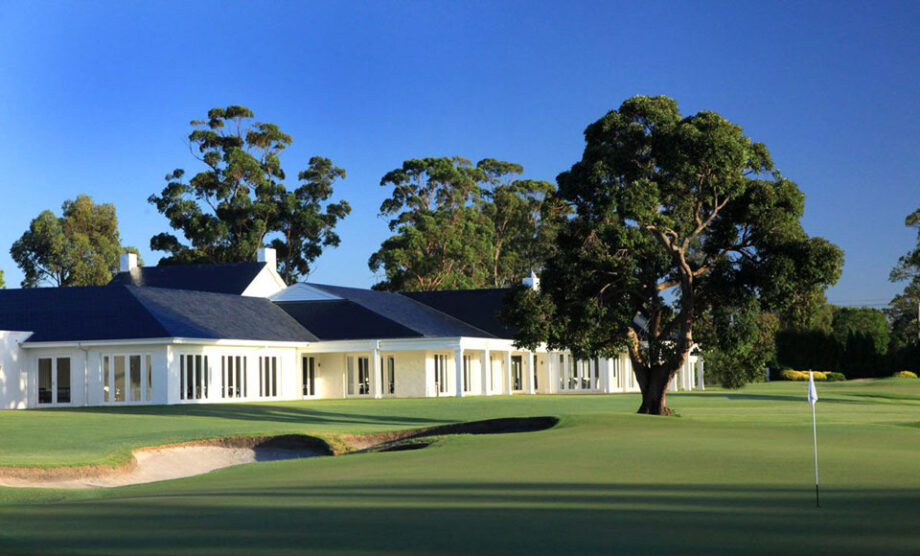 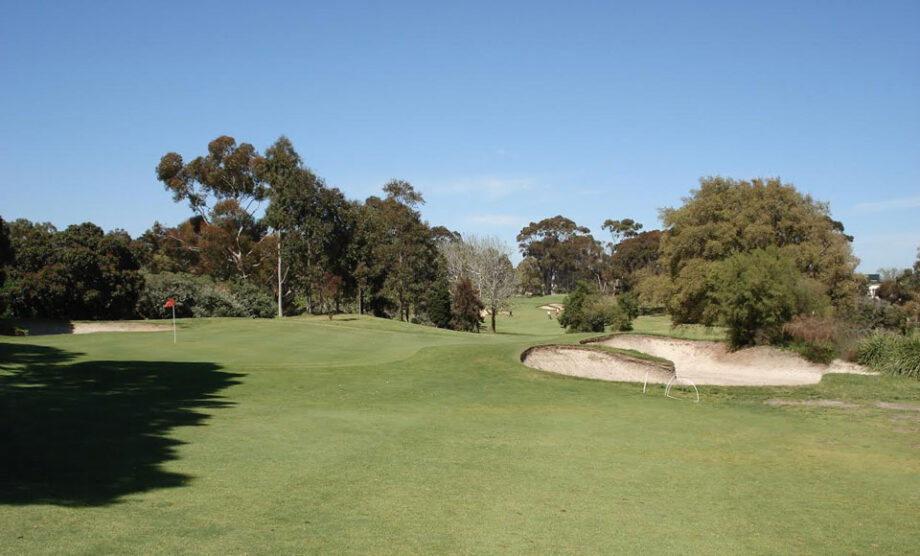 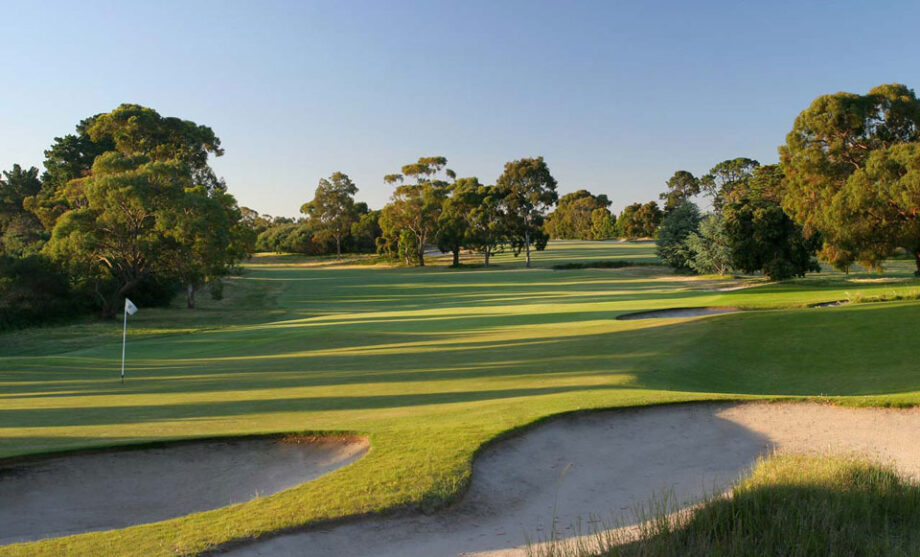 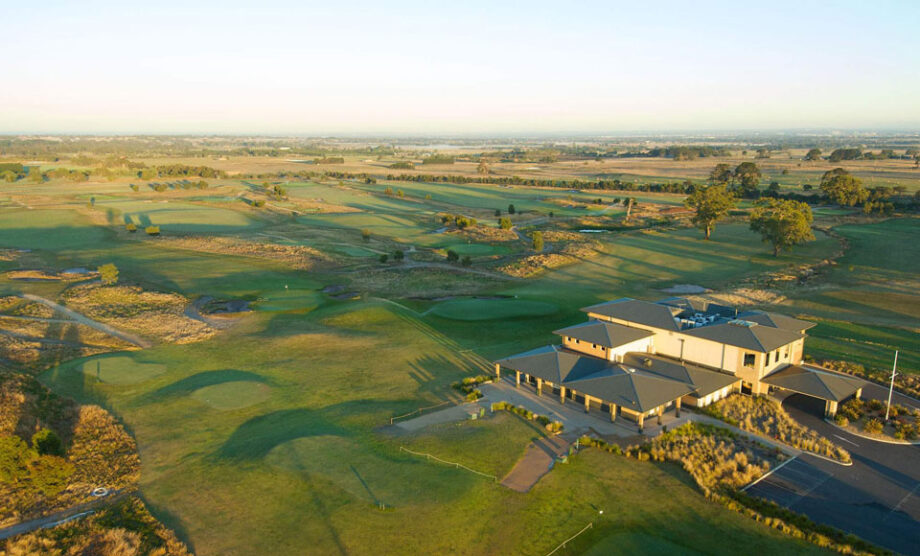 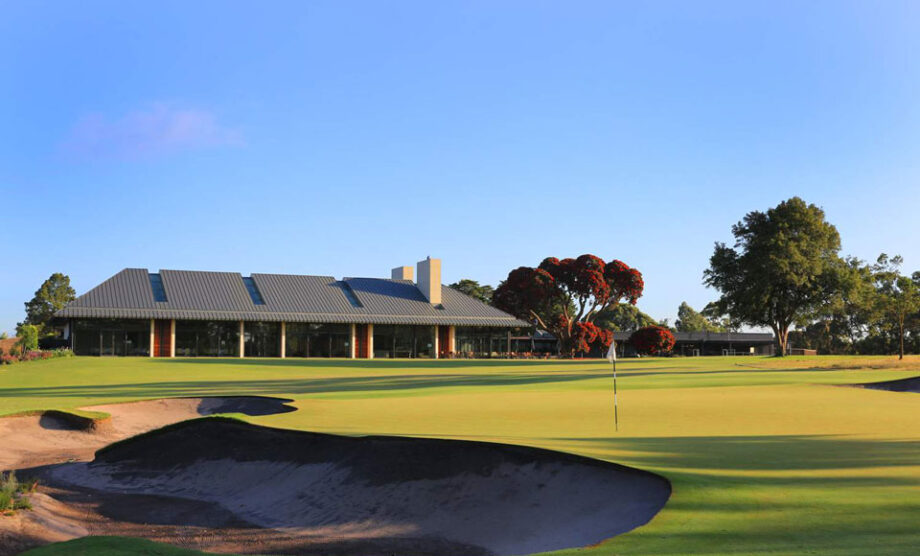 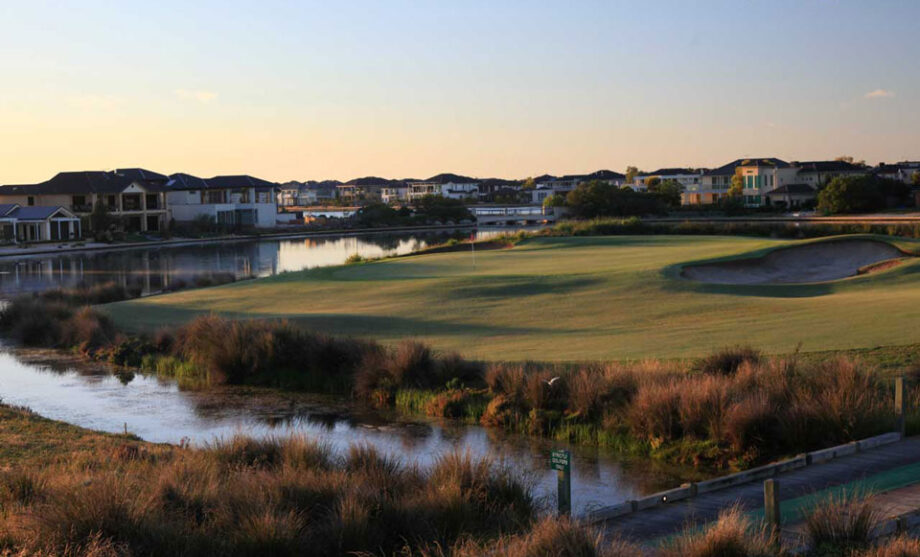 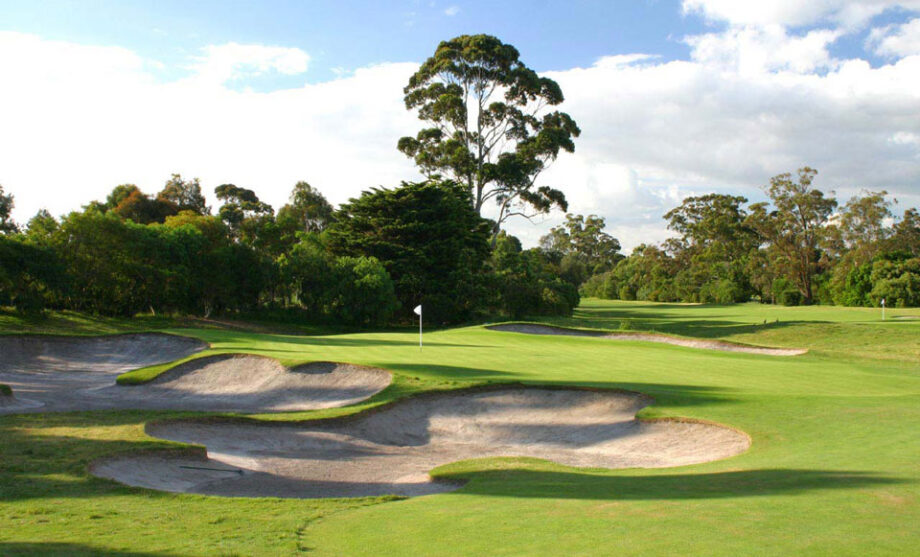 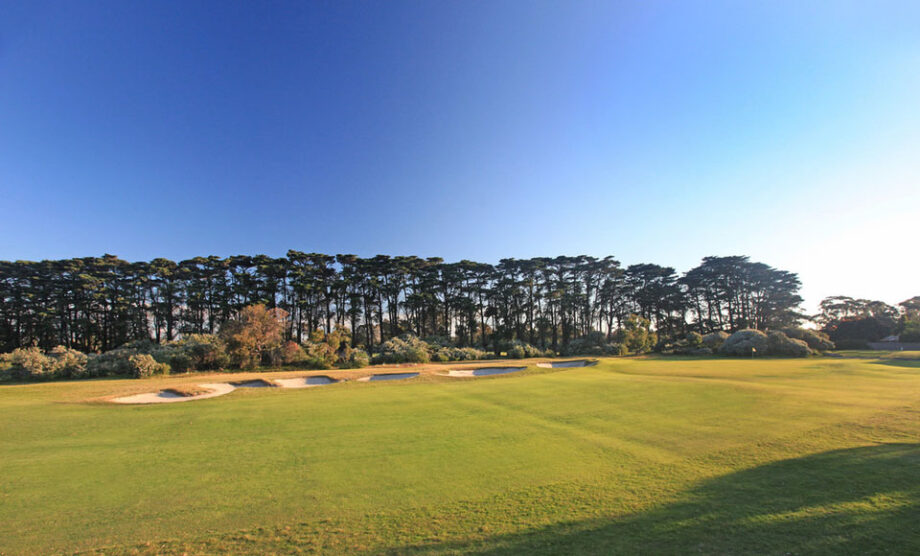 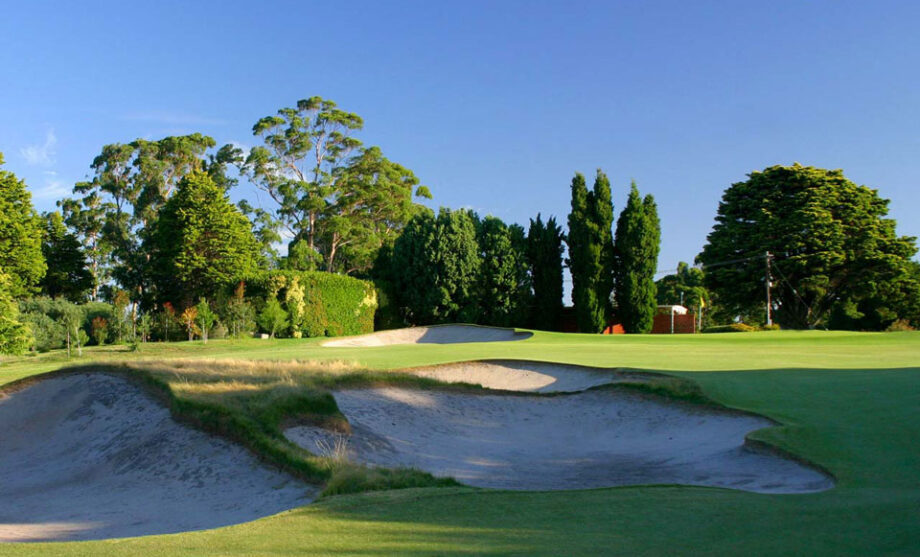