Don’t know the difference between made to measure and bespoke?

In the world of looking your damn finest, it’s no surprise that things can get lost in translation. We’ll be the first to admit that we were never an open Wikipedia page when it came to the most common and confusing men’s fashion terminology. Luckily as a man, your primal instinct is to grow and with that comes knowledge and learning. For today’s lesson we’re imparting is a bit of the latter. Sit back and immerse yourself in the twenty-one style terms to keep you at the pointy end of sartorial glory. 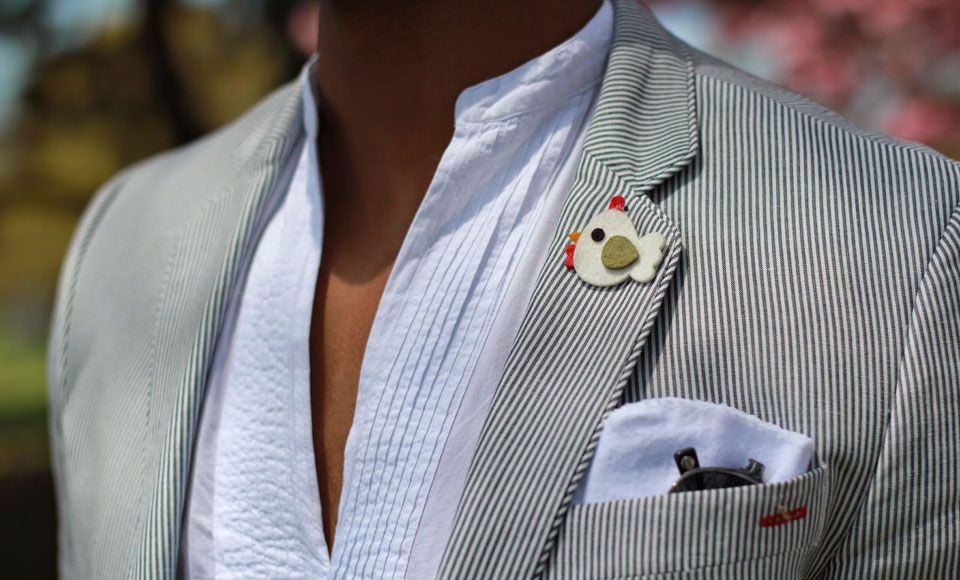 This is a term given to mid or lightweight fabric which is often striped. A favourite amongst spring and summer menswear collections, seersucker garments can also come with a wrinkled effect which is naturally made in the weaving process. The intuitive design ensures that the cloth sits away from the skin, making it cooler for wearers during warmer months. 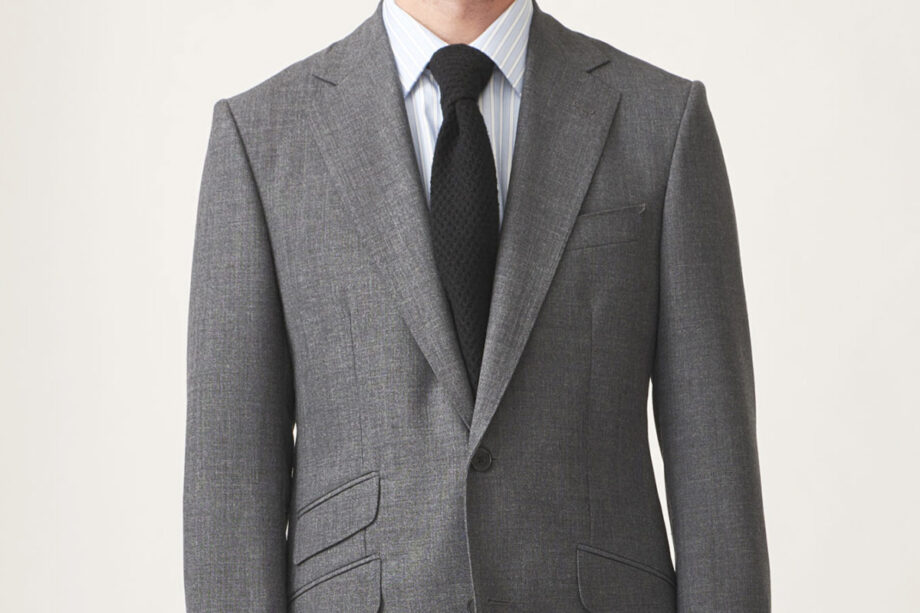 This one’s a no-brainer but is an essential for beginners. It’s a classic suit jacket which features a narrow overlap that is fastened via a single row of buttons in the left over right layout. Buttons can vary between one to four but the most common is two. 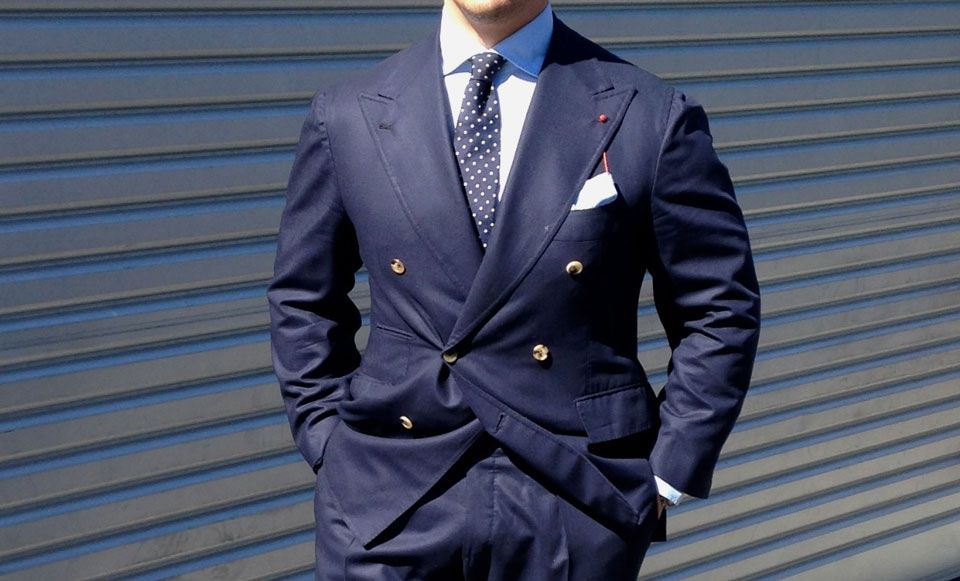 Following its single breasted counterpart, the double breasted jacket features two rows of buttons parallel to one another. These second row of buttons are used to hold down an extra section of fabric which extends further across the mid-torso for an even more regal look.

The lapel is the folded part of a suit jacket. People often call this the collar but lapel is more accurate. More specifically the lapel is either in notched or peak type styles and should be in proportion to the width of your tie. 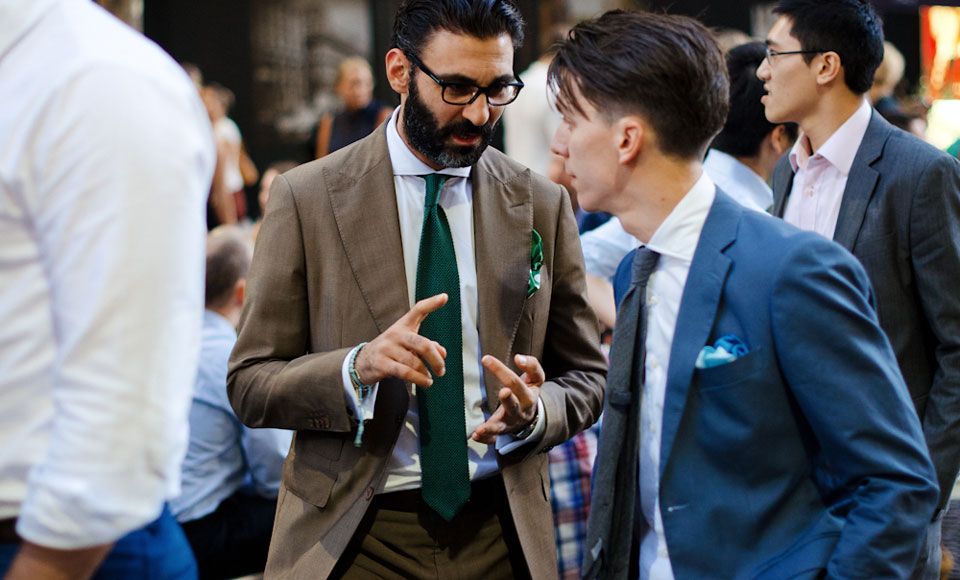 The peak lapel appears on most formal coats and suit jackets and is defined by an aggressive and thick upward point towards the shoulder. The idea is to further enhance the V-shape on a man and his masculinity via an elongated torso. 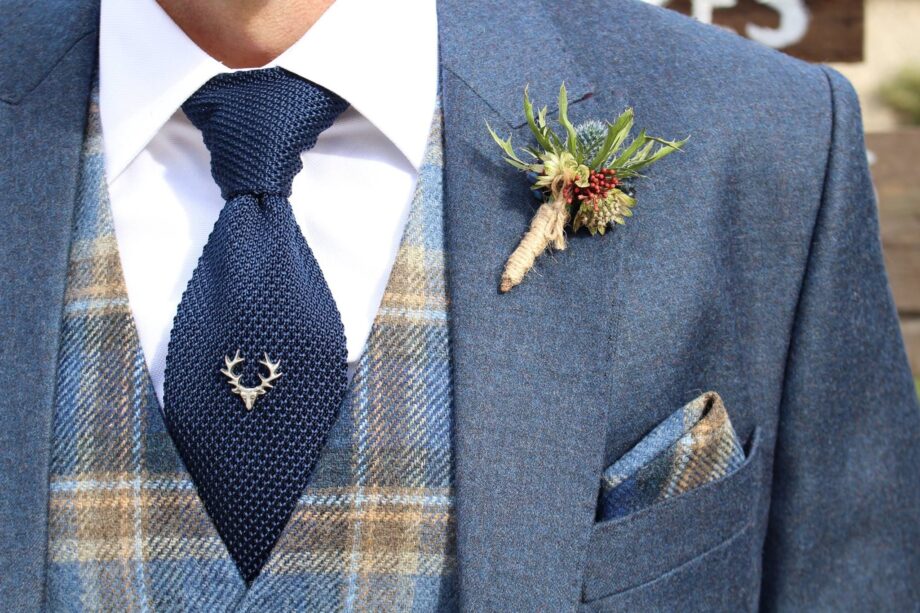 This is a decorative pin that once served to hold the cravats of wealthy English businessmen in the 19th century. Revamped in the modern world during the Mad Men days, the tie pin is today used to secure ties to the shirt in a fashionable manner and has seen a resurgence in styles from thick to thin. 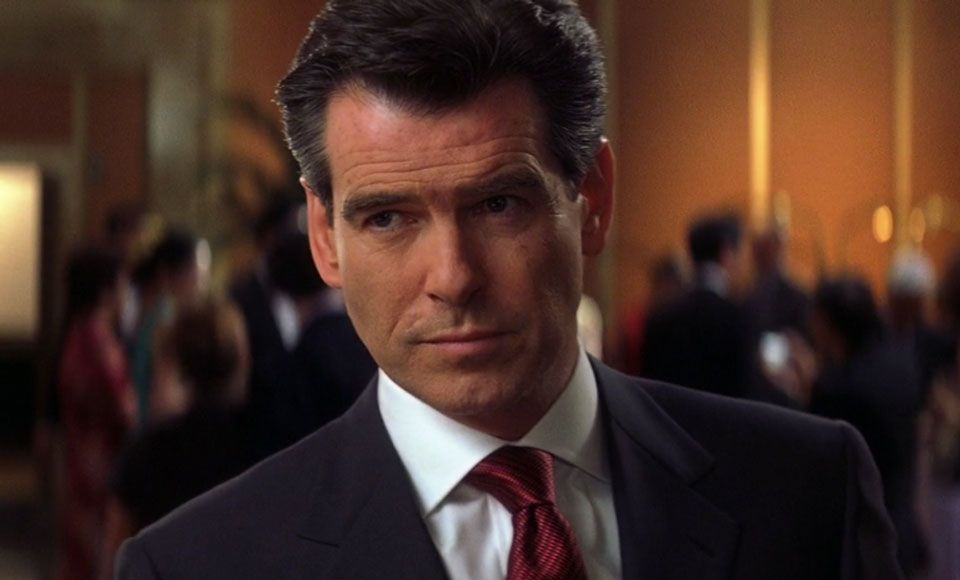 This is a particular style of collar on a dress shirt that is defined by the distance between each point. The distance varies from 3 to 6 inches with the larger spacing referred to as a Windsor collar.

This is the go-to collar for most men and the safest option usually found on off-the-rack dress shirts. The points distance from 2 to 3 inches with the collar tabbed to retain its shape.

Raw denim is unwashed and untreated material taken straight from the dyeing process. The reason behind this is to allow for the unfinished denim to age organically over time at the knees, thighs and crotch to leave a unique finish. To enhance this natural abrasion, wearers often delay washing their denim for six months to achieve their desired finishing. 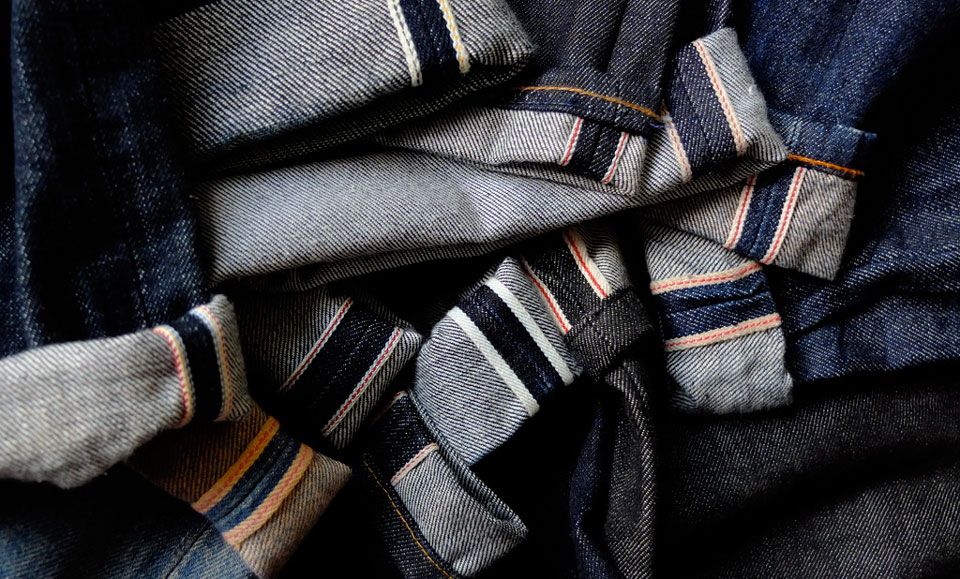 Look for the red stitiching

This is the reinforced version of unwashed or raw denim which gives off  clean natural edges that does not fray. It’s different to raw denim in that selvedge refers to the outer edge of the fabric whilst raw denim is the overall characteristics of the finish. It’s also a more expensive cut due to these properties and is often identified with red stitching on the weft. 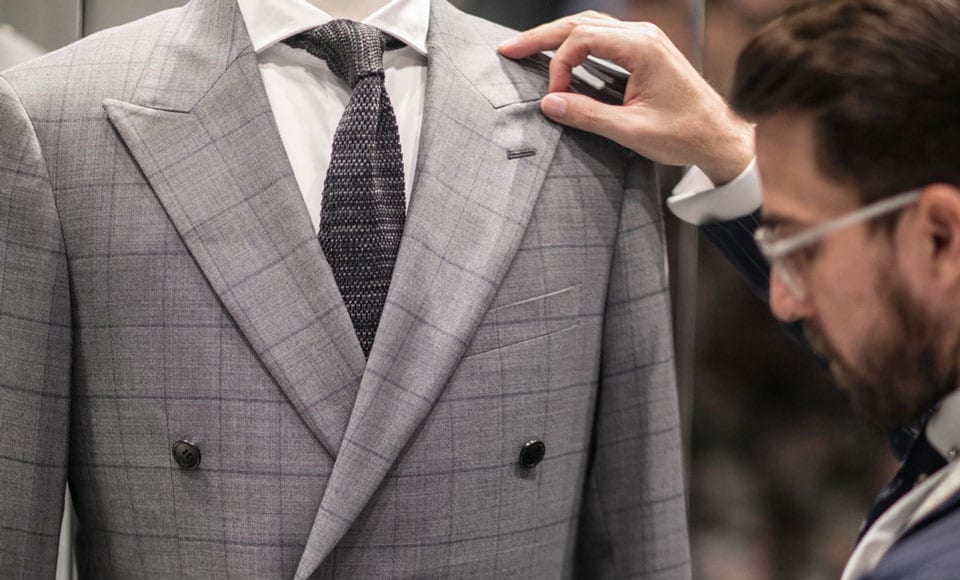 Made to measure suits take an existing base pattern to be constructed from. Tailored suits are often made to measure garments where the pattern is trialled on a wearer before the suit is constructed around it to ensure superior fit when compared to off the rack items.

Bespoke suiting is a piece that has been entirely crafted to a customer’s exact specifications. It involves the most workmanship as the process requires a full floating canvas, basted fitting and detailed hand finishing to achieve the finished garment that is one of one. Wearers can also have the option of choosing everything from fabrics to buttons to stitching. 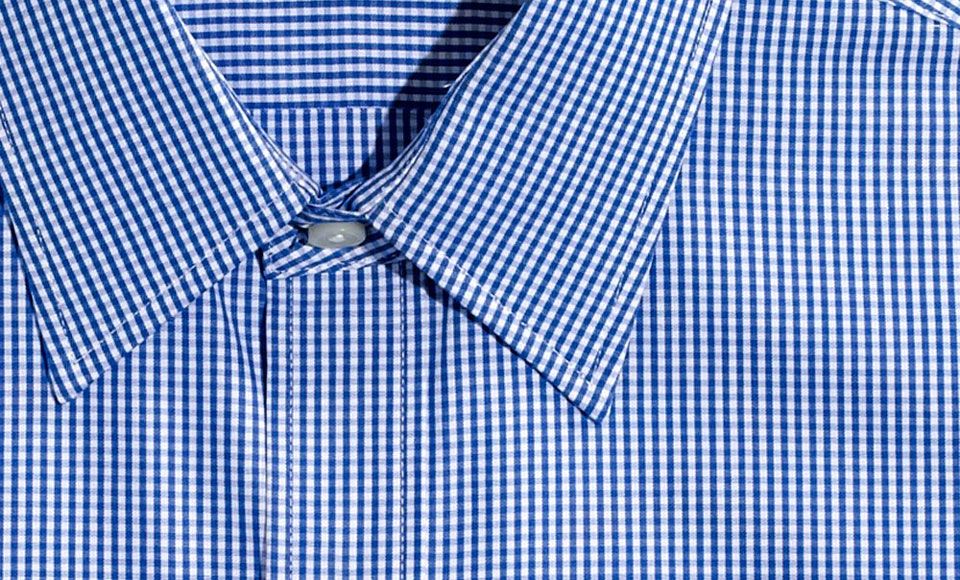 This is a plain woven fabric with a alternating check that usually combines white with another tone. It’s used primarily in men’s dress shirts with Germany, France and America all claiming to be the country of its origin. It is best paired with a solid coloured knitted tie.

Herringbone is a zig-zag knitted pattern found in wool twill fabric on coats and heavier suits. Tweed cloth is commonly woven in the herringbone pattern. 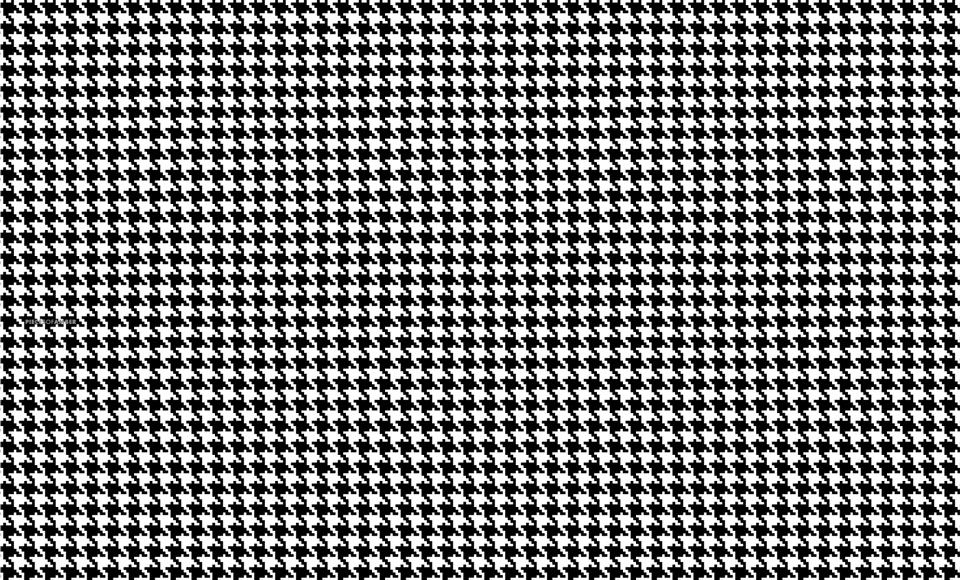 The simple explanation? David Jones’ vintage logo. More specifically its a succession of jagged checks often in varying shades of black that resemble a dog’s incisor.

This is a textile fabric that is made from the fibres of a flax plant. It’s considered stronger than cotton but loses dye very quickly. Its low elasticity also means it will also break if its folded and ironed on the same crease lines repeatedly. Linen is a summer favourite material as it provides exceptional breathing in hot weather. The natural wrinkles also give the garment a unique look.

Designated primarily on shirts, the crewneck is the standard neck hole which rounds close to the neckline.

This is a T-shirt which features the ‘V’ neck hole to reveal a bit more chest to provide a sharper look. 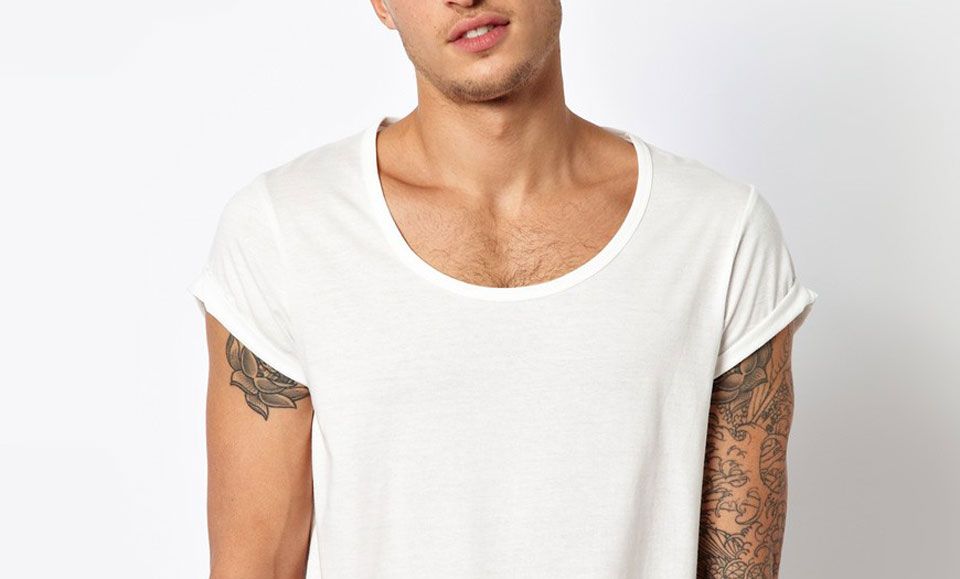 This is a loose fitting neck hole which follows the same rounded contour of the crewneck but is much larger.

This is a dress shoe which features no laces and is fastened by twin buckles and a thick leather strap. It is considered the most contemporary looking dress shoe for men. 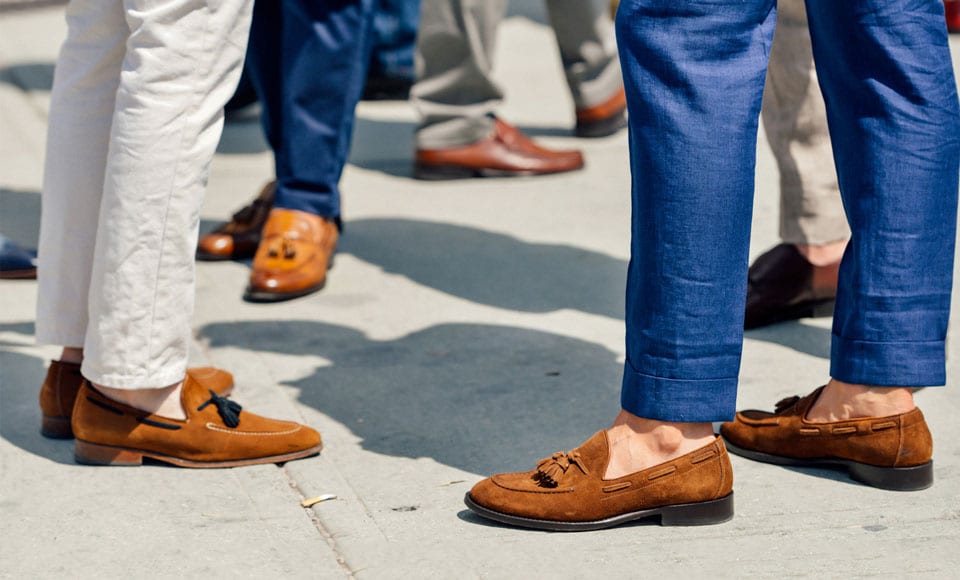 Designated for casual wear, the loafer is a moccasin shaped leather slip-on shoe which features a flat heel and detailing across the tongue. they are best worn with invisible socks for the summer look.

Should I iron seersuckers?

You do not need to iron seersuckers. The crinkles in the fabric disguise any wrinkles, which make them great apparels for travelling. However, seersuckers may need a steaming from time to time.

Which is more formal, single-breasted or double-breasted suit jacket?

While both suit jackets can be worn interchangeably no matter what the setting or occasion, double-breasted blazers are considered more formal. You do not wear them with jeans like you do with single-breasted jackets.

What is the proper way to wear a tie clip?

Your tie clip should go between the third and fourth buttons of your dress shirt. It should fasten the front and back end of your tie to the placket of your shirt.