With expose after viral expose showcasing scorned daters’ abusive (and embarrassing) responses to rejection, it’s easy to dismiss Tinder as a pit of sweet-spoken liars who turn vicious as soon as they realise you aren’t interested in their brand of pillow wrestling. In fact the ABC recently reported on the “world of harassment” women may receive when rejecting a match. 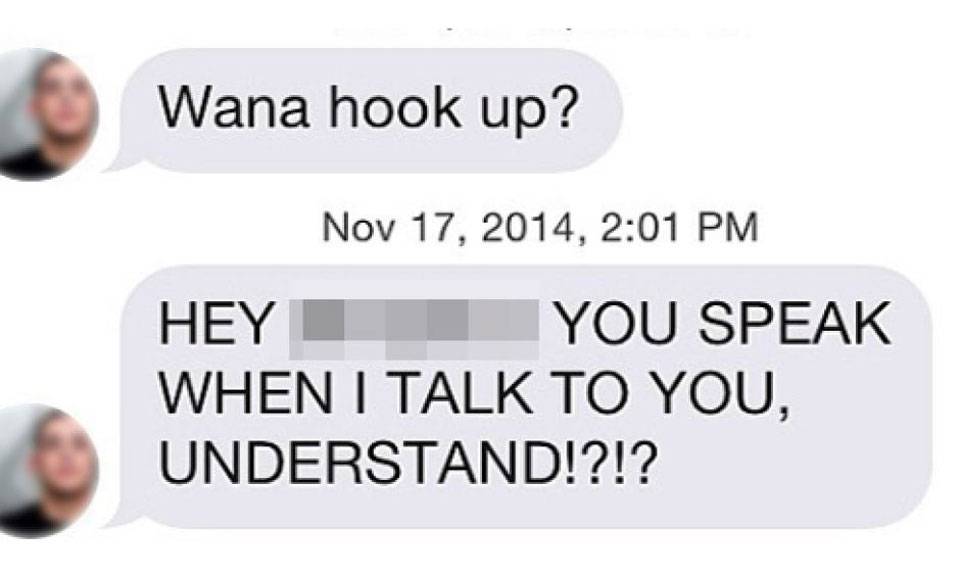 “A lot of guys take the fact they think they’re anonymous online to be more bold and say things they wouldn’t normally if they saw you in person,” a source told the ABC. 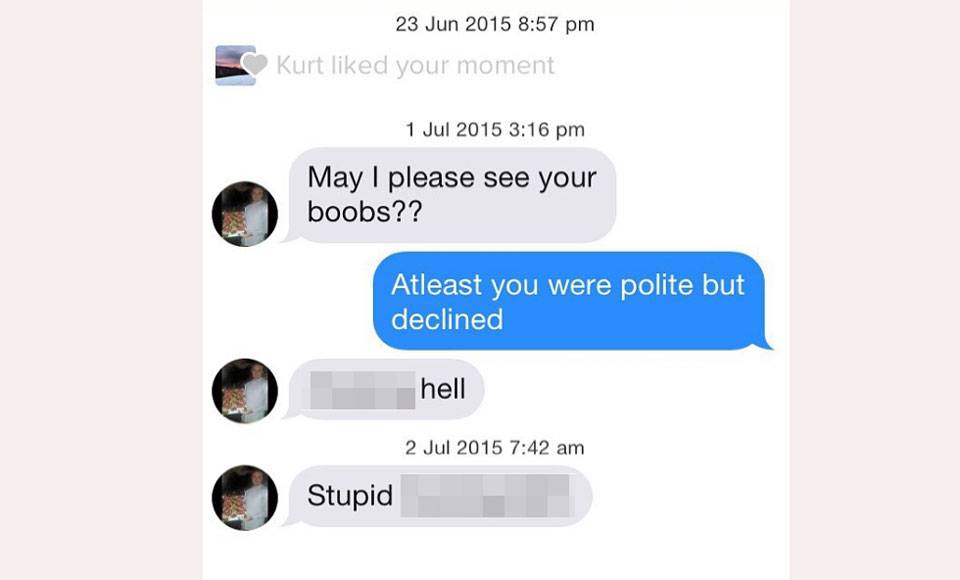 Obviously most socially-calibrated humans wouldn’t respond like this. However we don’t doubt men with bruised ego’s have a hard time coming up with an elegant response to Tinder rejection.

So to help you deal with rejection a little more graciously, we trawled the internet (and our phone galleries) for magnanimous responses to ‘defeat’ that will restore your faith in humanity. Who knows—a witty response could even get you back in the game. 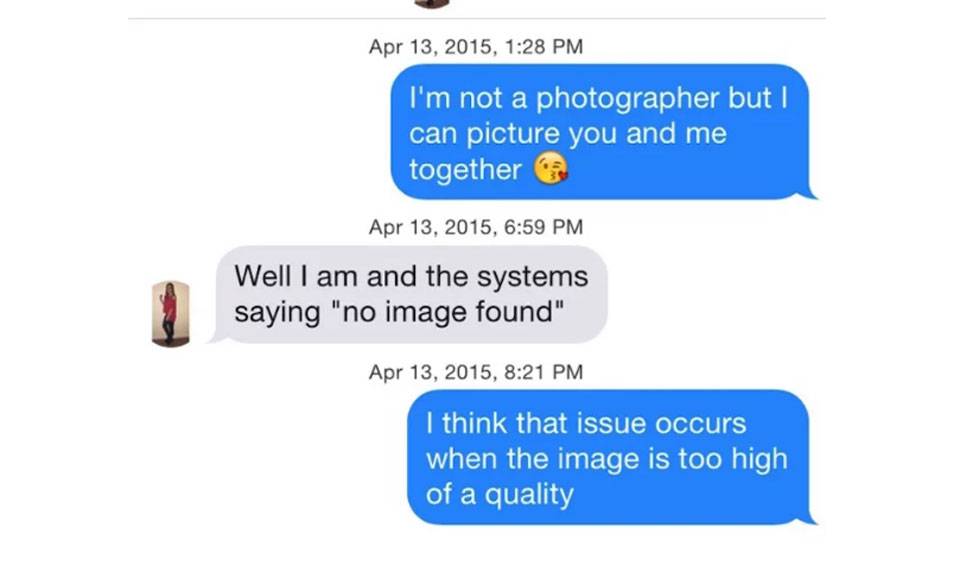 Although we don’t know for sure what happened next, I’m calling an 80% chance this response was smart enough to warrant, at the very least, a, “Well played” from Ms No Image Found. 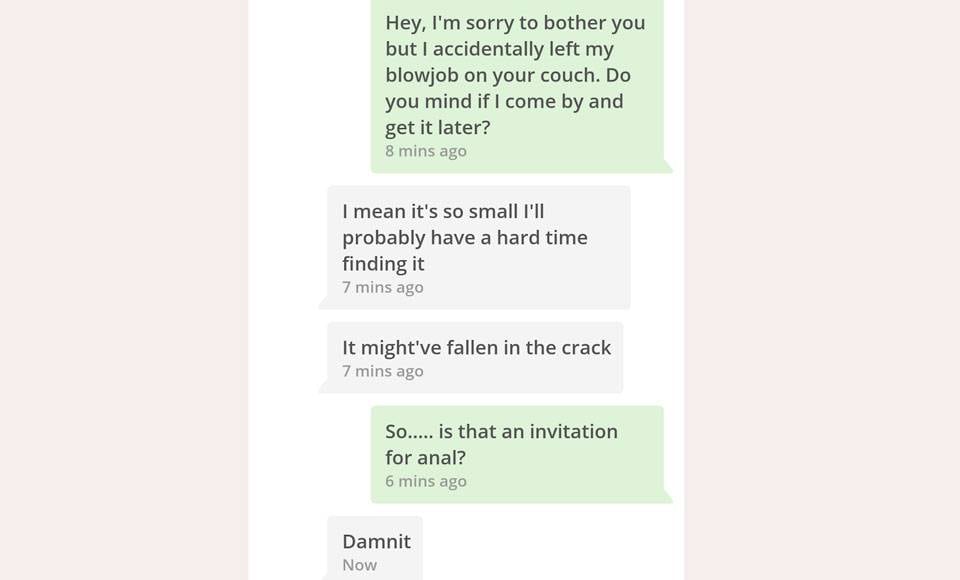 This one somehow managed to be both random and to the point. Probs didn’t get him a second chance but surely elicited a chuckle. 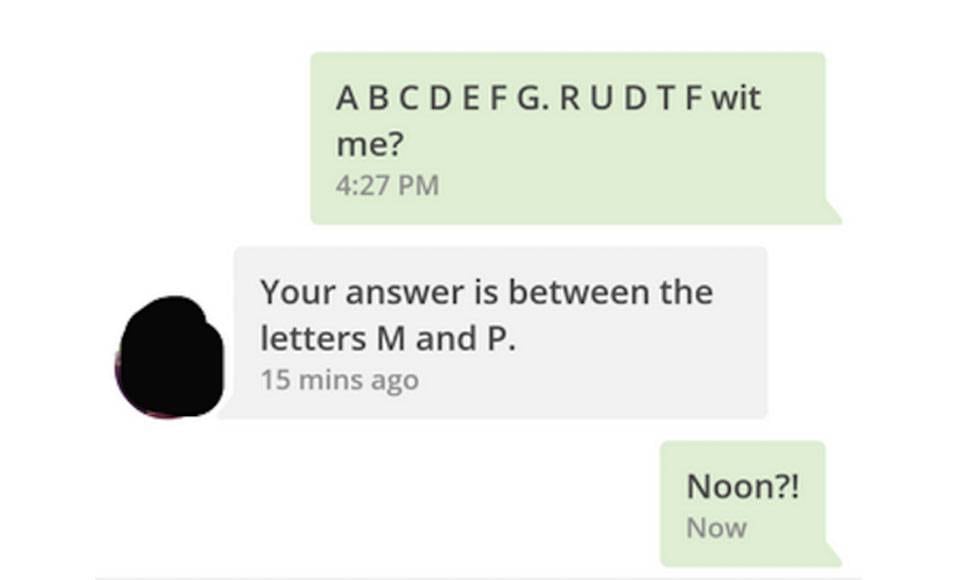 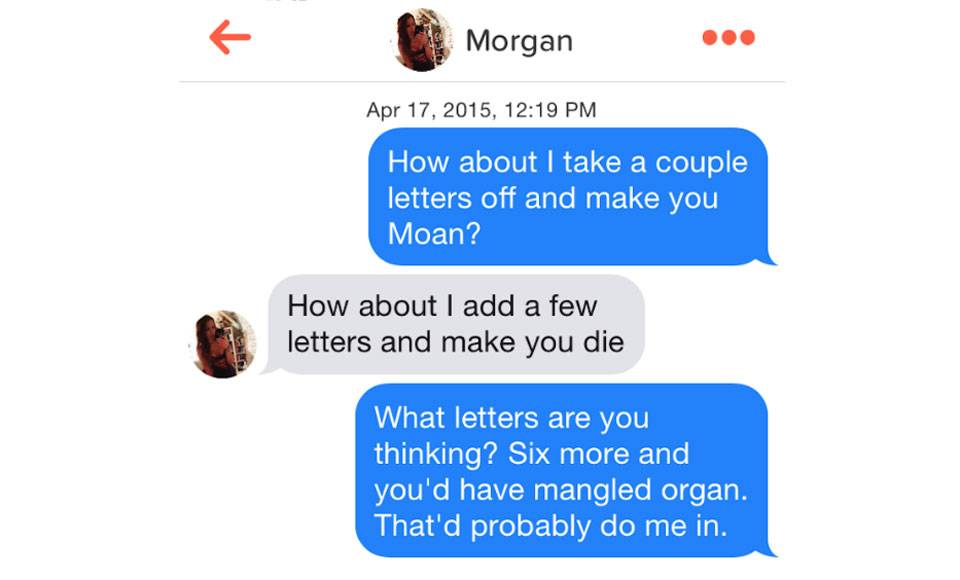 This guy is worth a second shot for no other reason than his scrabble playing abilities. 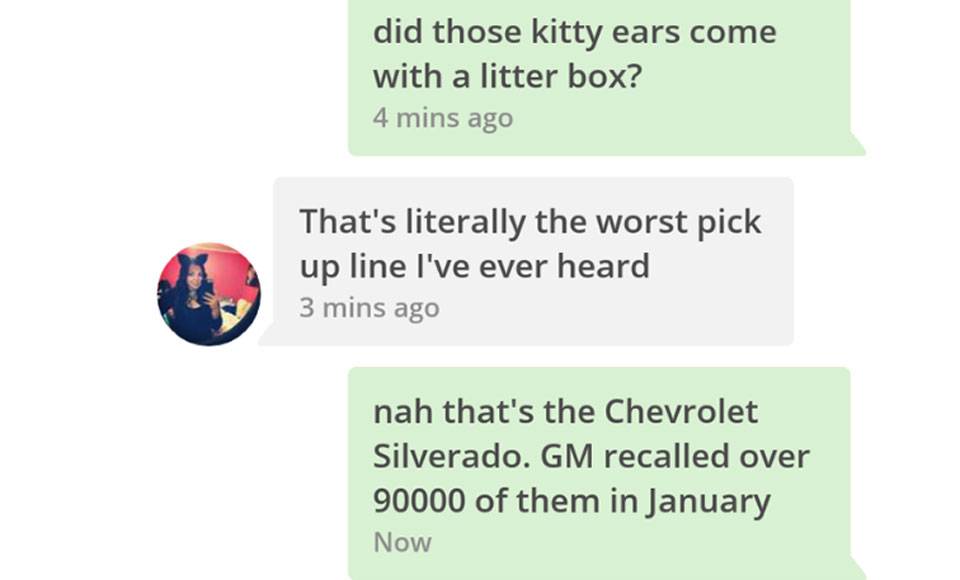 If she’s a mechanic she might appreciate it. Otherwise this is one of the weaker comebacks. 2/10. 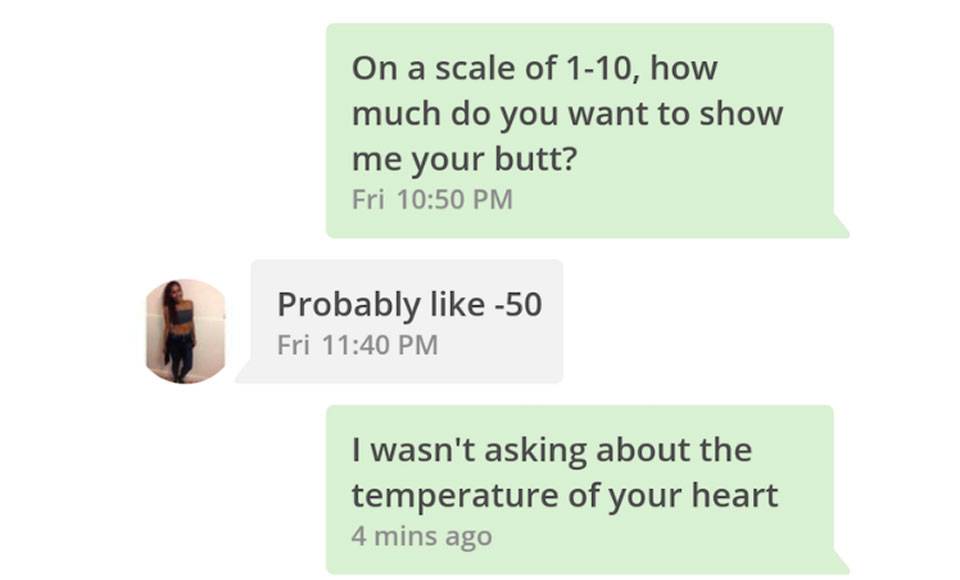 He probably won’t get himself back in the game with this, but at least it contains a modicum of wit rather than just straight up cringe. 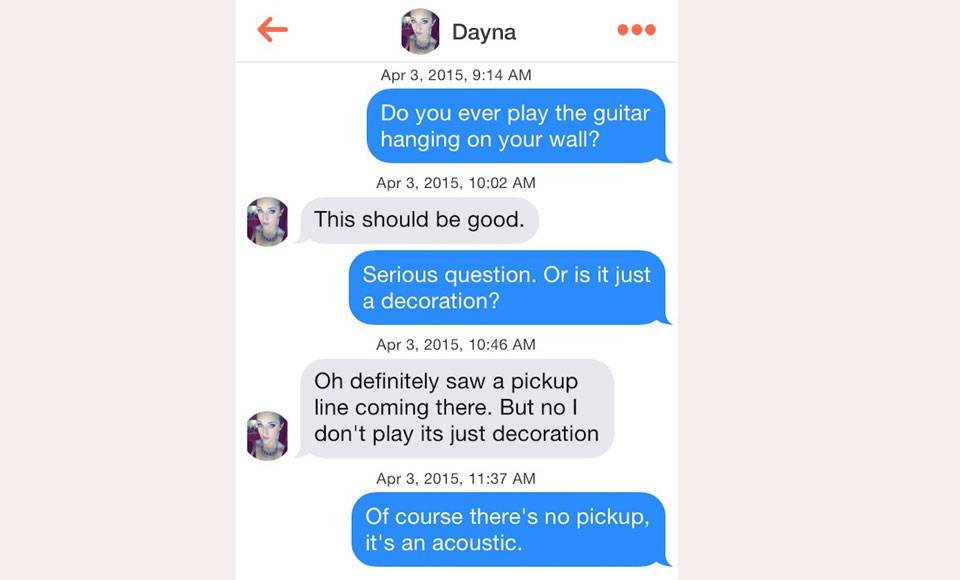 This guy knows his guitars… 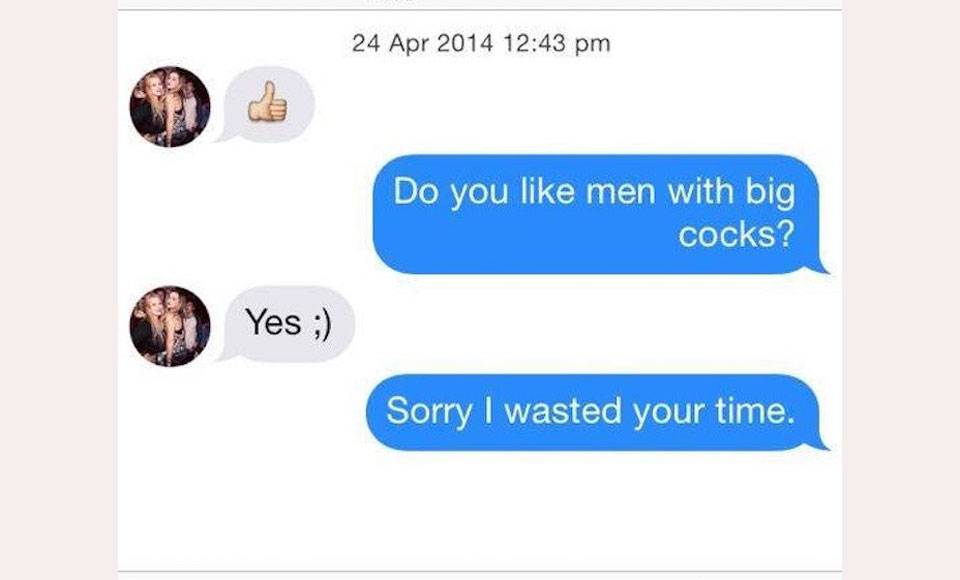 Some weren’t strictly speaking comebacks, but the lols speak for themselves… 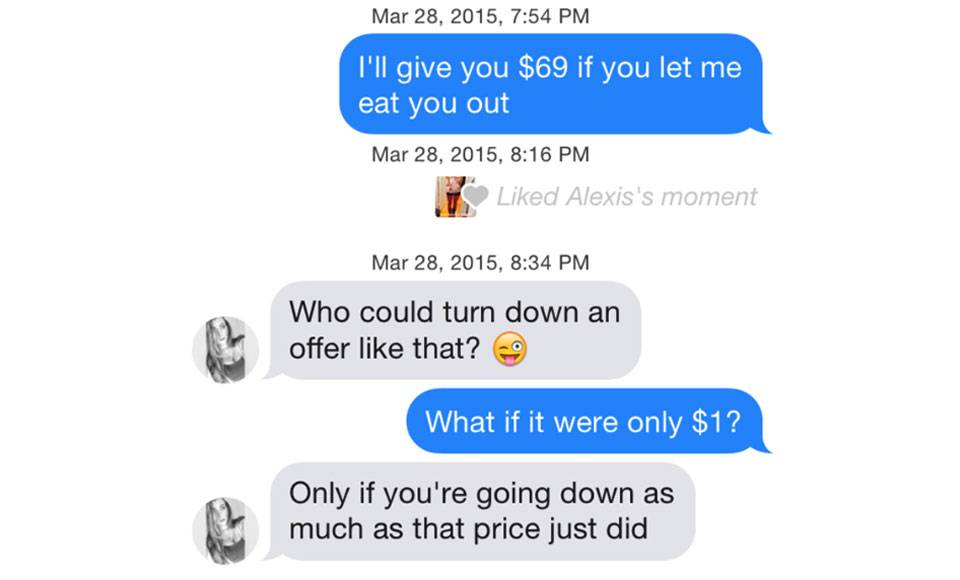 And this one went so well from the start (and pushed its luck so far) we doubt it’s real. 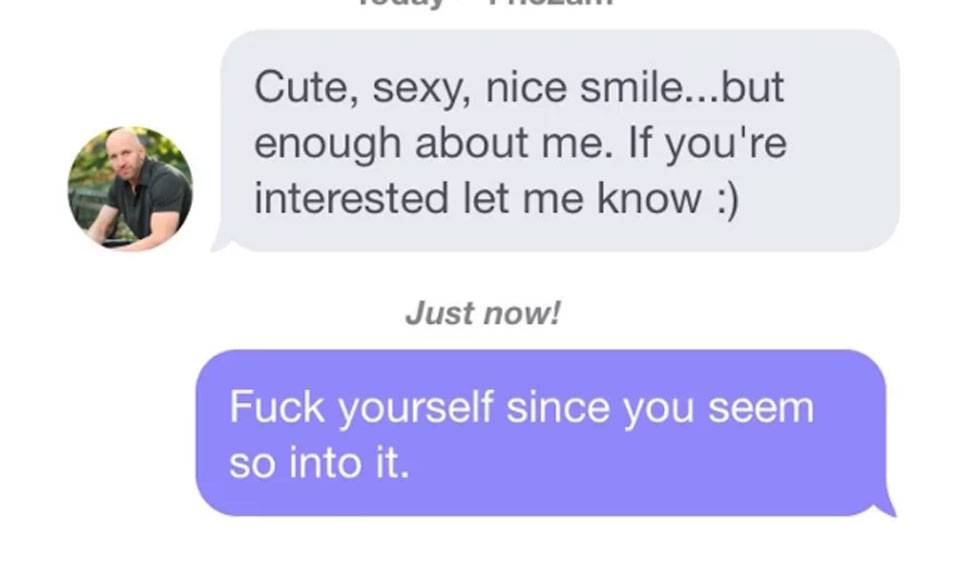 We don’t know what this guy said, but to come back from that seems a tall order for a guy in an ill fitting polo shirt.

Anyway, if none of these options work for you, why not just invite 100’s of matches to a hunger games style Tinder date, like this brave, time-wasting soul did? Got to be worth a try, right?