Every visitor to Paris makes a pilgrimage to the Eiffel Tower, but how many can say they’ve slept in the city’s most iconic landmark? As part of its sponsorship of the UEFA Euro 2016 football tournament, vacation rental service HomeAway gave four lucky guests the chance to do just that.

The contest was announced earlier this month, but this is the first time we’re getting a peek at what’s in store for the winners. Hovering 57 metres above the City of Light, a former conference room was transformed into a stylish, two-bedroom apartment in just 48 hours. The 186-square-metre space features a comfortable living area, an urban greenhouse, and furnishings by Italian design house Lago.

“I wanted a very sober apartment with pure lines and with just the view of Paris on a whole wall panel,” said the designer, Benoit Leleu.

The apartment will last for one month, until the end of the tournament, during which time it will also host fans who want to watch the matches on big TV screens and a variety of special events. While it’s too late to enter the contest, you can take a virtual tour of the once-in-a-lifetime Eiffel Tower apartment in the photos above and on YouTube. 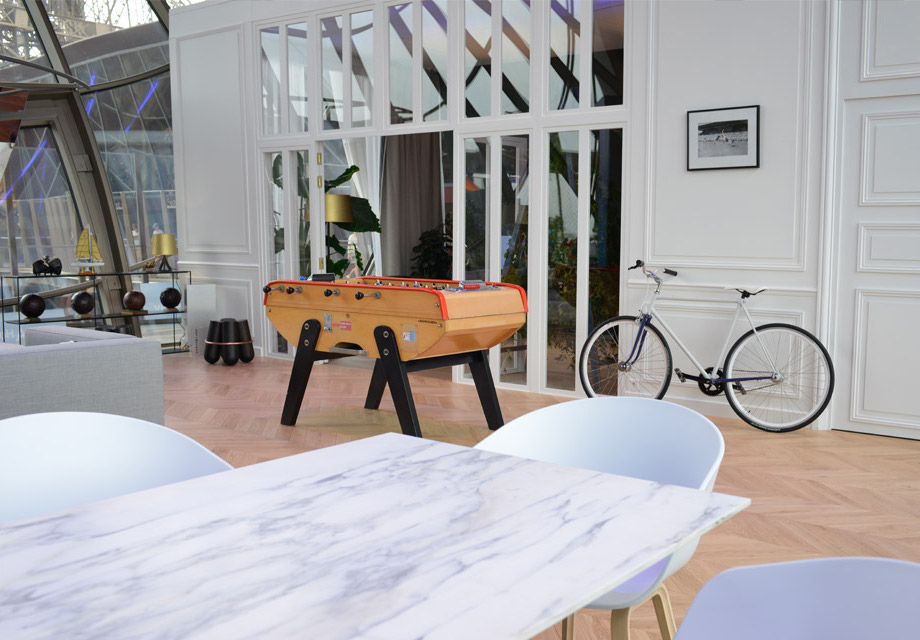 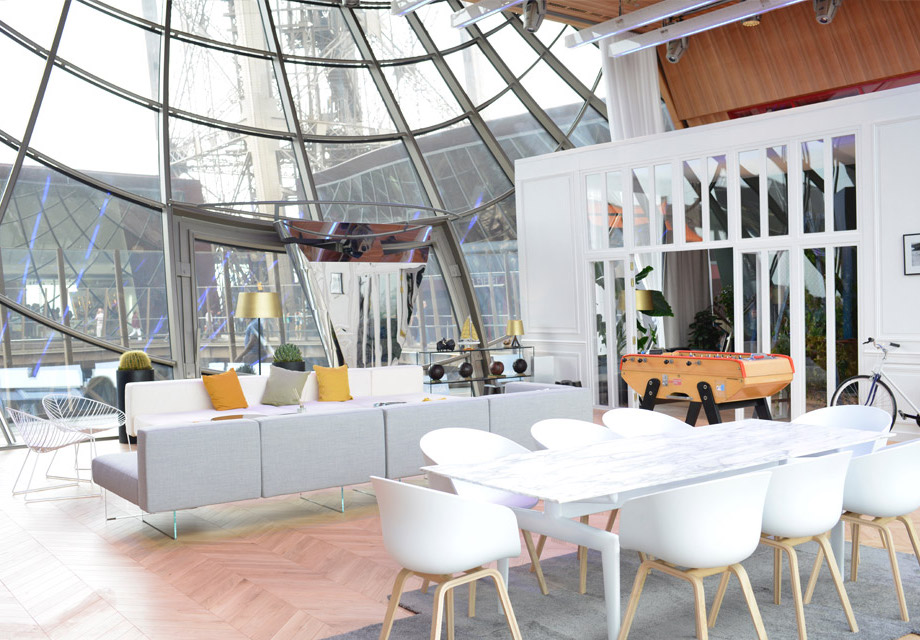 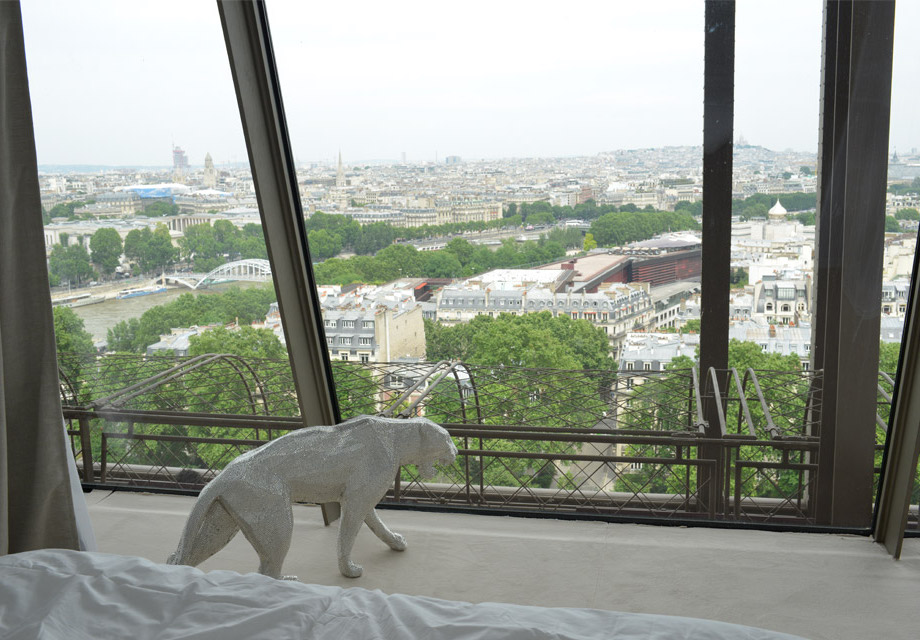