The Secret To Building Unrivalled Character 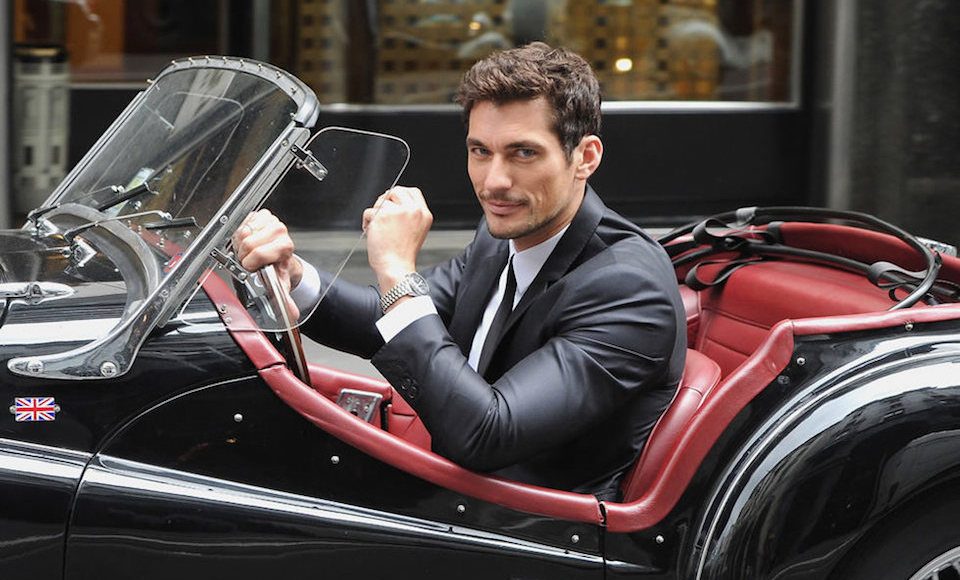 Winston Churchill said, “A man does what he must – in spite of personal consequences, in spite of obstacles and dangers and pressures – and that is the basis of all human morality.”

Bob Dylan said, “A man is a success if he gets up in the morning and goes to bed at night and in between does what he wants to do.”

History’s greatest thinkers have offered a variety of answers to the question “What makes a man?” but the simplest answer is this: a man is defined by his character.

Character is the sum of a individual’s attributes. It is the amalgamation of the distinctive qualities that describe a person and determine the mark they leave behind. Good character is your most valuable asset and should be the foundation of every man’s life – but what does it mean to be “good”?

Like the Great Wall or the pyramids of Giza, character is built stone by stone, decision by decision. A man of character knows his values and has the courage to live his life accordingly, and others are drawn to him as a result.

Good character doesn’t mean being a saint, but it does mean abiding by a set of positive guiding principles and making constant incremental improvements. Here’s how to get it:

Without trust, there is nothing. Strive always to be honest, to be loyal, and to live up to your good reputation. An honest man does more than tell the truth – he lives it. He is straightforward and trustworthy in all of his thoughts and deeds, and willing to be vulnerable when necessary. His authenticity is never called into question.

Carry Yourself With Passion

Passion is a powerful force in accomplishing anything you set your mind to, and in experiencing work and life their fullest extent. Passion is the beginning of every success story. It fills our lives with meaning and excitement. It is a source of motivation and happiness. All who possess it are unique, dynamic, authentic, attractive. Proactively pursue your passions and you will never be bored (or boring).

“Do unto others…,” as the old rule says. Give and get respect in equal measures. Deal with disagreements peacefully. Be tolerant and accepting of differences. Be considerate of the feelings of others. Act with courtesy, kindness, deference, dignity, and civility. The more respect you give, the more you earn in return.

Loyalty Is Your Friend

Through thick and thin, a man of character remains loyal to the people who matter to him. He is no fair weather friend. He is dedicated to upholding his personal commitments. He keeps confidences and does not speak disparagingly of those he values. He is a devoted partner, friend, professional, and family member.

Accept your obligations and follow through on your commitments. Be accountable for your behaviour and choices. Finish what you start. Be dependable, reliable, and faithful even when (and especially when) it’s a challenge. A responsible man commands respect and earns admiration.

Take pride in yourself but maintain a modest opinion of your own self-importance. A man of character strikes a balance between confidence and humility. Though he is aware of his many accomplishments, he allows others to sing his praises instead of shouting them himself. He never sees himself as “too good” for other people. He expresses gratitude for what he has and works for what he wants, rather than insisting he deserves more and expecting it to be handed to him.

Compassion Without Being A Pushover

The capacity for empathy and the willingness to help others combine to form compassion. A compassionate man can think and feel what others are thinking and feeling, giving him a powerful ability to tolerate, understand, and forgive those around him. He acts with kindness and treats everyone as equals because he knows nice guys don’t really finish last.

What mark will you leave on the world? A man of character acts not only to serve himself, but to serve his community. He desires to make an impact and leave the world better than he found it.

Integrity Is A Reflection Of You

Integrity is the foundation of good character. Living with integrity means being true to yourself and living in accordance with your personal code under any circumstances. A man with integrity conducts himself with the same high ethical standards no matter where he is or who he is with. He is guided by his core principles whether or not others are watching. He is intrinsically motivated to live up to his highest ideals.

Courage comes in many guises. It’s more than bravery in the face of physical danger (though we’re all for standing up to the bully on the playground). Courage also takes more subtle forms, like telling the truth, taking action despite self-doubt, engaging in difficult conversations instead of avoiding them, and acting in accordance with your values when you’re tempted to do otherwise.

Little gets done without a sense of responsibility. Successful men can put aside their whims and urges in order to accomplish their goals. Through careful preparation and ongoing self-control, these men can harness their willpower to build good habits, rise to their commitments, and live up to their principles.

Teachability To Ensure You’re Always At The Top

Though he is skilled and intelligent, a man of character never stops seeking self-improvement. He takes pride in becoming better, so he acknowledges his shortcomings and isn’t afraid to admit how much he doesn’t know. He is always willing to learn, try something new, improve a skill, or take on added responsibilities. He is focused on building his own character, not dragging down the character of others.

Everyone wants success, but only some are willing to put in the work required to get it. The difference is drive – the burning passion to achieve goals and persevere through any hardships along the way. This motivation is the fire that fuels all personal growth and achievement. It’s the engine of accomplishment. Drive is the difference between taking the initiative and letting the world pass you by.

Cockiness is for those who lack actual confidence. A truly confident man takes a quieter approach – he is self-reliant and self-assured without a fanatical, narcissistic need to prove either. He is comfortable in his own skin. He is not defined by others. He stays true to himself in the face of pressure. His confidence is attractive, empowering, and inspiring to others.

A man of character willingly offers up his time, energy, efforts, emotions, words, and assets without the expectation of reciprocity. He gives credit when it is deserved and gives back to share his success with others. No task is too small and no person is too inconsequential for him to lend a hand when the opportunity to make a difference arises.

Optimism Is For Winners In Life

In the words of Churchill (again), “The pessimist sees difficulty in every opportunity. The optimist sees the opportunity in every difficulty.” An optimist is healthier in both mind and body, as well as more successful at work and more resilient in the face of challenge. His positive attitude is highly attractive to others, and inspires those who know him to make positive changes in their own lives.

Balance To Ensure You Don’t Crack

“Work-life balance” is a trendy buzzword, but the importance of balance defies any trend. A balanced man is the modern Renaissance man. He prioritises his time effectively and is well-rounded in many areas. He pursues his professional goals with gusto, but leaves time for self-care (sleep, nutrition, fitness), personal projects, friends and family, and spontaneous play.

Humour To Reinforce Your Mental Health

There’s a reason “good sense of humour” is a top requirement in the search for a mate. Humour is scientifically proven to improve both psychological and physical well-being. It also has enormous social benefits. People who create and appreciate humour receive positive attention and admiration, can laugh at themselves when necessary, and navigate uncomfortable situations with charming ease.

Purpose Is The Ultimate Key

Laziness achieves nothing, but work for work’s sake is an empty pursuit. A man of character lives and works for something – a calling, a mission, a purpose beyond his own personal benefit. Purpose guides behaviour, shapes identity and goals, and offers a sense of direction. It is purpose, ultimately, that creates meaning and fulfilment in one’s life.