The world may be your oyster, but there are some pearls you’ll never see. Amongst the planet’s many wonders are places that are too dangerous, too protected or too secretive to visit. Only a select few will ever experience these exclusive spots, sometimes at the risk of injury or death.

If you’re planning your next holiday, cross these 10 illegal travel destinations off your bucket list. They’re beautiful and mysterious, but totally forbidden to travellers.

Remember Shutter Island? Poveglia is a real-life version. The small isle, located between Venice and Lido in Northern Italy, was once home to a mental institution that allegedly tortured and experimented upon its patients. Prior to its stint with the mentally ill, Poveglia was used as a quarantine colony where the dead and dying, some of whom were mistaken for corpses, were burned on giant pyres during times of plague. Today the island is widely considered to be haunted, and both locals and tourists are banned from visiting.

In the Bay of Bengal is North Sentinel Island, home to the indigenous Sentinelese people – and no one else. Not only is the island difficult to reach thanks to the surrounding coral reefs, it’s also almost impossible to visit due to the hostility of its native population. The Sentinelese reject contact with all other peoples, and will use force to ensure they remain untouched by modern civilisation. The Indian government has declared the entire island an exclusion zone, and unless an arrow in the leg is your idea of a good time, it’s best to steer clear.

No list of forbidden travel is complete without Area 51, a hush-hush military base in Southern Nevada. The site wasn’t officially acknowledged until 2013, when released CIA documents confirmed its existence. What happens there is similarly shrouded in mystery. It’s most likely used for the development and testing of aircraft and weapons for the US military, but conspiracy theorists believe its real purpose is extraterrestrial research. Alien enthusiasts frequently visit the surrounding territory, but Area 51 itself is strictly prohibited.

Ilha da Queimada Grande sounds like somewhere you’d stretch out on a beach, tropical cocktail in hand, and sunbathe to the sound of azure waves gently lapping the shore. Until you hear its nickname: Snake Island. The inhospitable isle is home to no humans, only thousands of golden lancehead pit vipers – one of the deadliest species of snake in the world. The Brazilian government has outlawed any visitors from attempting to visit the island, barring the occasional scientist.

The labyrinthine Lascaux Caves are home to one of the most celebrated examples of Palaeolithic cave paintings ever discovered. The ancient artwork, which primarily depicts large animals, is believed to be more than 17,500 years old. Unfortunately, you’ll never see it. The caves were once open to the public, but were closed when the carbon dioxide, heat, humidity and other contaminants produced by visitors began to damage the art. Today the UNESCO World Heritage Site is rarely entered by anyone other than a security guard, who only visits once a week for a few minutes at a time.

Surtsey, a volcanic island situated off the southern coast of Iceland, is one of the youngest places on the planet. The island emerged from the Atlantic following an extended volcanic eruption in the 1960s. Only a few scientists have ever been allowed to set foot on Surtsey, making it one of the world’s most, if not the most, pristine natural environments. Researchers stay in the island’s only construction, a tiny hut with a few bunk beds, and must erase all traces of their existence when they leave. The purity of the environment is so closely guarded that visiting scientists once had to dig up potatoes a group of pranksters planted as a joke.

What happens in Russia, stays in Russia. Mezhgorye is a mysterious, closed town in the Republic of Bashkortostan, Russia. Its residents are said to be working on a secret program related to nearby Mount Yamantaw, most likely a nuclear facility or bunker. When questioned about Mezhgorye, the Russian government has given a variety of inconclusive answers ranging from a coal warehouse, to a food storage area, to a repository of national treasures. One thing’s for sure: this illegal travel destination won’t be the site of your next spa holiday.

RELATED: 10 Most Dangerous Roads In The World

Located in the Indian state of Rajasthan, the Bhangarh Fort is a 17th-century structure steeped in mystery, myth and rumour. Legends about the fort involve curses, occult magicians, ghastly paranormal encounters and fatal accidents involving unsuspecting tourists. Today, Bhangarh Fort is considered one the most haunted places in India and the government has imposed strict regulations for entry. While you’re welcome to explore the ruins during the day, visitors are forbidden from entering the grounds between sunset and sunrise. Locals say those who ignore the rule are never seen again.

Unless you belong to the most elite echelons of US politicians and military personnel, you will never see this secretive facility. Mount Weather is designed to be the safest place on the planet, where high-ranking government officials can take shelter in case of a national disaster or global crisis. The massive complex is equipped with everything from power plants and hospitals, to police and fire departments, to dining and recreation areas, to a sewage plant and a mass transit system, to its own leaders and laws. Good luck getting past the chain link fences, razor wire and armed guards on doomsday.

A virtual tour is the closest you’ll get to visiting the Svalbard Seed Vault, which houses over 980,000 varieties of the world’s crops in a vast subterranean facility built 400 feet into a mountainside on the Norwegian island of Spitsbergen. Almost every country in the world has deposited specimens into the seed bank. If a devastating natural or manmade disaster occurs, governments will be able to request seeds from the vault to restart their agricultural production. Employees of the facility are the only people allowed inside, but it’s for the best – in the event of the apocalypse, you don’t want to be the guy who accidentally destroyed the only hope of restoring the world’s food supply, do you?

RELATED: Mind-Blowing Destinations To Visit Before They Disappear Forever 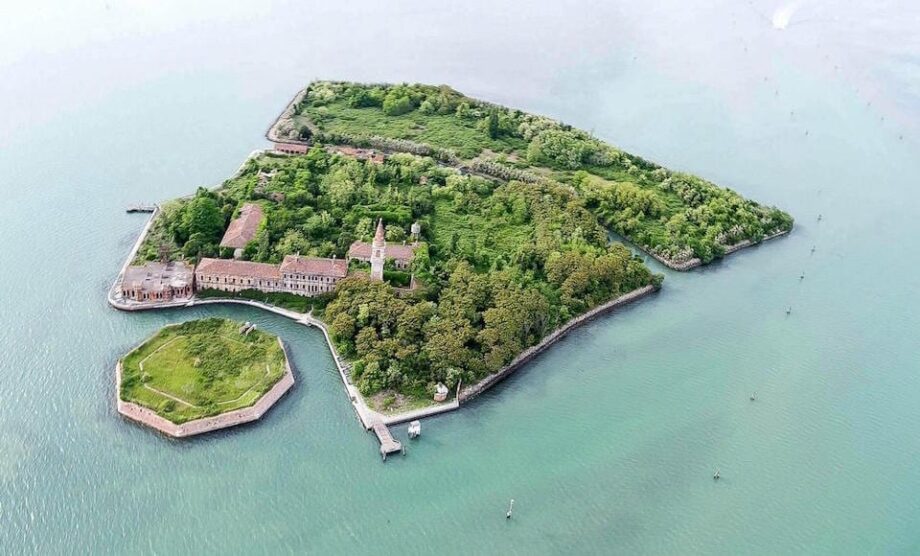 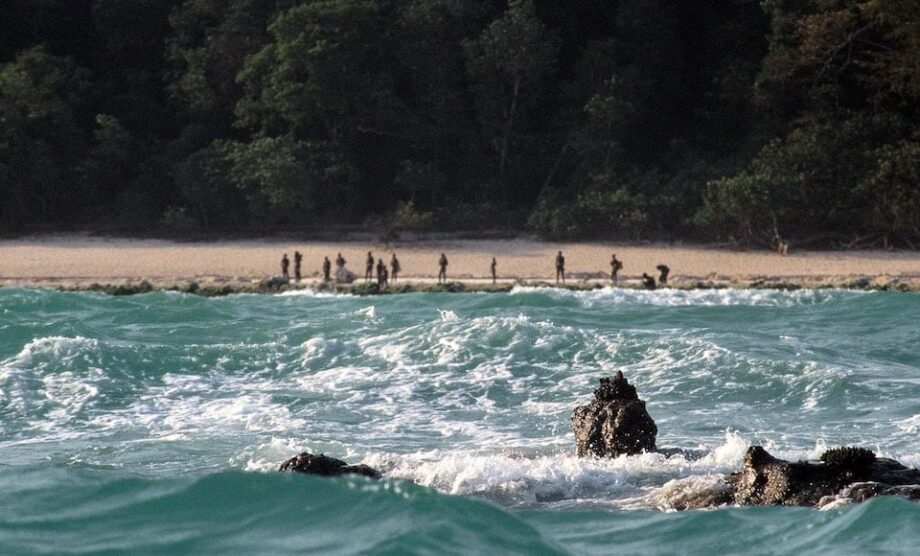 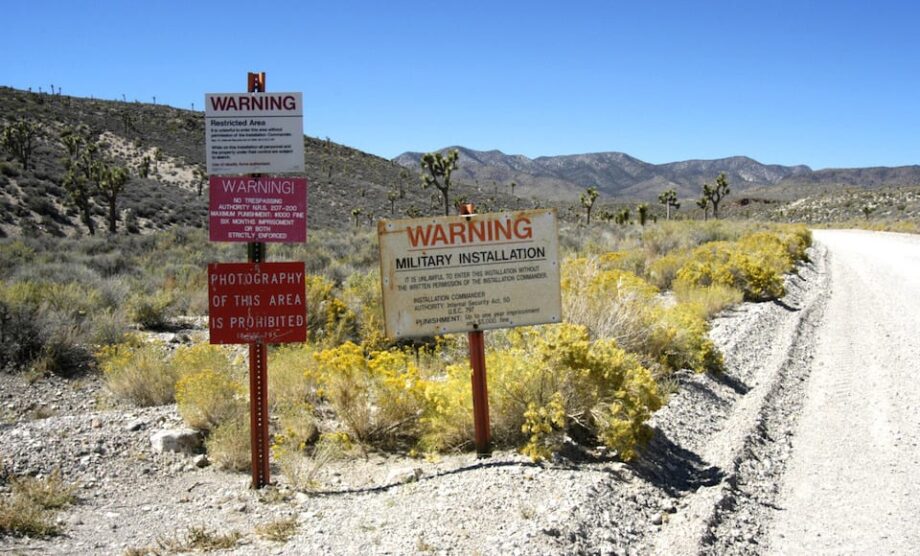 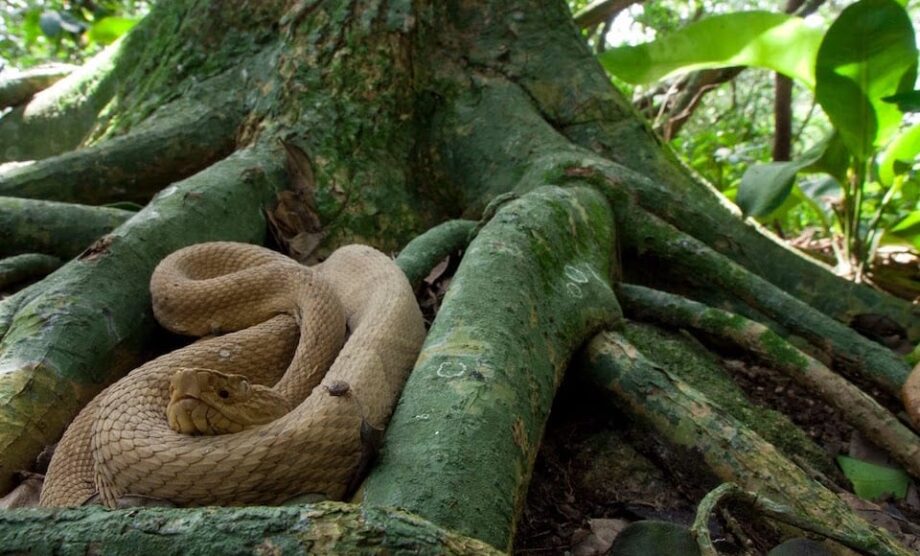 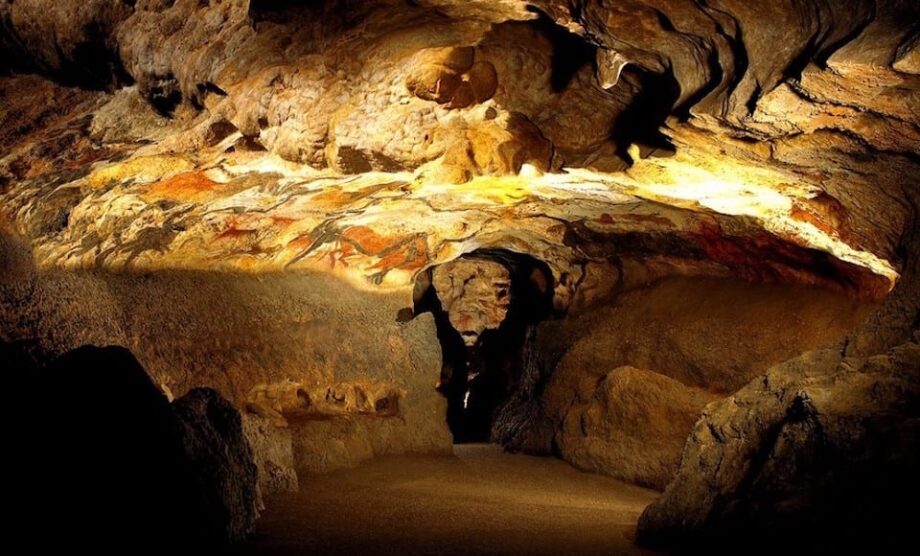 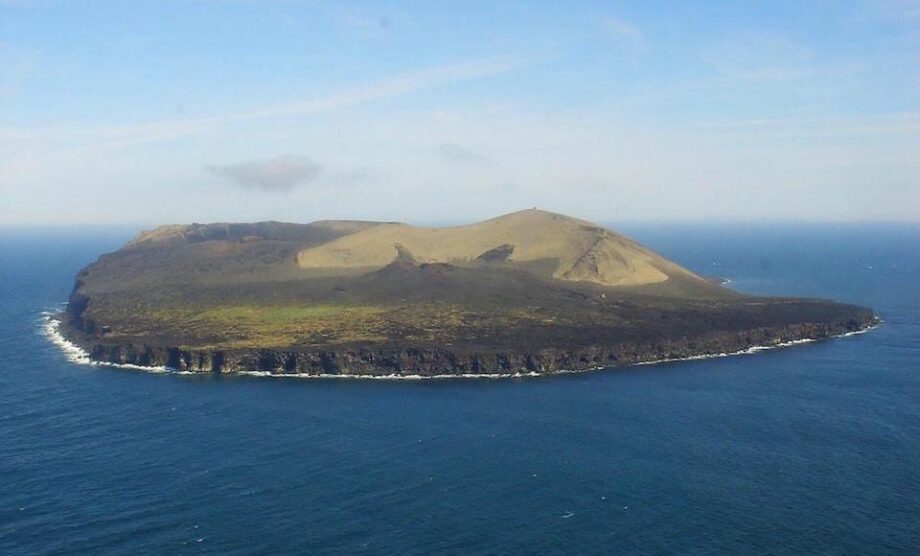 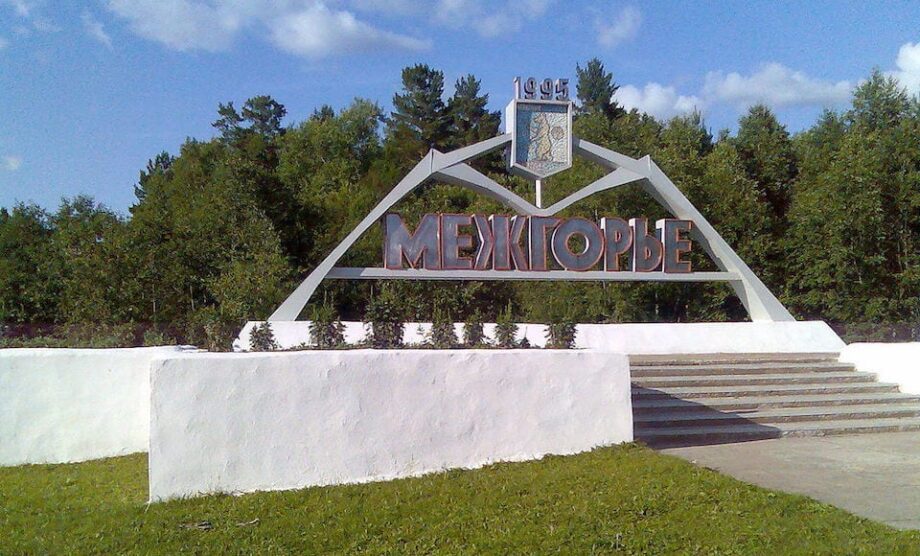 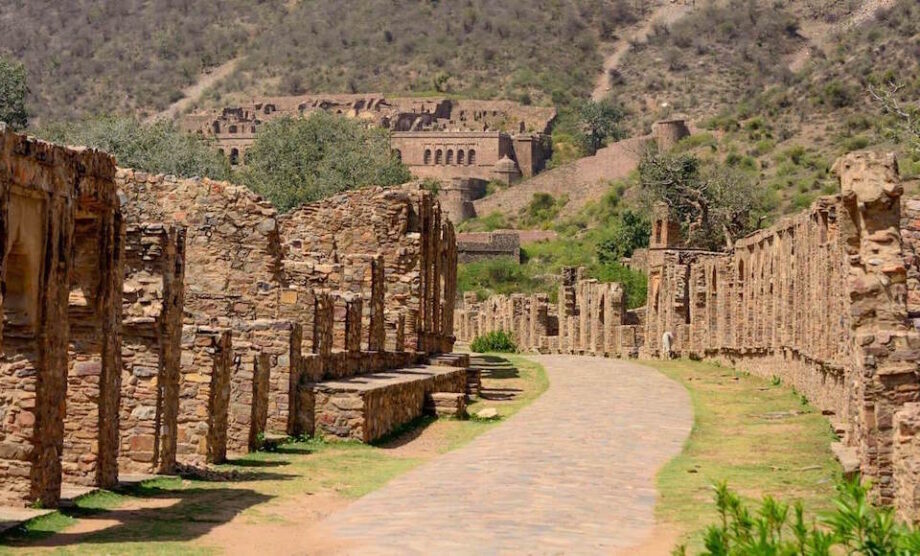 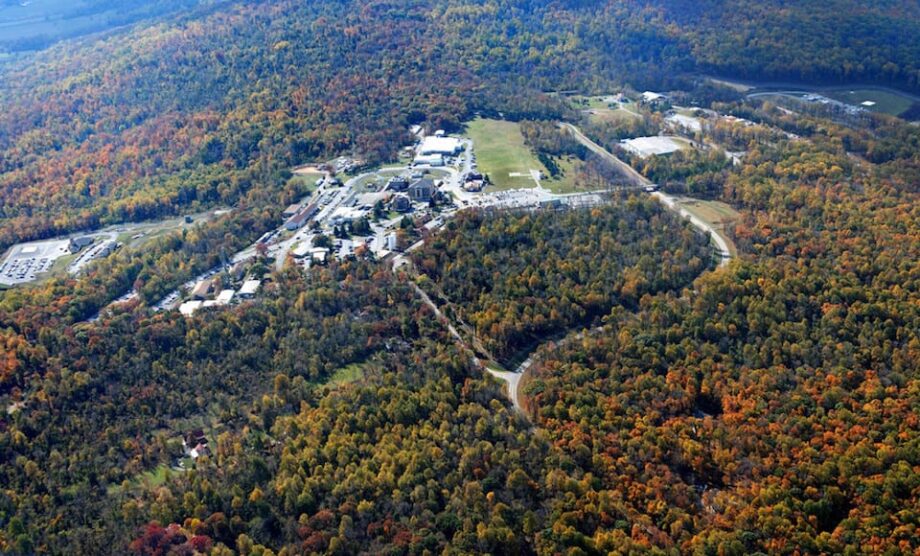 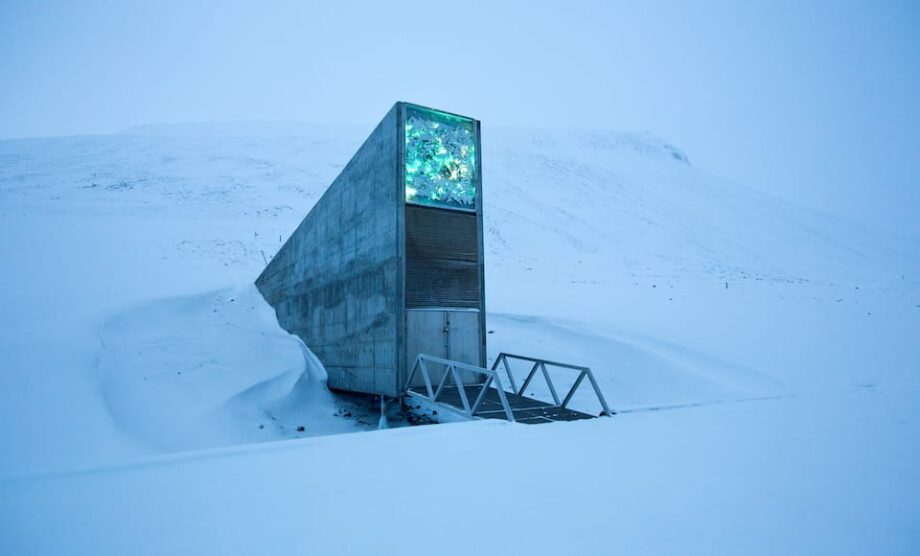