Call him the son of Will or simply the odd kid who never grew out of throwing ambiguous gang signs, there’s no denying that Jaden Smith is fast becoming the next generation of style icon cemented by Hollywood parental royalty and his penchant for rocking threads that are…out there.

In his latest efforts Smith Jr. finds himself at Paris Fashion Week alongside Father Prince himself. Whilst dad’s wardrobe was rather restrained at the fashion showings which included Louis Vuitton, Jaden opted for a more louder ensemble, pairing his bleached ‘Slim Shady’ cut with an inextricably pricey LV coat emblazoned with the iconic print alongside electric blue LV tracksuit pants and chunky signet rings – three of them to be exact.

Whilst there’s no exact definition to Jaden’s quirky style, it can be considered in the same cluster of ultra luxe streetwear often tried by people like A$AP Rocky and Lewis Hamilton to slightly better effect. Jaden’s denim ensemble meanwhile is slightly more in line with his persona, with floral blue and orange graphics mixed in with a black hoodie worn under a denim jacket – rainbow embroidery on one arm mandatory. It’s very Pharrell Williams, but just not quite there yet.

In time young Jedi. In time. 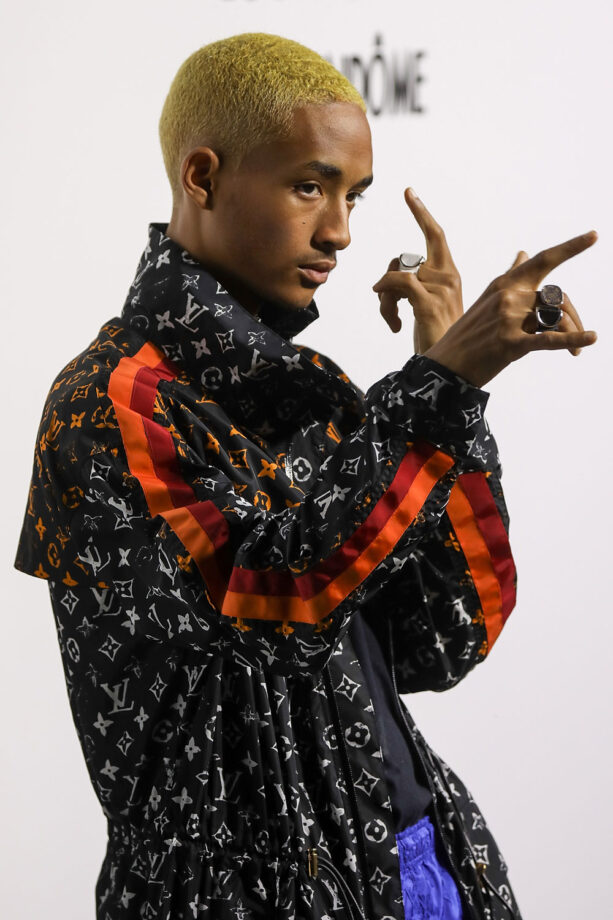 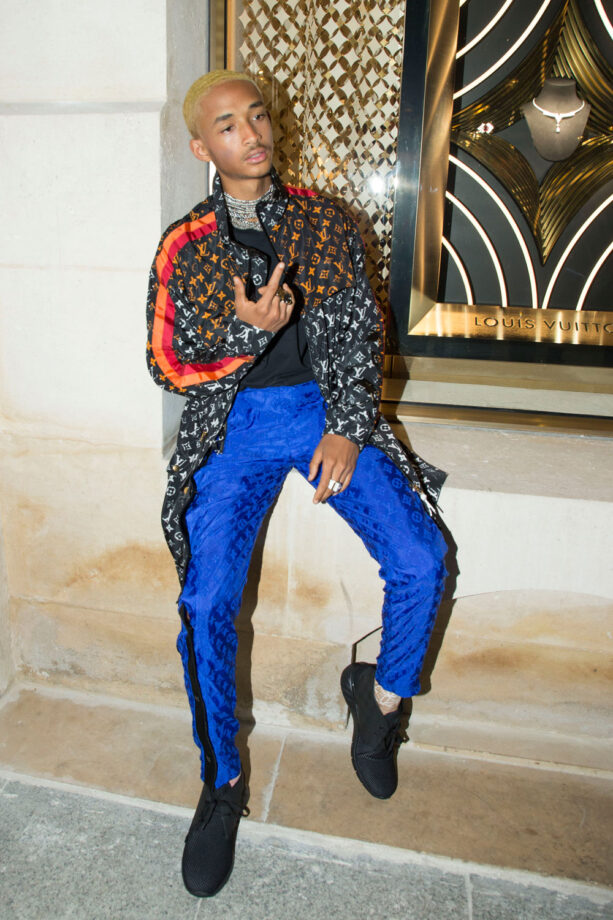 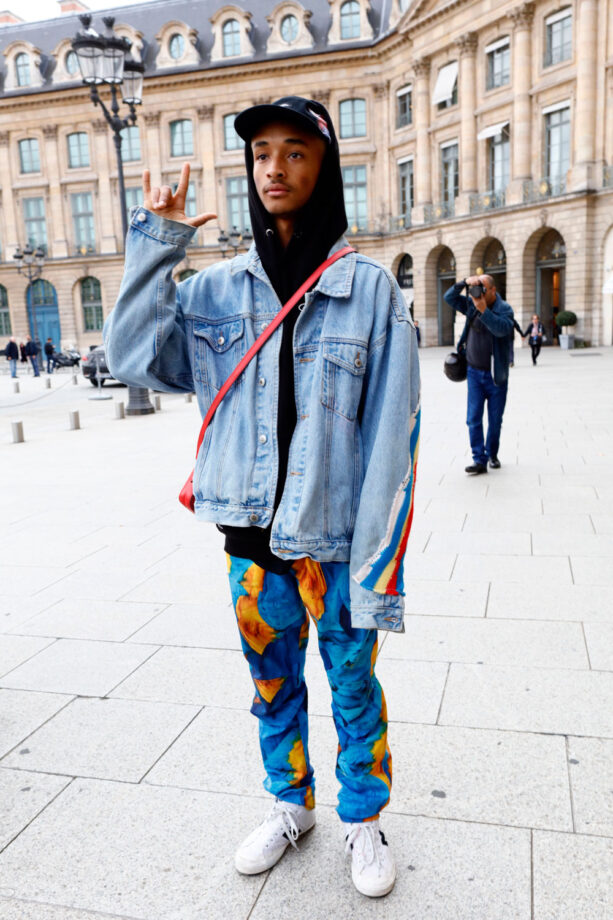 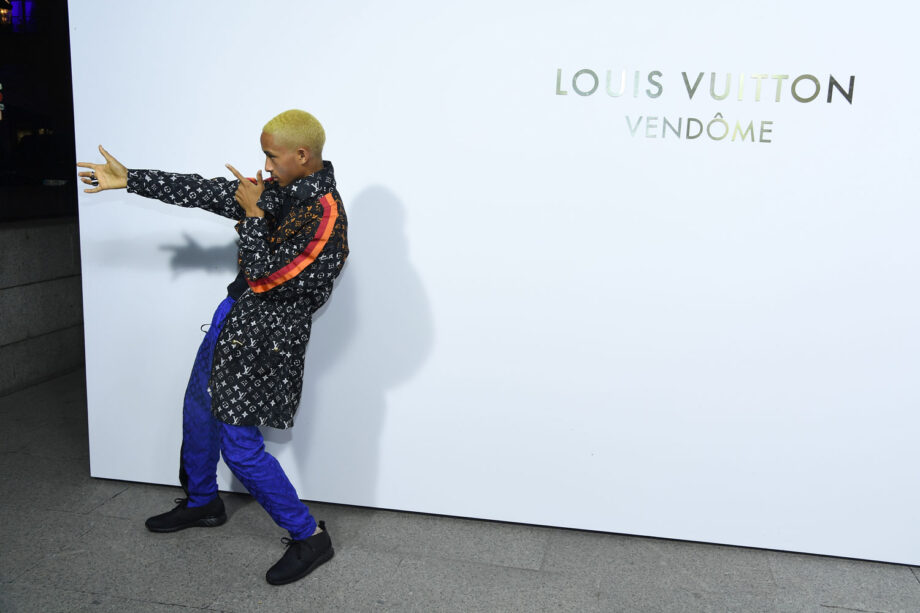