Celebrities so often make bold, head-turning style choices. They’re rich & famous, so they can get away with it more often than not. One man who has consistently chosen to push the boundaries of fashion is rockstar turned award-winning actor, Jared Leto.

We’ve documented Dallas Buyers Club star’s outfits many a time here at D’Marge, and his latest is more than worthy of a mention. That’s because Leto turned up at Milan Fashion Week on January the 14th 2020 wearing head-to-toe Gucci. Conveniently, he rocked his full designer outfit at the Gucci Fall/Winter 2020/21 show, and he’s an ambassador for the luxury Italian brand, so it’s no wonder we were treated to an all-out Gucci-fest. 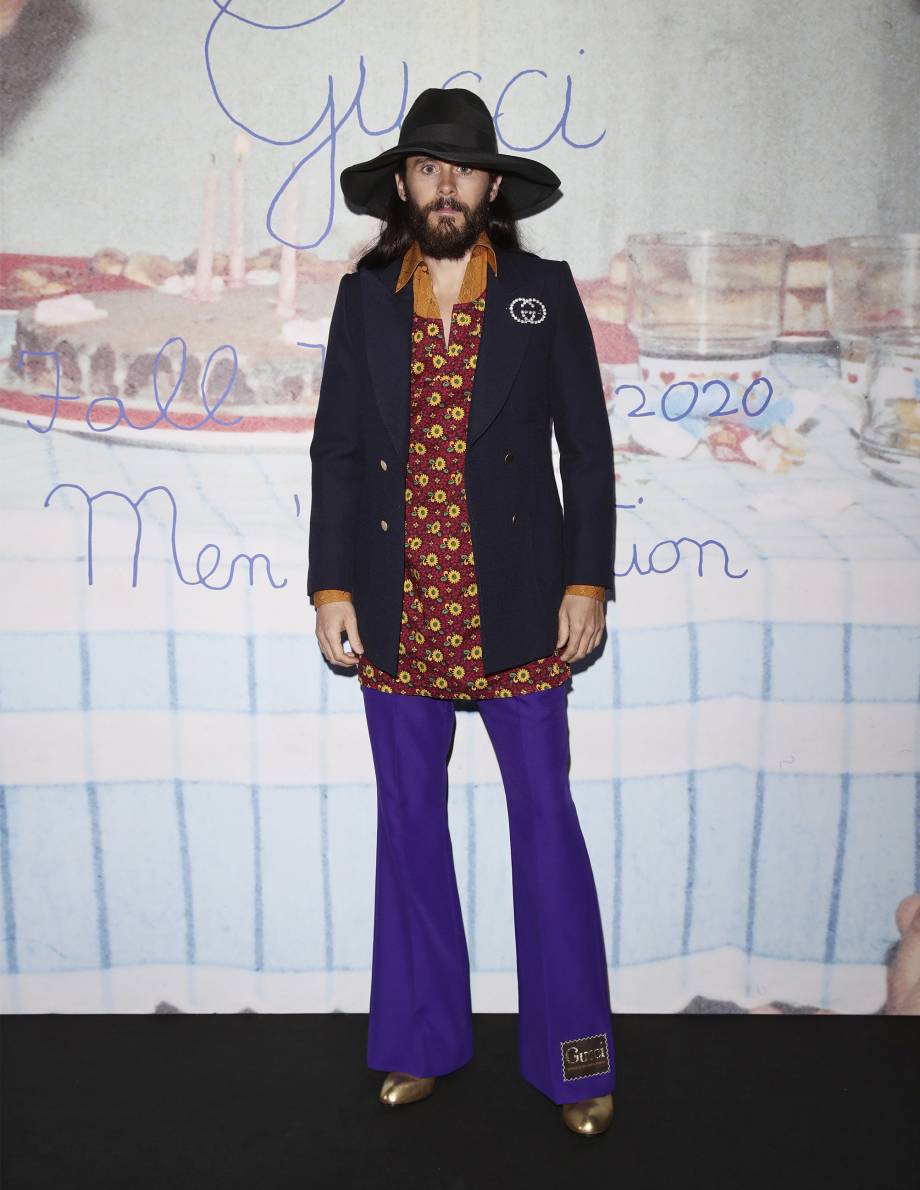 Leto’s outfit comprises a red and yellow floral print shirt that will surely have hipsters everywhere salivating at the mouth, bright purple flares, and a navy blazer that wouldn’t look out of place in your mother-in-law’s closet – you can find a similar one here for US$2,700. He finishes it off with a black wide-brimmed hat and gold boots.

If anything, Jared’s outfit is a little more reserved than some of the pieces we’ve seen him wear in the past but is an indication as to Gucci’s upcoming fall/winter line, which comprises bold colours, prints and a heavy influence from the school playground.

Following his opinion-dividing portrayal of the Joker in DC Comics’ Suicide Squad, Leto is now set to play Morbius, the Living Vampire, a comic-book character from the Marvel Universe. The film is scheduled to be released at the end of July 2020.