Would you expect any less? Of course not. This is Jeff Goldblum‘s universe and you, my friend, are merely a spectator. On today’s wardrobe safari? Zebra pants.

If there was evidence that the Goldblum isn’t close to letting up on his style icon duties just yet, this would be it. The 65-year-old actor was spotted in Los Angeles alongside his wife rocking his signature mod-rocker leather jacket and fedora hat fittingly paired to an African safari print Hawaiian shirt. It was the bottom which truly dazzled onlookers though.

The pants appear to be denim in style and cut which which played well with Goldblum’s fresh looking chelsea boots. This wouldn’t be the first time that the Independence Day actor toyed with zebra print though.

As one of the hardest patterns to wear and look good in menswear, Goldblum has already trialled zebra-print dress shoes and socks.

Not to be forgotten of course is the man’s watch – a elegantly appointed Cartier Tank which exudes as much class and character as the man himself.

Enough chit-chat though. Hit the gallery to see some of the most daring bottoms worn by some of today’s most famous men. 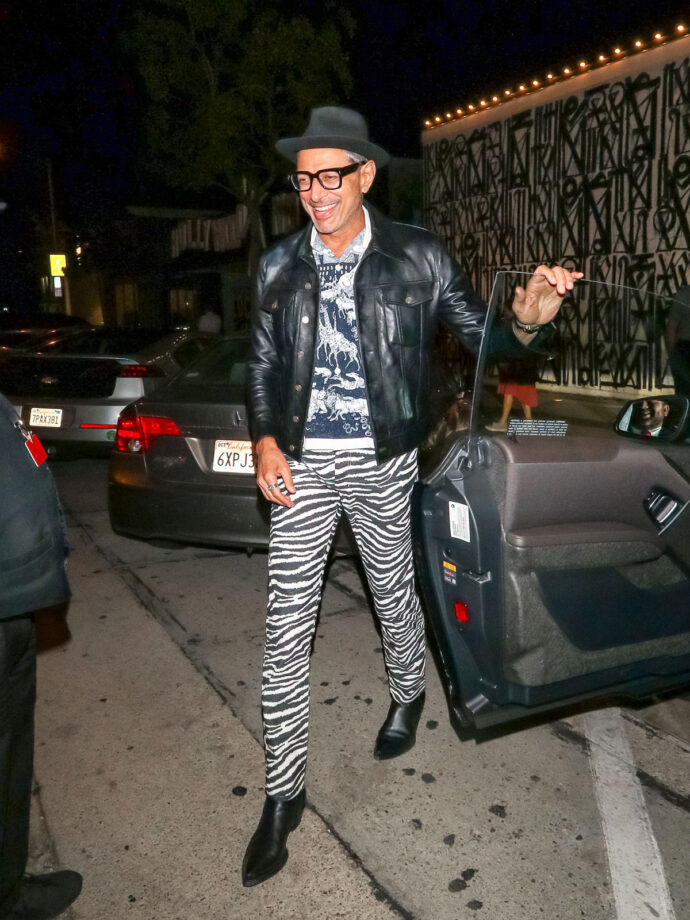 1/5
Jeff Goldblum leads the way with his attention-grabbing zebra pants. 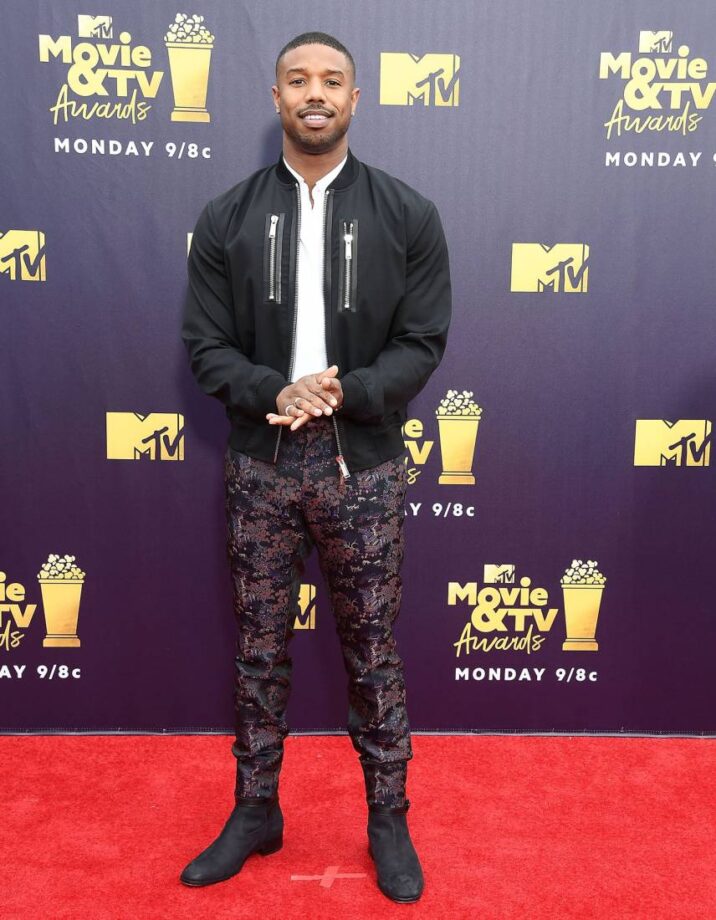 2/5
Michael B. Jordan dabbled in a bit of florals earlier this year for a subtle 'look at me' look. 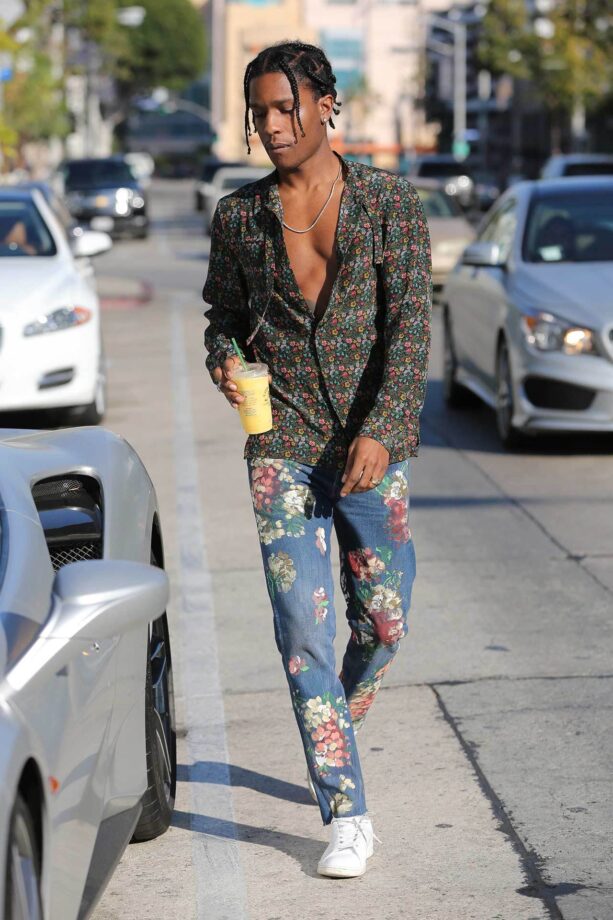 3/5
Rapper A$AP Rocky rocking the Gucci floral denim to add a bit of flair and character to his weekend look. 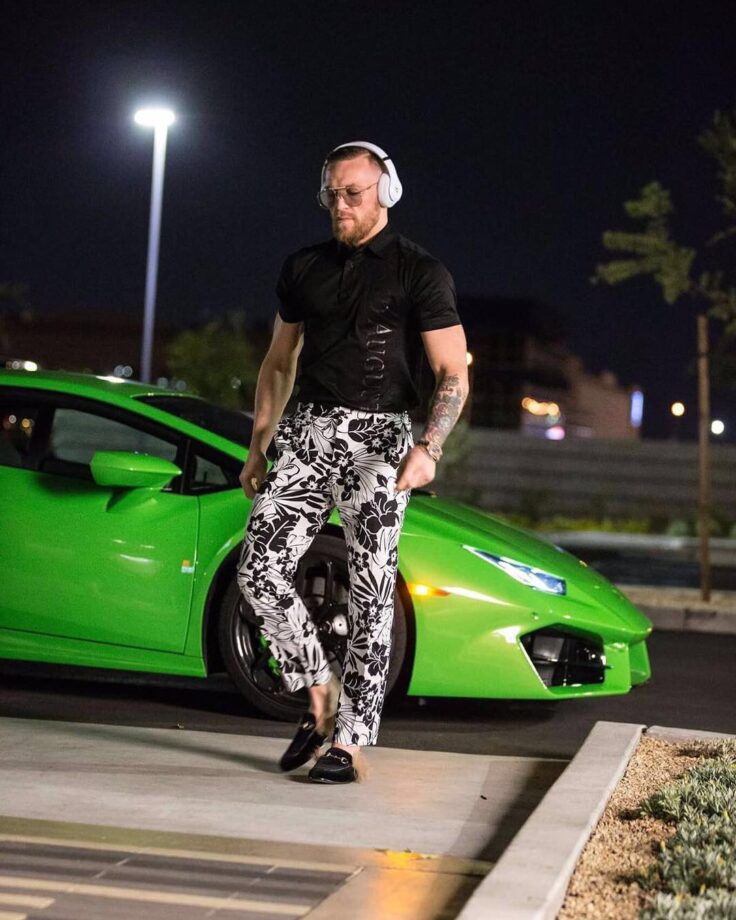 4/5
And we can't forget about the true purveyor of zany pants, Conor McGregor. 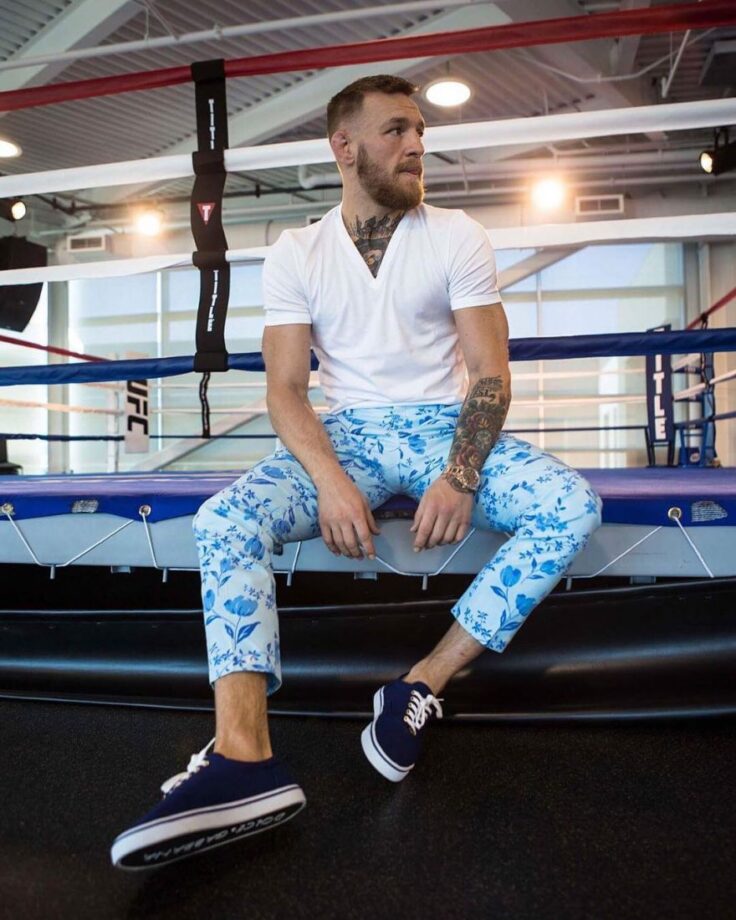 5/5
From monochrome to loud, nothing is off limits for this human billboard.