The missing headphone jack has dominated most of the media chatter around the iPhone 7, but it’s not the only potential problem for the phone’s latest update.

The internet has been collectively drooling over the new jet black iPhone 7 (which, along with a matte black option, marks the first time the iPhone is being offered in two black colours). Apple is stoking the fires with a seriously sexy description on its website:

“The high-gloss jet black finish was achieved through a new feat of design engineering — a remarkably precise, nine-step process of anodization and polishing. The end result is so purely and continuously black, you can’t tell where the aluminum ends and the glass begins. The dark side, indeed.”

Unfortunately, the very thing that makes this such a covetable gadget could also be its downfall. A writer for The Verge took the time to do what no Apple enthusiast ever does – read the fine print – and found a disappointing footnote.

“The high-gloss finish of the jet black iPhone 7 is achieved through a precision nine-step anodization and polishing process. Its surface is equally as hard as other anodized Apple products,” reads the warning. “However, its high shine may show fine micro-abrasions with use. If you are concerned about this, we suggest you use one of the many cases available to protect your iPhone.”

So in other words, if you’ve been frothing for a shiny black iPhone and aren’t a fan of scratches, you’ll have to cover it with a case so you can’t see your shiny black iPhone anyway. The glossy surface is probably also a magnet for fingerprints, though that’s an easier fix.

It’s by no means an apocalyptic problem, but if you’re laying down the big bucks for a trendy colour, you might as well know what you’re getting into. Scratching doesn’t appear to be an issue for the matte black phone, so accident-prone users may want to settle for that option instead. 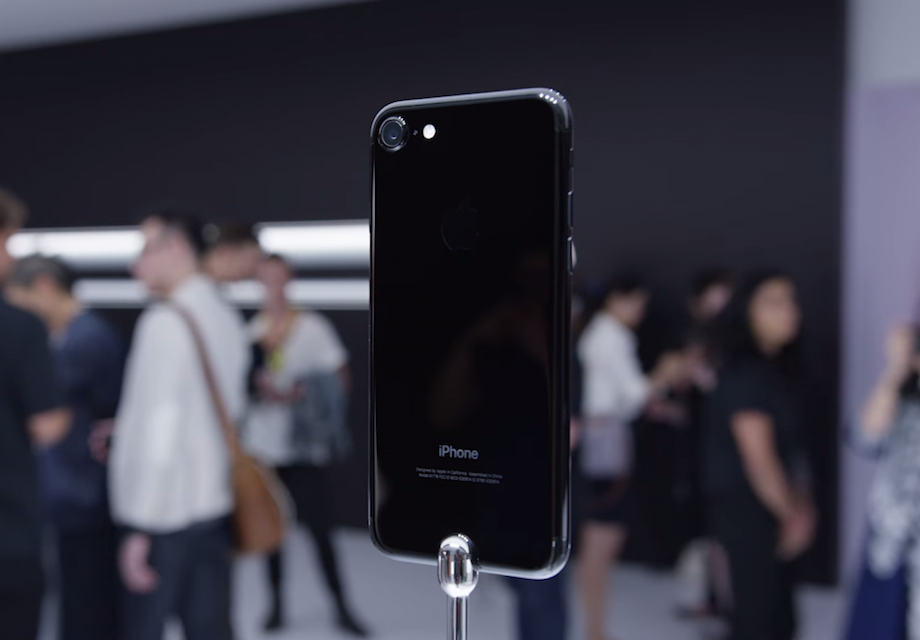