Is he hiding from prying eyes? Is he shoe horning his own clothing line? No one really knows but it’s an odd phenomenon when Canadian pop star Justin Bieber steps out of the gym with his head drooped down whilst wearing one of the brightest hoodies you could ever imagine.

That’s what happened this week in Los Angeles when Bieber was spotted on two separate occasions trying to slide under the radar.

His success rate was naturally ill-fated. 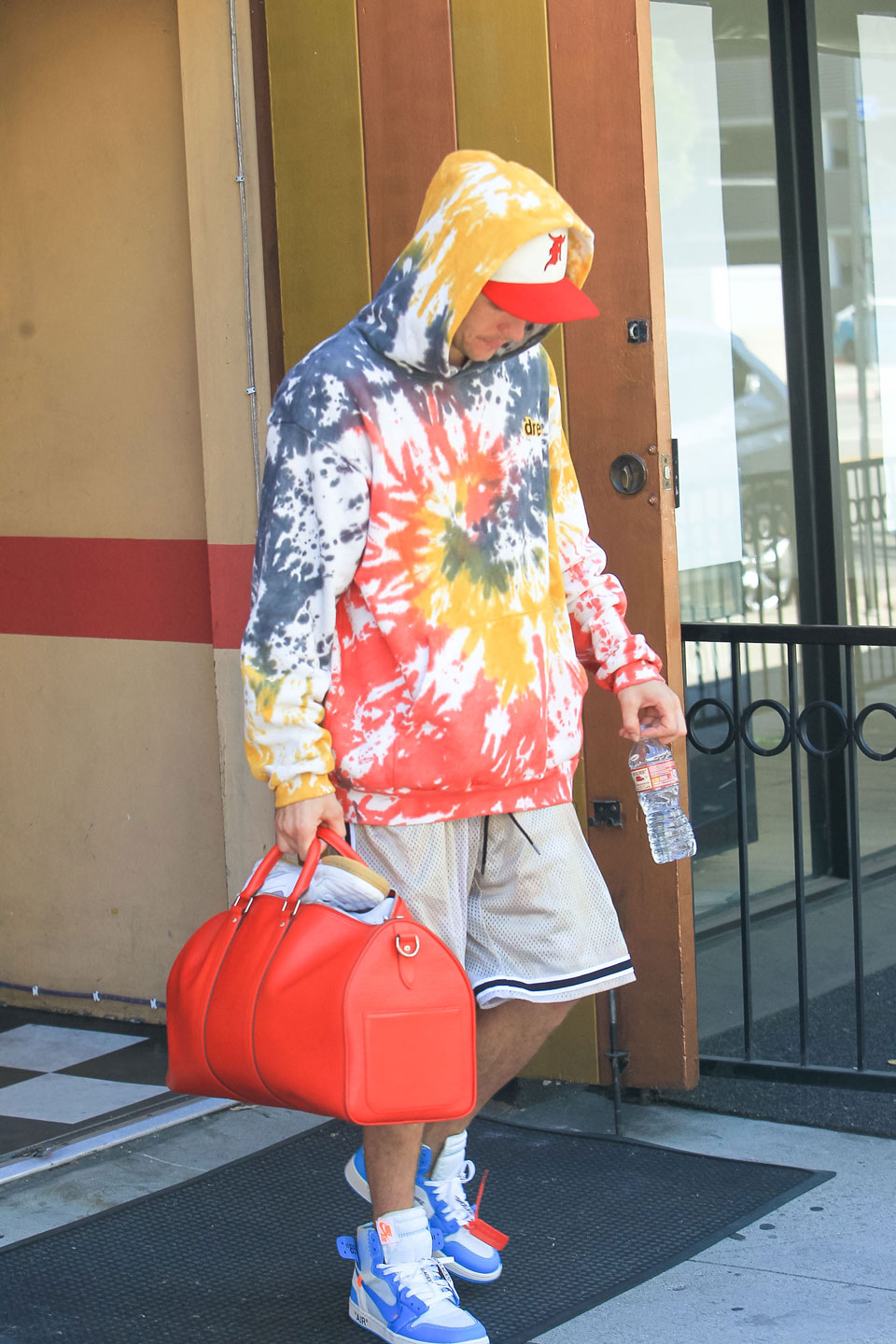 Decked out in a Drew House hoodie under Bieber’s own label, the look consisted of generous splashes of red, blue and yellow over a baggy white canvas with a small Drew House logo. Think your first art piece before you learnt how to use a brush.

Here’s a closer look at the bag which is now discontinued and features a large Supreme logo on one side. 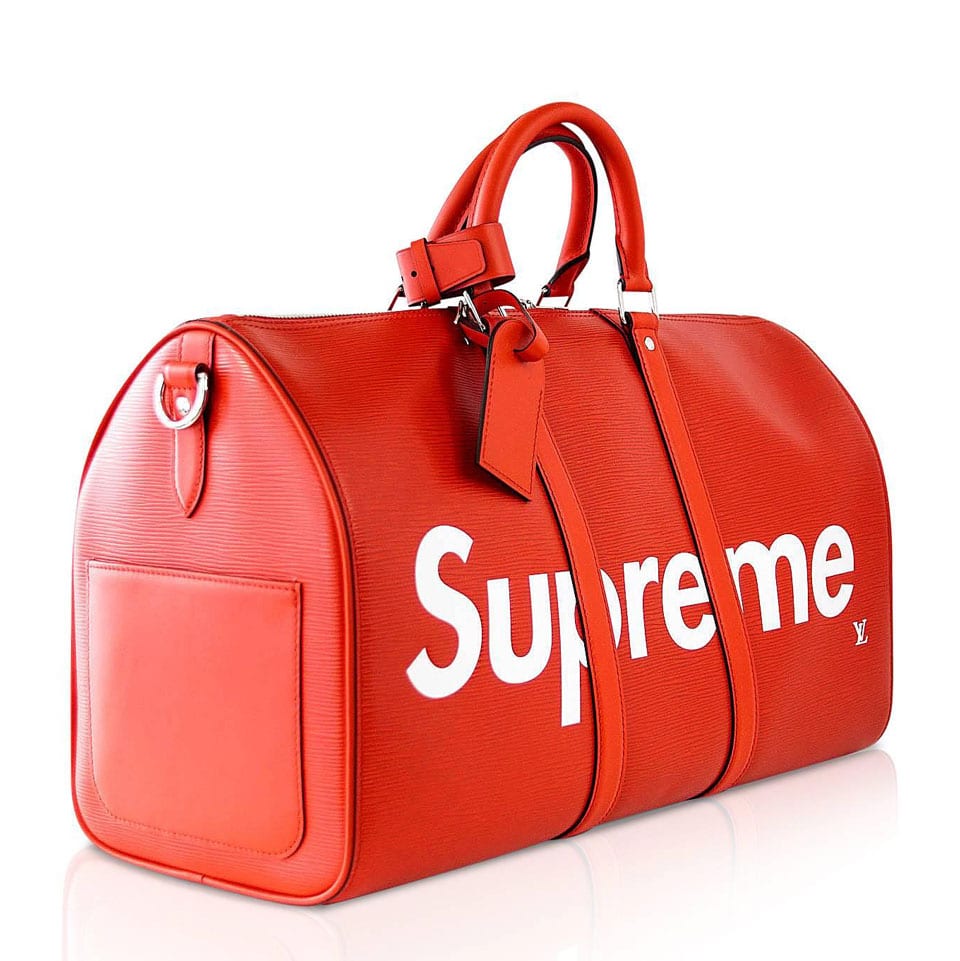 Just a day earlier Bieber was again out and about in Los Angeles but this time rocking the yellow Drew House hoodie with brown Champion shorts and white gum-soled sneakers. 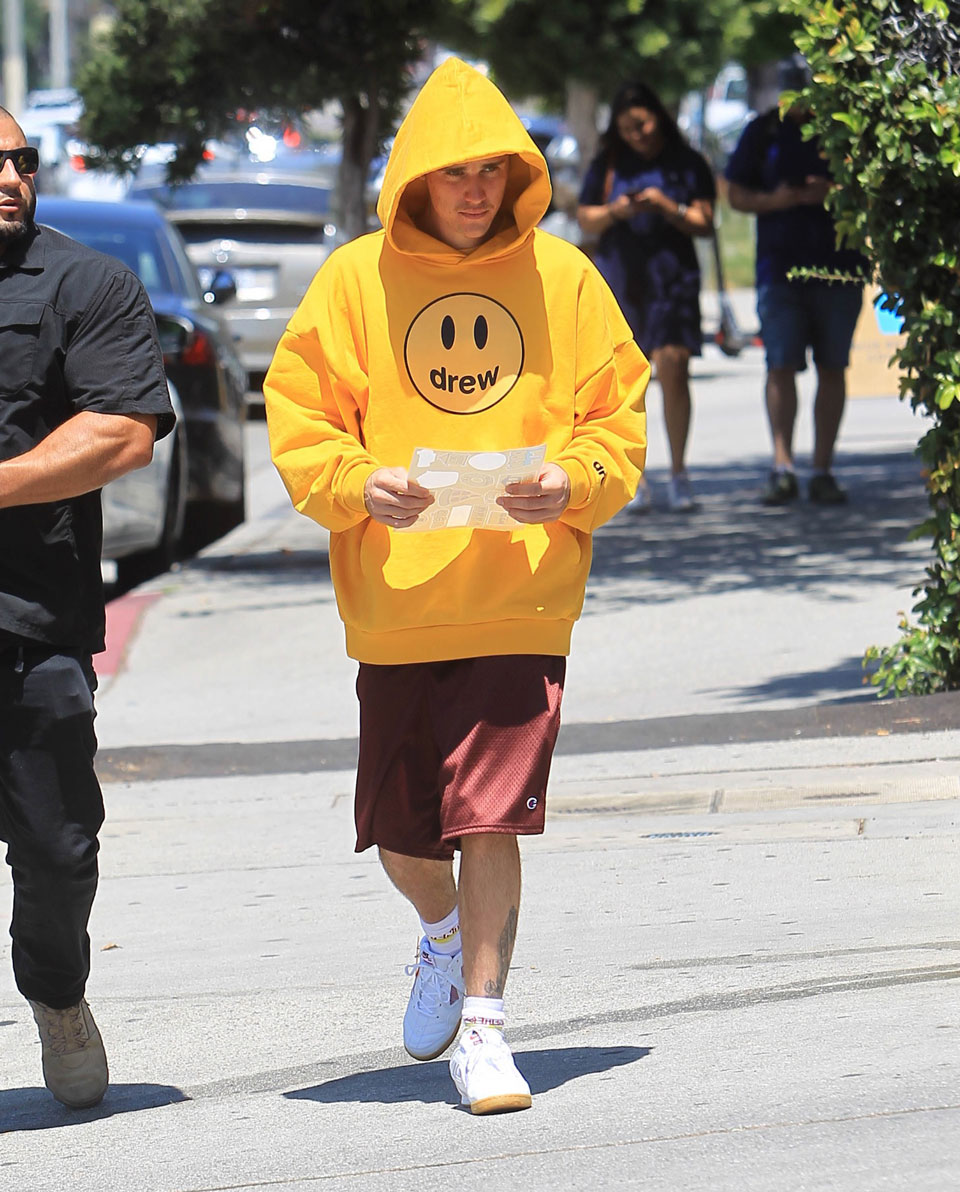 Keen to follow in Bieber’s wardrobe ways? We suppose it should be noted that it’s mainly a millennial thing bar the bag, sneakers and shorts. The bio for Drew House on their site says it all.

“drew house is a place where you can be yourself.
blah blah blah blahsdbksjdfhl wear like you don’t care. come chill. k. bye.”