Brand synergy, when done right, can be a winning exercise. The fashion world has known this for decades, with every section of the market – from sneaker brands to grand couturiers – reaching out to collaborate with different brands, artists and celebrities. Adidas’ collaboration with Kanye West for example has netted them millions in profit, and Louis Vuitton continues to innovate with collections such as their capsule with Virgil Abloh and Nigo.

Watch brands are no strangers to the odd collaboration, too. The 2003 Snoopy Speedmaster has fast become one of the most desirable Omegas in recent memory, and IWC’s new Portugieser Yacht Club Chronograph Edition “Orlebar Brown” demonstrates that the appetite for brand partnership in the watch world is as strong as ever.

Jaeger-LeCoultre, one of the world’s most respected watch manufacturers, has upped the ante, having announced a three-way partnership with online luxury retailer MR PORTER and upcoming spy film The King’s Man – The Master Ultra Thin Kingsman Knife Watch. 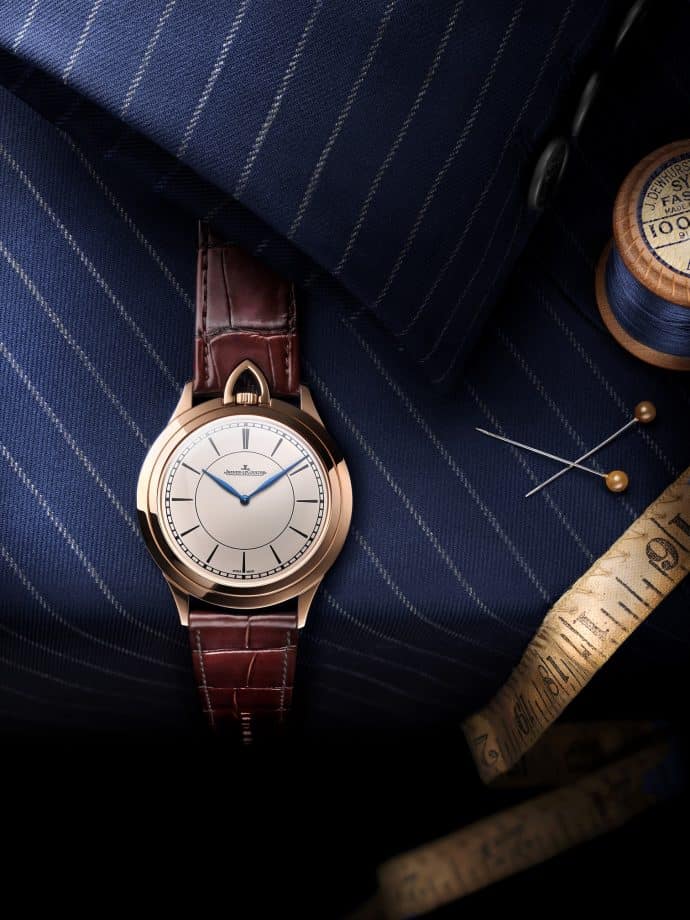 This stunning ultra-thin model is not only a beautiful timepiece in its own right, but an exceptionally creative collaboration that underscores the aesthetic strengths of each brand.

JLC has drawn upon its great history of making trend-setting, technologically superlative ultra thin calibres to develop a new timepiece directly inspired by their celebrated 1907 ‘Couteau’ pocket watch. This is reflected in the Master Ultra Thin Knife’s most visually unique feature, its top-mounted crown. Its classic, highly-legible dial is supplemented with a pop of colour from its subtle blue feuille hands.

In a tribute to the film’s narrative, the case-back of the watch has been engraved with the Kingsman logo, as well as the legend, and is presented in a specially designed Kingsman sleeve box. In an eloquent expression of the Kingsman maxim and iconic series quote “Manner Maketh Man”, the Master Ultra Thin Knife is the perfect gentleman’s timepiece; not only functional but supremely elegant. 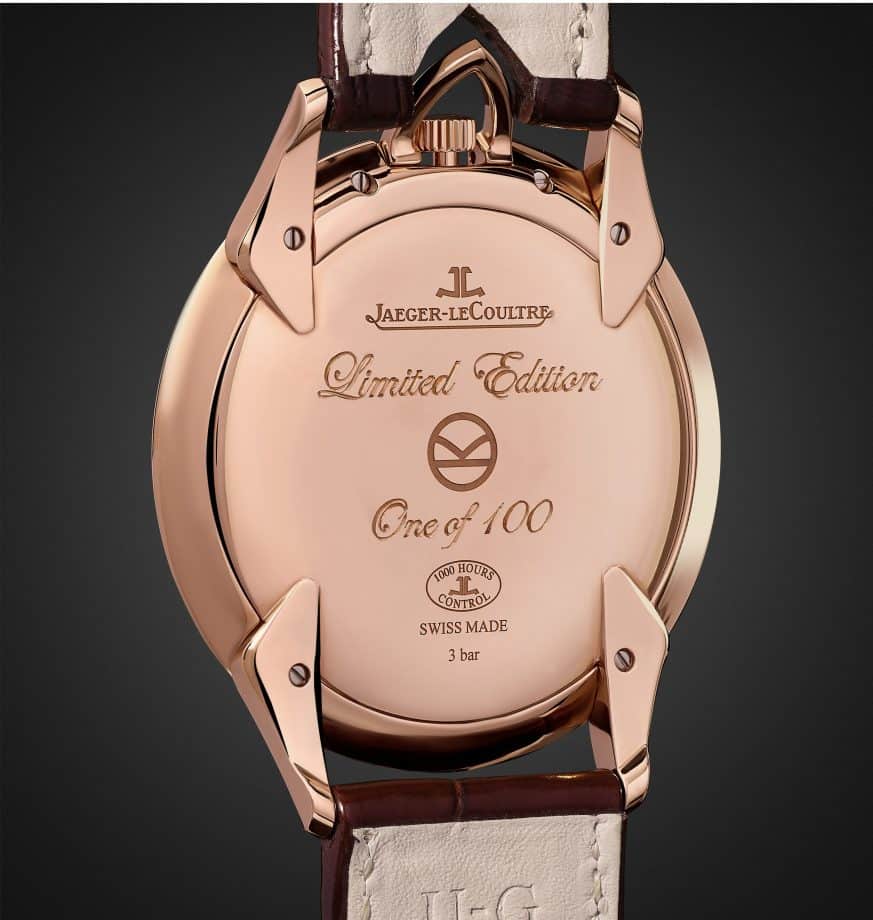 The King’s Man, the third film in the popular Kingsman franchise, is a prequel set during the turn of the twentieth century starring Ralph Fiennes. Ahead of its September release, British men’s retailer MR PORTER has created a special collection inspired by Ms Arianne Phillips’ costume design for the Kingsman films, with JLC’s Master Ultra Thin Knife as its crowning glory.

Only 100 units of the limited edition Master Ultra Thin Knife will be produced and will be available exclusively on MR PORTER as a key part of The King’s Man co-created ‘costume to collection’ range.

The collection features Kingsman original pieces modelled off outfits worn by the franchise’s characters as well as collaborations with other brands including Turnbull & Asser, George Cleverley, Deakin & Francis, Drake’s and more. Focusing on high-quality materials and formal classics, the Kingsman collection is eye-wateringly British (highly appropriate) and has us incredibly excited for the next film to hit cinemas.

The Master Ultra Thin Knife is due to be released on July 20th, but you can be assured it won’t stick around for long.