It’s often said that there’s only two places in the world to prove a four-wheel drive’s worth. The dunes of Dubai and Australia’s red centre where the finest granules are hellbent on penetrating every crevice of an unassuming motor vehicle.

For the purpose of convenience, we headed to the latter along with Land Rover’s latest Discovery model to find out if it really had the chops to roll around town in comfort before proving Mother Nature wrong in a real world off-road environment.

So, is the fancy new Disco up for the job? Let’s talk British style and versatility in 2017.

When Land Rover told us they were going to try something different by shipping twenty fresh Discovery models into the desert of the Northern Territory, the question that registered was simply, ‘Why?’

It’s a darned great length to test a four-wheel-drive when in most cases a short cruise around town would suffice before hitting a makeshift off-road course somewhere close by.

As we’d soon find out though, the Land Rover name is about more than just ticking boxes. It’s about experiencing the Discovery’s most potent capabilities in the natural environment it was built for – engine-clogging sand, wild shrubs sharp enough to puncture tyres, flat highways of nothingness, suspension-bending dirt mounds, a man-made river crossing, an endlessly rugged fire trail, 45 degree descents and the great Australian outback which can see some serious heat during the day and proper cold snaps at dusk.

Under The Fresh Skin

Let’s get this one out of the way first. The latest fifth generation Discovery hasn’t gone soft. It’s simply trying to do the multi-tasking thing better than its predecessors.

In the real world that means a host of modern creature comforts on the inside which can keep the family occupied for hours on end during those long haul rides where deserting the ankle-biters can seem like a pretty good idea. Fortunately you won’t need to.

The latest model comes with 9 USB ports, a hidden centre storage console capable of holding 4 iPads, a Wi-Fi hotspot which can support 8 devices, plush heated leather seating and enough room for up to 7 adults across three rows, the latter of which comes with an intelligent seat folding system so that the SUV’s cabin space can be configured to any driver’s lifestyle.

Finer details like a fold-down rear panel capable of supporting 300kg is also a welcome bonus and helps to elevate the new Discovery a bit more in the user-friendly ranks.

Land Rover have seemingly put a lot of thought into this model and for the active driver, there’s even an optional waterproof wristband which plays the part of keyless entry as you partake in a spot of swimming or surfing.

When it comes time to packing and loading the kids and equipment, an Auto Access Height function can drop the ride height by 40mm on demand to ensure easy entry and exit. It would appear that Land rover have been doing their homework in this department.

The Land Rover moniker has been floating around civilian off-road circles ever since 1978 and during that time it’s built a robust reputation for functionality in a quintessentially British package.

Fast forward to today and that neat little formula has evolved to be more than just a workhorse; it’s now a marriage of surprisingly proper off-road capability and modern creature comforts laced with a hint of luxury DNA from the Range Rover Sport.

That latter part is most evident in the car’s exterior design which finally does away with the Esky box look for a much sleeker silhouette and sharper front fascia. The goal? To gain a wider appeal across the market. And as a pragmatic result, it simply looks better and is generally more suited to 2017.

On the agenda of pulling power Land Rover are offering a choice of three diesel-only engines. Two of those are 2.0-litre four-cylinder engines with 132kW and 177kW whilst a 3.0-litre V6 will top the range with 190kW and 600Nm. Our pick was the V6 variant which made for effortless cruising across various challenging surfaces before reaching any sort of incline. The car felt much lighter to steer and nimbler than what it looks from the outside.

Towing capacity has also improved on the new Discovery which can now haul up to 3.5 tonnes with the 132kW entry model mustering a respectable 3 tonnes. Towing aids come part of this package with an integrated lowering and raising function which makes for easy hooking onto trailers.

Pair that kind of performance with an 85% aluminium body which is 480kg lighter than previous model and you have a pretty formidable package in an unassuming skin.

Those thinking of going for a spot of weekend four-wheel-driving will also be glad to know that there’s a generous wading depth of 900mm alongside special vanes in the bonnet that have been engineered to channel water out of the engine bay shall you venture too deep.

We got to test this feature on the custom Uluru track and the car had no issues playing Moby Dick. Most importantly the cabin remained completely dry and void of crocs.

Civilisation was calling and the dust had finally settled at Uluru. With dusk approaching we popped open the rear hatch and it was instantly evident as to how much engineering and thought has gone into this 2017 Discovery.

A distinguishable line break runs along the boot sill which meets the rubber lining – on outer side, red powder covering almost all of the body paint. On the interior side, nothing. Not even a single red speck. It was as clean as when we had first set foot in the Disco a day and a half earlier.

And it’s this level of attention to detail that Land Rover are beginning to inject into their four-wheel-drives with the new Discovery taking full advantage of this movement.

The ride comfort is exemplary for a car of this nature and it will take on your daily duties in the urban space with ease. When the weekend calls, simply pack away the family (or camping gear if you’re one man wolf pack) and disappear into the bushland.

It’s a good bet you’ll return unscathed and a brand new man with the comfort of knowing your lengthy drive is sorted with a fuel economy ranging from 6.2L – 7.2L/100km across the range.

The only downside? Washing the car and deciding your next adventure. 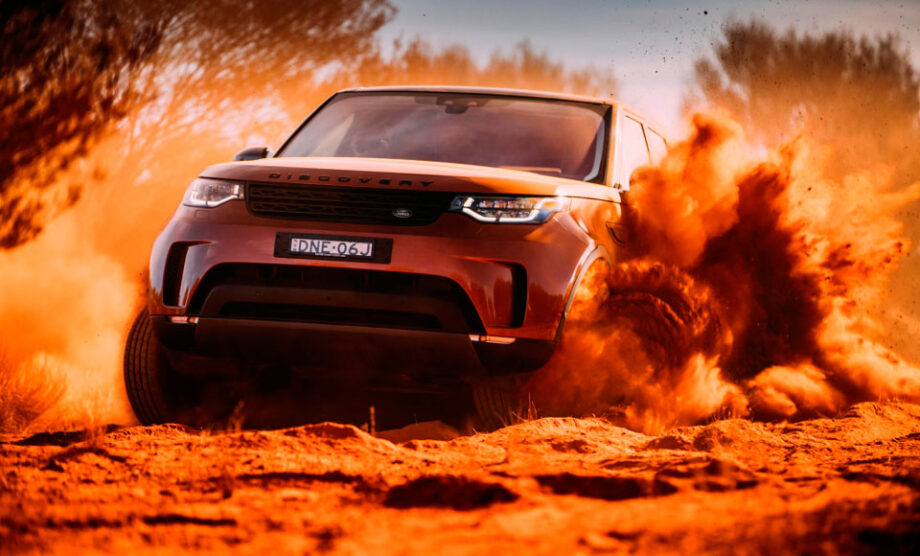 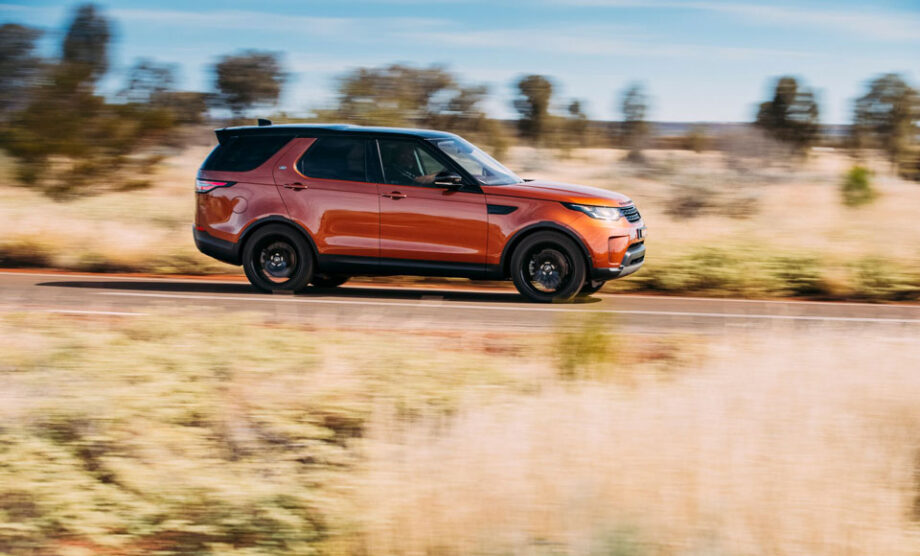 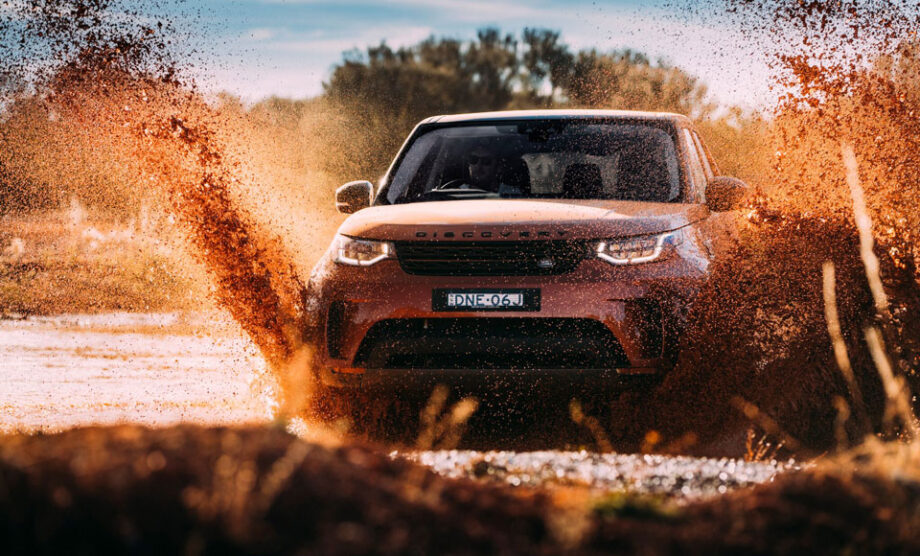 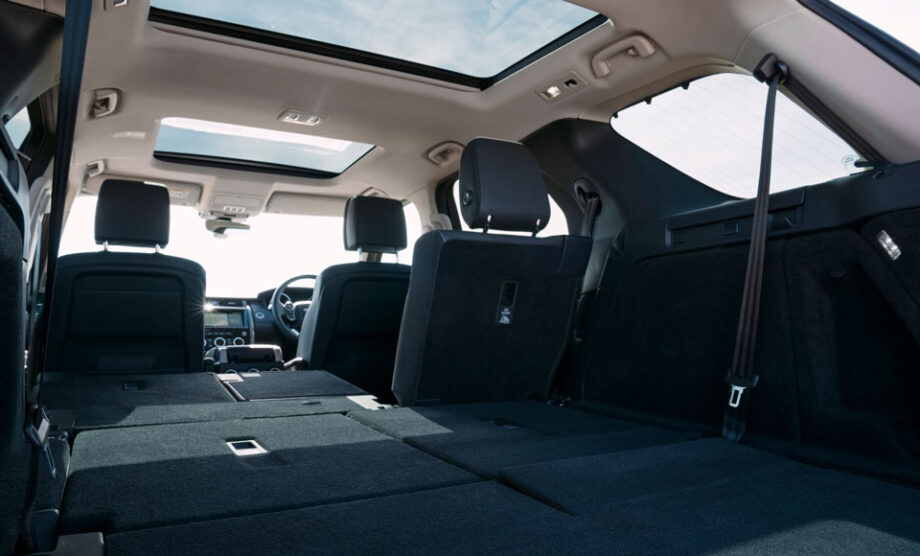 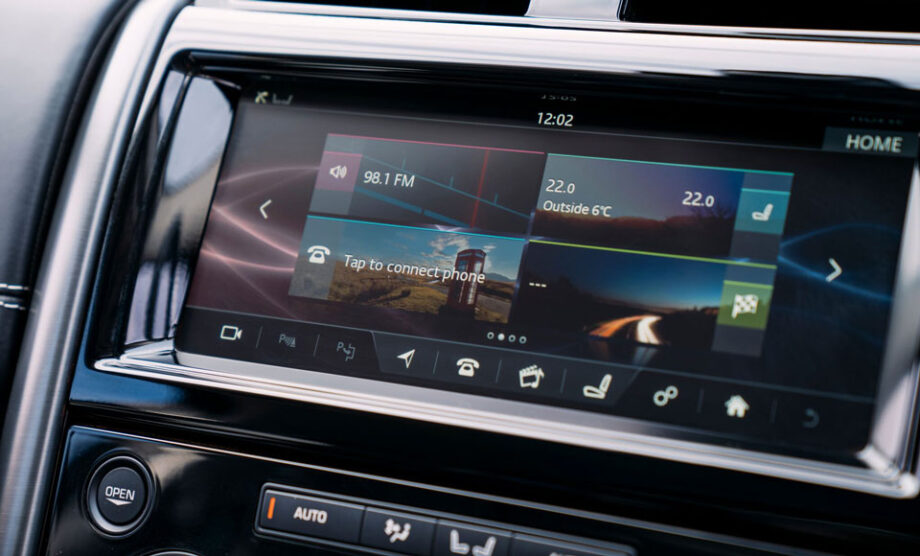 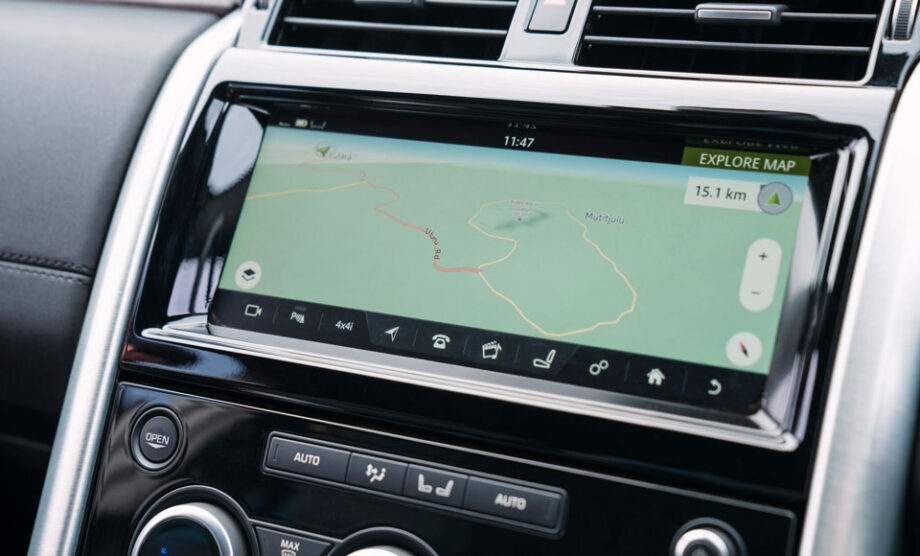 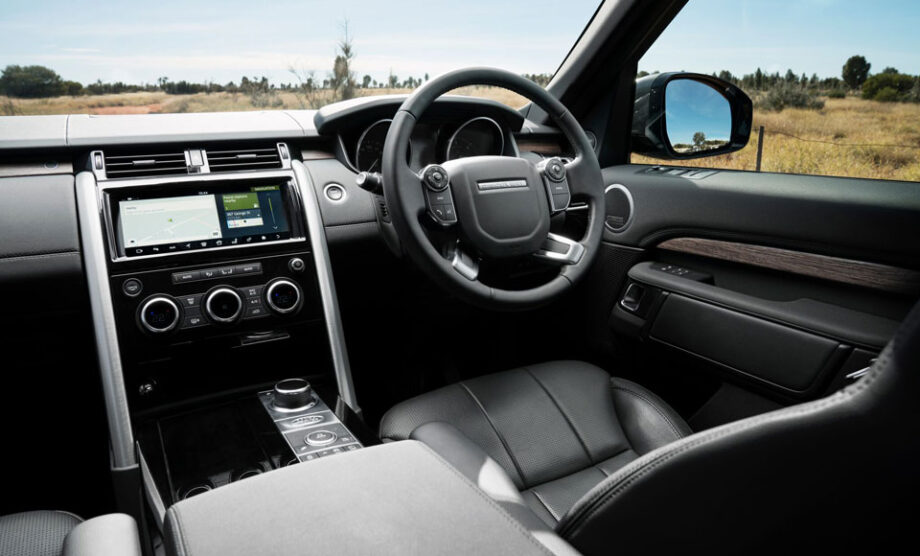 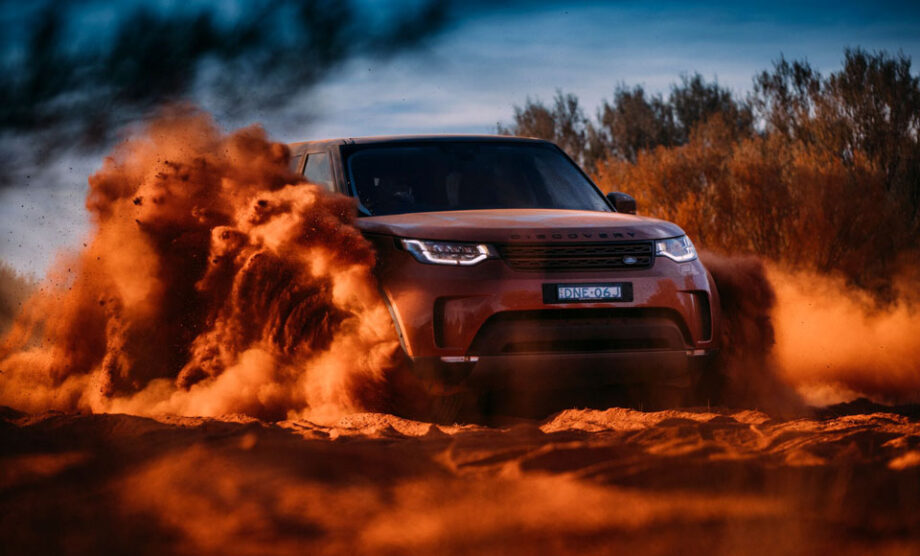