You can’t beat that view. Buckingham Palace and 10 Downing Street are usually London‘s most coveted addresses, but for one night this year, the London Eye ferris wheel was host to the city’s most enviable digs.

Following in the footsteps of Airbnb’s unique temporary pop-up residences, TripAdvisor Rentals and Wayfair teamed up to convert one of the London Eye’s pods into a luxury penthouse for a contest winner and their guest.

“Surrounded by a panorama of the city’s most famous landmarks, this sky-high sleepover promises a night like no other,” read the contest website. “If you think a champagne toast in a London penthouse sounds like a dream come true, imagine cracking open the bubbly 443 feet above the city streets with a 360-degree view.”

Inside, Wayfair created an exotic paradise showcasing one of the year’s key trends – tropical greenery – to contrast the city setting. “Lush green foliage, trailing fairy lights, and tropical touches abound, while a posh bed, luxury linens, and boutique chic décor bring a whole new meaning to sleeping under the stars,” said the contest site. “It’s like a secret rooftop garden—only this one has views of one of the world’s iconic cities from every angle.”

The contest’s lucky winners were Beatriz Gaspar-Perez and her son, who made history by becoming the first-ever people to spend a night in the London Eye.

You can get a glimpse of their swanky aerial digs (and inspiration for your own interiors) in the pictures above and the video below. 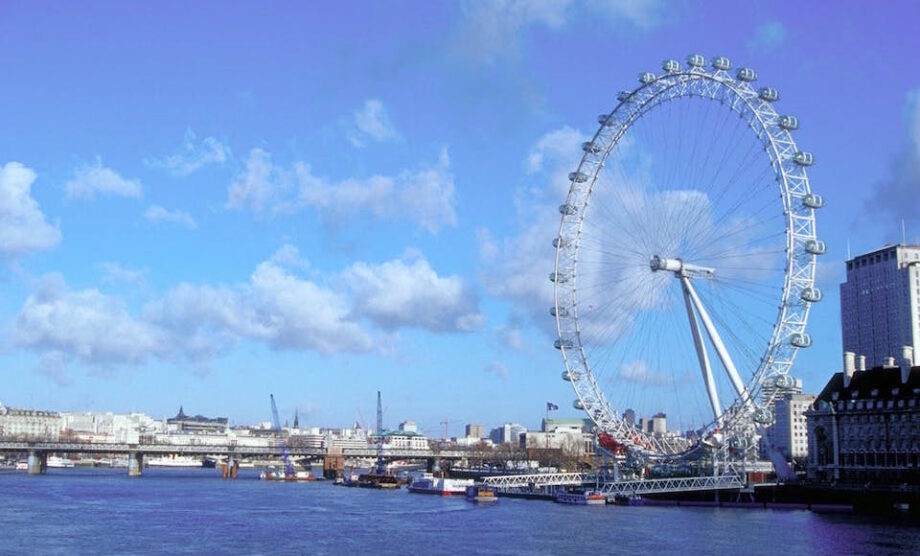 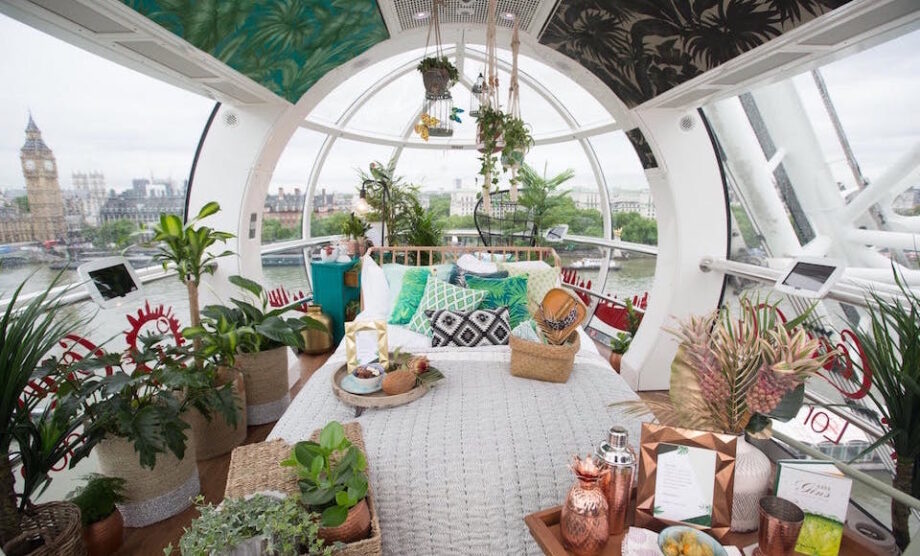 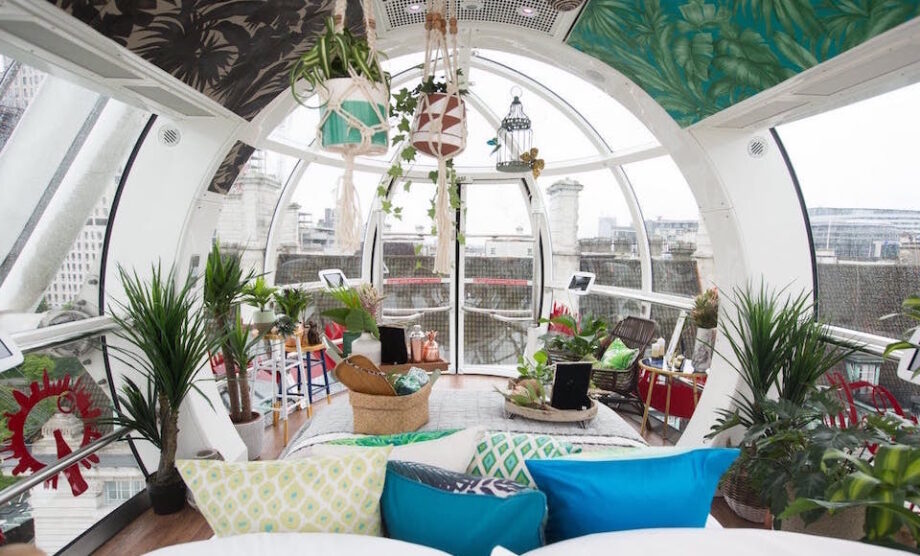 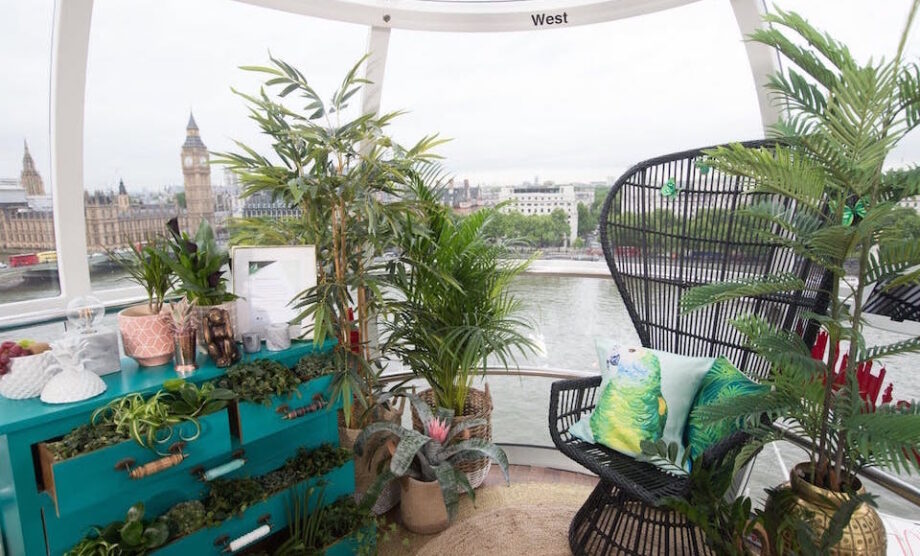 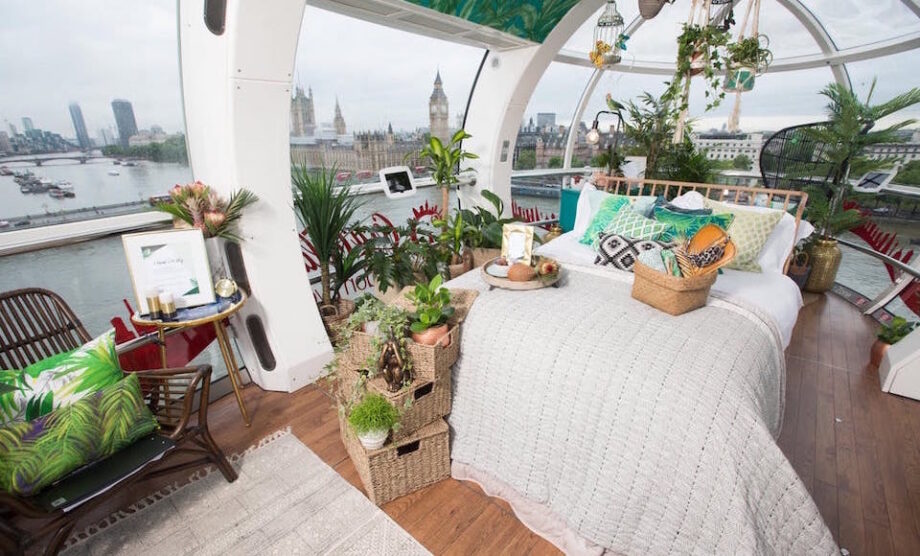 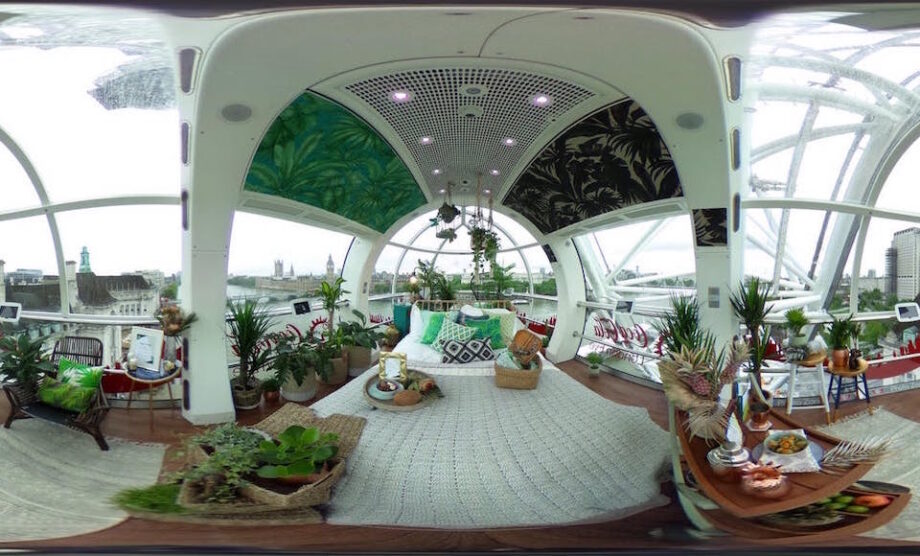