Mahershala Ali is steadily becoming one of those faces you can’t really escape.

The Californian-native is a relative newcomer to Hollywood fame, despite a consistent history of celebrated performance on the silver screen. You probably know him as the perpetually-suited political aide Remy Danton from House of Cards.

But his recent presence in social media can be attributed to an acclaimed performance in Moonlight. Ali copped an Academy Award and Oscar for his acting chops in this film, the latter of which is a historic first – he’s the first Muslim to do so.

Besides his acting, he’s no sartorial slouch. Ali attends awards ceremonies in various iterations of casual and formalwear, and never seems particularly fazed by the changes to the dress code. He looks at home in just about anything. This guide will give you a sense of how he pulls it off and whether it’ll work for you, right after you binge watch the first season of Luke Cage. 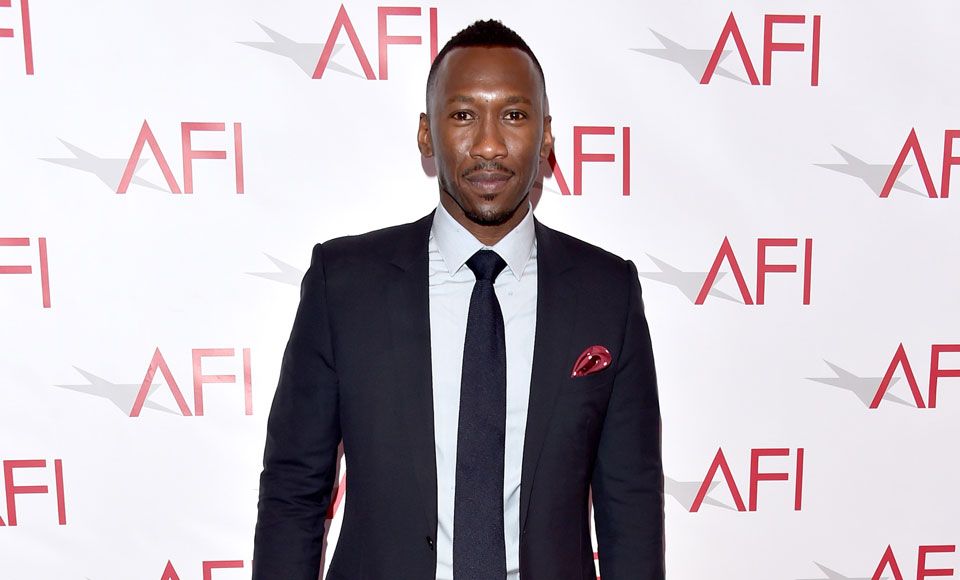 Ali doesn’t indulge follicular extravagance. In almost every appearance on the red-carpet, he’s rocking a high-fade buzzcut, or a complete skin buzzcut.

The closely-buzzed look complements his lean, angular features, and cleans up his appearance even if he’s on the more casual end of the spectrum.

This is a great option for men recovering from the psychological wounds of hair loss, and for guys who resent having to sacrifice precious minutes drying their hair every morning. 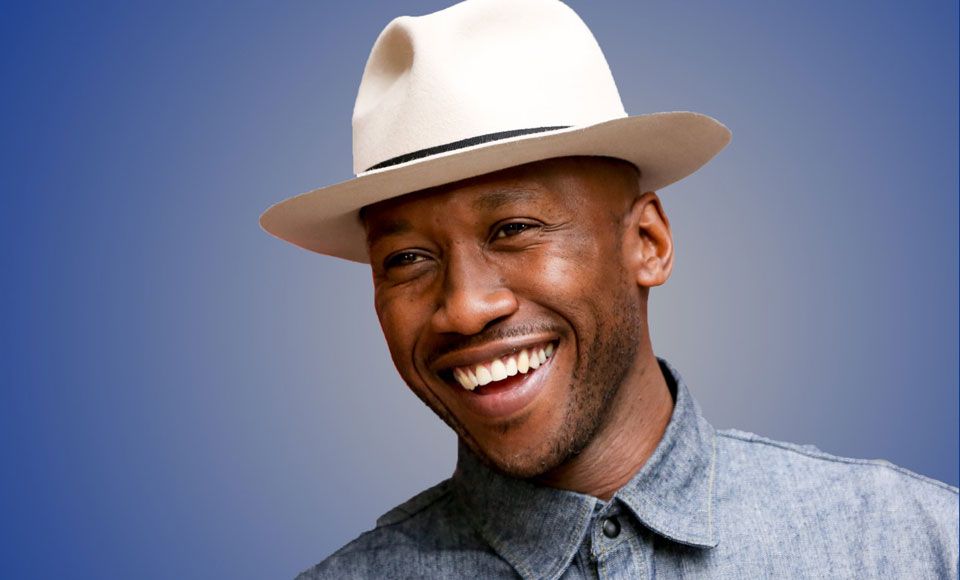 Ali has a habit of finishing off casual outfits with a fedora or broad-brimmed hat. Maybe he’s sun-conscious, or just loves hats, but he manages to make it work.

He’ll usually pair one with a shirt-chino combo, in a contrasting colour. Hats are a tricky, controversial notion for guys. It’s easy to become the ‘hat guy’ everyone secretly suspects is hiding a bald spot; the 30-something bloke who thinks an Akubra is a lifeline back to his younger, more vital days.

Ali is effortlessly cool and thus has no such problems, so maybe win an Oscar before you whip out a Fallenbrokenstreet fedora for every single invitation. Or just wear it as on occasion, if your pomade got lost with your luggage. 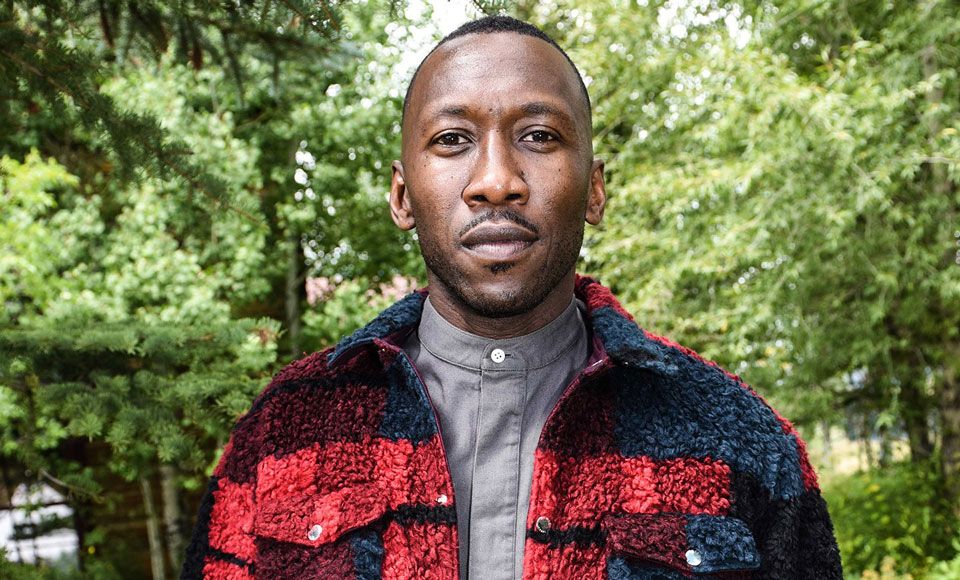 On his casual days, Ali likes to say no to a traditional spread or cutaway and rely on the obscure mandarin collar instead. These shirts are often woven in denim or chambray weaves, and looks mustard with jacket and coat layering.

It’s an uncommon, quirky shirt variation you don’t see everyday, which is precisely why you should give it some thought. Ali normally closes the top button, as is his preference with most collared shirts that he wears without a tie.

Dressing it down with a leather or denim jacket works as easily as a no-tie & jacket look. Not an easy thing to find, but if a movie star has the time to find one, then so do you. 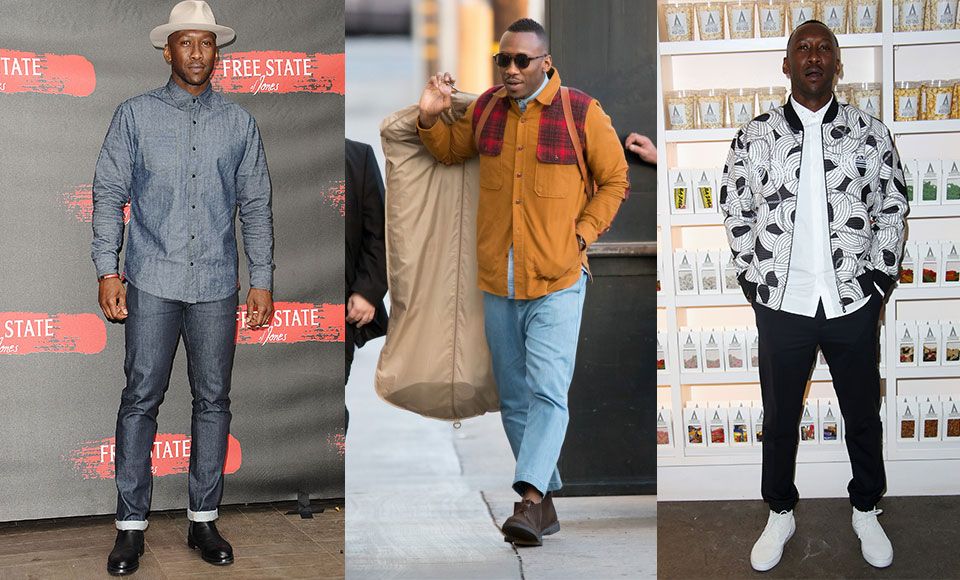 Ali is a denim devotee. He’s one of the few Hollywood heavyweights that can double-up on denim without looking like he just finished a shift as a cattle-herder.

Ali normally opts for a chambray or denim shirt along with jeans, in muted silver or indigo tones which are simple to combine with other colour choices.

The double-denim look might be a bit risky, but don’t turn your nose up at denim just yet. Denim is a durable, hard-wearing weave that never really drops off the sartorial radar. You might not be a cowboy, but a denim shirt to go with chinos is a solid investment. 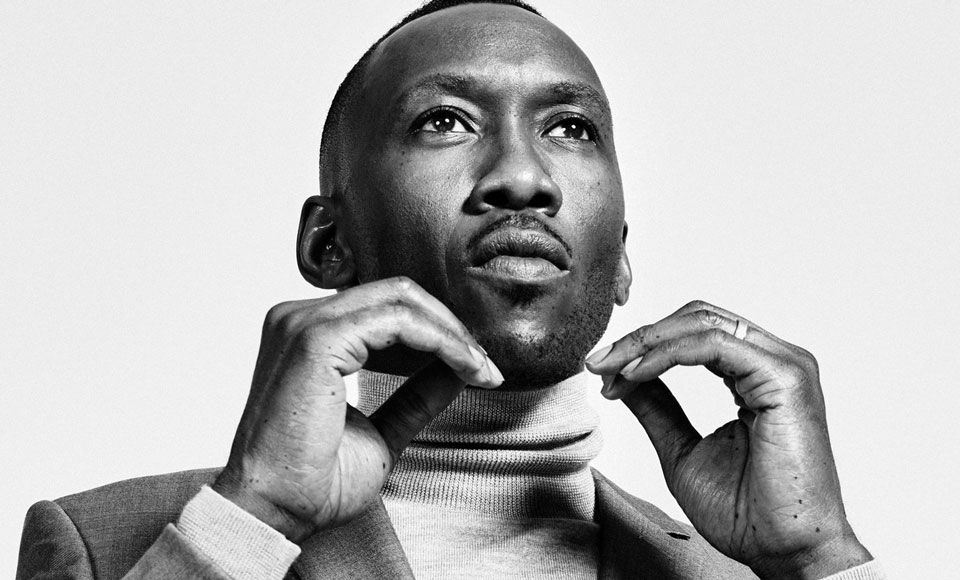 When his white shirts are at the laundromat, Ali likes to swap buttoned-up business style with the more casual turtleneck. Although once the domain of creepy guys and aspiring secret agents, the turtleneck has returned in recent years as a staple for the cooler months.

Ali likes to pair his with business wear, usually wearing black or grey turtlenecks to break up the monochromatic palette of a two-piece suit. A reliable substitute for a shirt and tie, especially on grey days when the additional insulation of wool is an absolute godsend. 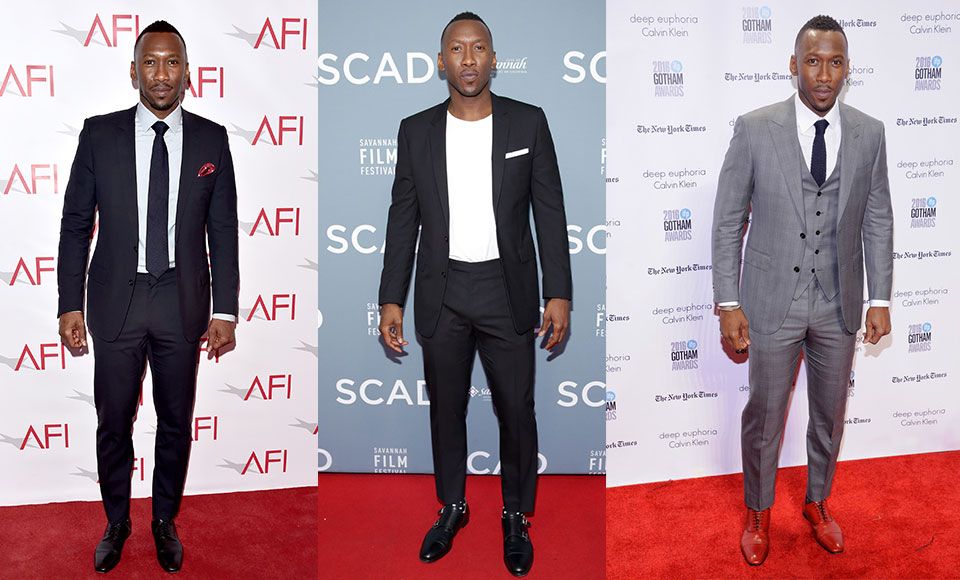 If you’ve seen House of Cards (of course you have) you’d probably think Ali sleeps in a white shirt and navy suit. That’s probably not the case, but it says a great deal about his corporate game. Off screen, Ali’s suiting choices aren’t too far off his screen roles.

The actor prefers monochromatic or two-colour outfits; usually a navy or charcoal suit, a white shirt, and a tie to contrast or complement the suit. I’s value is in simplicity, as it’s an uncomplicated combo. Perfect for guys who want to clean up their boardroom look, and avoid having to think too much about what to wear when it’s 6am and a second coffee isn’t going to cut it. 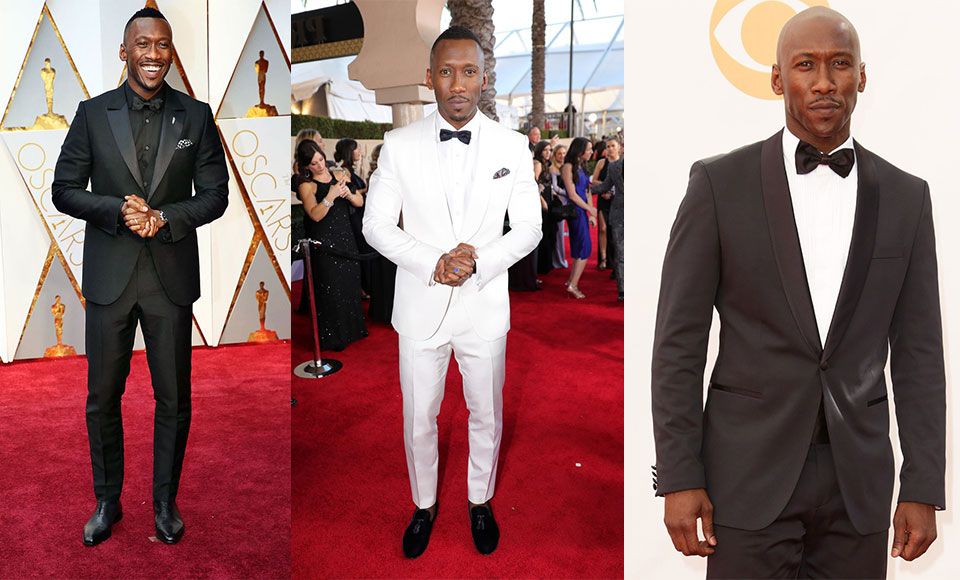 By now, you’ve probably seen Ali’s acceptance speech at the Academy Awards. Besides the highly-deserved achievement, Ali looked absolutely mustard in a Zegna dinner suit that would freeze Sean Connery cold in his tracks. The Best Supporting Actor winner settled on a clean, monochromatic look with a black shirt, tie, and suit.

Even in formalwear, Ali seems to prefer a tailored cut that eliminates excess room in the jacket and trousers, without overcompensating with the skin-tight look doing the rounds at the moment.

Next time you need to ball out, substitute the traditional white tux shirt with a monochromatic, all-black tuxedo combo – the more Zegna the better, even if you aren’t working with a Hollywood bigshot budget.