Maurice Terzini is a man who doesn’t believe in sitting still. Raised from the hard knocks of old school Italy, he is one of Australia’s most successful restauranteurs today armed with a portfolio of the city’s most stylish eateries.

For one day in the year when he’s not pulling an eighty-hour work week, he’s throwing one of Sydney’s biggest New Year’s Day dance parties at his sun-soaked Bondi Icebergs. Much like the day clubs of Vegas, actors like Adrien Brody and Victoria’s Secret models are commonplace but Terzini seems adamant not to be fazed by it.

“We’re not into claiming who the VIPs are and we don’t have a VIP area. As far as we’re concerned everyone’s the same. We get bagged enough for being in Bondi and the Eastern Suburbs. Mate, I grew up a socialist.”

So trendy postcode aside, what is Terzini’s secret to pulling such a glitzy crowd?

“If the product is good and you look after the customer, you’ll have business,” he says.

“I felt Italians were represented in a really negative way here. For me it was about representing young Italians in the Italy I grew up in.”

It may sound naive in the volatile world of hospitality, but one can’t discount the accolades this fashion-forward Sydneysider has accrued over the years in the business. With over nine established haunts under his belt which began with Melbourne’s Caffe e Cucina and extended to Il Bacaro and Otto amongst others, Terzini insists that he is still not yet done. He’s just flown back from Bali where he’s currently working on a new project with a more global appeal.

The roots of such success in a high stakes market begins at an early age. Terzini was born in Melbourne but moved back to his home country of Italy after his parents struggled to assimilate in Australia. This is no sob story though, as it was this point in his life that he was exposed to the “radical left wing Italy” – a time in the late 70s where unadulterated expressionism and the frivolities of the disco era reigned supreme.

Growing up in this environment would be instrumental in helping Terzini understand the roots of his heritage. Unknowingly, it would also form the cornerstone of all his restaurants to date, from the food to the the aesthetics to sounds.

Moving back to Australia in the 80s, a young Terzini was “just the average kid”.

“Very good at sports. Good at waitering,” he says. Picking up glasses and chatting to customers soon became his favourite past time at just thirteen years of age.

And just like any teenager, Terzini didn’t know what he wanted to do with his life so he did whatever came his way. What he did know was that when he was waitering, he was damn good at it and constantly craved for more.

One would suspect that there was an underlying reason for this. As Terzini explains, it was about promoting the Italian culture in a more positive light.

“When I was living in Melbourne after living in Italy, I felt Italians were represented in a really negative way here. For me it was about representing young Italians in the Italy I grew up in.”

The old Italian saying of ‘la dolce vita’ was simply obsolete in Terzini’s mind, along with the whole idea of a pizzeria with photos of Sophia Loren on the wall. He was ready to bring something new to the game without needing to reinvent the wheel.

Opening Caffe e Cucina in the heart of Melbourne in 1998 was his answer. The tiny eatery which seated only thirty was filled with passionate Italian waiters and the constant aroma of fresh coffee.

“It was a small space,” he says. “It was just by default we had small tables.”

Fast forward seventeen years and those small tables are now Terzini’s signature design cue across all of his restaurants. He tells us that he’s not sure if it’s an Italian thing, but it’s certainly a thing that has worked for him.

What has also worked for Terzini appears to be an organic approach to growing a business. It’s no secret that he’s a serial restauranteur who is not content with just one successful establishment out there. Part of this, he admits, is financially driven. But the other part is purely through chance.

“I never wake up in the morning thinking ‘look, this is what we’re aiming to do.’”

“Sometimes it happens by default where we see a spot that’s too good so we decide that we need to do something there. Sometimes we might have a dish which turns into a meal that then turns into a menu, and then we say, ‘that fucking menu’s so good, we need a restaurant for that!'”

It is this conducive ‘go with the flow’ style attitude that has won the respect of the crowds and kept Terzini at the forefront of the local dining scene. The positive feedback from patrons act as a bonus for him to keep pushing the boundaries of a concept he calls “selling a lifestyle”.

“There’s so much competition out there these days that you’d just get eaten alive.”

“I always say for us, our success is we sell more than just F&B (food and beverage). We sell more of a lifestyle. That’s been part of our success. Icebergs isn’t just about food and wine, it’s about a lifestyle of design, art and music.”

So what sound business advice has Terzini got for the restaurant hopefuls out there?

A good concept does not equate to success in this industry. Fresh hopefuls need to know their product and be completely behind it. Time must also be dedicated to finding a good team, understanding your marketplace and pricing things accordingly.

“There needs to be something that sets you outside of the norm while consistency and knowing your numbers is just as important,” he says.

“There’s a lot of young kids out there who rush to open up things but have no idea of the numbers. It wasn’t like when I started. You could get away with a little more. There’s so much competition out there these days that you’d just get eaten alive.”

Given his own words of wisdom, Terzini isn’t immune to the trappings of reality himself. He’s a lot more cautious at his age now and it clearly permeates through his train of thought.

“We’re pretty strict in the sites we find. We don’t just jump on the first site and we really analyse things now,” he says.

“We try to minimise our risks but mate, you don’t know. Touch wood, I’ve never had a restaurant that’s really gone broke. A lot of the gigs I’ve opened are still opened today.”

Terzini attributes all of this to hard work and a good team. He’s proud to reiterate the fact that he’s worked eighty hour a weeks since the age of thirteen. But if everything was to one day go pear-shaped on him?

“I’d just be a waiter, mate. Not a restauranteur. Just a waiter. Sometimes I’m jealous of my staff who are just waiters,” he laughs.

“You finish work when people are waking up. It removes you from the nine-to-five. Simple pleasures.” 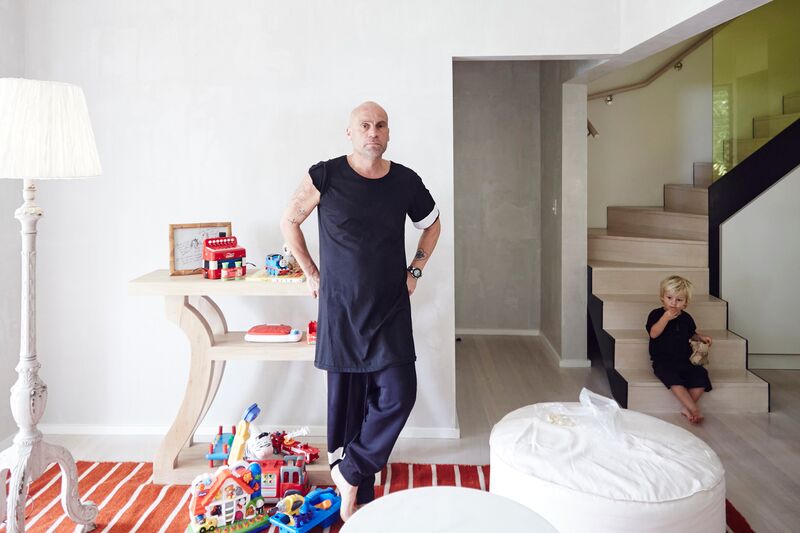 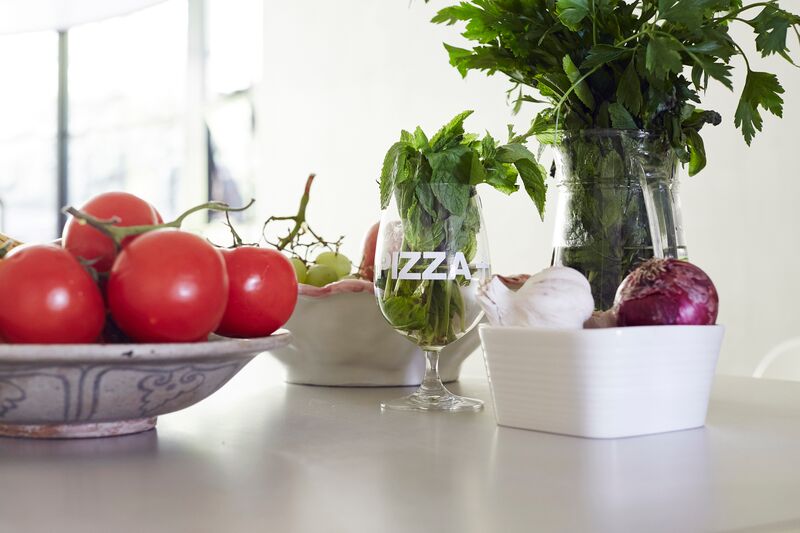 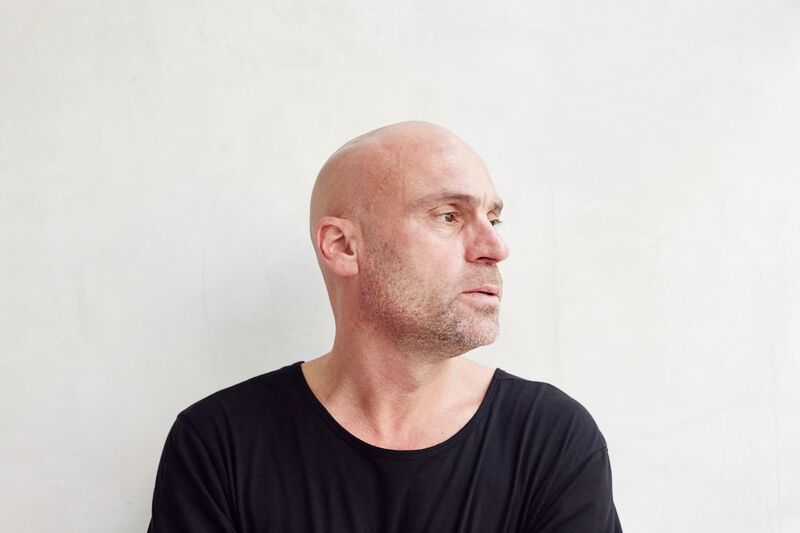 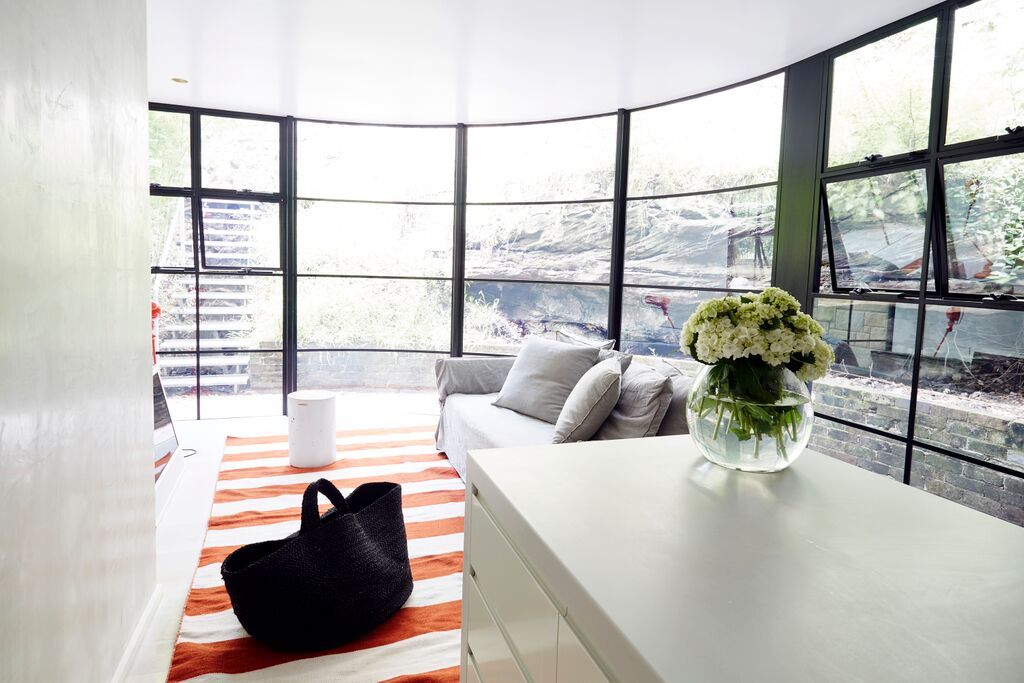 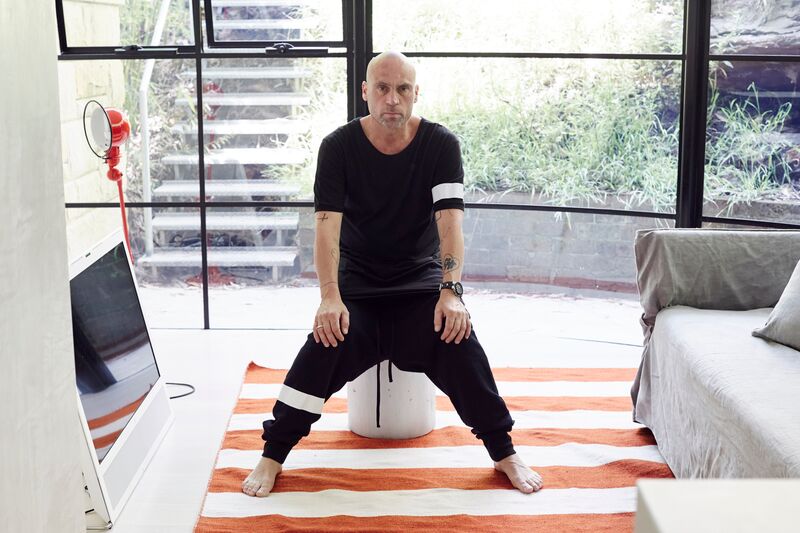 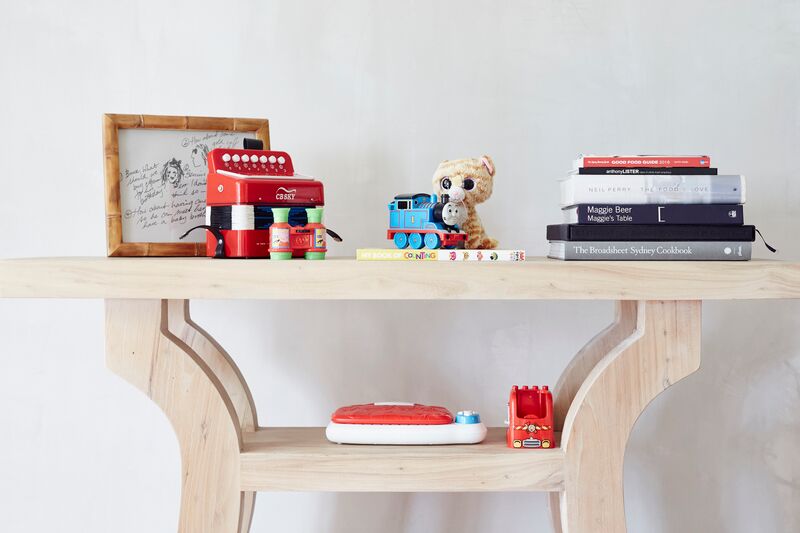 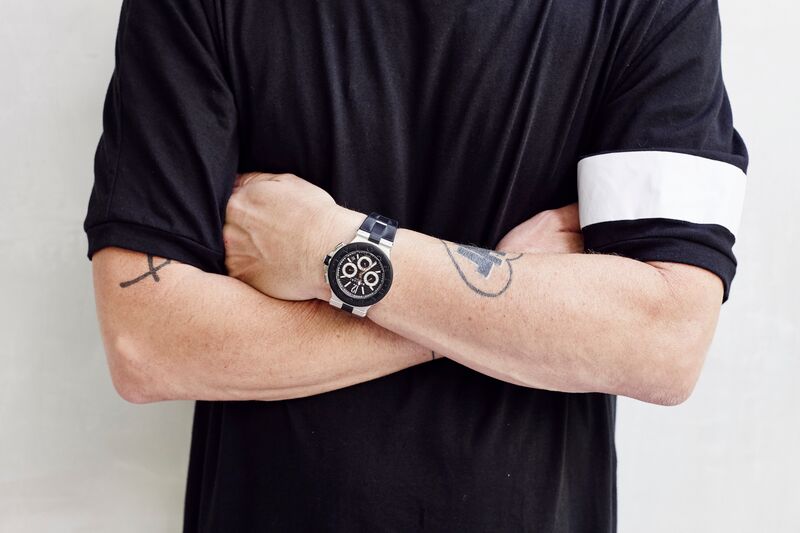 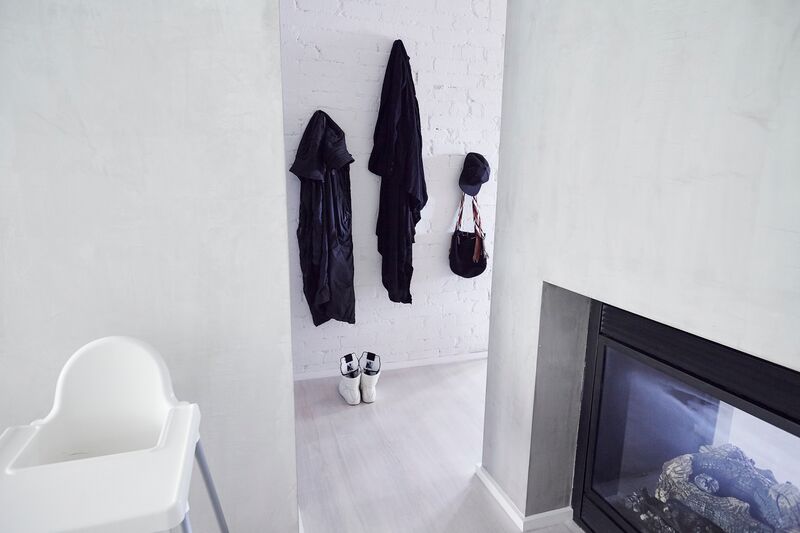 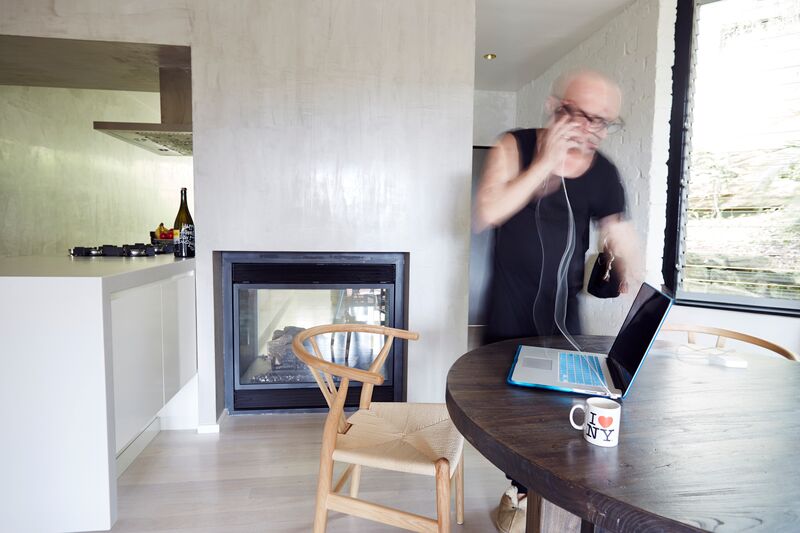 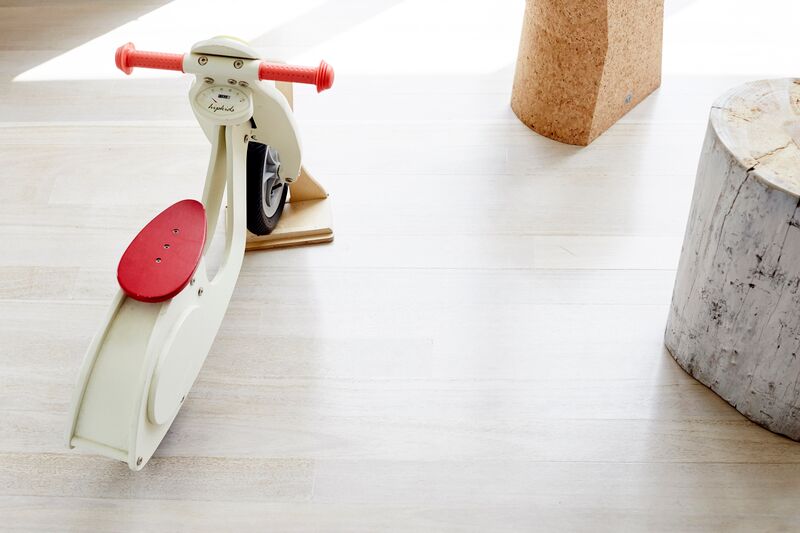