If there was any proof needed that more Australians are doling out serious cash for supercars, then the arrival of Melbourne’s first standalone McLaren showroom is it.

According to George Biggs, the Managing Director of McLaren Automotive Asia Pacific, the British supercar marque has spotted a huge potential for the brand to further its operations locally amongst a consumer market which “gets our brand”.

“Melbourne has been a really good market for us,” says Biggs.

“Australia is an active and strong market for us which has grown since we started five years ago. It’s a great opportunity for us to develop a new site.”

More importantly, Biggs says that the flashy new space located in Richmond’s Swan Street will serve as a portal for future models the carmaker has planned.

“Every country has its road laws and regulations we all need to respect.”

The current portfolio of McLaren cars on offer to local buyers has grown significantly since the brand’s arrival five years ago with the MP4-12C.

Today that range includes the sports series with the 570S, 570GT and 540C alongside the more race-focused 650S and the now sold-out 675LT.

“We’ve had rapid growth in the past eighteen months in Australia,” explains Biggs.

“There’s a new site on the Gold Coast, McLaren is already in Sydney. So now we’re at a point where we make sure to establish and embed our current business and our [local] customers have the service and can enjoy McLaren ownership.”

The push to develop the McLaren brand in Australia can be seen as a move from a company fixated on a customer-first business model. That is, continually assessing what the market wants before deciding what they’ll deliver.

This same approach brought to the attention the need for a more refined McLaren in the sports series which captured the racing spirit of McLaren into a daily driver.

Biggs says that it was this approach that has brought the brand to where it is today.

Querying Biggs on the supercar buying habits of Australian men, it was revealed that locals are coming from two distinct categories: Those who already know the brand and are buying the most extreme road going race cars on offer, and buyers of other exotic brands who now have their interest piqued.

“The 675LT has been phenomenally well received in Australia,” he says. “We’ve had a really strong response and that could be the fact that we didn’t bring the P1 hypercar into Australia. It’s the most extreme model McLaren you can purchase (locally).”

The second group falls under the new McLaren buyer, a group which is aware of McLaren’s F1 roots as well as the more contemporary sports series which is available for under AU$400,000 on road.

This, according to Biggs, is exactly where McLaren Australia wants to be positioned. “We’re kind of having that interest across the segment which is really pleasing for us.”

What’s polarising is the fact that McLaren’s supercar sales appear to be increasing even in the face of ever-stringent Australian road laws limiting the enjoyment of these types of cars on public roads.

Is McLaren worried about the fun police affecting their sales Down Under?

“There is always that question and it comes about quite often. You can’t reach the full potential of the car with current road regulations,” says Biggs.

“Every country has its road laws and regulations we all need to respect. Our car is born on the race track and we have a lot of people who are interested in taking our car on track.”

“We’re quite proud of our independent roots and independent operation. It gives us a lot of stability and allows us to respond very quickly.”

Consistency appears to be the key to McLaren’s success as well as its signature design language. In a bid to replicate this locally, the company has taken the blueprints of McLaren Technology Centre’s design and injected it into their Melbourne showroom.

“You can walk into the service centre which is like a mini MTC and it’s something we really like. It really starts to show the attention to detail we pay to customer’s cars,” says Biggs.

Speaking of this custom attention to detail, Biggs told us that Australia will not be seeing a local MSO (McLaren Special Operations) arm even though there’s been an increase in MSO customers.

“I certainly believe we’ll see more MSO bespoked cars in Australia, but with the nature of the work that they do and their intimate relationship they have with designers and engineers, they’ll always need to be based in the UK.”

“It’s exciting to have many of our customers discuss their individual tastes but I can’t foresee that being operated out of Australia.”

Those hoping for a McLaren-Mercedes SLR type supercar revival in the current McLaren-Honda F1 partnership will also be disappointed.

“I very much doubt that,” says Biggs of the road car collaboration.

“We’re quite proud of our independent roots and independent operation. It gives us a lot of stability and allows us to respond very quickly.”

“I think the Honda NSX project is very interesting in its own right and they’ve delivered a fantastic car. But where we are and where we operate, as far as we’re concerned, we deliver the ultimate driver’s cars in the market and it’s something we’re focusing on and making sure we deliver on that promise.”

The McLaren Melbourne showroom is now open and boasts floor space which includes an adjoining service centre where customers can watch their cars being fiddled with by expert technicians.

Biggs says that McLaren boss Ron Dennis could pop in unannounced at any time so matching floor tiles is a must – a testament to the perfectionist and precision nature of the brand. 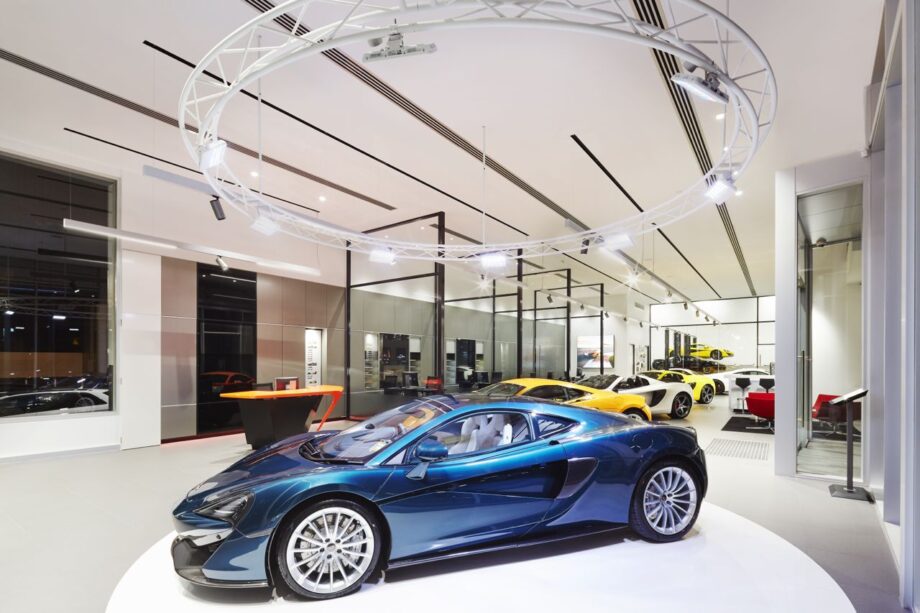 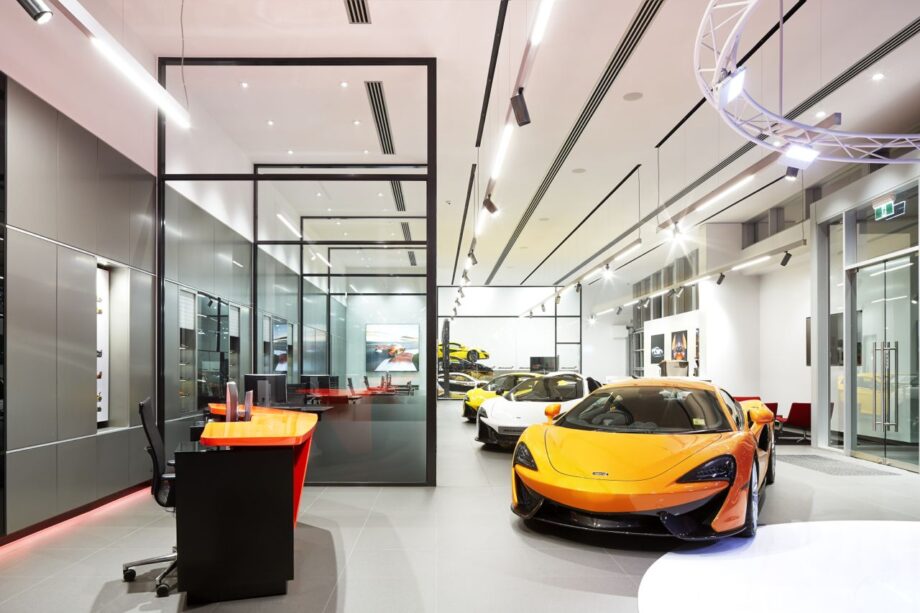 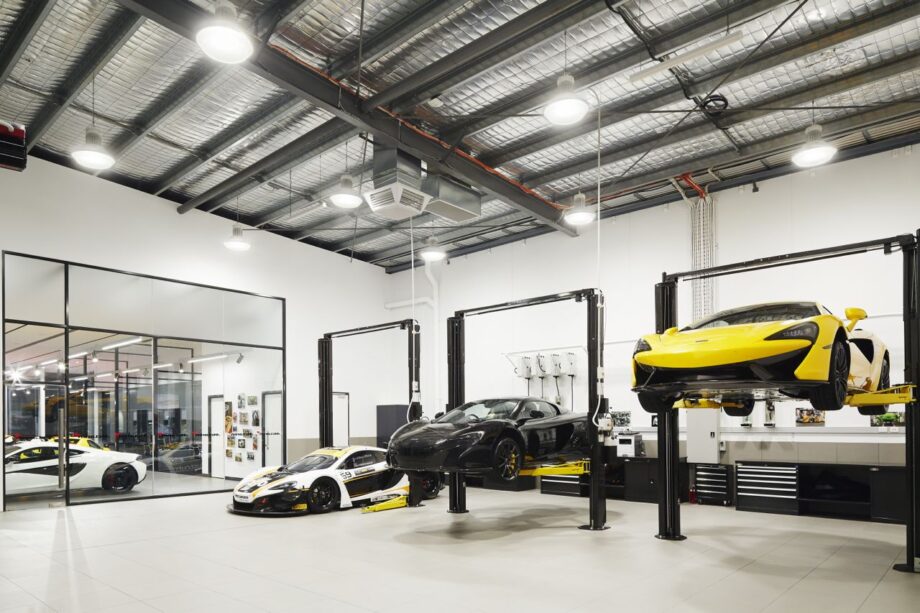 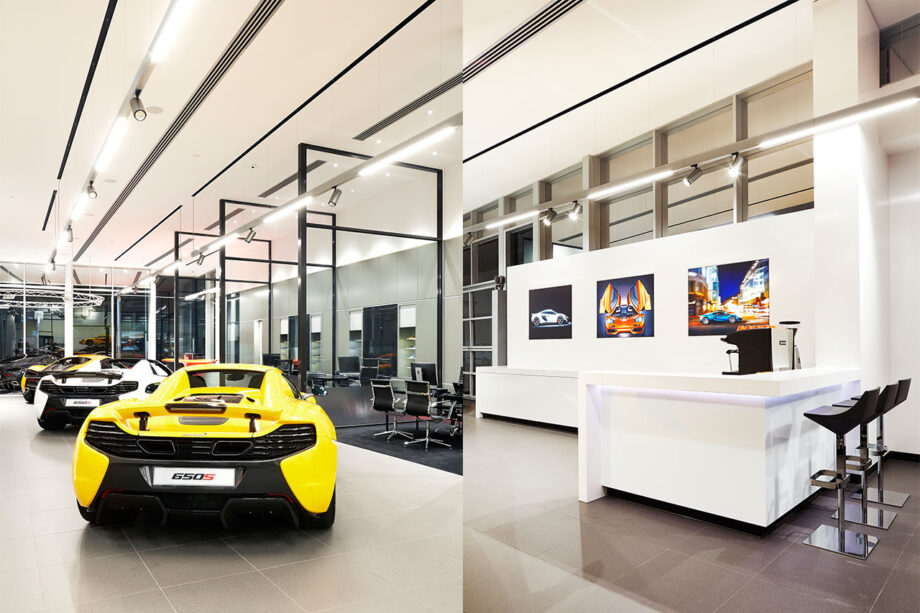 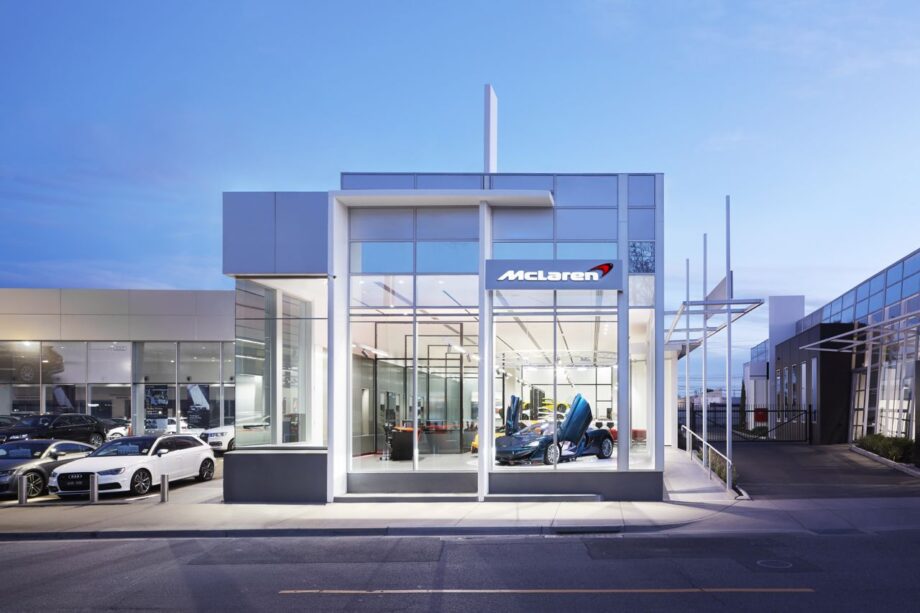