They don’t come around often but when they do you can expect to find one popping up at a fancy Goodwood auction. Say hello to this pristine example of the iconic Mercedes-Benz 300 SL ‘Gullwing’ Coupe, number 49 of 1,400 worldwide.

The car which hails from 1954 is considered one of the early model prototypes which were used for building the remaining 1,350. This car’s history is also rather colourful, having first left the Unterturkheim factory as a special order that was finished in white with red leather interior trim. It was officially registered in late 1954 where it passed through various owners in Washington, Colorado, and California until it arrived at its most notable owner, Hiroaki ‘Rocky’ Aoki, founder of the Benihana restaurant chain, a car collector and the late father of DJ Steve Aoki.

Under the ownership of Aoki, the car received a four-wheel disc brake conversion and the installation of a stainless-steel fuel tank. In all other mechanical respects the car remains in factory-correct specification. The car was then purchase by the Key Collection in 2011 where they car was repainted and re-trimmed to the vehicle you see now. Around this time Kevin Kay Restorations also conducted a comprehensive mechanical re-commissioning which saw new Koni shock absorbers, a stainless-steel exhaust system, and a tuning of the fuel-injection system.

Those keen can register to put in a bid over at Bonhams ahead of the car’s April 7 auction date. 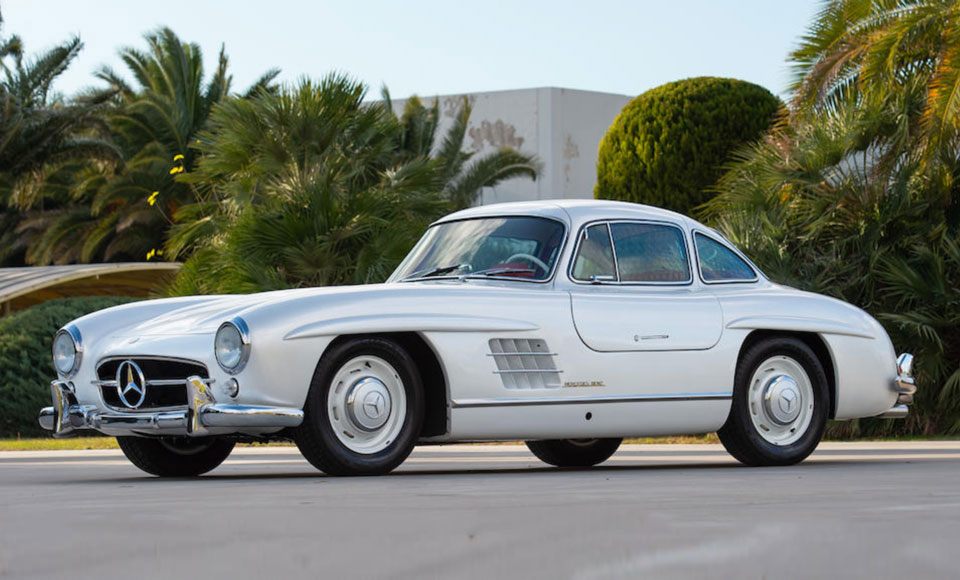 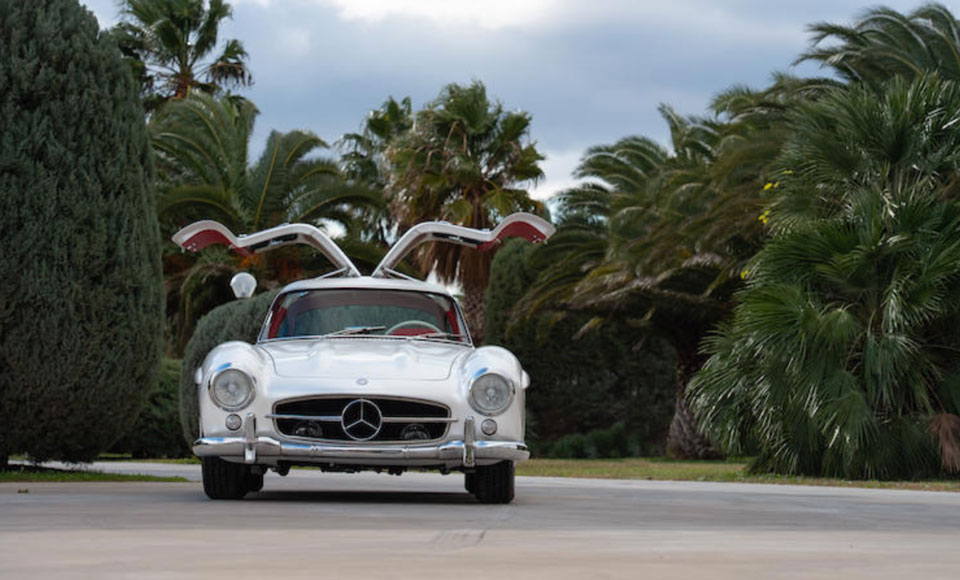 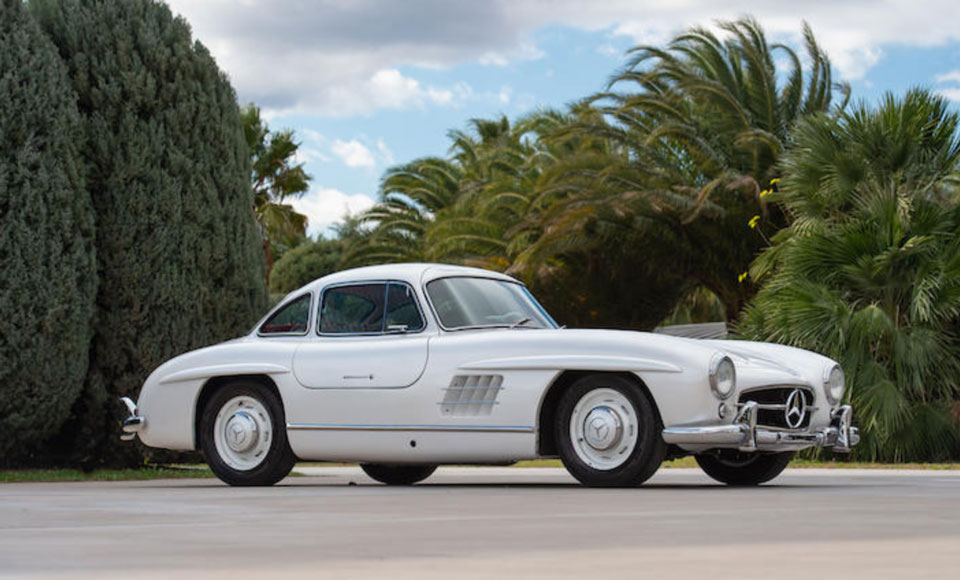 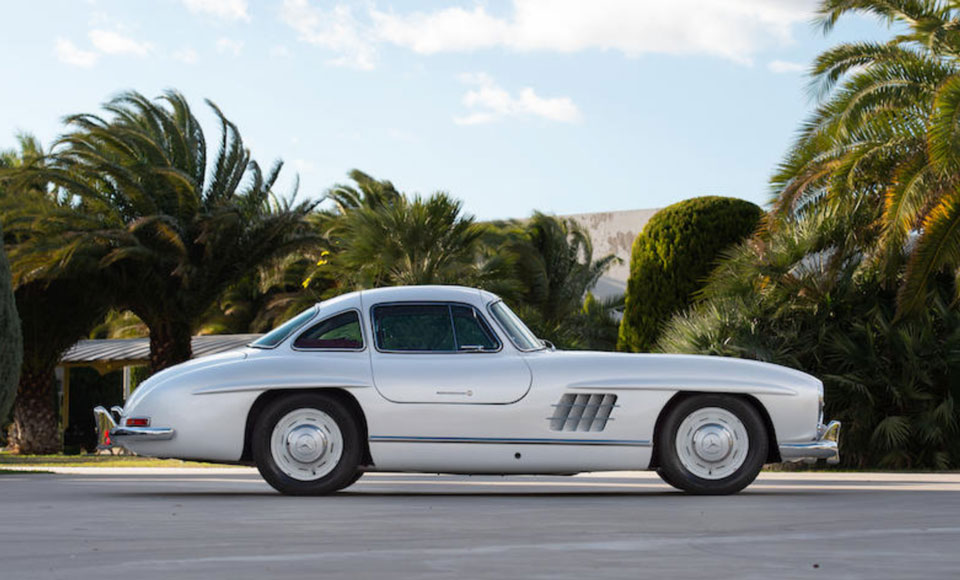 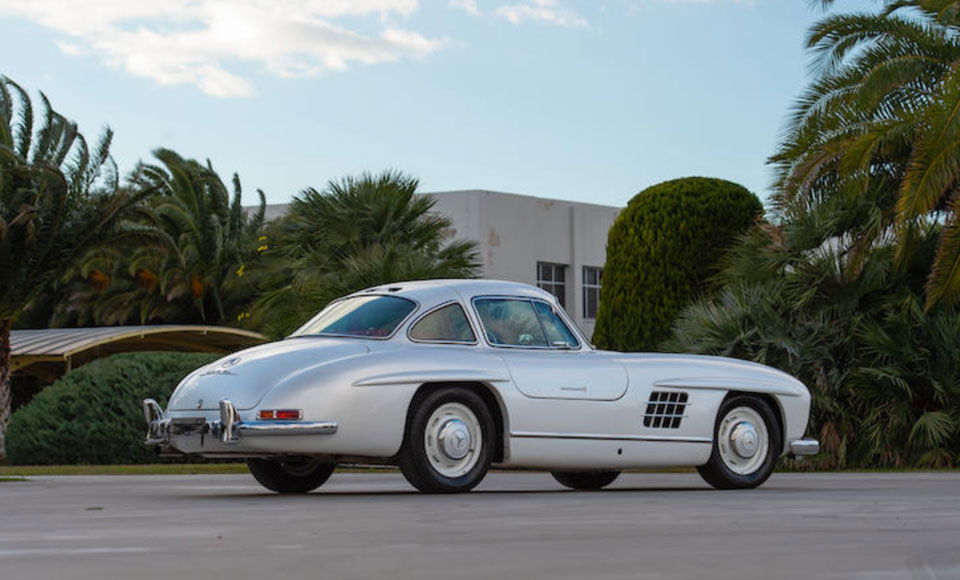 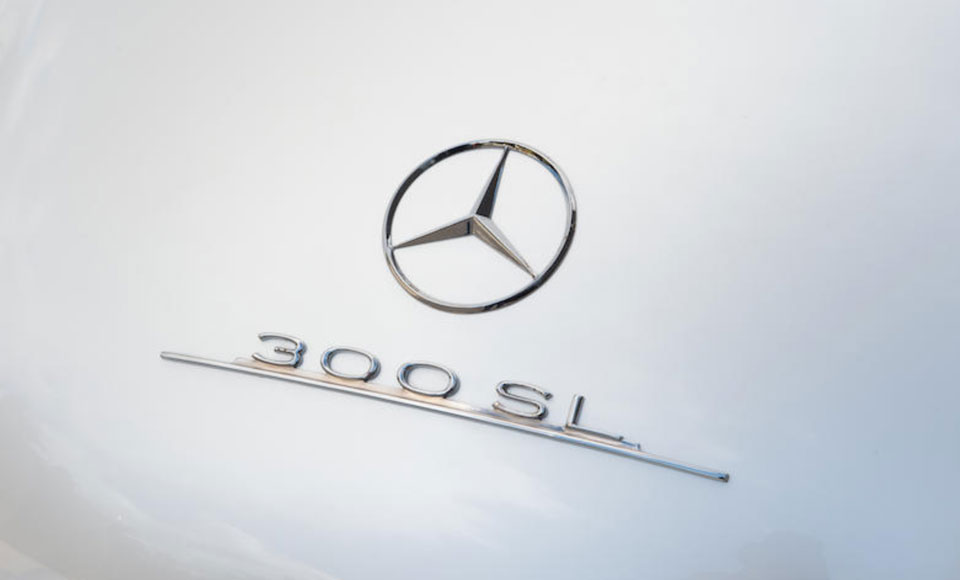 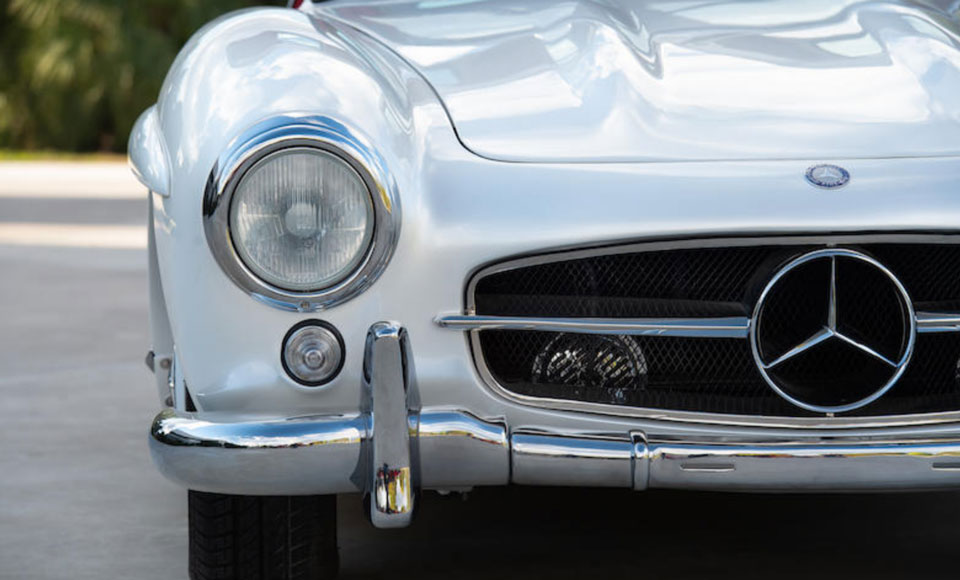 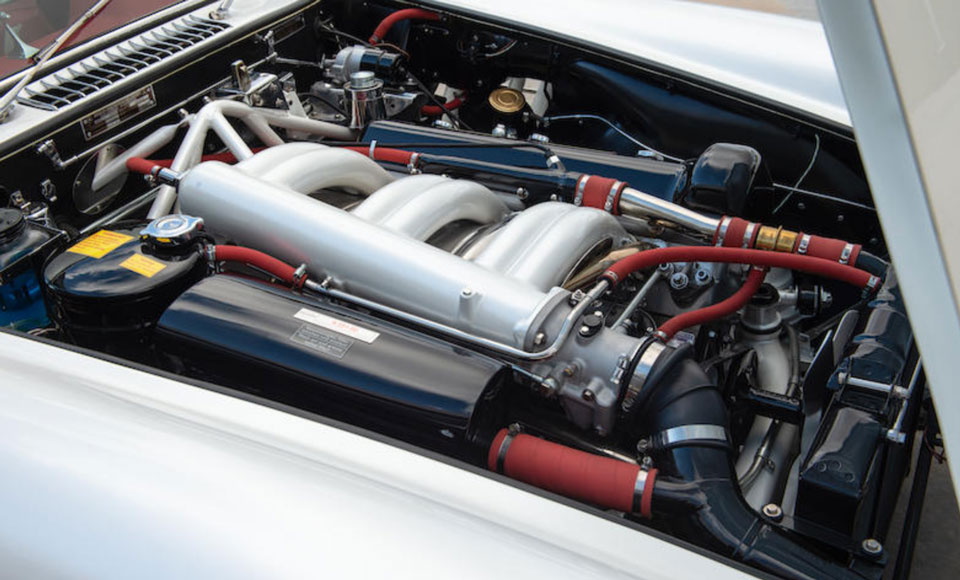 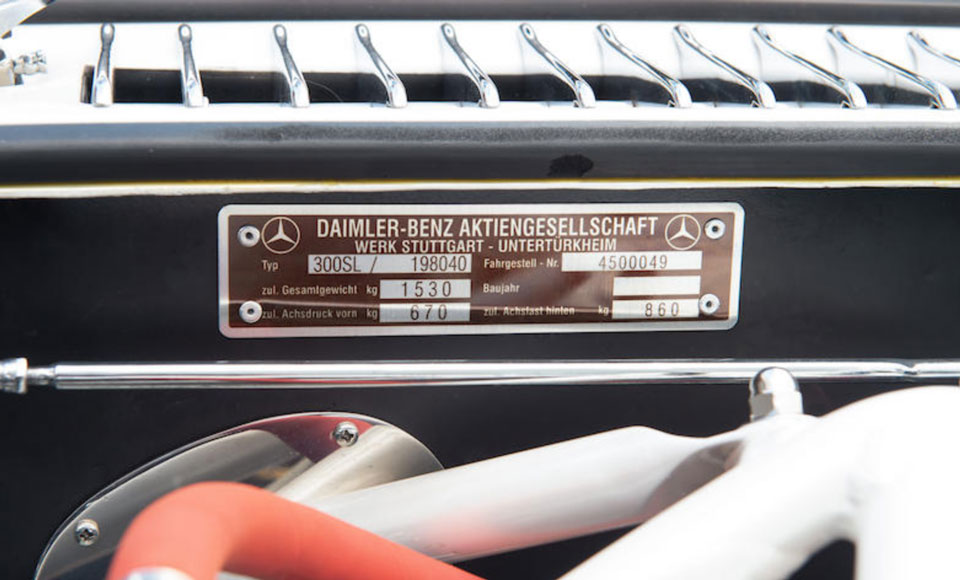 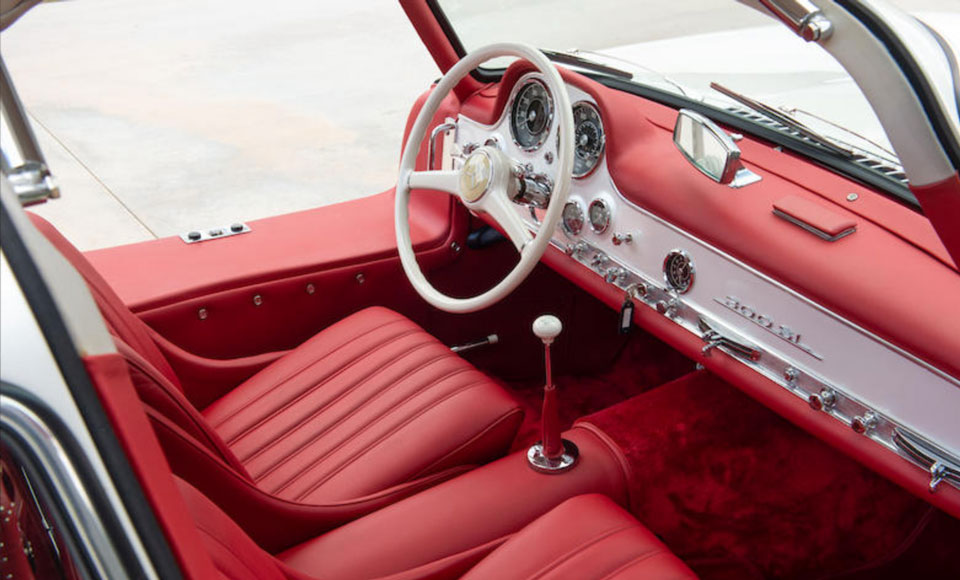 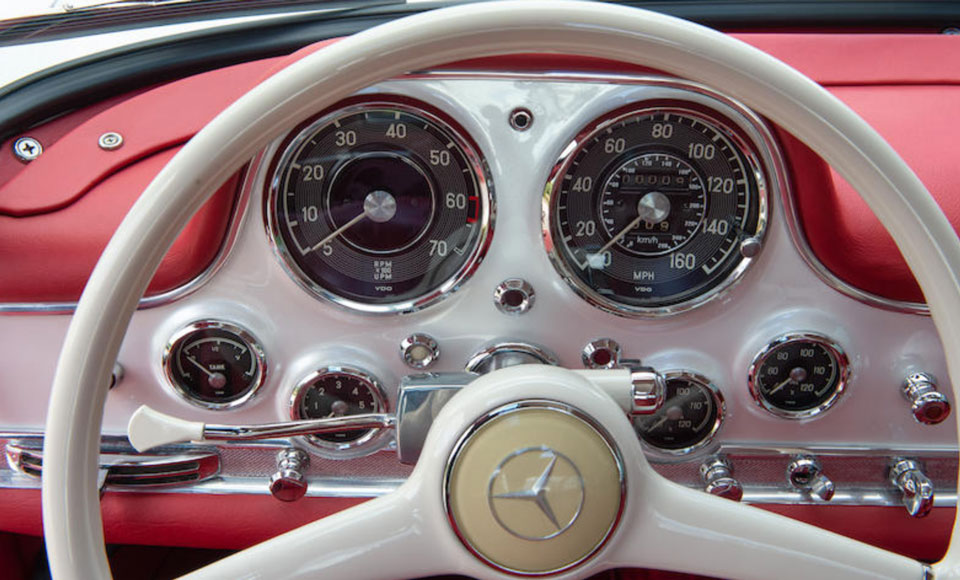 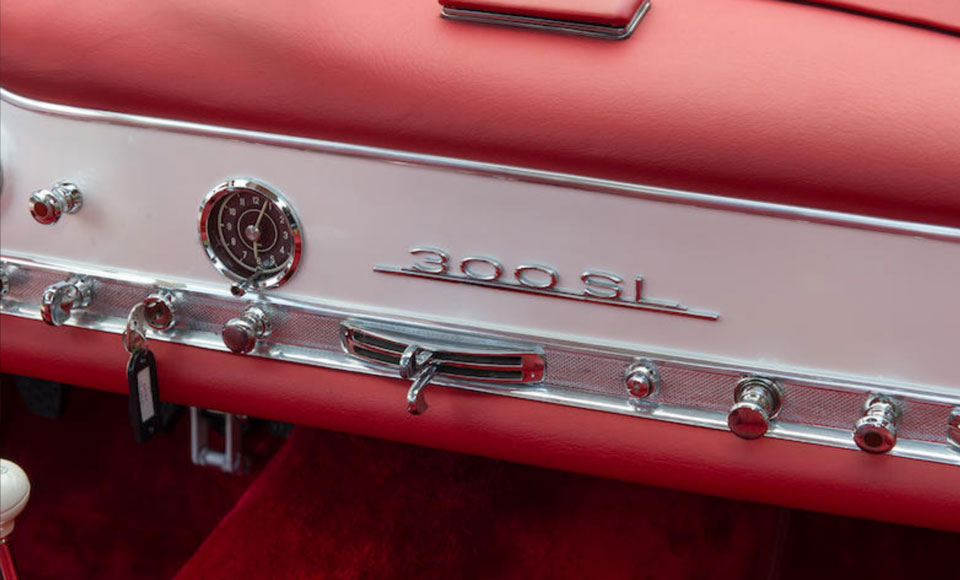 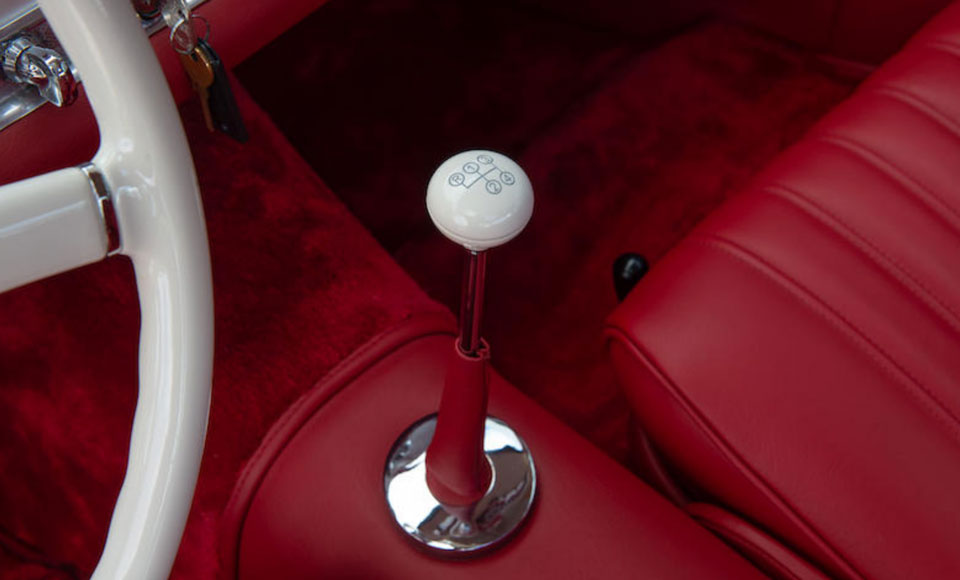 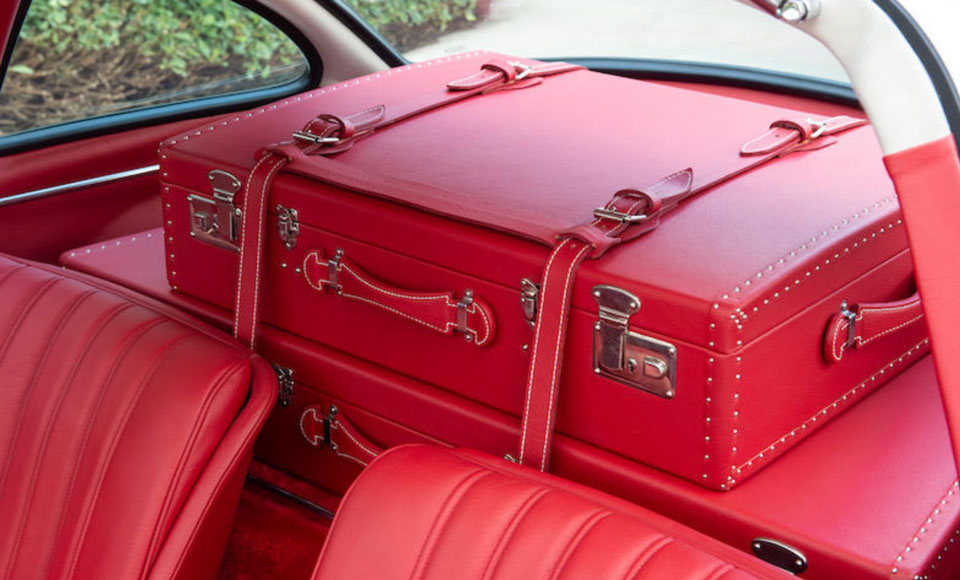