Exclusivity is often a loaded term that carries with it a chance of disappointment. Head over to the Mercedes-Benz page for example and under the ‘AMG’ tab you’ll find an event called ‘Festival of AMG’ which comes with the gut-wrenching precursor, ‘By invite only’.

Disappointment would not be an issue today though as this lucky pundit was one of the few invited along to experience the full smorgasbord of Mercedes-Benz performance vehicles in this event called the Festival of AMG.

With Australia’s legendary Phillip Island track as the proving grounds, we were primed for the Germans to show us their definition of adrenalin in a day.

The Art Of AMG

For the uninitiated, the coveted AMG tag is given to the very highest pedigree of Mercedes-Benz vehicles. A Class, C Class, E Class, G Class, S Class and SL all have one range-topping model that wears this badge before reaching the king of the crop known as the AMG GT.

One underlying trait binds these cars together and that’s exhilarating performance bred from half a century of motor racing which hones in on precision, driver involvement, intoxicating noise and of course, ballistic speed.

At the Festival of AMG, we were introduced to every model from the current AMG portfolio and given a chance to trial them on a brisk and dry Phillip Island Grand Prix Circuit under close supervision from experienced race drivers. These included Mercedes AMG spokesperson and GT racer Peter Hackett amongst a host of other pros including son of Peter Brock, James.

Given the depth of expertise and professionalism of the AMG team on hand, it was paramount that attendees of the festival experienced the potential of every vehicle in order to push them to its limits.

No doubt the AMG name is about driving fast, but it is still a Mercedes-Benz at the end of the day – a car brand which pitches its reputation on cutting edge technology made for driver safety.

To gauge how serious Mercedes are about their occupant safety, AMG flew over a German engineer to showcase their latest on-road safety features which included advanced collision aversion systems and a semi-auto pilot in cruise control mode.

Participants were allowed to drive a Mercedes into a standing dummy at 50km/h with no brakes applied before the car’s electronics kicked in to warn the driver of a person before coming to a halt within a metre of the pedestrian.

It was an eye-opening experience which showcased Mercedes-Benz technology in 2016 and how the German brand hopes to be the leaders in making such features standard across the car making industry. Luckily the systems worked and we didn’t have to pay for any dents.

Once these impressive safety measures were thoroughly demonstrated, it was onto the watered down skid pan for a crash course in drifting and car control.

The name of the game was to slide the car via throttle control and quick steering hands around cones before the car could spin out – a lot harder than it sounds considering the 4.0-litre twin-turbo V8 delivered 510hp to the rear wheels at the tap of the throttle.

Not to brag but it has to be said that the instructors were mildly impressed when it came time for this particular driver to test their power sliding ability. Years of Gran Turismo and drifting documentaries would ensure that this was the case. Although that’s not to say the odd spinout didn’t happen. Let’s just call it beginner’s luck.

If there was any misplaced enthusiam over one’s driving ability from the positive results of the skidpan, the Grand Prix Cirxuit of Phillip Island would quickly diminish that. Driving some of the world’s fastest German road cars in a place without a speed limit would prove to require a different and inhumane skill altogether.

Intense foresight, processing power, rapid reflexes and composure. All of these are winning traits of a racing driver; traits which none of us attendees had as we were unleashed onto the 4.5km track with a grand total of 12 turns and a max speed trap of +250km/h on the main straight.

We were first introduced to the track with AMG saloons and lighter vehicles such as the A45 AMG to get the overall feel and flow of the track. Sitting dead next to us on every outing was a professional racing driver recruited by AMG to help hone every individual’s skills based on their personal ability. Talk about attention to detail.

After a few twenty-minute sessions it was time to step up into a bigger and more powerful AMG to repeat the process and cutdown on lap times.

As a civilian driver, little would know that the rules of racing could be so different to years of experience on public roads. To start with, throw out the road rule book. When you’ve comprehended that, learn to brake hard before a turn in (not too hard that you lock up), remember that whilst turning into a corner one’s eyes should already be looking at the next corner, accelerate out of the apex and roll towards the next bend. Repeat at over 100km/h.

It’s way harder than it sounds as the moment you look at the corner you’re trying to navigate, you’ve already stuffed up the next turn 20 metres away (it’s a car placement thing). This is the kind of precision, skill and foresight we’re talking about – a craft that can only be experienced in the short amount of time under the close supervision of race drivers at the Festival of AMG.

Our final stint would involve stepping into the the Mercedes-Benz halo car known as the AMG GT S worth around AU$300,000 and considered one the most driver-focused machine of the lot.

A 4.0-litre twin-turbo V8 which produces 375kW and 650Nm of torque ensured that we had more than enough speed to outpace our limited track experience and it was here that the nerves kick in. Things such as misjudging the amount of speed carried into a corner, reading the braking points wrong and ensuring the car was settled coming out of bends at over 150km/h all played a vital part in showing us that no race car driver could be born in a day.

What could be said about the sensational final ride though is its relentless performance. Razor sharp steering, big huffing engine and a feeling of a very balanced race car helped to raise our confidence a bit when it came to throwing it into a corner at break-neck speeds sans supervision.

If this was the point of the Festival of AMG, then we were truly humbled at how much we learnt from the pros and how little we actually knew.

Let’s just call it playing race driver for a day before returning to our proper day jobs.

Interested in joining the professional club which teaches you how to get the most out of your AMG? All you’ll need is an entry model AMG (A45 AMG) or above before enquiring with your dealership.

Trust us. Your senses will thank you for it later. 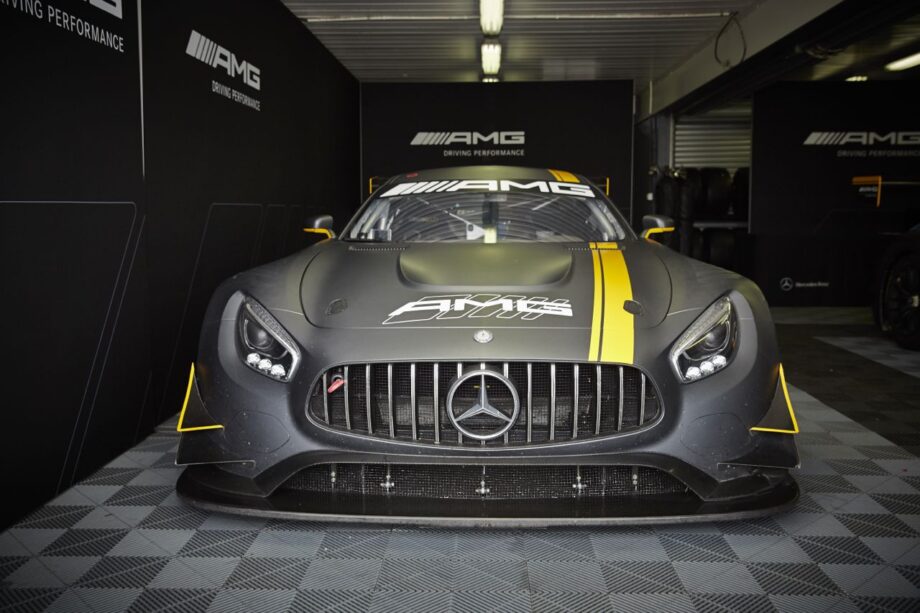 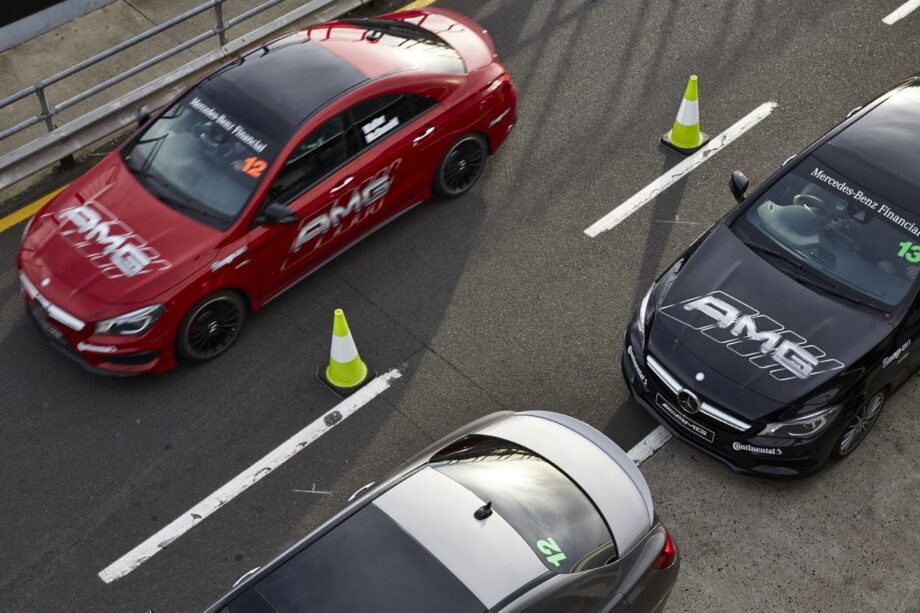 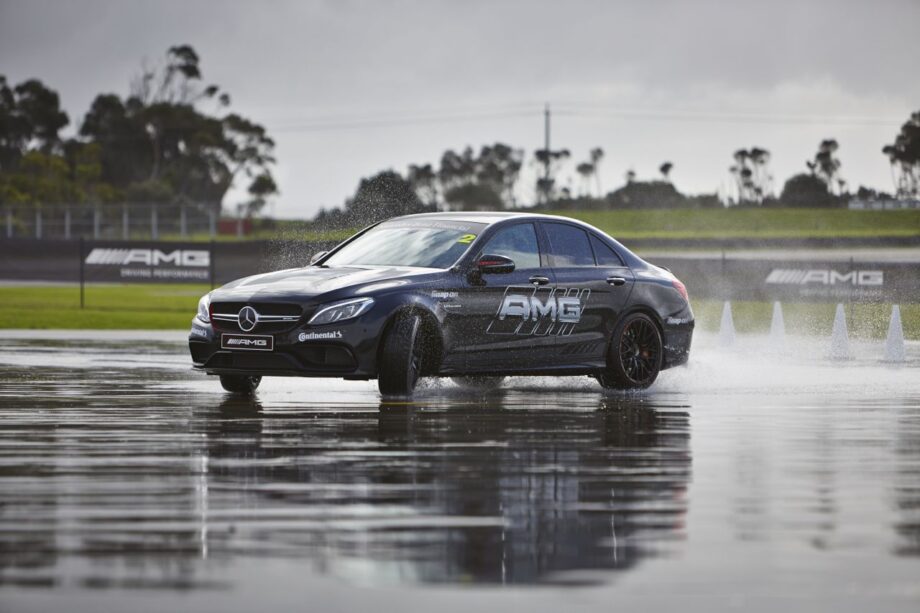 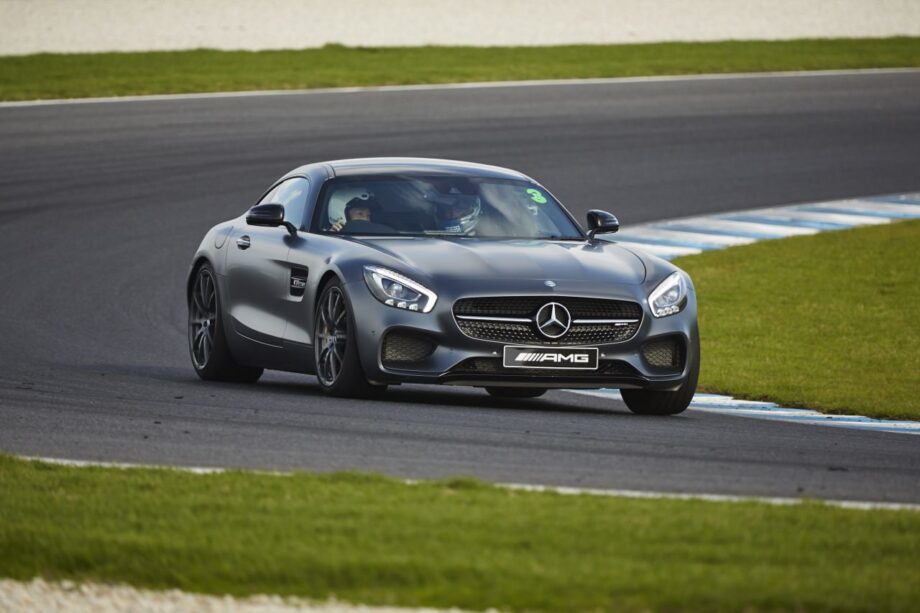 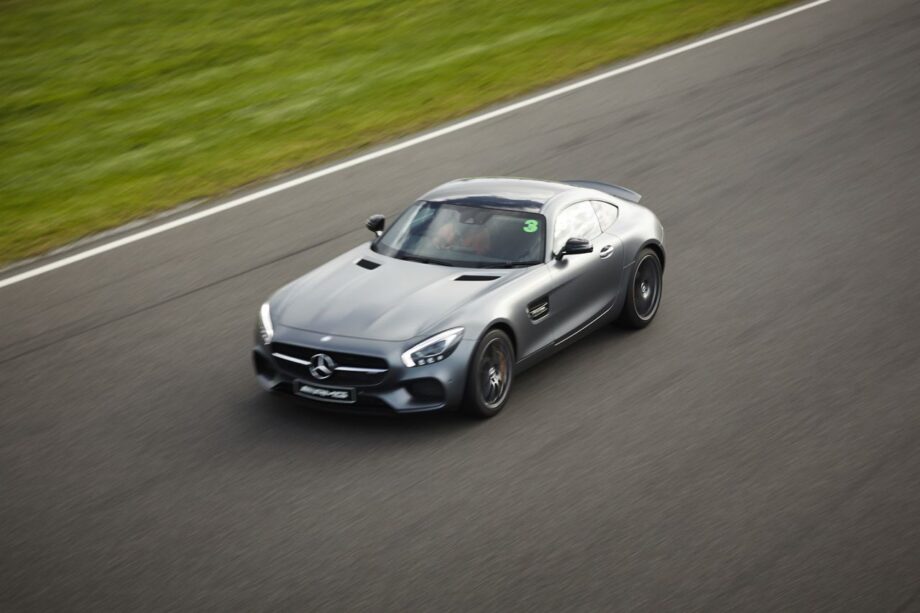 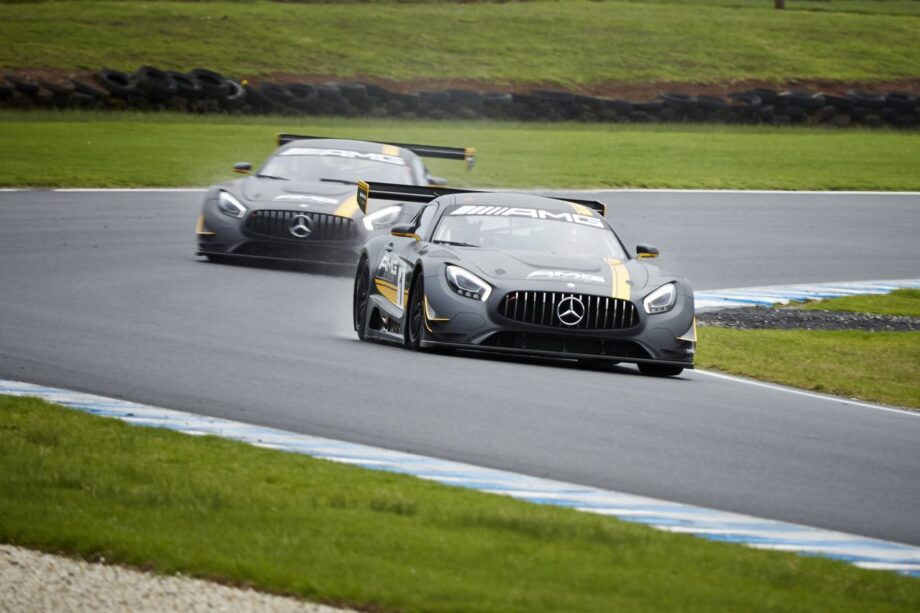 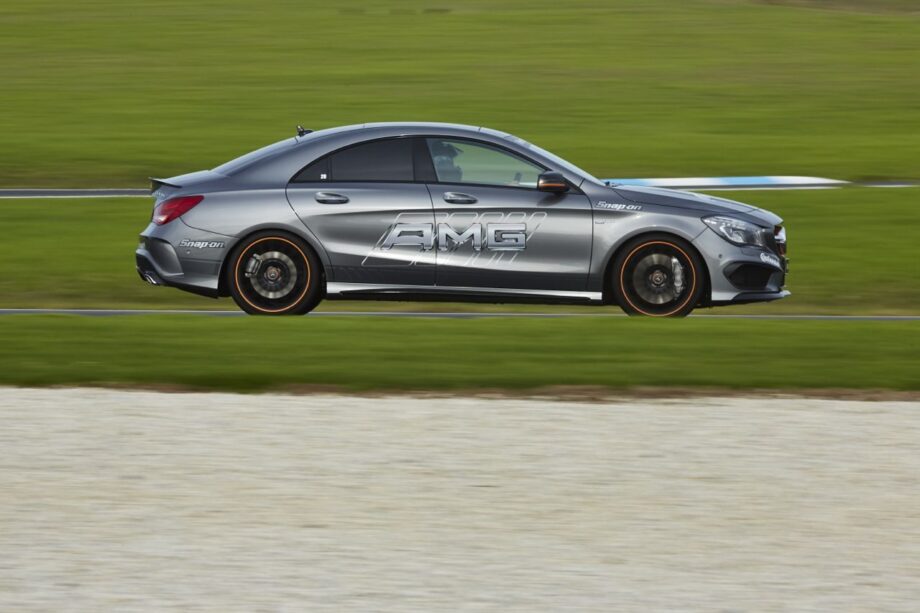 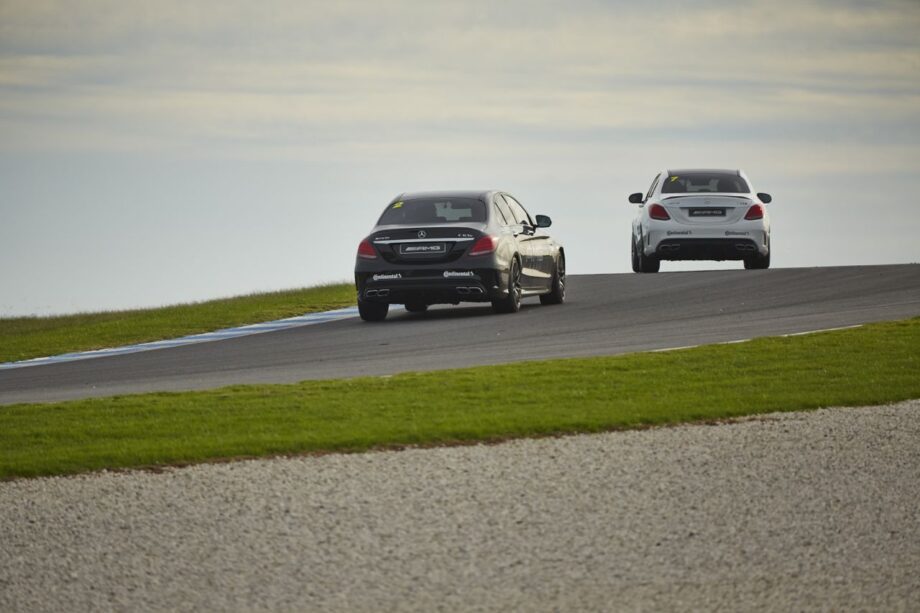 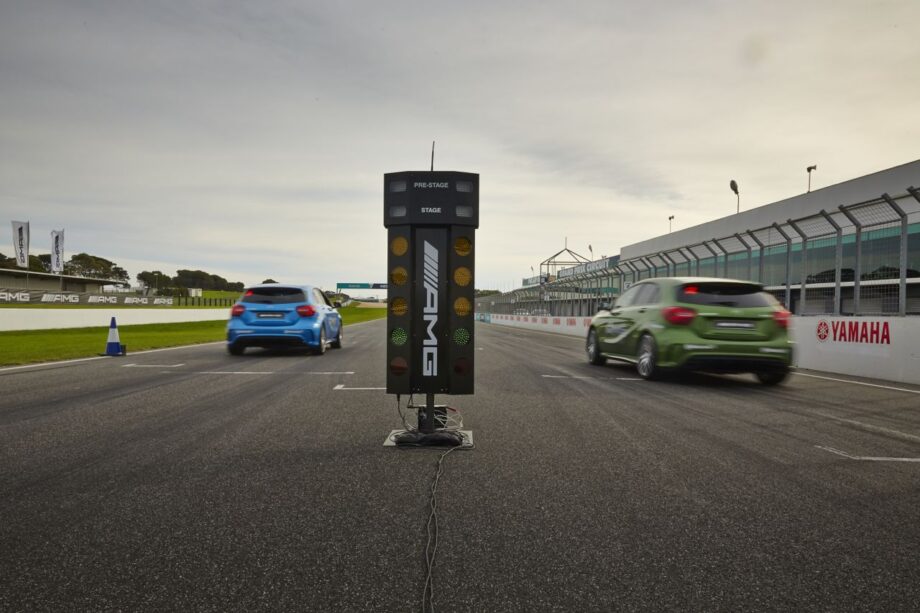 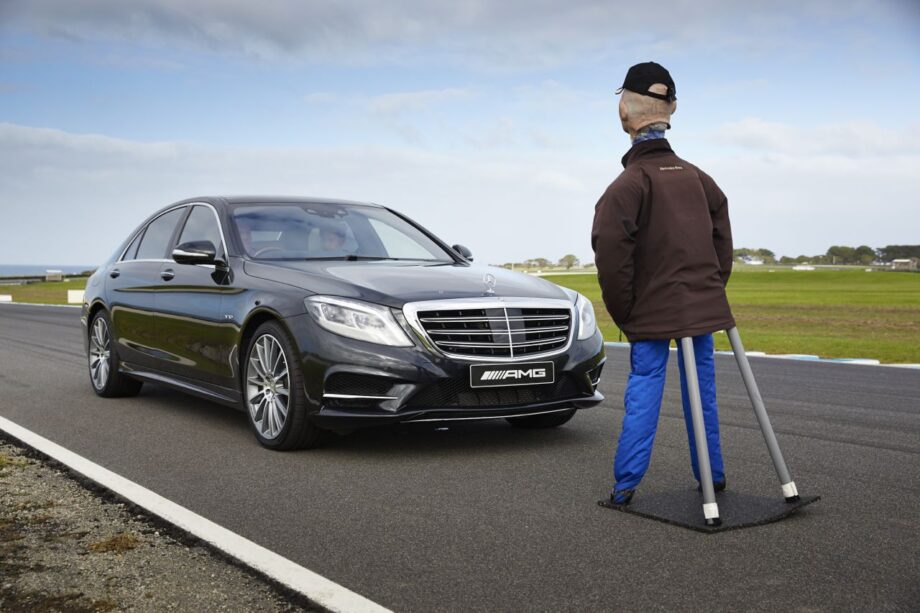 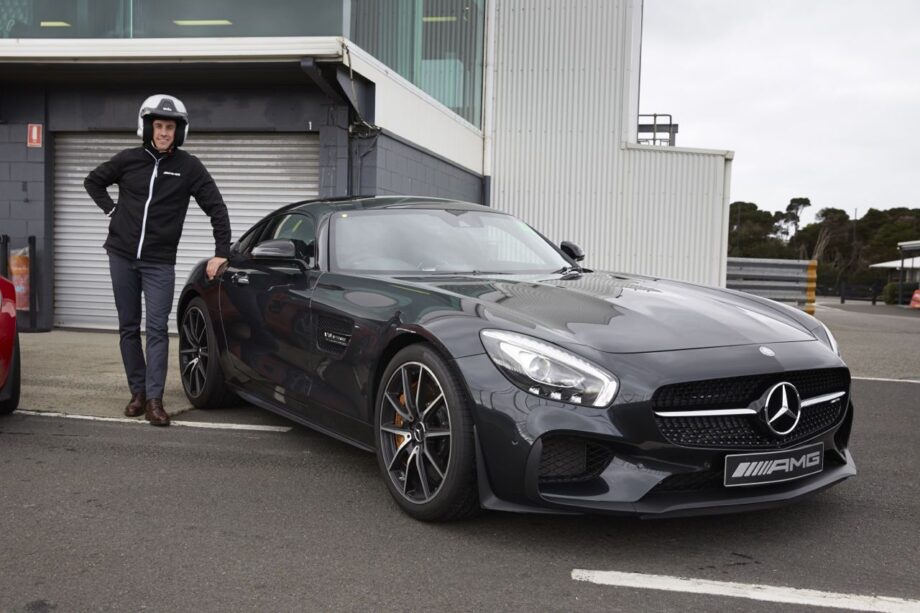 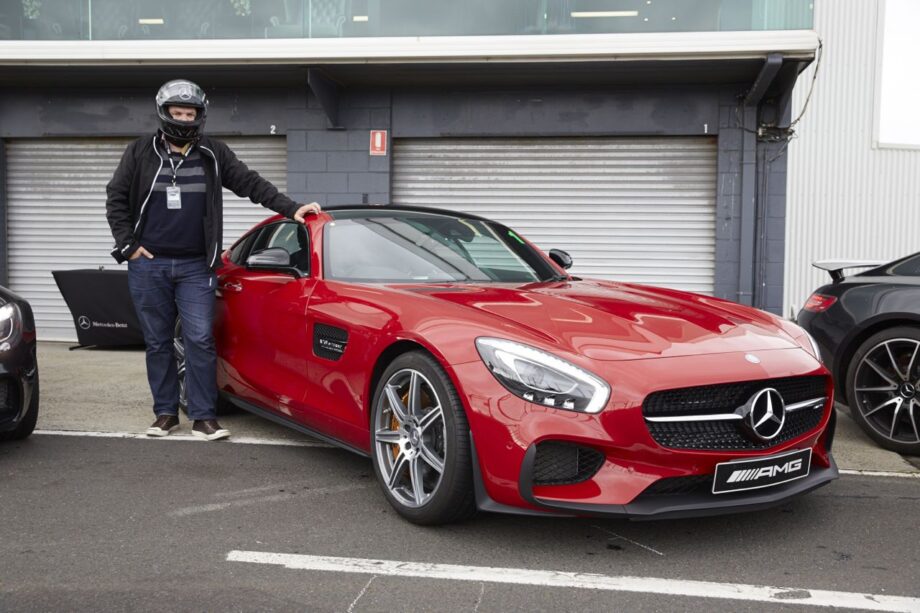 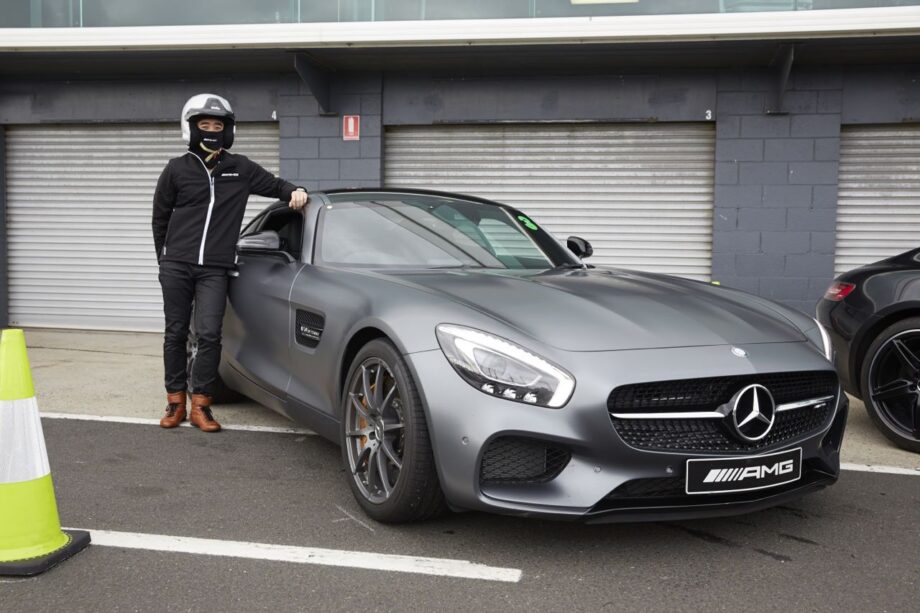 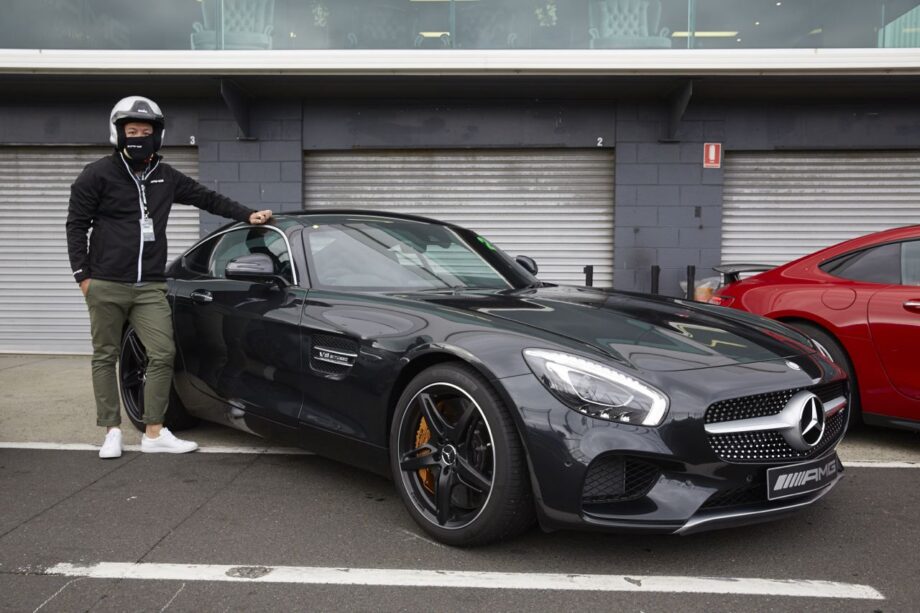 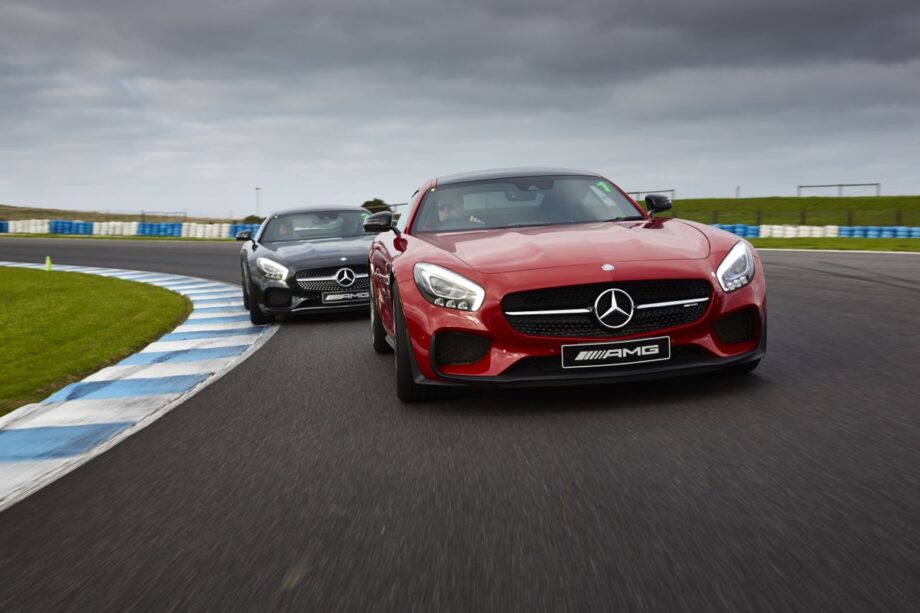