London, New York, Tokyo, Paris, Milan,  Sydney: to dwell in the innards of these places is a luxury only Yuppies are willing to pay for (and investment bankers able to afford).

Over the 20th century, as job opportunities, history, culture, excellent nightlife and exponential growth drew more and more people to mega-cities (Sydney didn’t have lock-out laws back then), MINI solved the problem of where to park. Now, at the Milan fashion week, it has debuted its nifty plan to accelerate its way into the housing industry.

Trying to get into a new lane of income is never easy. Critics (and proponents) have called MINI’s proposal ‘utopian’, which is probably what they said about its space-saving ‘transverse’ engine front-wheel drive layout in 1959. However, their plan to intentionally challenge the usual hierarchy of architect vs. client, iIllustrating, “New ways of conceiving homes for the young flocking to cities and for elderly urbanites desiring more communal lifestyles” (Forbes), is certainly audacious.

The scheme will involve residents in the creative process, enabling them to work with architects to build micro-houses and inner-city suites that “respond the their needs” and which are “expressions of their lives”, much in the same way the MINI car has become a symbol of the quintessential Londoner (efficient and apologetic) or Parisien (“If I put my hazard lights on it’s not illegal”). 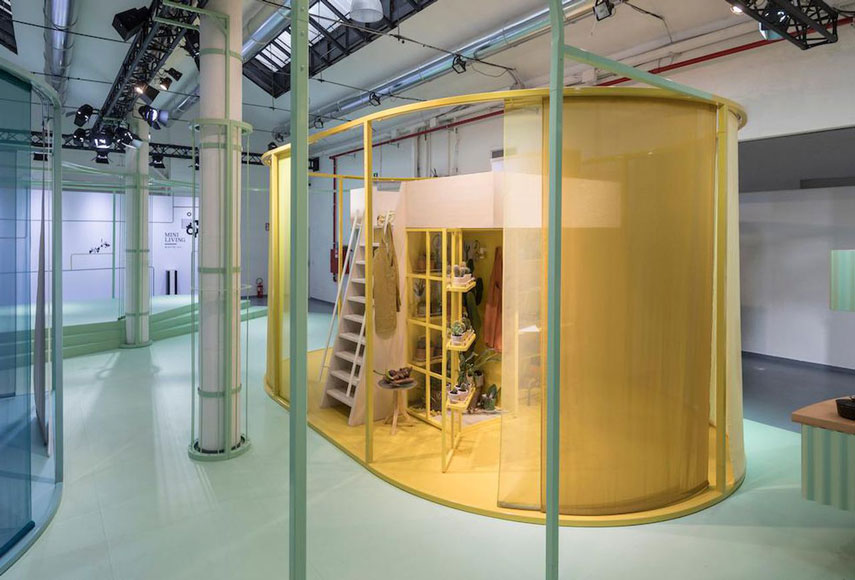 Exhibited in Milan last week, ‘Built By All’ is the latest development in the MINI Living series, which began two years ago in an attempt to explore how “intelligent design” can assist city living. The plan is to collaborate with unconventional young architects, using different firms for different concepts, and create accommodation tailor-made for its location and inhabitants.

As reported by Forbes, there have been four proposals so far—three in Milan and two in London, with research projects also taking place in Brooklyn. So far they include “Do Disturb” (shared living spaces in urban areas), “Forests” (micro city retreats with communal access), “Breathe” (a building that physically connects its inhabitants to their natural surroundings) and “Urban Cabin” (a mix of private and shared experiences told through the story of books and food).

For those hoping to see concrete evidence, the first project is set to be implemented in Shanghai in 2019.

RELATED: Cool Amsterdam Airbnbs That Will Blow Your Mind