If you’re all about authentic cars and you’ve got some serious cash to splash then you’ll be pleased to know that the original Shelby Cobra, hand-built by Carroll Shelby, is going up for sale at RM Sotheby’s Monterey Auction on August 19th.

The very first Cobra, now known as CSX 2000, was created in 1962 when Carroll Shelby shoehorned a 260-cubic-inch Ford V8 between the wheel wells of a British-made AC Ace and a legend was born. The original Cobra was used heavily for promotion and as it was passed from publication to publication for reviews, underwent a host of colour changes to convince the public that Shelby had produced more than one car.

“It is the actual pen with which he signed his declaration of war and the idea upon which he built his company and revolutionised American racing – and the greater auto industry as a whole,” RM Sotheby’s stated. “It is, without exception, the single most important and history-rewriting sports car ever offered at auction, after over 50 years of ownership and without ever leaving the care of its founding father.”

We can only begin to guess how high the bidding will go for this icon. 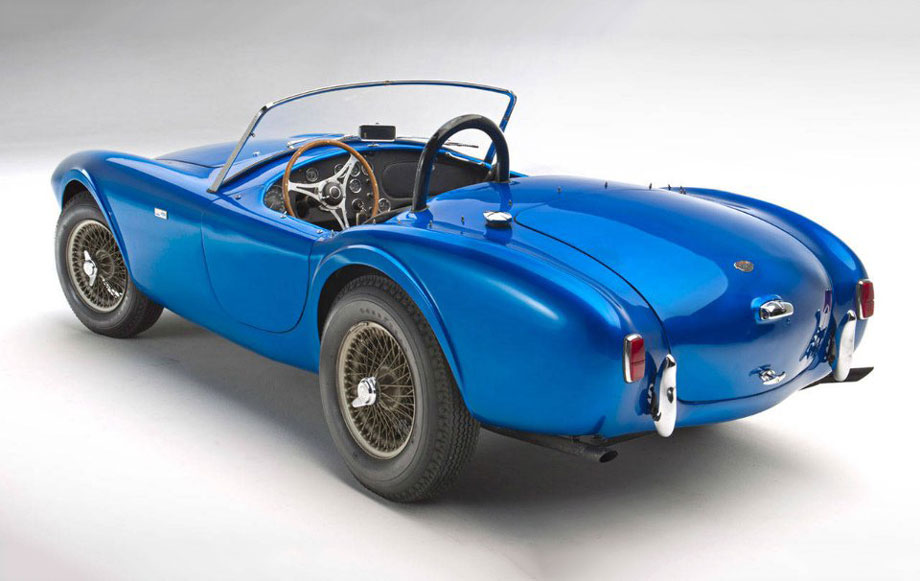