Officine Panerai‘s Luminor collection of watches is instantly recognisable to even a rookie watch enthusiast thanks to its large, minimalistic dial and safety-lock crown protector. But until now the collection has comprised predominantly brown, gold and black colour variations.

The Italian watchmaker has now put an end to that with the launch of this black and blue Luminor Marina, which is stealthy as they come and could well be the timepiece to tempt James Bond away from his trusty Omega. 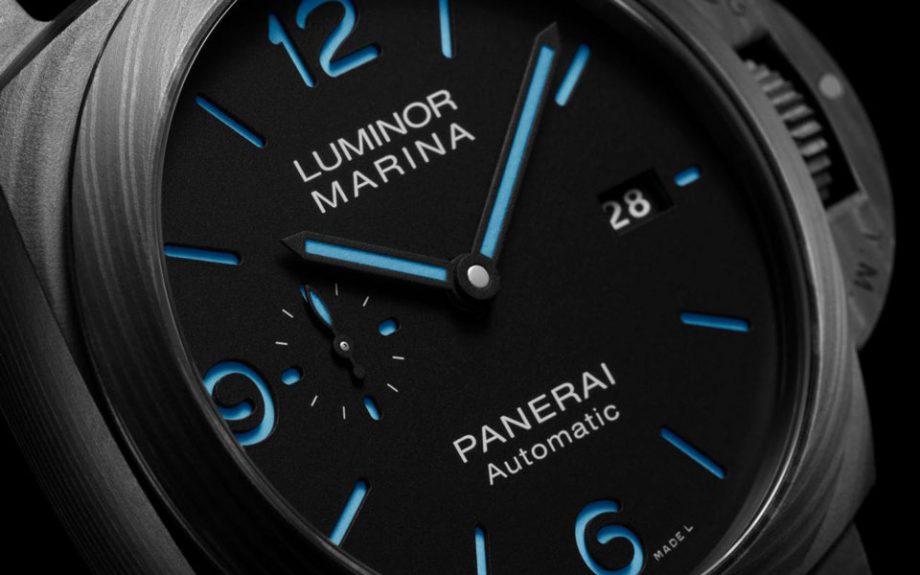 The PAM01661 utilises Panerai’s proprietary Carbotech material, which has been used to mould the case. As the name implies, the Carbotech composite is formed from carbon fibre, which is both tough and lightweight, meaning the 44mm case weighs a mere 96 grams.

As with other Luminor watches, Panerai has employed a Sandwich dial design that sees a base layer plays host to the vibrant blue luminescent Super-LumiNova material. This then shines through the top layer, with cutouts for the hour indices and hands. You certainly won’t have trouble reading the time were you to go diving. 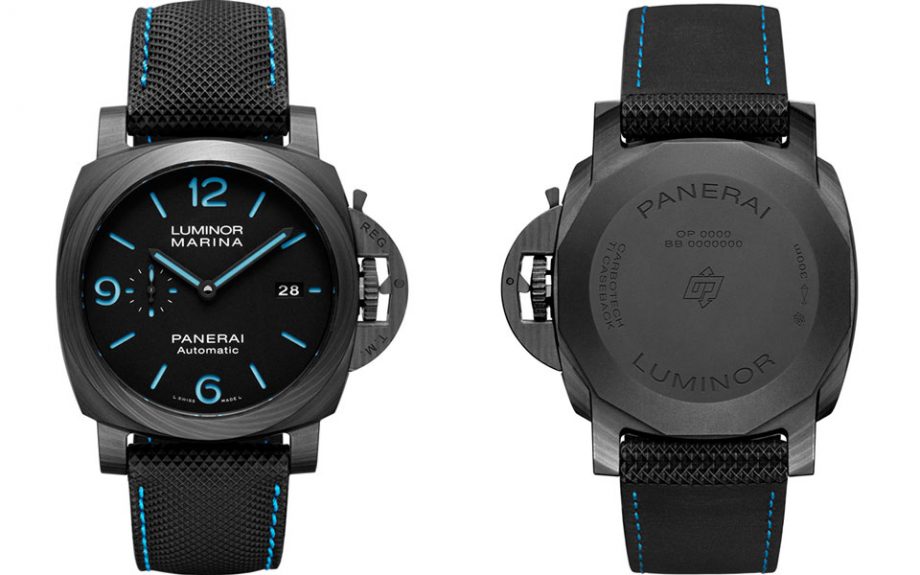 And that’s exactly what you can do with this Luminor Marina, as it’s water-resistant to 300 metres, and is coupled with a water-resistant Sportech strap in complementary black and blue. Panerai also provides a black rubber strap should you want to change things up.

The latest Luminor receives Panerai’s P.9010 Calibre movement, which comes in at just 6mm thick and promises a 3-day power reserve. The Luminor Marina Carbotech 44mm will cost A$18,000 when it becomes available at Panerai boutique stores from March and multi-brand retailers from May.