The heavens opened, the Stuttgart Gods smiled down upon us and we were bestowed with the new Porsche 911 Carrera 4S to review and drive for a week.

On Sydney roads, experiencing the true might of this car would be limited but we took the opportunity to take a bookish Russian up to West Head Lookout to test the 4S on the 25 kilometres of winding roads, even if they were limited to just 60km/h.

Speaking of performance, the Porsche 911 Carrera 4S lacked none of it on our little week-long test run.

On the rare occasion where the congested Sydney roads opened up for us, a mash of the pedal would unleash the ferocity of the 3.0-litre flat-six boxer engine in one of the most confidence-building surges we’ve ever experienced for a turbo car.

In the numbers game that intoxicating surge comes from 309kW of power and a healthy 500Nm which is available from a lowly 1,700rpm all the way to 5,000rpm.

Those kind of numbers are enough to see the 0-100km/h sprint dispatched in just 3.8 seconds with the optional Sport Plus and PDK package for seamless and rapid upshifts.

On the twisty bits the 4S was also a well-rounded performer with little body roll impeding on the fast shifting corners or AWD understeer coming into play too much.

The latter probably has more to do with the fact that we weren’t pushing the car to its absolute limits but nonetheless it was a good feeling to know that the maximum traction was always there.

PDK, Smoother Than A Baby’s Bottom

Whenever you speak to someone and say you’re driving the new 911 they almost always ask about the PDK transmission. Given how much power and torque this car has the PDK ensures that the great changes are super smooth and fast.

We’re a little baffled by people still ordering manual, especially on Sydney roads which are rubbish at the best of times. The PDK automatic is where you want to be for this type of car.

One thing which we did notice is the car is extremely drivable in first and second gear. And yes, you’re likely to hit 80 km/h in second so it’s been made to be drivable at lower speeds.

On the spirited runs the car’s exhaust was also less ‘boomy’ than expected during gear shifts; instead it gave way to that signature Porsche rumble that builds into a howl as the RPMs climb.

Stereo? Honestly, who needs it with that kind of soundtrack coming from behind your head. But more on that later.

Let’s just say we were a little surprised by the colour of the 911 Carrera 4S that greeted us at Porsche Centre Sydney. The ‘Racing Yellow’ really does stand out but sometimes we’re a little more into being under the radar.

That said it is a car that possesses performance to demand attention. We’ve had kids point at us and even someone stick their finger up at me for no good reason, so yes it does get attention – good and bad.

A custom colour option will see an extra $11,990 added to the final bill. No doubt there’s bound to be something which will suit the most discerning buyer with such a broad spectrum on the table.

So Many Buttons, So Little Time

The Porsche cockpit is exactly that. A cockpit. You’re nearly nestled amongst a sea of buttons and gizmos which are all just a touch away. Ergonomically it’s something which makes this car so driveable.

We did find the indicator to be a little troublesome at times, but generally it’s not a deal breaker. Paddle shifts are positioned well, as is the dial for changing between driving modes. The optional sunroof open and close buttons sit in the middle of the console for easy access.

The centre console offers all the usual suspension, exhaust noise, rear spoiler, traction control. We did find ourselves switching the car into sports mode almost immediately when we drove it just to hear that awesome gurgle.

We were left to our own devices to work this all out but found it all very easy.

Let’s Talk About The Cup Holder

Probably the smallest but coolest design feature in the 911 4S (and all new 911s) is the cup/latte holder.

This clever little feature opens to reveal two holders, but it also allows you to close the flap whilst still leaving the cup holder out. Genius. If you’re only using one cup holder, no problem you can close the other off too. Need we say more?

Apparently there’s a nice driving mode (the D) but we sure as hell didn’t use that much. Like most cars the there’s Normal, Sport and Sport Plus.

Each offers a different level of performance, stiffness and noise. Sport mode was our preferred mode simply because of the note the engine produced. You can turn this on and off as you like without needing to be in Sports mode.

Exhaust Note Of The Gods

When you’re dropping over $300,000 on a sports car you want to make sure it sounds good. The Porsche isn’t a Ferrari (see: Italian screamer), it’s German and more measured but the gurgle is pretty damn nice coming from those twin exhaust pipes. Combine that with the whirl of the turbo and it makes for one very sweet note.

Don’t expect to scare the local children though. You’re buying it for the wrong reasons if that’s what you’re hoping. It’s a grown-ups sports car.

There is a reprieve for those in search of a bit of aural pleasure of course. Porsche’s latest sports exhaust system can be added as an optional extra on all new 911 models (our 4S came with it).

This gives the engine some extra breathing space to stretch its legs in the form of improved resonance and a racecar note at the push of a button. It won’t wake the neighbours but it will light up the inner-race car driver in you.

It Has A Proper Sun Roof

As previously mentioned the optional factory sunroof is actually a sunroof. Not one of those tiny vents or the faux glass roof.

Sure it’s not a moon roof, but for driving in Sydney’s summer it’s perfect. The tinted glass offers a decent amount of protection, however there’s an additional button operated screen if you’re trying to be extra sun smart.

The Most Badass Steering Wheel Ever

Can we take a moment just to say that the design team at Porsche clearly didn’t take a lunch break when designing the steering wheel in the 911.

The modular design features a combination of leather and brushed aluminium with rivets/screws which gives a truly sporty but refined look. It’s incredibly comfortable on the hands, and as mentioned earlier the phone, volume and drive controls are all within an arm’s reach.

We were pleased to see the press car had been spec’d up with the insane optional ceramic brake system. For a lazy $50,000 you can enjoy stopping on a dime and spilling your latte everywhere.

Stopping abruptly didn’t scare the hell out of us as it would any other car when travelling at speed. The carbon ceramic stoppers simply wiped off the speed effortlessly without fade, making us think the car was travelling a lot slower than what it was (it wasn’t).

We’re keen to see the difference between the ceramic brakes and the standard ones as these are rather impressive.

Another feature which we really love is the arrival of touch screen commands on the navigation, phone and entertainment system.

This incredibly intuitive system was easy to set up with Bluetooth as was finding your favourite radio station. The unit also has two slots for SD cards. A somewhat pointless addition unless you’re the type who copies music to an SD card. Regardless it’s a bit step above the other units in the market.

The speaker system is Bose and in the small cabin it really pumps. Not that we had it on for too long since there was already a sweet soundtrack playing behind us.

Getting Into Tight Spaces

Having driven the Ferrari 488 and Lamborghini Huracan, our expectations were the 911 4S would be just as big in stature. It’s not. It’s extremely compact but without feeling cramped inside.

More importantly there’s very few blind spots in comparison to it’s Italian friends. Getting the car in and out of our tiny Bondi garage was a breeze and even parallel parking was easy.

This should be a major factor for someone who’s worried about having to avoid tight spaces. In comparison the Lamborghini Huracan was super wide but the inside still felt small. The 911 is the complete opposite. Tick. 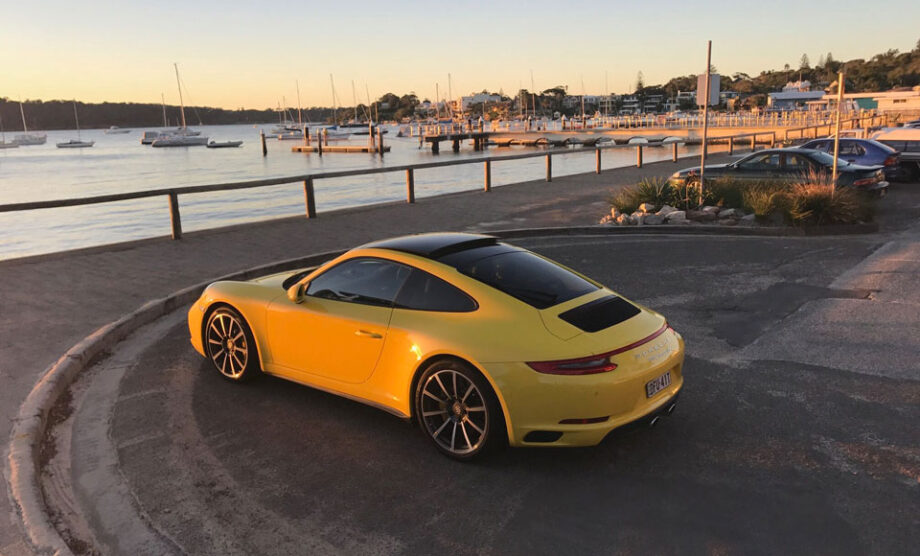 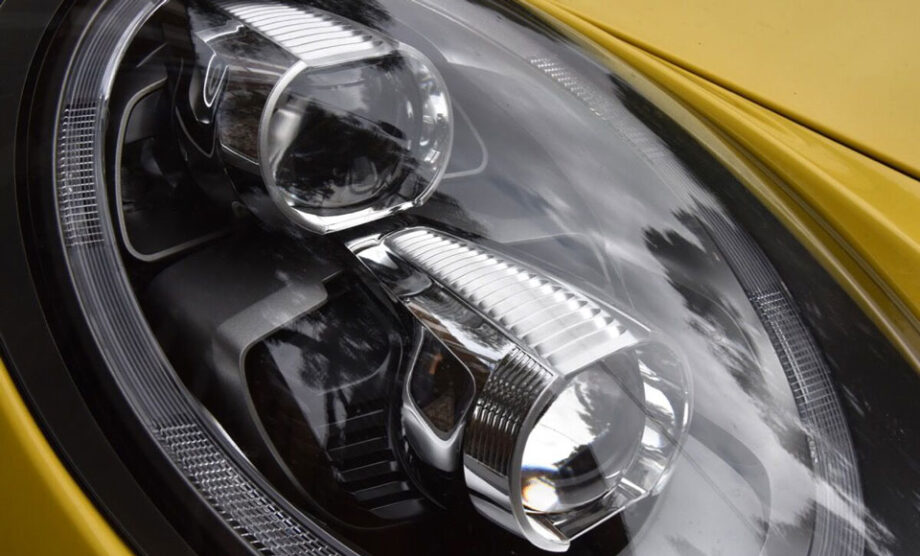 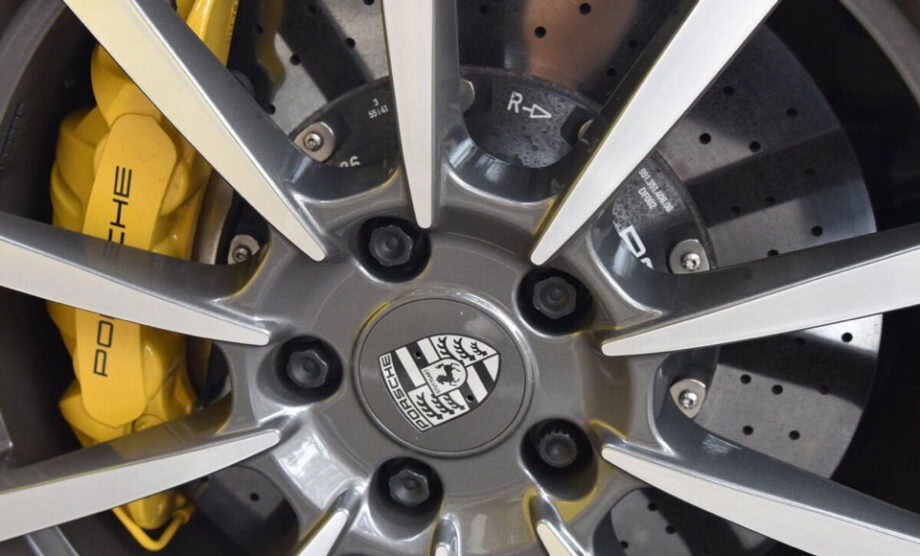 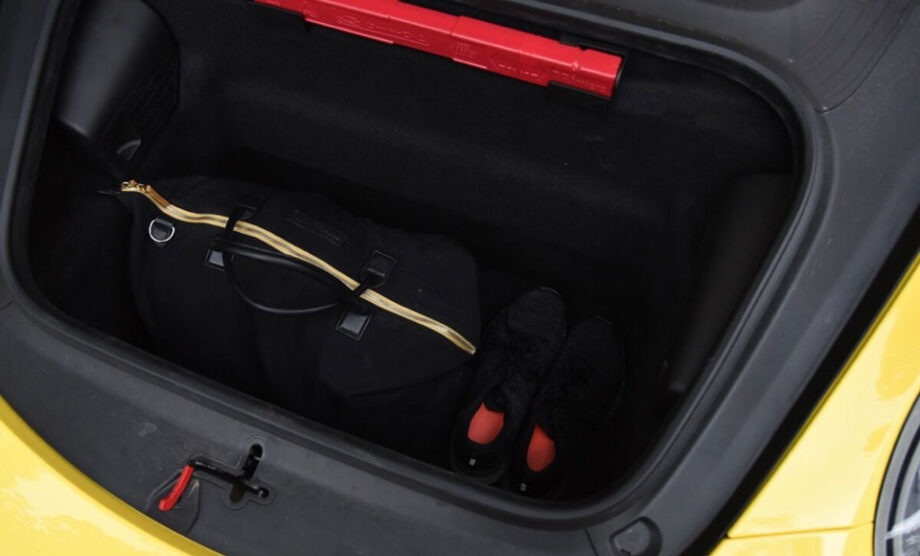 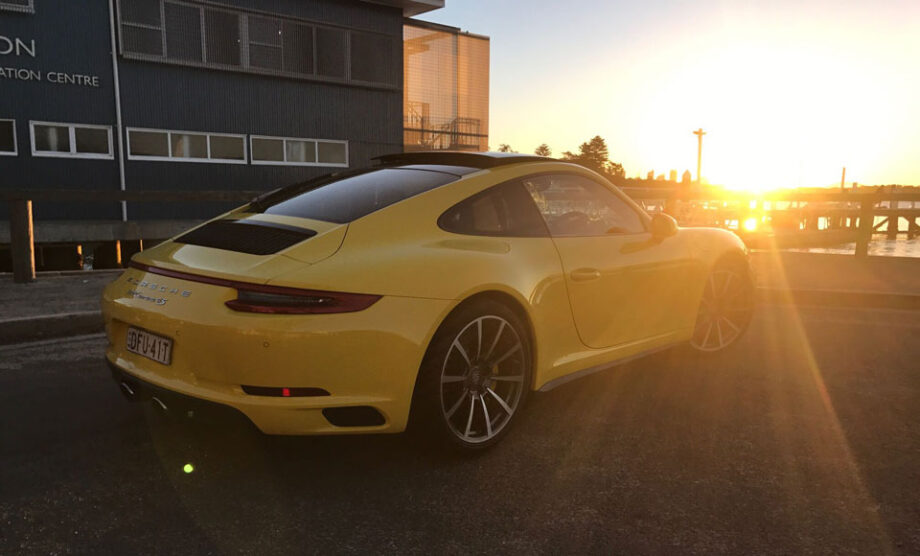 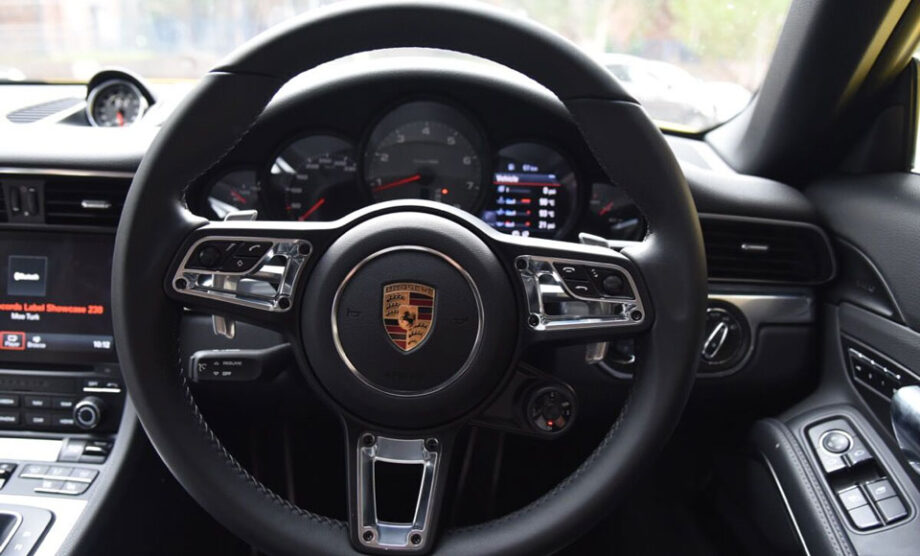 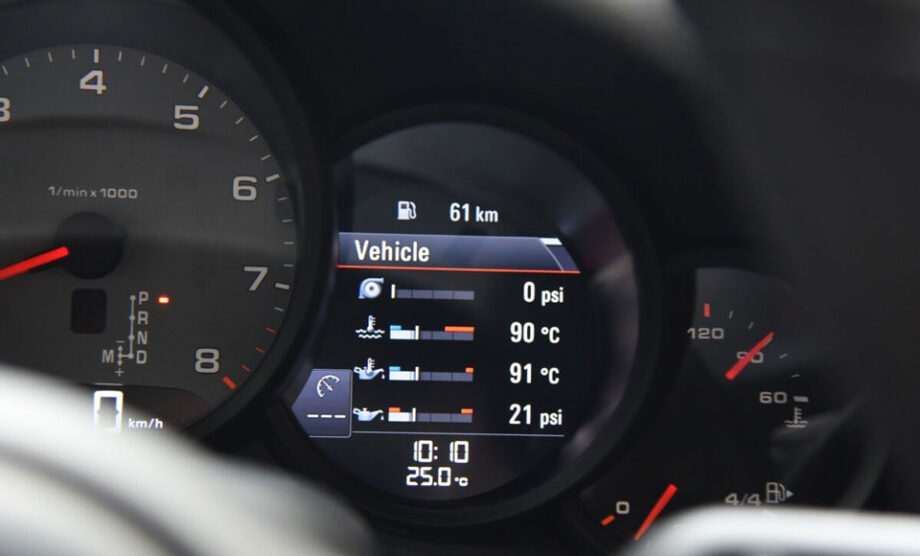 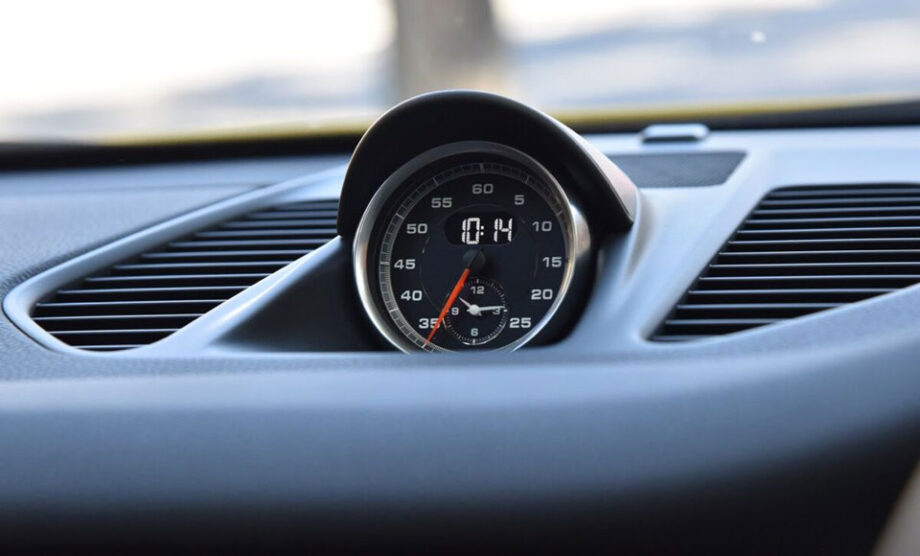 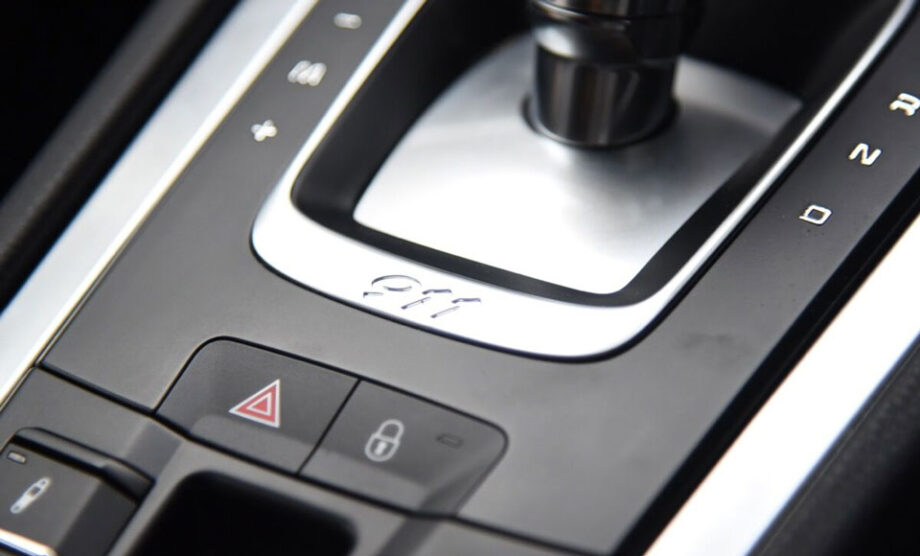 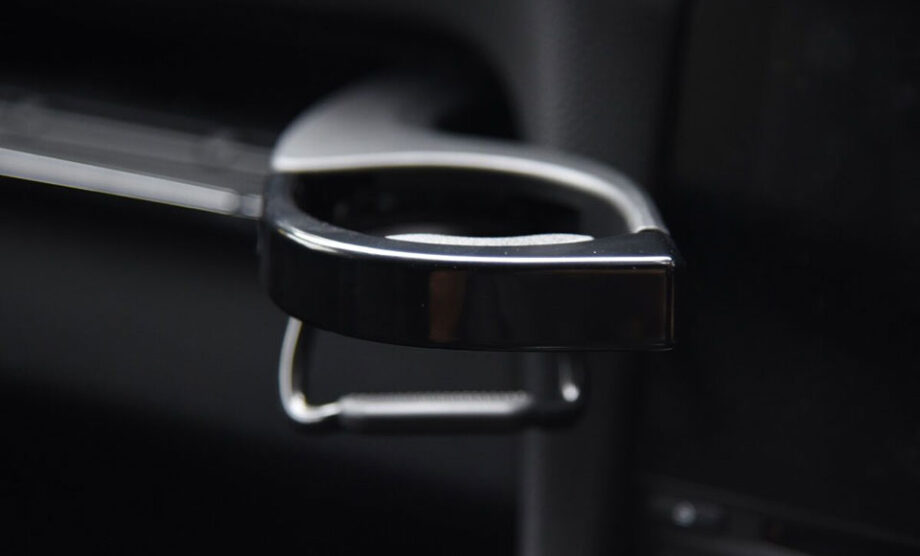 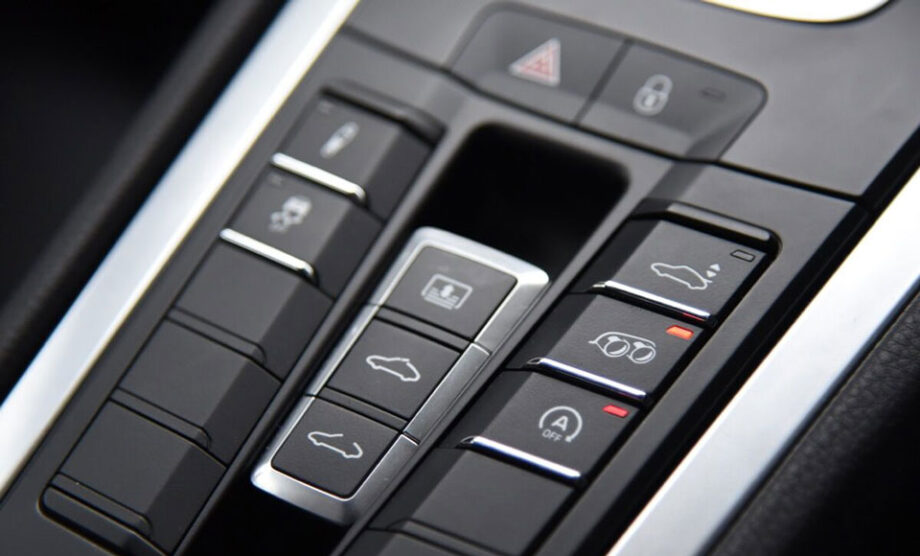 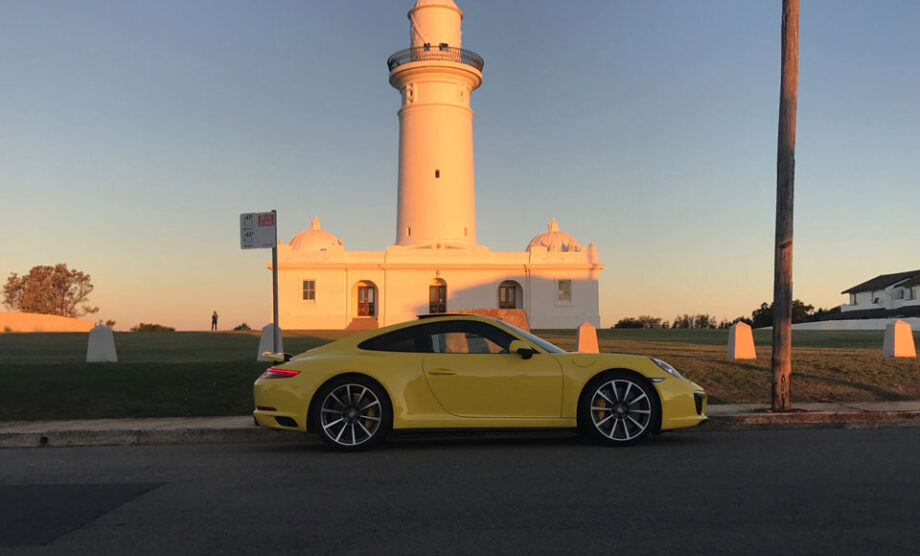 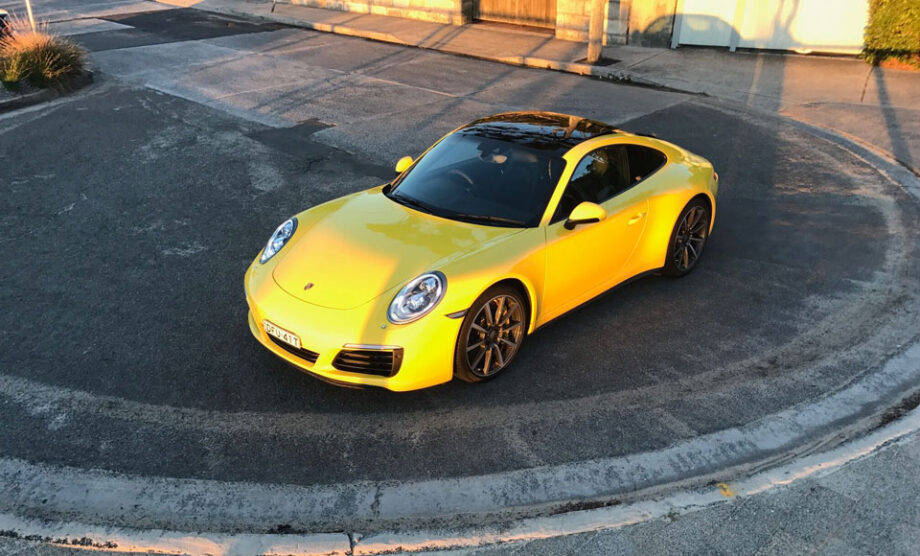