Let’s face it. There are those days when you’ve copped an absolute eyeful and all you want to do is close them and zone out to some of your favourite tunes – think lovemaking anthems – think ‘Danger Zone’ by Kenny Loggins.

The only issue? Your flatmate is hosting date night back at the apartment and your only option is the local park. Enter your saviour in pure audio bliss. Portable sound systems, or as 2017 likes to call them, portable Bluetooth speaker systems.

Indeed the humble boombox is dead and buried. Taking its place in today’s fast-paced music world are high-powered speaker units which can be mobilised and connected to just about any smart device whether that be wirelessly or through analogous means.

Trust us it’s not as confusing as it sounds. Today we’re foregoing the cheap and nasties to track down some of the best portable sound systems on the market. Listen up. 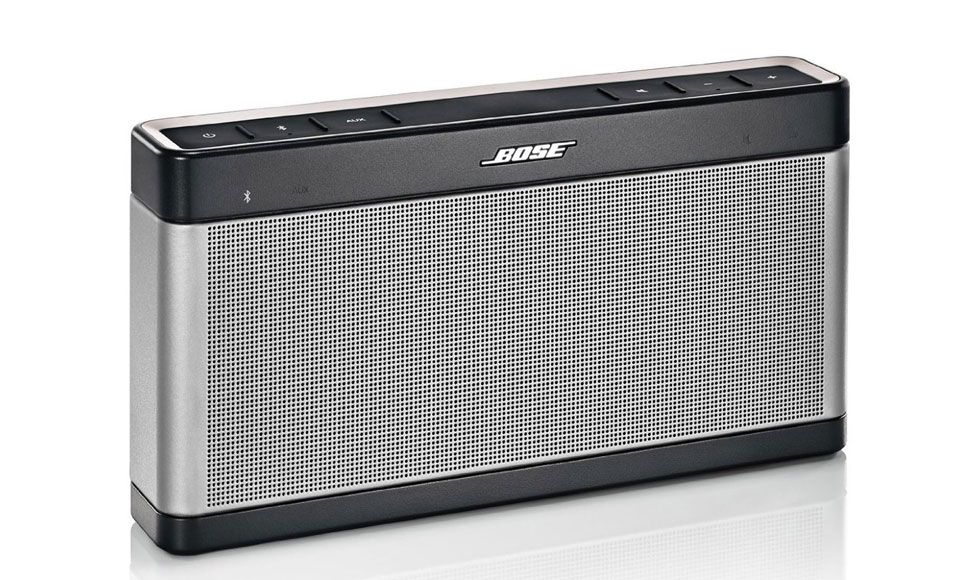 The Bose SoundLink III is the American audio company’s latest portable model which has received accolades from users around the world. As expected of any premium audio brand, the sound quality must be of exceptional standard and the SoundLink III earns its stripes with ease. On the technical front it plays louder and has better stamina than its predecessors. Four drivers along with two passive radiators ensure that the full-spectrum of audio and clarity is maintained at any volume level. And let’s not forget that sweet bass which packs a serious punch for a unit of this size. Simply connect to any device with music via Bluetooth and you’ll have 14 hours of continuous music ready to go on a single charge. It’s sleek and elegant design also ensures it’s at home both indoors and outdoors. 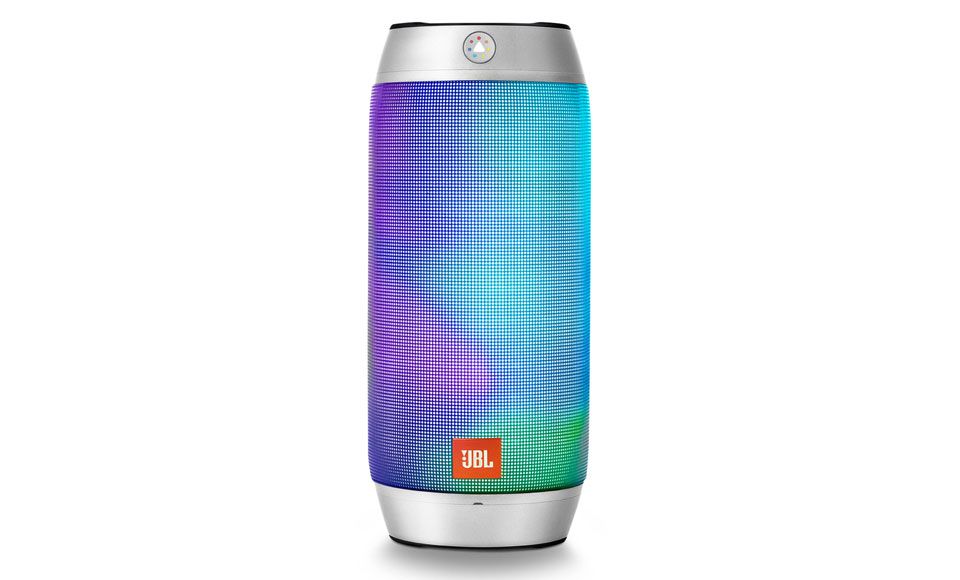 One of the brands paving the way for portable sound systems is JBL. Their latest venture into the portable Bluetooth speaker scene has lead to a cylindrical barrel of good times, bright lights and even better sound. It might look gimmicky at first with its flashy spectrum of lights that act as an equaliser to your tunes, but make no mistake this unit is fine tuned by the sound boffins at Harman down to a tee. What this means is an astounding range of clarity and bass delivered from the twin mini-subs and middle sound bar portion. Distortion is also kept at a minimum through the volume range whilst the intuitive controls on the back allow users to see the volume level via LEDs as well as being able to customise the light show to your liking. Don’t like the lights? Simply switch it off and take it poolside where the unit’s splash proof properties allows it 10 hours of continuous play time at 360 degrees. 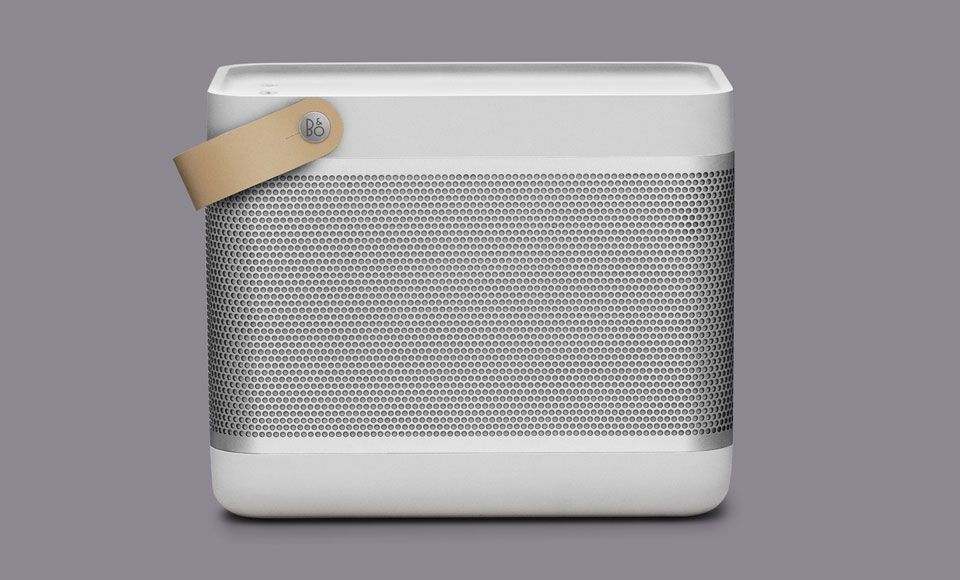 The Germans know how to engineer a serious portable speaker even if it does look like a glorified Esky. What punters are getting though is 240 watts of power sent through a full 360 degree spectrum with exacting clarity and detail. The unit also comes equipped with an alarm so that you can awake from your slumber to Slipknot (if that’s your kind of thing). Bluetooth connectivity, 24 hours of playtime, an aluminium body and a full grain leather handle strap epitomises the attention to detail that seamlessly merges with functionality in the Beolit 17. 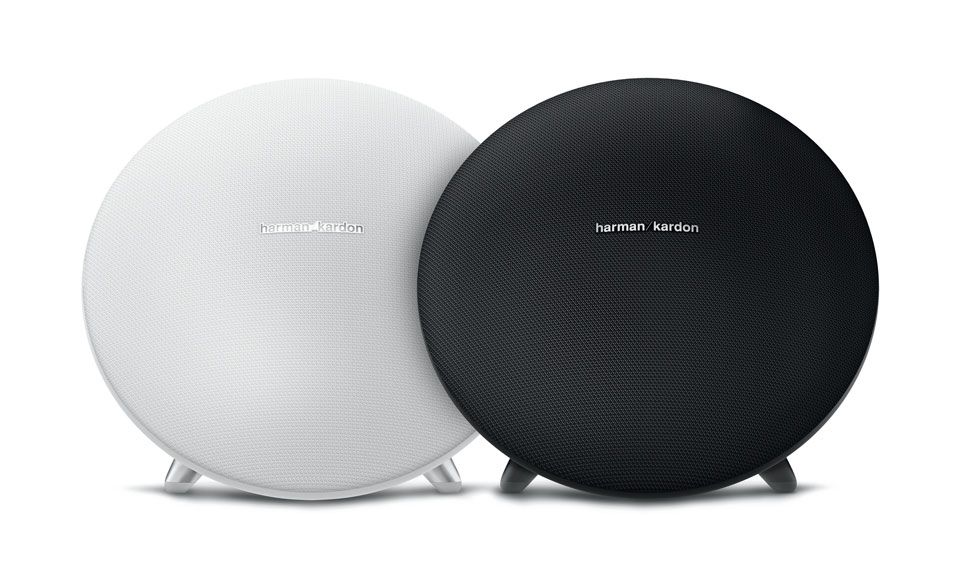 Easily the most attractive system on the list, the Harman Kardon Onyx Studio 3 straddles the fine line between interior design and pure audio bliss. It comes in a range of attractive colours and features a build quality that is second to none for a portable Bluetooth system. Functionality is also up there with the others with the Onyx Studio 3 capable of connecting up to three devices so that music can be shared. It’s runtime is only five hours but it makes up for it with features such as a built-in mic for conference calls and the option to wirelessly link two Onyx speakers for an even more immersive audio experience. 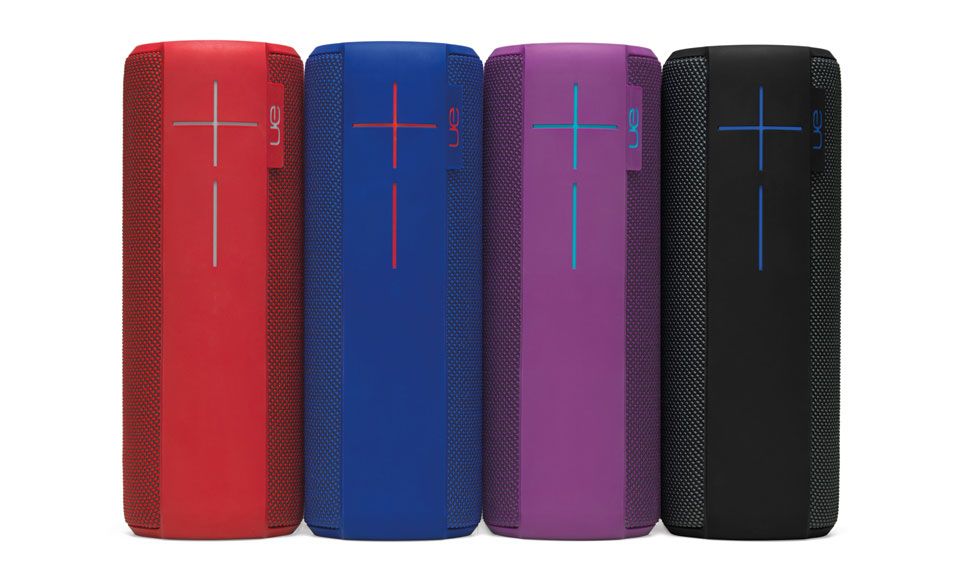 Often credited as the device which launched the portable speaker craze into the mainstream, UE – that stands for Ultimate Ears – by Logitech has been evolving their speakers with every new model release. Currently there’s three different models with the MegaBoom sitting at the top of that family tree. The popularity of the device is due to its robust construction which includes a 1 metre waterproof rating for up to 30 minutes. This alone should be enough to keep them ahead of the game but UE didn’t stop there. The unit lives up to its name by producing some seriously heart-pounding bass which is enough to get any bingo party going. Each charge affords 20 hours of playtime whilst each unit can be paired with another Megaboom for an even wider spectrum of music in large areas. 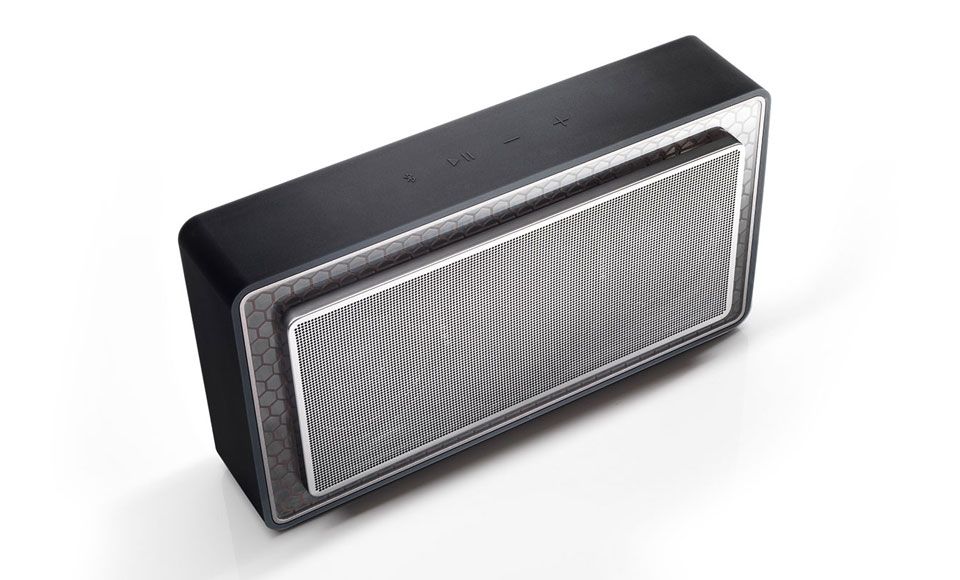 One of the most extravagant ways to enjoy music on the go is with Bowers & Wilkins T7. It maybe small in stature but look closer at the details and you’ll find state of the art audio engineering paired with striking industrial design from the labs of Bowers & Wilkins. The central twin bass radiators deliver dynamic audio with serious depth and impact whilst two 50mm driver units on either side produce high-performance sound anywhere life may take you. The speaker connects to devices via Bluetooth and boasts 18 hours of play time per charge. 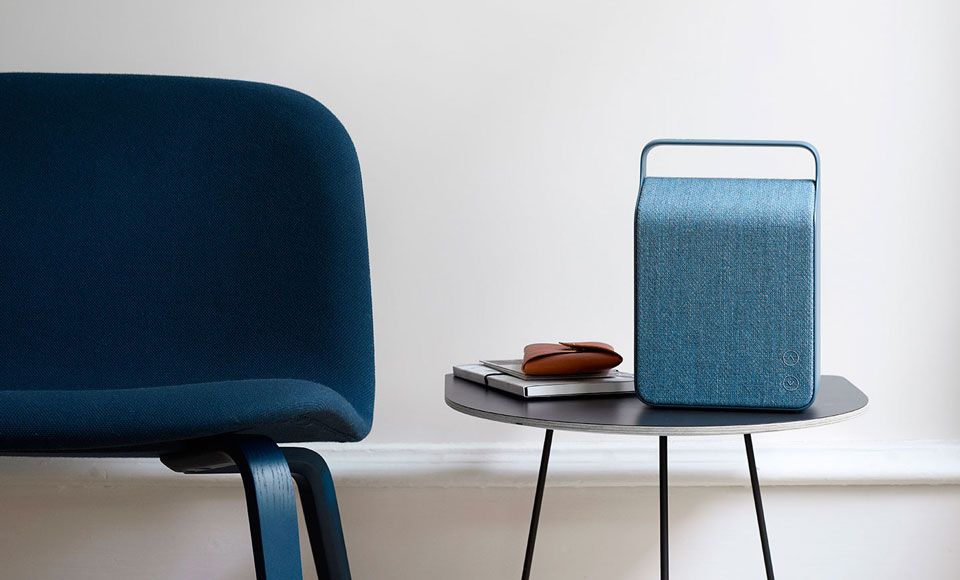 You’ve heard of Scandinavian interior design and now you can pair that with the meticulously crafted Vifa Oslo, one of the most beautiful portable audio systems you’ve probably never heard of. On the technical front it relies on a single piece of diecast aluminium for the structure whilst housing twin 50mm Vifa units with an aluminium cone and powerful neodymium magnet. An additional pair of 65mm Vifa units form the subwoofer to produce an experience of astonishing sound quality in a compact package. To top it off the Oslo uses a wool cover made from selected yarns carefully woven into a specific pattern that’s been designed by Kvadrat.