In 1991, Taiwanese international airline, EVA Air was the first to introduce ‘Evergreen Class’. Evergreen Class was later renamed to Premium Economy and had since become the first airline to offer this class of service in the world.

It’s taken nearly 10 years of business travel to finally experience Premium Economy for myself. I was keen to see just how much schlepping was actually happening in the Premium Economy cabin and whether it could spell the end of Business Class travel for the rest of my life. 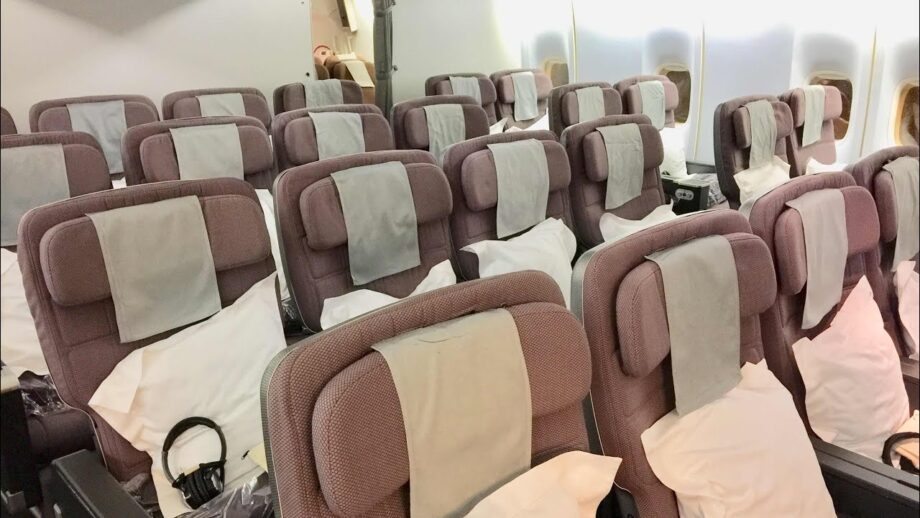 After spending ten days in Cape Town I treated myself and my partner to a cheeky upgrade from our booked economy seats. My Platinum status could not get us to Business, instead, I scored the Premium Economy (45,000 Qantas Frequent Flyer points) and my partner, well, stayed back in Economy. Thankfully the two larger women she was wedged between provided ample buffer from her anger toward me. Note: Always book on the same ticket to receive priority upgrades together. Duh!

Qantas operates their few remaining 747s between South Africa and Australia with the airline’s previous generation Premium Economy (before David Caon gave it a revamp in 2017). To be brutally honest, this older generation looks to be every bit as good as other airlines’ current offering. 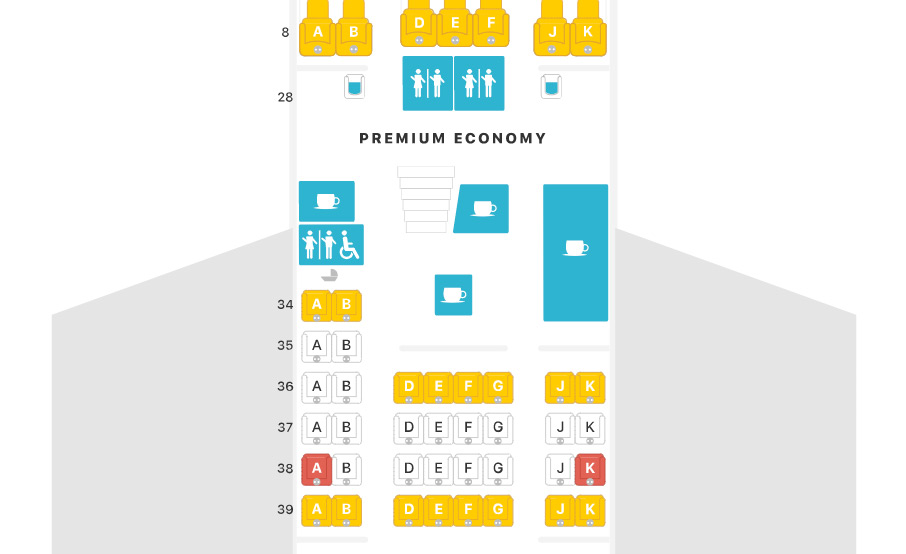 The intimate Qantas Premium Economy cabin (2-4-2 layout) has 36 reclining seats with a pitch of 38 inches and a width of 19 inches. In comparison to a standard Qantas business class seat, you don’t get lie-flat benefits and only gain 2.5 inches (6.35 cm) in seat width, which is bugger all, really. I opted for 36E bulkhead seat which Seat Guru says it not a great choice, but I didn’t want to climb between people and seats to go to the bathroom.

You can recline far enough to get a good night’s rest and avoid neighbours falling all over you. If you’ve ever flown Jetstar’s Business Class offering I would say it’s similar to that, however a touch more expensive.

A word on the Qantas Premium Economy service…

You’re offered a drink before takeoff, which in my humble opinion, is one of the simple pleasures of premium cabins. Being Qantas Platinum I was offered first dibs on the meal services. Options remained the same, however, you’re a Mr O’Toole rather than a Sir and you get your prefered meal choice.

The meal service itself is shortened into one round, rather than the usual entrees, main and dessert services you’ll receive in Business Class. You’re upgraded from Economy foil top meals to well-presented food with silverware and glassware, albeit on a small tray.

In-flight entertainment is the usual Qantas armrest system. The software does need an upgrade because it’s painfully slow, but the movies and tv shows are top-notch. Ballers and Billions. You’re also supplied with a pillow, blanket, eye mask, earplugs, socks and toothbrush.

Lastly, there’s no lounge access with Premium Economy so make sure your status credits are topped up to Gold or Platinum to enjoy the pre-flight perks.

So here are the big questions answered…

Is Premium Economy worth paying double an Economy?

That’s a tough one. If you don’t care about flying cattle class, then you’ll never care about Premium Economy. If you do make the splash you have the added benefit of putting in for an upgrade and hopefully getting bumped up to Business Class. Plus the smaller cabin, reclining seat and private bathroom make a long haul flight more bearable but at a price.

Would I fly Premium Economy over Business Class?

Considering the average return ticket to Europe or the USA is about A$5,000 (compared to A$9,000 for Business), then yes, I would say pay for the Premium Economy seat and put in for an upgrade.

What’s the best seat to get in Premium Economy?

Definitely go for the window and aisle. Avoid the back seats as they don’t recline as far.

Is Premium Economy double the price of Economy?

All in all, I would say, yes it totally is. For most of us, A$9,000 is totally out of the question for a European holiday, so this is a fair compromise when you’re dropping A$20,000 on a Summer holiday.

Has it ruined Business Class forever?