Putt-Putt golf – or mini golf, crazy golf or any other variation – is a miniaturised version of golf that scales down 9- or 18-hole courses to something much smaller, placing holes just yards from the tee. Putt-Putt is actually the trademark name of an American company that builds miniature golf courses, and the World Minigolf Sport Federation (WMF) – yes, that really exists – would prefer you call it mini golf.

In mini golf, you won’t be playing on real grass either, but rather artificial surfaces, and you’re also less likely to find water or sand hazards. Putt-Putt golf does, however, introduce other obstacles designed to make gameplay fun, if somewhat challenging. These can include tunnels, ramps, windmills, and even the simple wall that you’re required to navigate.

The game has been around since the early 1900s and today, it has become an incredibly popular activity for families, couples on dates and bucks parties. Some courses allow you to drink whilst making your way around, turning it into a perfect afternoon or evening activity.

Sydney knows this, and along with being home to a number of regular golf courses you really need to play, also hosts a number of miniature golf courses. These pint-sized courses are both fun and challenging at the same time, and many offer their own unique course structures. Here are the very best Putt-Putt golf course in Sydney City and the surrounding areas.

Found yourself in Melbourne? Here are the best mini golf courses in the southern state. 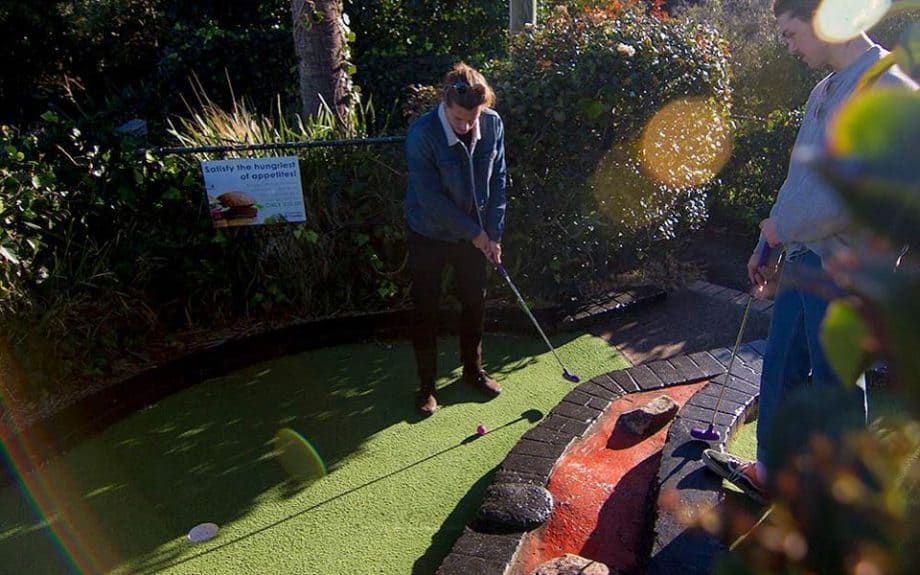 Pittwater Golf Centre may be home to a top-notch driving range, but it’s also home to 36 holes of minigolf craziness. Two 18-hole courses await you and your mates, both of which are pirate-themed (it’s for the kids) and you have the option of playing one or both courses. For a bit of help, Pittwater has videos on its website that show you the courses, so you can one-up your mates by seeing how the courses will play out.

Pittwater Golf Centre can cater for corporate events too, and it even operates a BYO drinks policy so you can get more and more ‘confident’ as you progress through the holes. 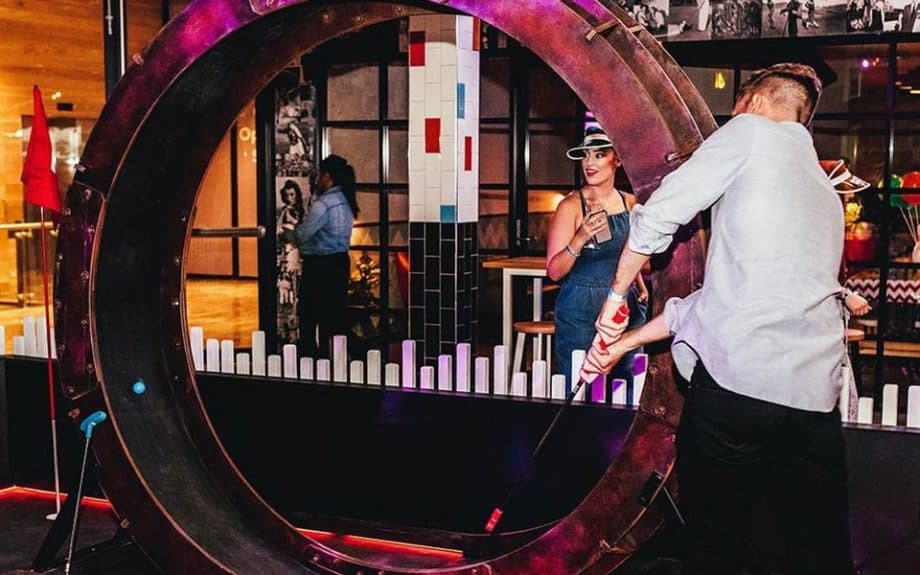 Holey Moley is perhaps one of the better known miniature golf experiences in Sydney (and Australia), with locations dotted around the city. Each venue offers a varying number of holes, owing to space, but all offer a fully-stocked bar, kitchen and cleverly themed holes that will keep you amused for hours.

The Darlinghurst venue has 27 holes on offer, set over three courses. You won’t find classic minigolf obstacles such as windmills and castles here, but instead, themed holes based on pop-culture shows such as The Simpsons and Game of Thrones. They make for great conversation starters and photo opportunities, so are the perfect place to take that special someone. 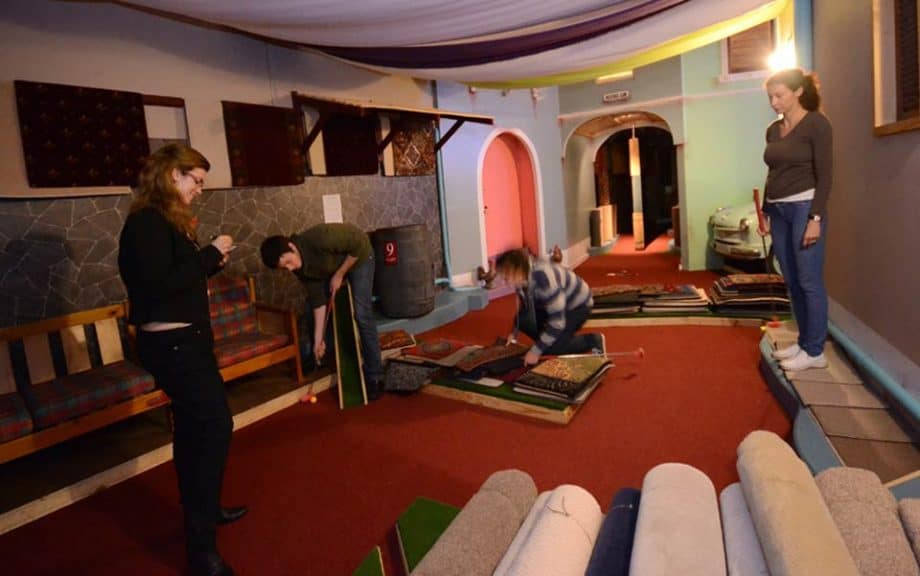 Head out of Sydney CBD and down to the Sutherland Shire for a visit to Putt Planet. This completely indoor venue transports you back to Old Mombasa in Kenya for a uniquely-themed Putt-Putt experience, with each hole requiring you to navigate laneways, passing houses and shops as you go.

Customer service is second-to-none and an on-site cafe with licensed bar will happily refuel you after an intense minigolf session. 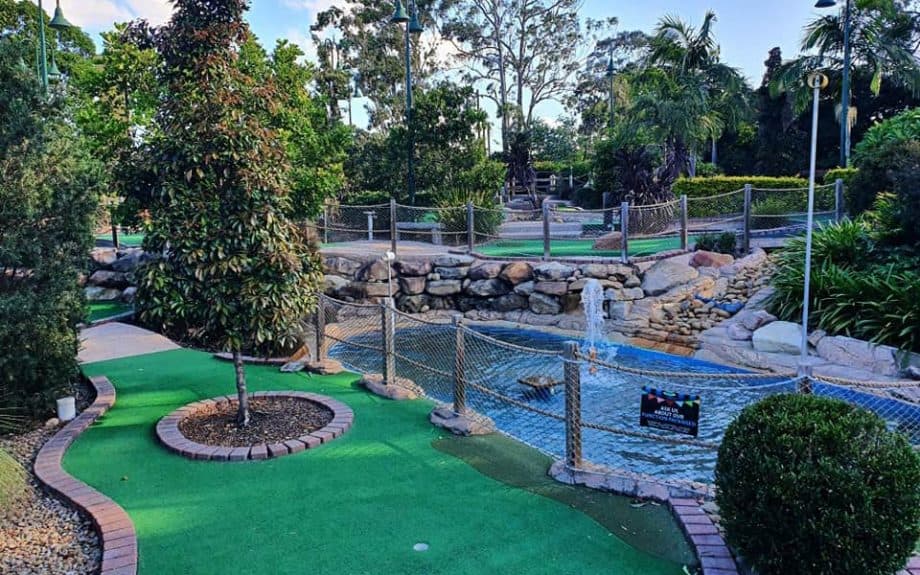 Thornleigh Golf Centre, like Pittwater, has two 18-hole minigolf courses named ‘Palms’ and ‘Billabong’. Each offers a similar experience, passing rivers, going across bridges and even coming up against waterfalls, so those water hazards we said you’d be able to avoid, may well be a factor at this minigolf centre.

If you’re keen to hit balls with some power, but don’t fancy the idea of having your minigolf ball flying off and hitting someone, you can always try your hand at the centre’s driving range instead. 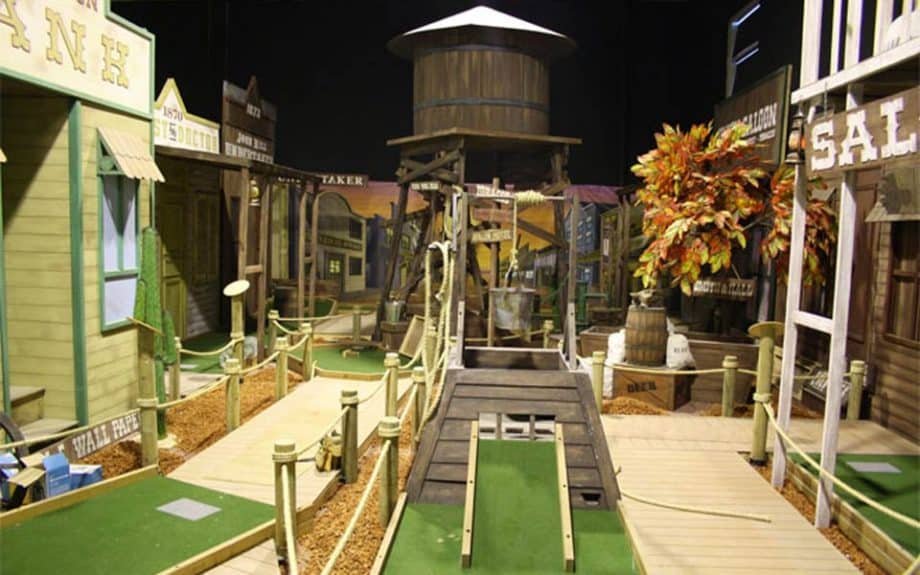 Campbelltown’s Mega Mini Golf is an 18-hole course that transports you through three completely different themed areas, including Under The Sea; Pharaoh’s Tomb and the Wild West. The various themed areas will put a range of abilities to the test, making it a perfect course for the competitive type, and better still, the entire course is indoors, ideal for when the weather turns sour.

You’re able to hire out the venue for private functions too if you have 50 or more friends or colleagues, which gives you two whole hours of unlimited golfing fun. 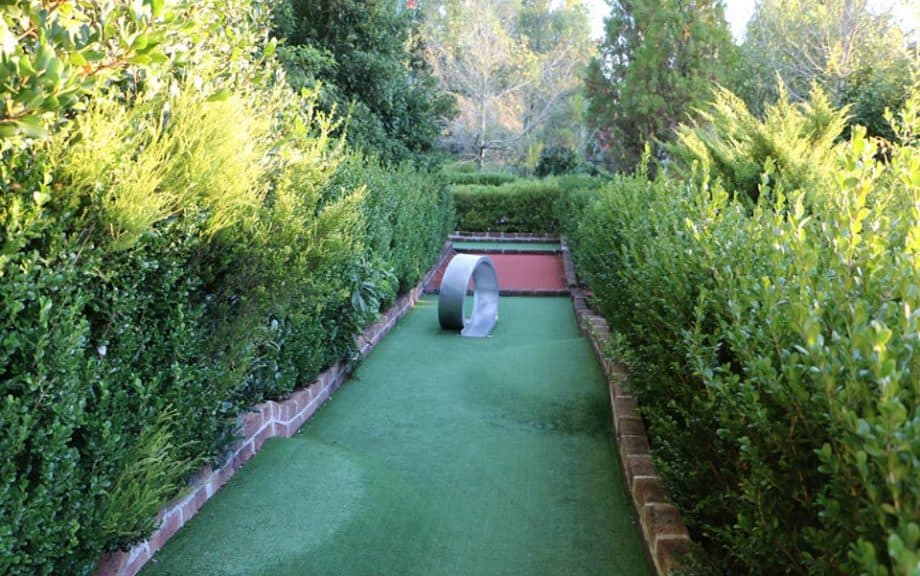 A good 45-minute drive Northwest out of Sydney CBD will bring you to Dural Putt Putt. It will be well worth it, however, as it’s rated as one of the very best minigolf centres in the entire Sydney region. Hosting two 18-hole minigolf courses, Dural’s courses wind their way through landscaped gardens, surrounded by trees, bushes and hedges. It’s an outdoor venue for sure, so you’ll want to make sure you take sun lotion during the summer months.

As with the other courses on this list, Dural Putt Putt will happily cater for corporate functions and private events, including weddings, should you and your partner wish to smash a few balls after tieing the knot. 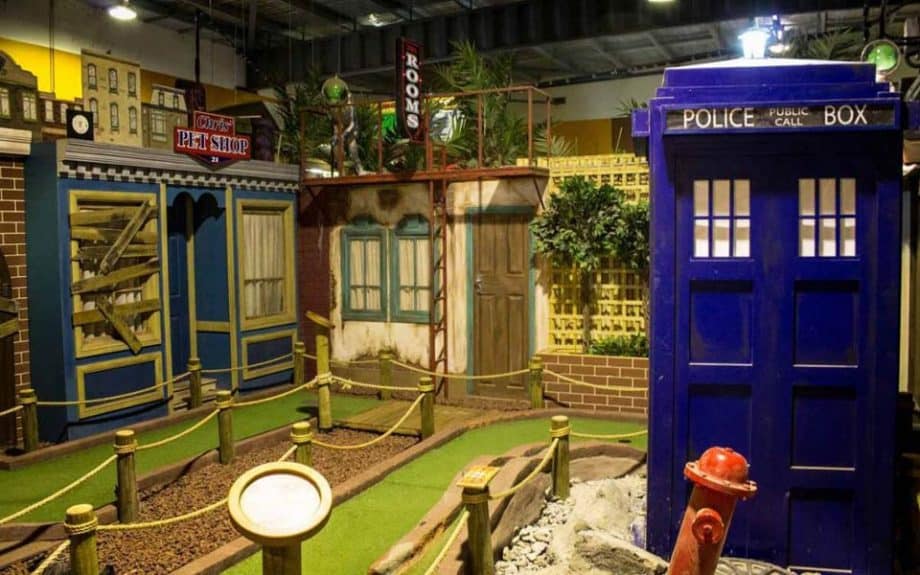 Way out West in Penrith is where you’ll find Unreal Minigolf, which promises to offer an unreal golfing experience. You’re presented with just the one course (which is indoors) but each hole is individually themed, taking you from the jungle to a scientist’s lab, to Ancient Egypt. It’s certainly a modern-day course too, with paper scorecards a thing of the past. Instead, you can download the Unreal app to keep a log of scores on your phone, which you can save so that you can aim to beat it on your next visit.

Once you’re finished, you should try out the much-raved Dippin’ Dots ice cream, which serves up an entirely different ice cream experience to your run of the meal gelato. 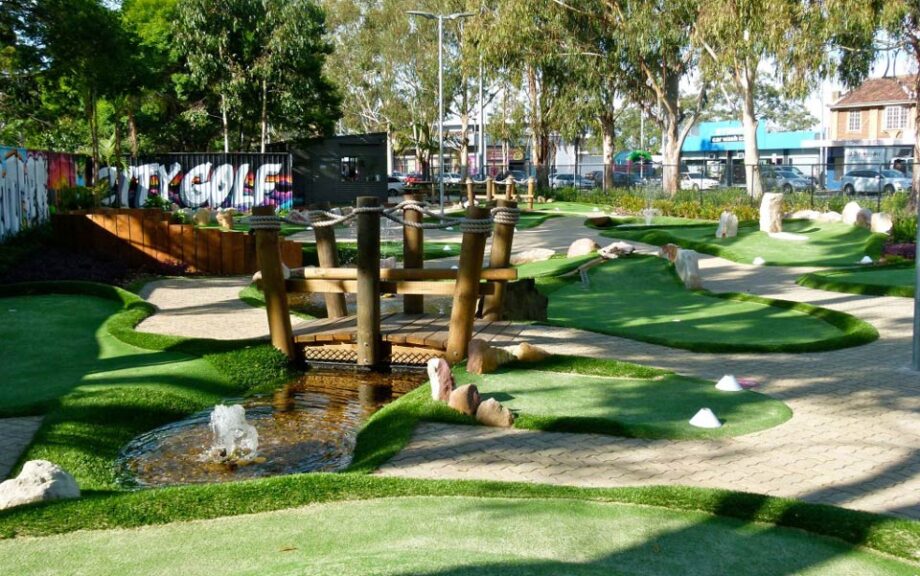 With 18 miniaturised holes set up to a European design, both adults and children alike are able to tackle each and every one of them in a number of different ways. Floodlights mean you can continue playing when the sun goes down and, naturally, you’re able to hire out the course for functions, parties and the like.