Formula 1 is one of the world’s most popular spectator sports, and is experiencing an unprecedented boom in popularity – in no small part thanks to the unparalleled success of Netflix’s docu-drama series, Drive To Survive.

F1 drivers are also some of the fittest athletes on the planet and take their jobs very seriously. While a few like Daniel Ricciardo know when to have a bit of fun (if only for the cameras), most F1 drivers are serious (and smooth) operators. There’s no room for too many off-track antics.

While it’s refreshing to see a sport where the athletes are, well, athletes, it does leave some die-hard F1 fans longing for a return to the more flamboyant nature of years gone by.

F1 used to be known for the larger-than-life characters (and antics) of its drivers. The womanising, rule-flouting James Hunt; the hate-filled rivalry between the hot-blooded Aryton Senna and the master tactician Alain Prost; the stratospheric egos of team owners like Flavio Briatore and Bernie Ecclestone…

The comparatively straight-laced modern grid pales in comparison to the ‘I don’t give a fuck’ attitude that has defined F1’s history. Just take a look at this photo of Keke Rosberg and Emerson Fittipaldi chatting off the track in the 80s.

Take it all in: Rosberg’s positively pornographic moustache, the incredible retro sunglasses both are wearing, Fittipaldi’s tight polo into even tighter jeans… Never mind the fact that Rosberg’s parading around with his shirt off.

Modern F1 drivers wouldn’t dream of being so casual, despite being in better shape than any F1 driver from the 20th century and perhaps more entitled to flex their gains. Hell, Rosberg’s clutching a pack of Marlboros – could you imagine Max Verstappen or Sebastian Vettel having a smoke? The closest modern F1 drivers come to having a vice is Lando Norris’ obsession with streaming or Lewis Hamilton’s love of flashy clothes.

Another driver who loved getting his kit off (in more ways than one) was the legendary James Hunt. Here he is, in his element, at the 1975 US Grand Prix:

This weekend will see round 10 of the 2022 Formula One World Championship, the British Grand Prix at Silverstone Circuit. 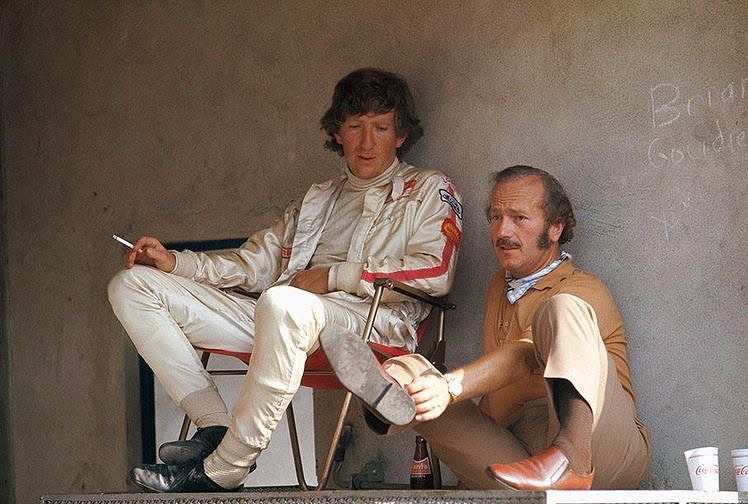 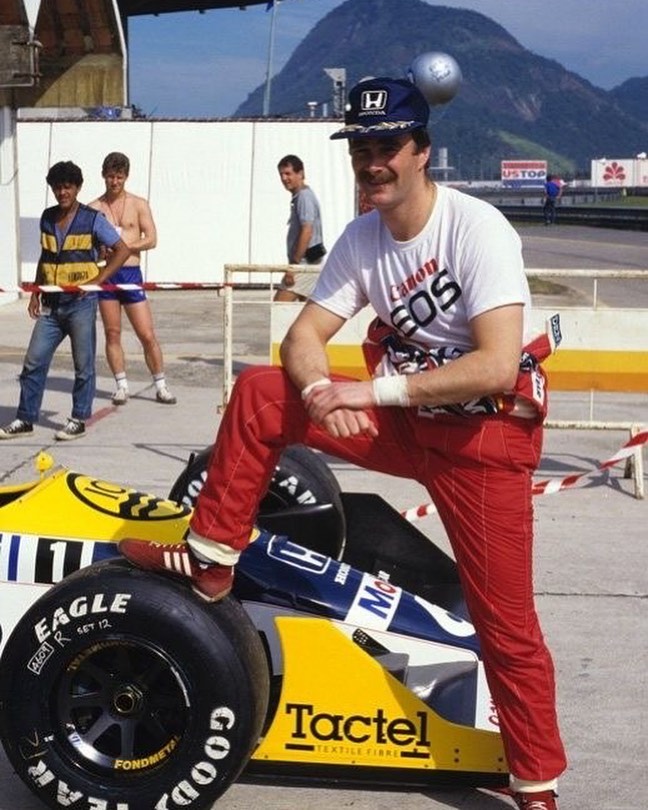 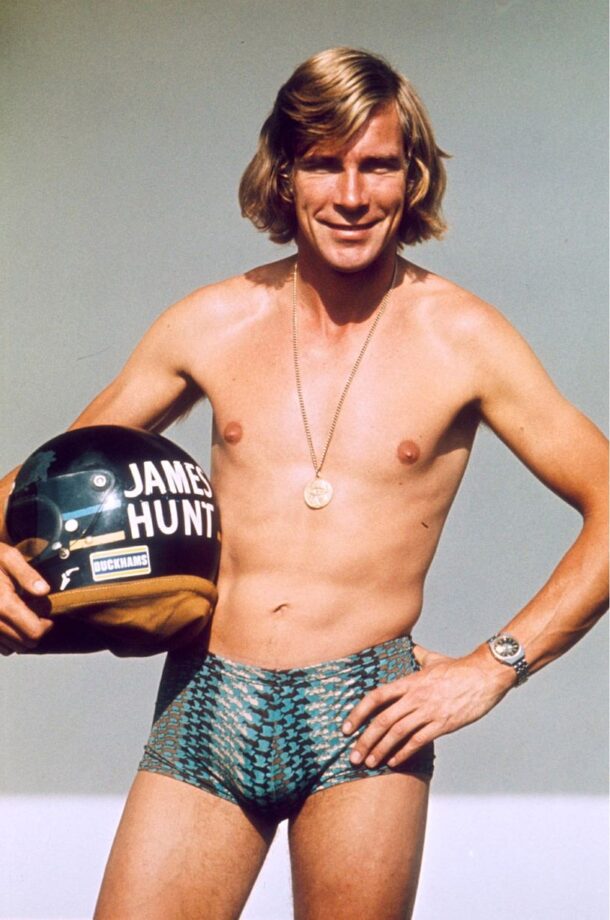 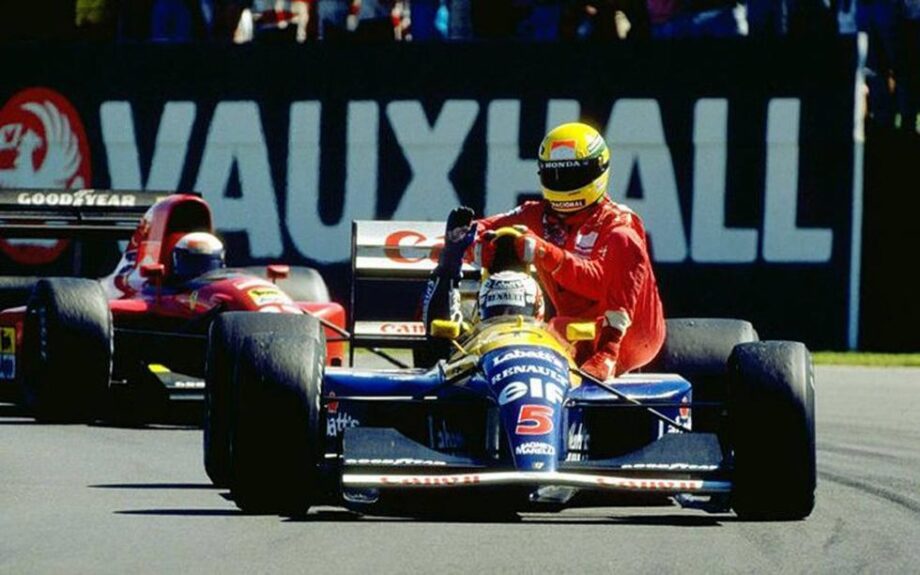