Rob Lowe was spotted outside of celebrity hotspot Craig’s in West Hollywood after celebrating his father’s 80th Birthday. The dinner was a family affair with three generations of Lowe men there, including father Chuck Lowe, Rob Lowe and his sons John and Matthew Lowe. Fellow actor and brother Chad was also at the celebration at one of LAs most popular restaurants.

The celebrations must have taken a turn though as Chuck Lowe could later be seen holding his son in a headlock as they were outside the restaurant. Luckily for Rob, the fight didn’t continue and risk damaging the star’s stylish Rolex that he was seen wearing. The discontinued (ref 116710BLNR) US$14,000 (AUD$20,600) GMT-Master II Ceramic Black and Blue Bezel Batman was a hot item amongst Rolex fans and can count Lowe as one of them. 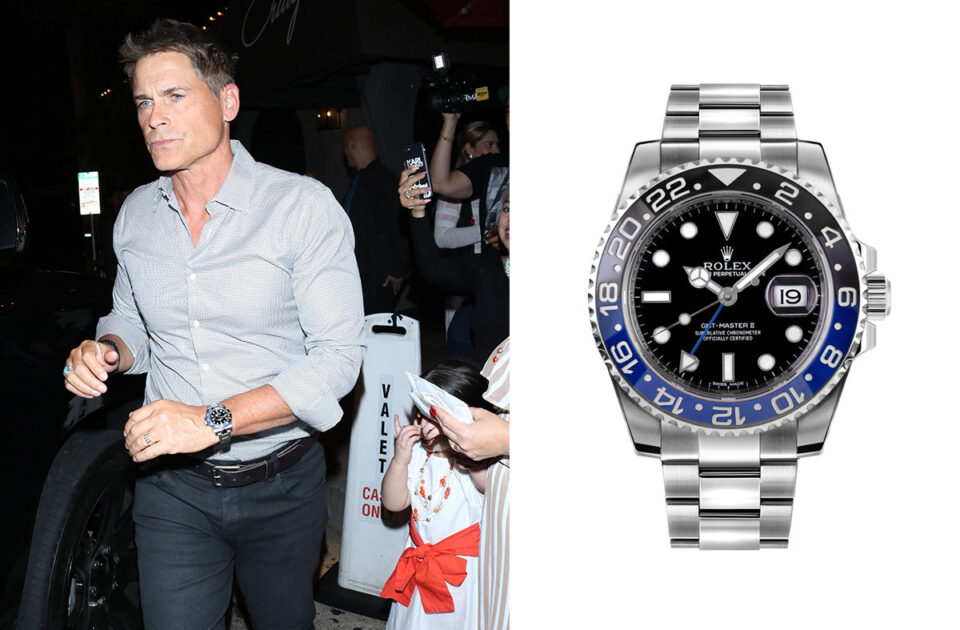 His model features the Oyster bracelet with a steel case and was the latest in a series of GMT-II watches that were originally created for pilots. The watch was designed to show the time in two different time zones simultaneously during intercontinental flights. Rolex recently updated the Batman model to be on a five-link Jubilee bracelet but still features the ceramic bezel with sapphire glass.

The actor posted a photo of the occasion on his Instagram which was proceeded to be mocked by the family for the filters he used.

His sons are known trolls on Rob’s Instagram, often criticising the star for his frequent topless photos.

“Maybe skip chest day for a while.” – @johnnylowe

The sons actually starred alongside their father in 2017’s The Lowe Files which was an A&E produced reality TV drama that followed the famous family as they explored haunted places throughout America. Two boys, John and Matt, did not follow their father into Hollywood instead both boys have gone to college.

The son wasn’t the only one to appear in a photo that night with Lowe, as a crazed blonde fan took her chance at a selfie with the star as he exited the restaurant. The fan can be seen running up to Lowe before quickly getting in front of him and taking a quick selfie. The Full House star seemed unfazed by the antics and didn’t even notice the chaos around him. 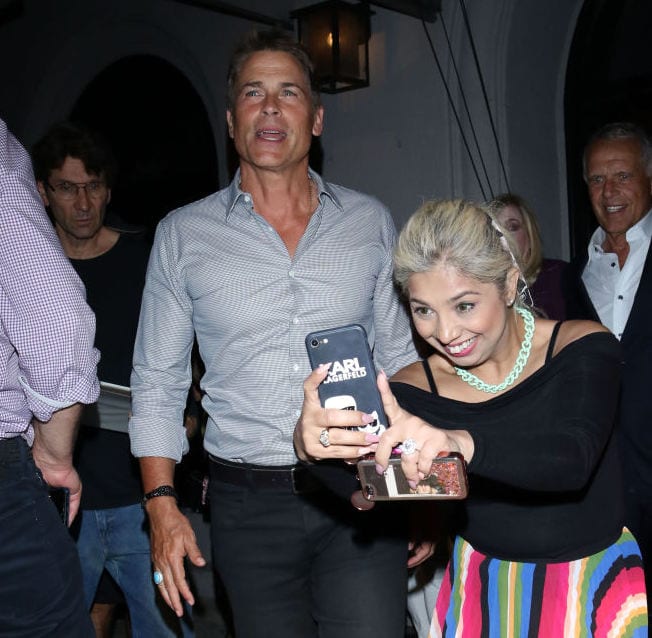 Rob Lowe has just been announced as the star of the 9-1-1 spin-off 9-1-1: Lone Star which will see him star alongside Liv Tyler. The show follows Lowe as cop Owen after he relocates to Texas and tries to balance his professional and personal career.