Ryan Reynolds style has come a long way since his flakey, comic role in ‘Two Guys, A Girl And A Pizza Place’.

Reynolds flicked the switch – from chick flick actor to action stud – when he underwent intense physical training to play Hannibal King in ‘Blade: Trinity’. A change in physique propelled a change in style too; transitioning him from the unfashionable college goof Van Wilder to the red carpet ruler you see today. Let’s take a closer look at scoring his style.

Breaking It Down – Ryan Reynolds Style 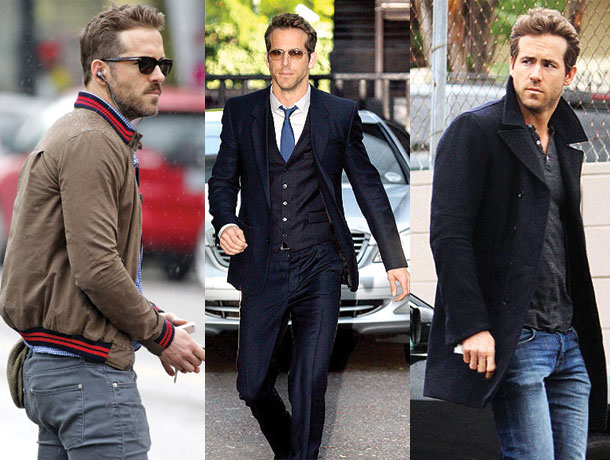 Casual wear also stays Fifties inspired, while reworked jackets in cool suedes, rich denim and English-cues (think gilets) eliminate any costume-y aesthetics from the vintage outerwear. But, if you had to choose one, lonely adjective for Ryan Reynolds style, it would have to be ‘blue’. 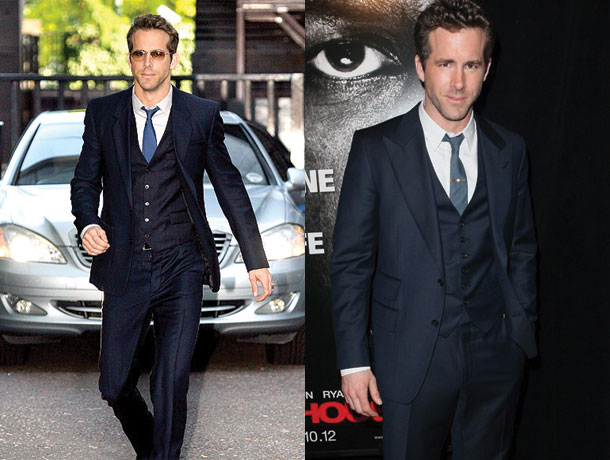 Reynolds adores the dark blue suit. And he is rarely seen without all the trimmings: waistcoat, tie and tie clip. Making it a tonal affair, the actor keeps the colour blended, orchestrating a lighter shade of blue for the tie usually, while – on the odd occasion – interchanging the matching waistcoat for a one – still blue, but with a subtle pinstripe.

Whatever suit he choses, the fit is immaculate – hugging across the chest and shoulder; making the gym junkie look leaner and lengthy, instead of a squished sausage in a nice suit. 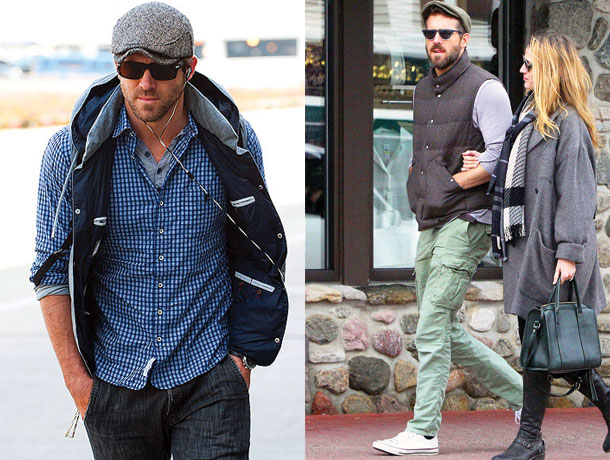 Like an English chap on an autumnal stroll, Reynolds dons the perfect layered look: flat cap, long-sleeve shirt and wait – a gilet – hood, optional. While the style has been known for dad-ish qualities, Reynolds reinvents the potentially drab look. And it’s all in the texture.

The cap is a rustic tweed, worn nonchalantly as if it’s a last minute addition. Then, the gilet – comes open or closed – the latter working as a casual waistcoat-esque item. Done up, it’s far more functional for the cold with kangaroo front pockets to stuff the hands into.

A gingham print shirt adds more visual interest to an all-blue look over raw denim, while chillaxed cons in vibrant white sports-up a pair of utility pants; don’t you ever call them cargoes. 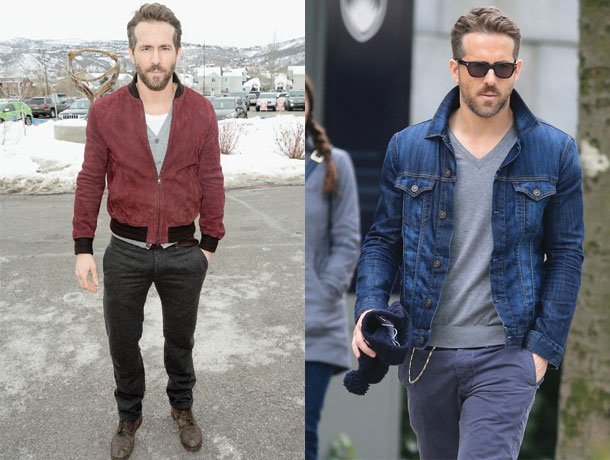 Timeless style (seen in Reynolds approach to suiting) ebbs into his casual attire too. Rocking an American cool-dude vibe – the casual jacket forms the basis of the swoon.

Denim is key. Again, the actor’s penchant for blue translates into rich indigo hues (never too washed out) on an open, vintage jacket – refined with a sleek cashmere sweater (no tee to eliminate bulkiness), over a pair of blue-ish grey chinos.

Elsewhere, the moto jacket emerges, reimagined for 2015 in marsala red, which is dominating men’s wear this season. In lustrous suede with black ribbed detailing, Reynolds styles the textural piece over tweedy trousers and worker boots. It’s a modern take on an American casual classic. 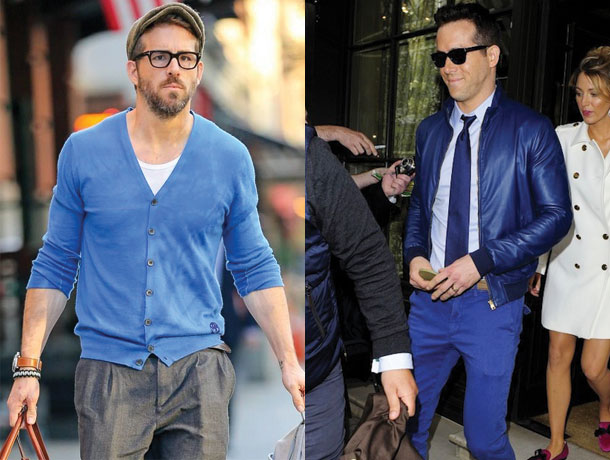 Yep, Reynolds is basically having an affair with the colour blue. It’s a great colour and suits his skin tone well. And, it’s super masculine, turning a lightweight cardigan (over pleated wool trousers) into something more rugged (the beard also helps).

But the biggest extravagance is the actor’s blue jacket. It’s a bold move – coloured leather, especially when the blue continues matching-ly onto preppy chinos, then slips on over to the tie. Yet, the electric hue is captivating and its brashness is offset by a stark white shirt and black wayfarers. Blue works best with muted hues, and as a fan of blue, Reynolds has learnt this blocking move.