Ah, Facebook Messenger. Once a mere afterthought added to the social media platform for a cool $19 billion and now a bonafide form of communication for users all over the world.

Since mid-2014, the Facebook Messenger app has done quite well in catching up with competitors having added a string of features to the service, including the ability to send money to friends, pull up a voice or video call and even order a private car from inside the app.

In a bid to stay at the top of the leaderboard, last week Facebook announced it would begin testing ‘secret conversations’ inside Messenger, a feature that offers ‘better support about sensitive topics’ with end-to-end encryption meaning messages can only be read from the two devices involved in the conversation.

Whether you’re discussing private information like an illness or health issue with trusted family and friends or you’re sending financial information to someone, these ‘secret conversations’ are intended just for you and one other person and will also allow you to set a timer to control the length of time each message you send remains visible.

“The fact that we have 1.65 billion people on Facebook already makes Messenger the best live, self-updating address book in the world,” Messenger’s head honcho David Marcus said in an interview. “Because of the scale of our network, I feel like we really have a shot at this.”

Marcus is not wrong about the sheer volume of Facebook users. The Messenger app sees more than 900 million regular monthly users, up from 200 million in 2014. In Layman’s Terms, that’s roughly half of all American smartphone owners. That’s a whole lot of GIFS, emojis and conversations to be kept on the down-low. 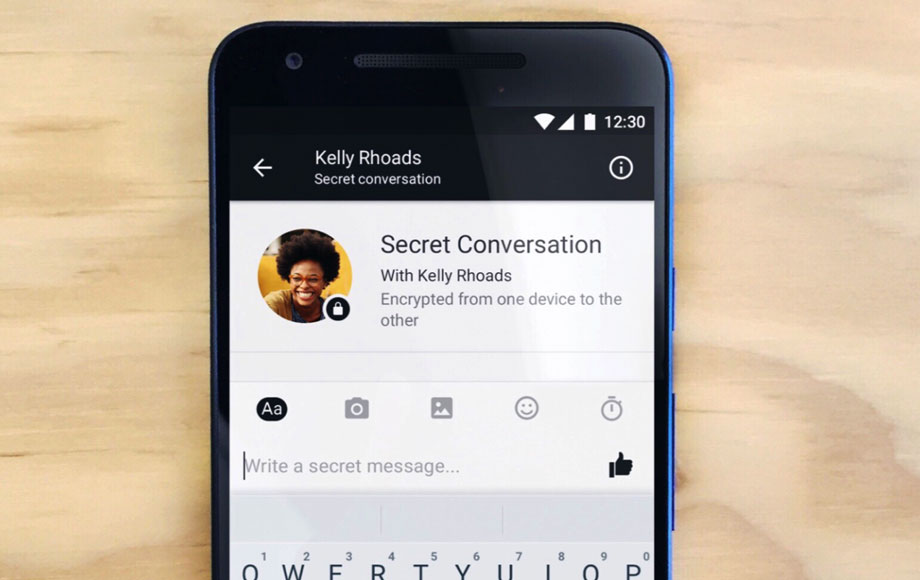